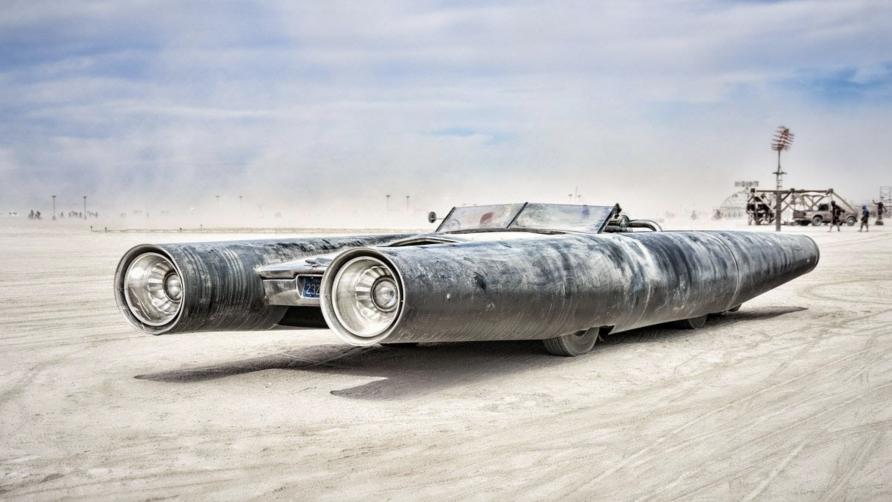 If you know anything about Burning Man festival and its rulebook, you’ll know that former pieces of art to have graced it being sold for actual money is an odd concept. Needless to say a recent auction of 'the remarkable expressions of creativity that emerge from the annual Burning Man event' was for charitable causes.

Perhaps a bargain amongst it all was this, Californian artist David Best’s Rocket Car. Built in 2003 with a 1973 Cadillac Sedan DeVille as its base, it measures over 12 metres in length – two and a bit Rolls-Royce Ghosts, for reference – and has been seen at multiple Burning Mans (Burning Men?) with up to 16 passengers aboard.

“Best’s finished art piece is like a concept car Detroit designers could only dream of,” says the festival. Though believe it or not, it appeared at the festival with a bit of leniency applied to the ‘any car allowed to drive on the Playa must be completely unrecognisable from its regular production counterpart’ rule that the Rocket Car somehow doesn’t quite comply with. So far as we can tell, their chief similarity is 'having wheels'...