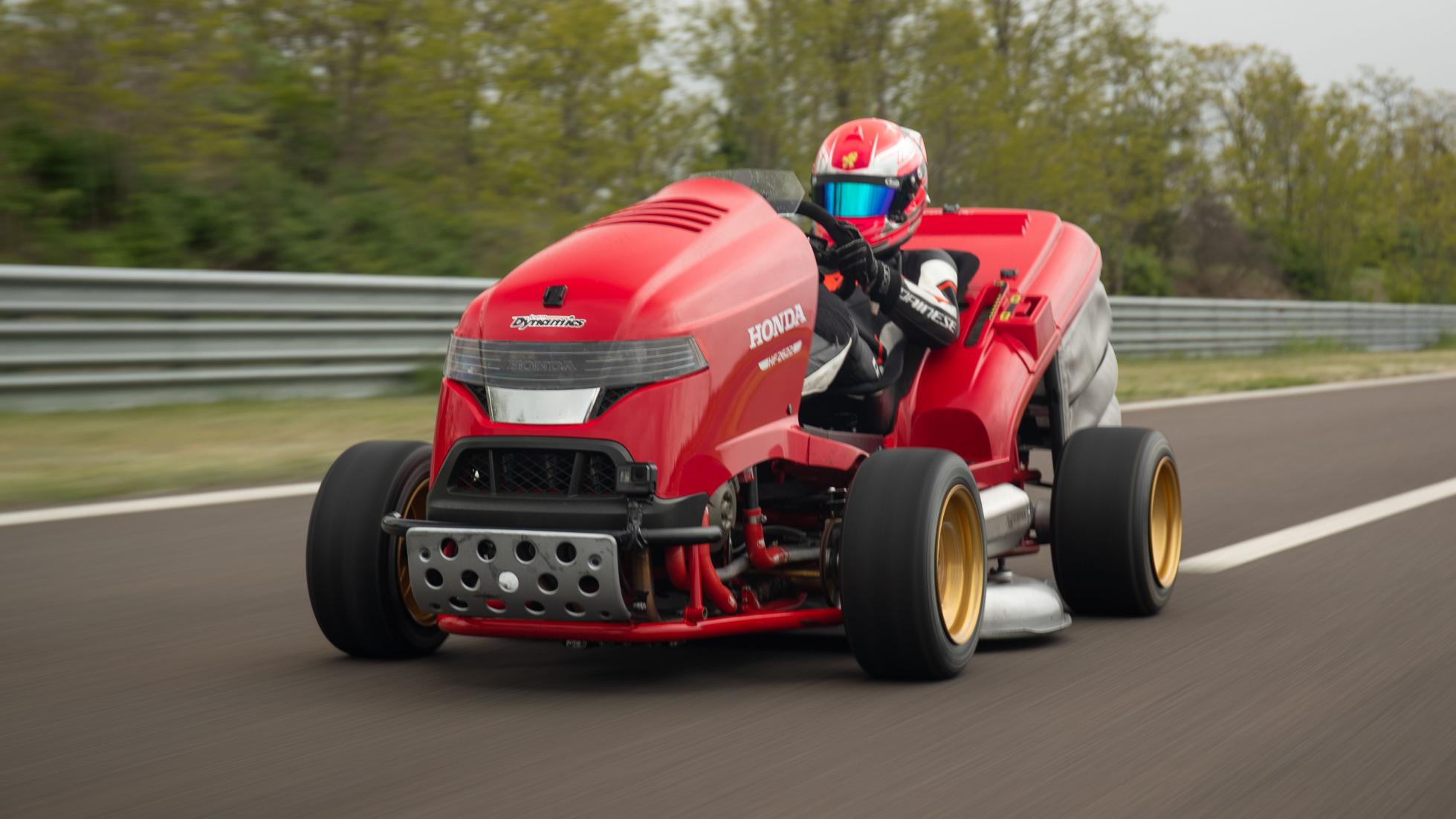 Honda’s just nabbed itself a Guinness World Record. Its latest ‘Mean Mower’ – which uses the 200bhp 999cc four-cylinder engine from the company’s CBR1000RR motorcycle – is officially the fastest lawnmower from 0-100mph (0-161kph). Because that’s apparently a thing.

W Series driver Jess Hawkins set the record last month at the Lausitzring in Germany, with a two-way average of 6.29 seconds. That makes Mean Mower V2 faster to 100mph than an Audi R8, Aston Martin DBS Superleggera or Ferrari Portofino. And none of those can cut grass.

Yep – to get the record Honda had to prove the Mean Mower, which was revealed last summer, was still capable of… mowing a lawn. To that end it has two electric motors powering carbon-fibre blades.

The rules also say the mower had to “intrinsically look like a lawnmower” to be eligible. Presumably to stop some enterprising soul from attaching a desk fan to the underside of a Ferrari 488 Pista. The Mean Mower therefore shares a front cowl, grass box and many body panels with Honda’s standard HF 2622 mower. 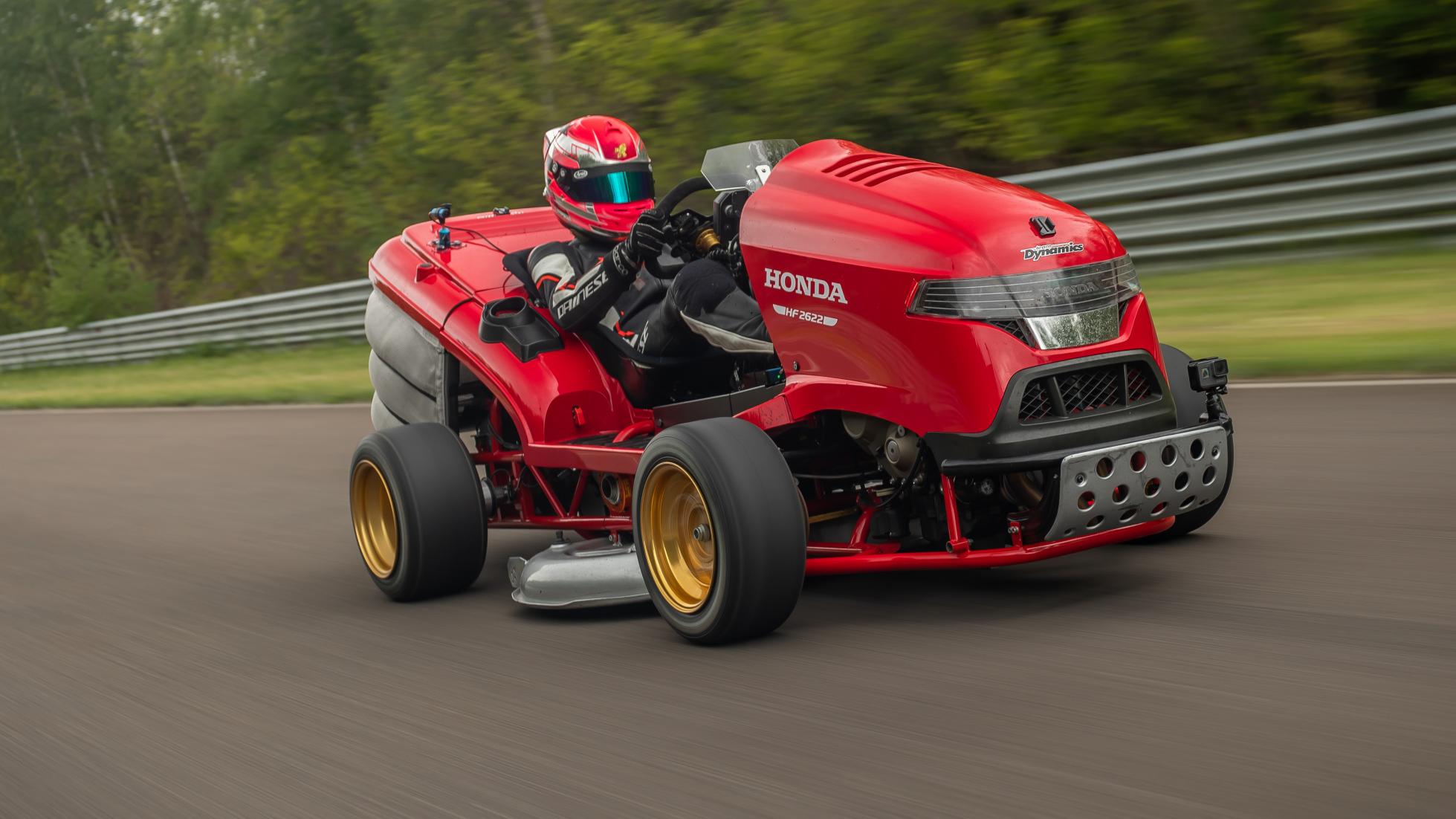 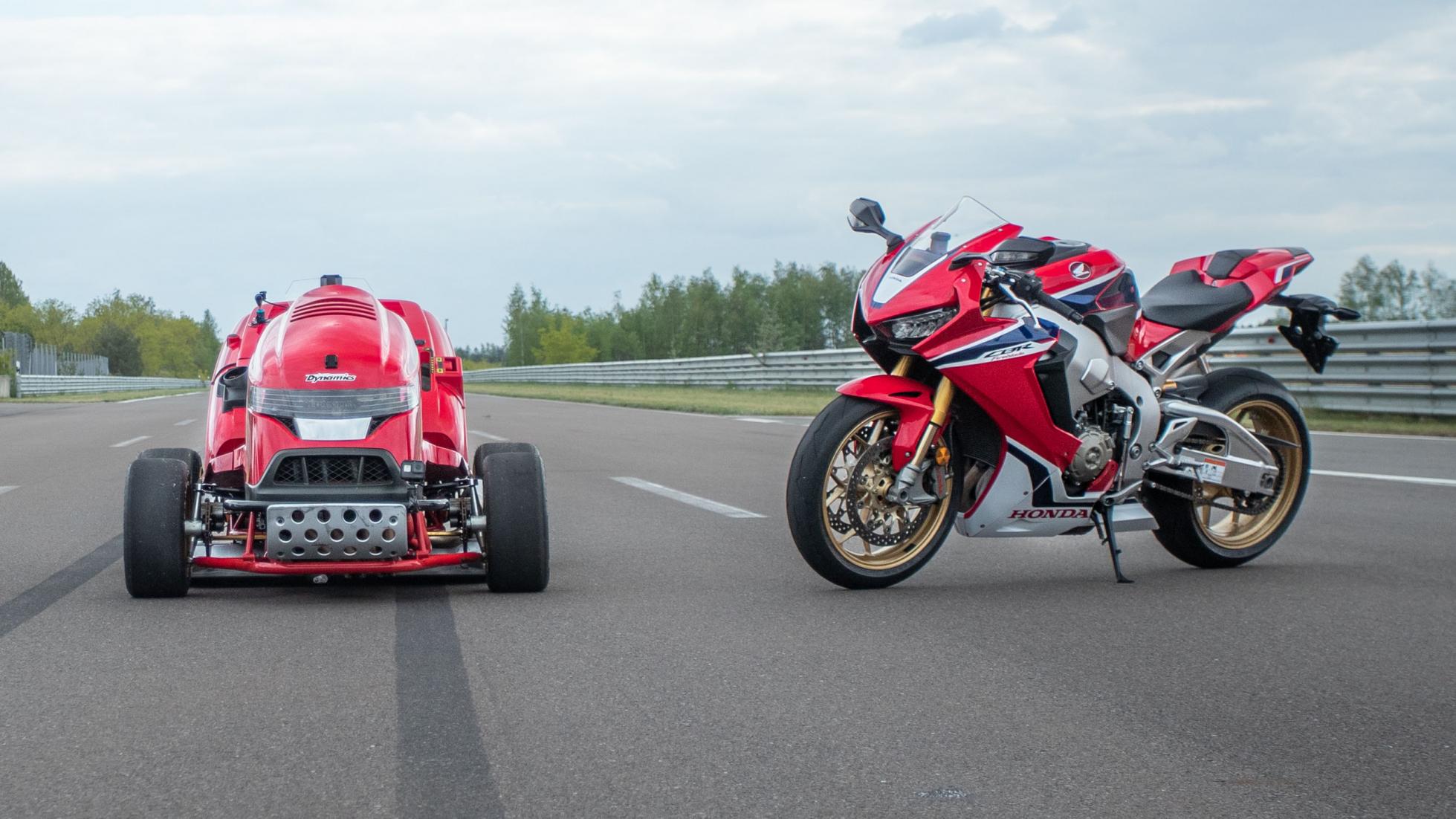 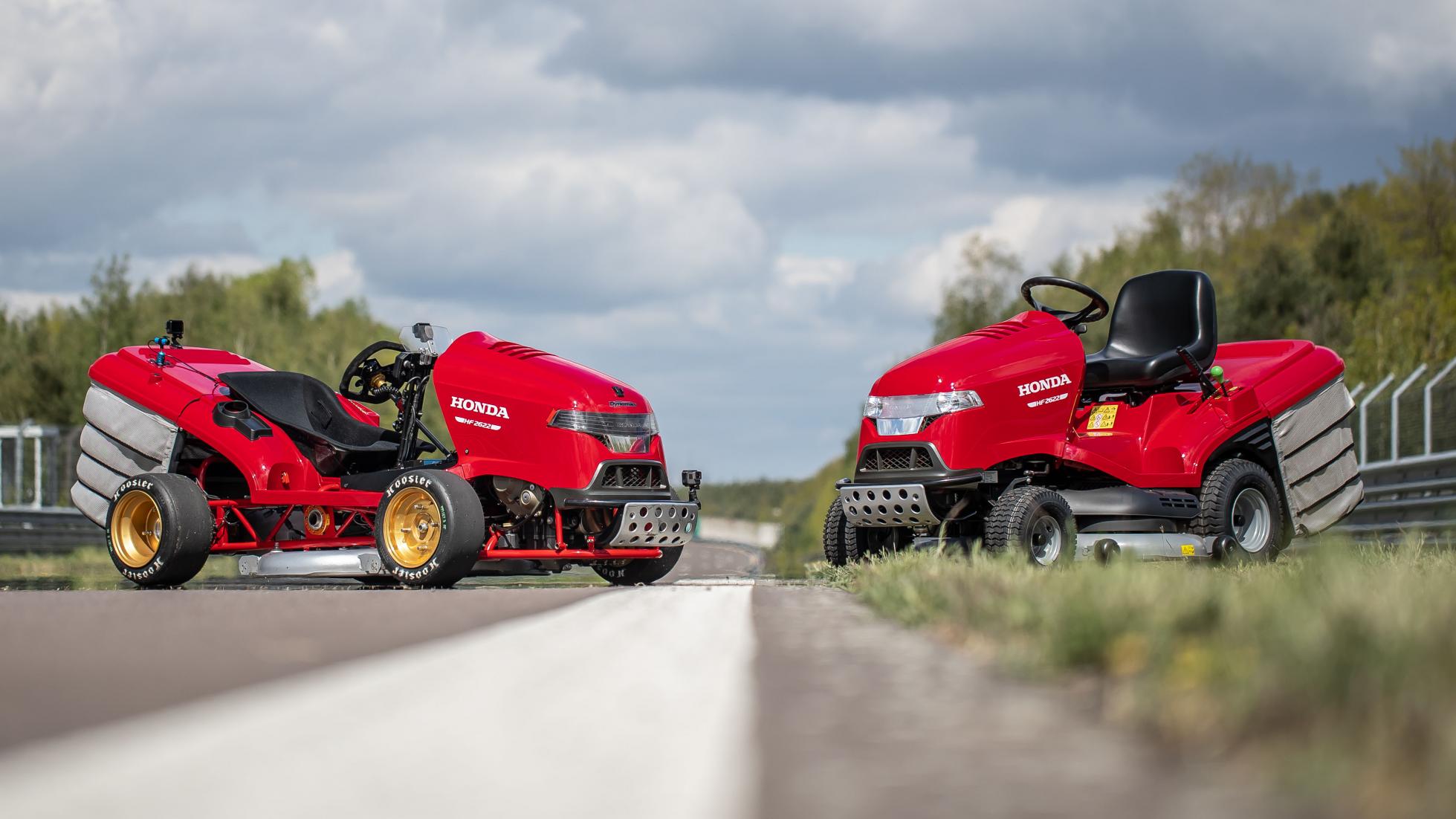 Mean Mower V2 is the follow-up to 2014’s Mean Mower – the machine on which TG’s Piers Ward claimed the record for the world’s fastest lawnmower. Piers’s record of 116.575mph (187.610kph) stood for a year, until a bunch of maniacal Norwegians attached a V8 to a Viking/STIHL T6 mower and managed 134mph (216kph).

Honda claims Mean Mower V2 hit 150.99mph (242.99kph) at the Lausitzring in the course of setting its 0-100mph record. An attempt on the outright speed record, therefore, must still be in the offing…

Click here to read about how Mean Mower V2 was made.