This is the track-only, £1m Ford GT Mk II

Welcome, everyone, to the Ford GT Mk II. Revealed today at the Goodwood Festival of Speed, it’s a track-only supercar “engineered independently of race series rules, regulations and limitations”. Ford will build 45 of these things, and charge $1.2million (RM5 million) for the privilege of owning one.

Like the existing road and race cars, the Mk II was co-developed by Ford and Multimatic. The latter’s Chief Technical Officer Larry Holt explains why it’s a thing: “The road car is obviously limited by the many global homologation requirements that it must comply with, and the race car suffers from the restriction of the dreaded Balance of Performance, resulting in it being 150 horsepower down to the road car. The Mk II answers the regularly asked question of how would the car perform with all the limitations lifted.”

Ford’s Chief Product Development Officer Hau Thai-Tang says the Mk II is “the closest GT owners can get to the 2016 Le Mans-winning performance and exhilarating feeling of crossing the finish line in the Ford GT race car”, from which the Mk II borrows some components and much know-how. This year’s Le Mans was the GT’s last – the official programme ends after the last round of the IMSA season in October, though amateur teams may run them further down the line. 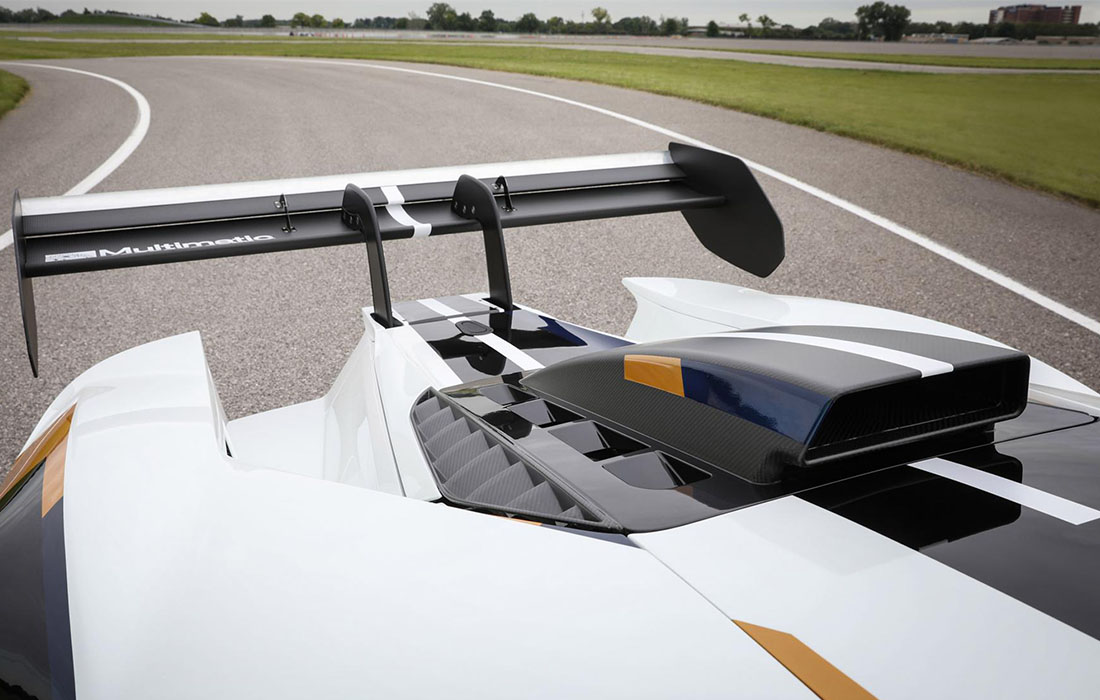 Aerodynamic changes – including a dual-element rear wing and massive diffuser, as well as new louvres and dive planes – mean the Mk II produces 400 per cent more downforce than the GT road car. Coupled with sticky Michelin Pilot Sport Racing tyres, this means it can pull more than two lateral Gs quite comfortably (for it, not you, obvs).

The road car’s adjustable ride height and drive modes have been junked in favour of five-way adjustable shocks, while the 3.5-litre EcoBoost V6 engine has been turned up to 700bhp – making this the most powerful Ford GT yet produced. The gearbox is the same seven-speed dual-clutch as the road car, recalibrated now that it doesn’t have to worry about parking or crawling along in traffic.

Ford has added a water spray for cooling, and a whopping great air intake that feeds auxiliary engine, transmission and clutch coolers. This is also the most obvious visual change for the Mk II over the normal race car. The brakes are the road car’s carbon ceramics – Ford says these give greater stopping power than the GT racer.

Inside it’s stripped out before a six-point harness, optional passenger seat and data acquisition system are added in.

Would you have one of these over, say, a McLaren Senna GTR? Or perhaps more importantly, is there much point in a car like this – that is eligible for no race series yet can’t be driven on roads? 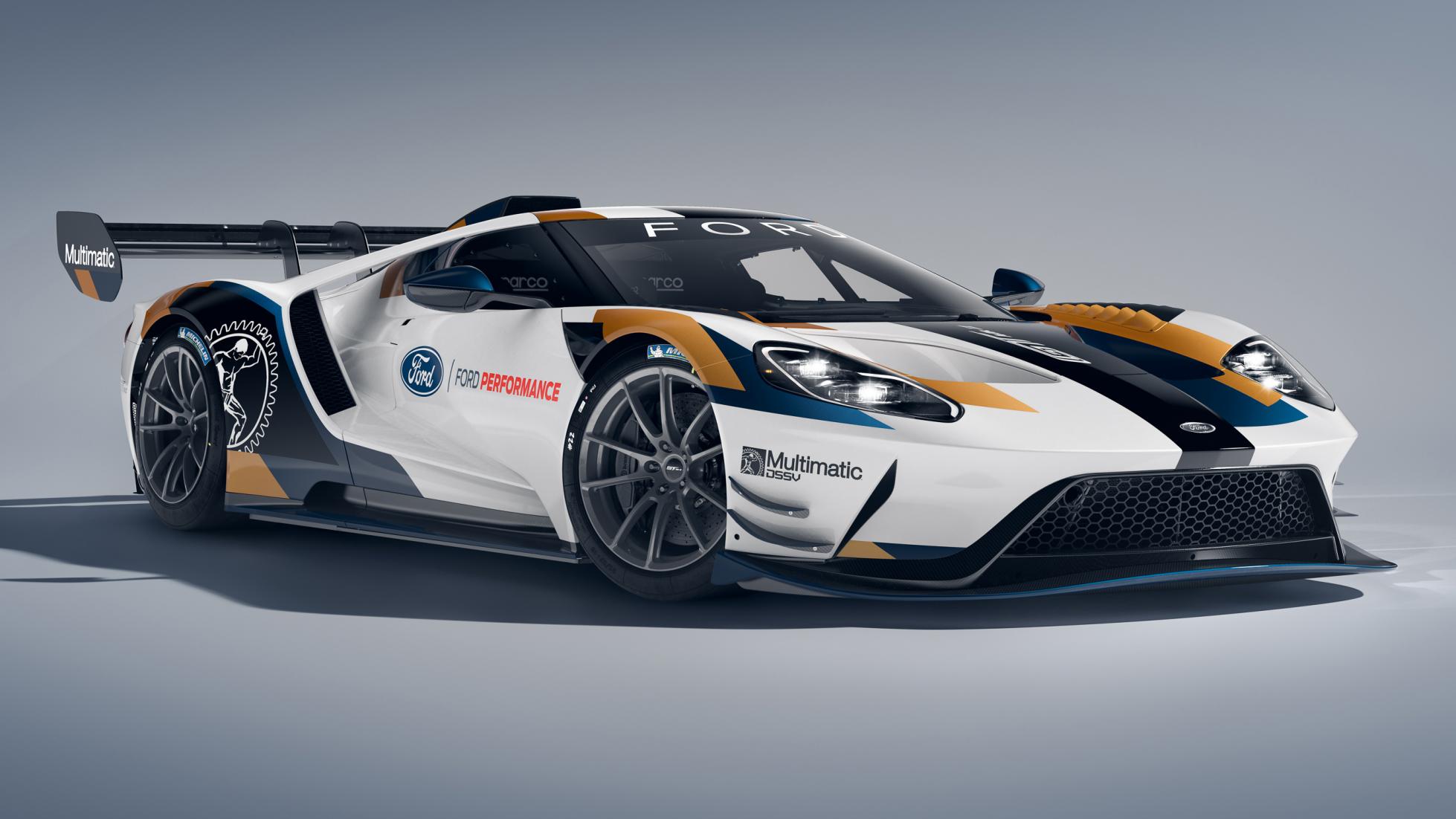 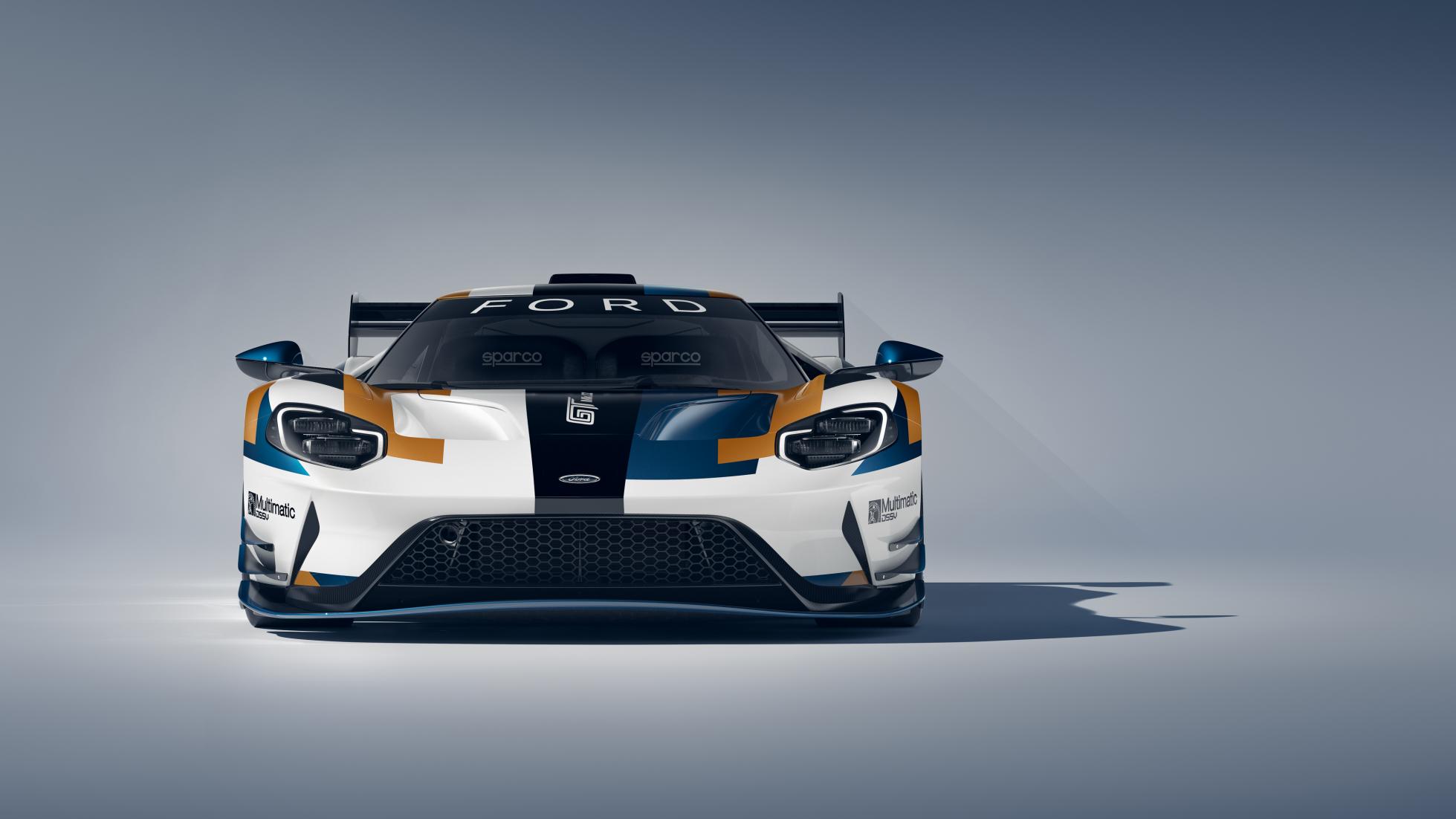 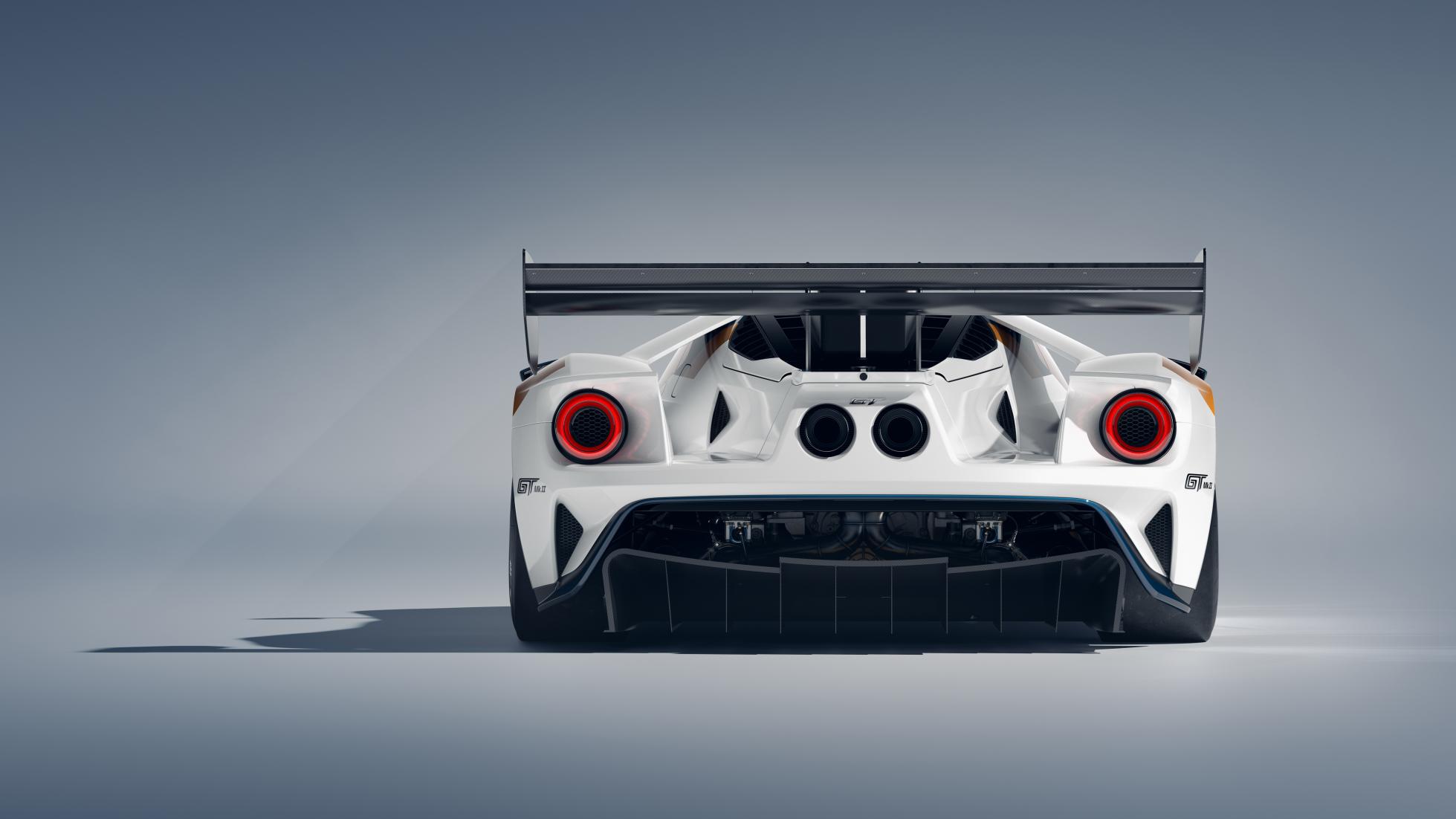 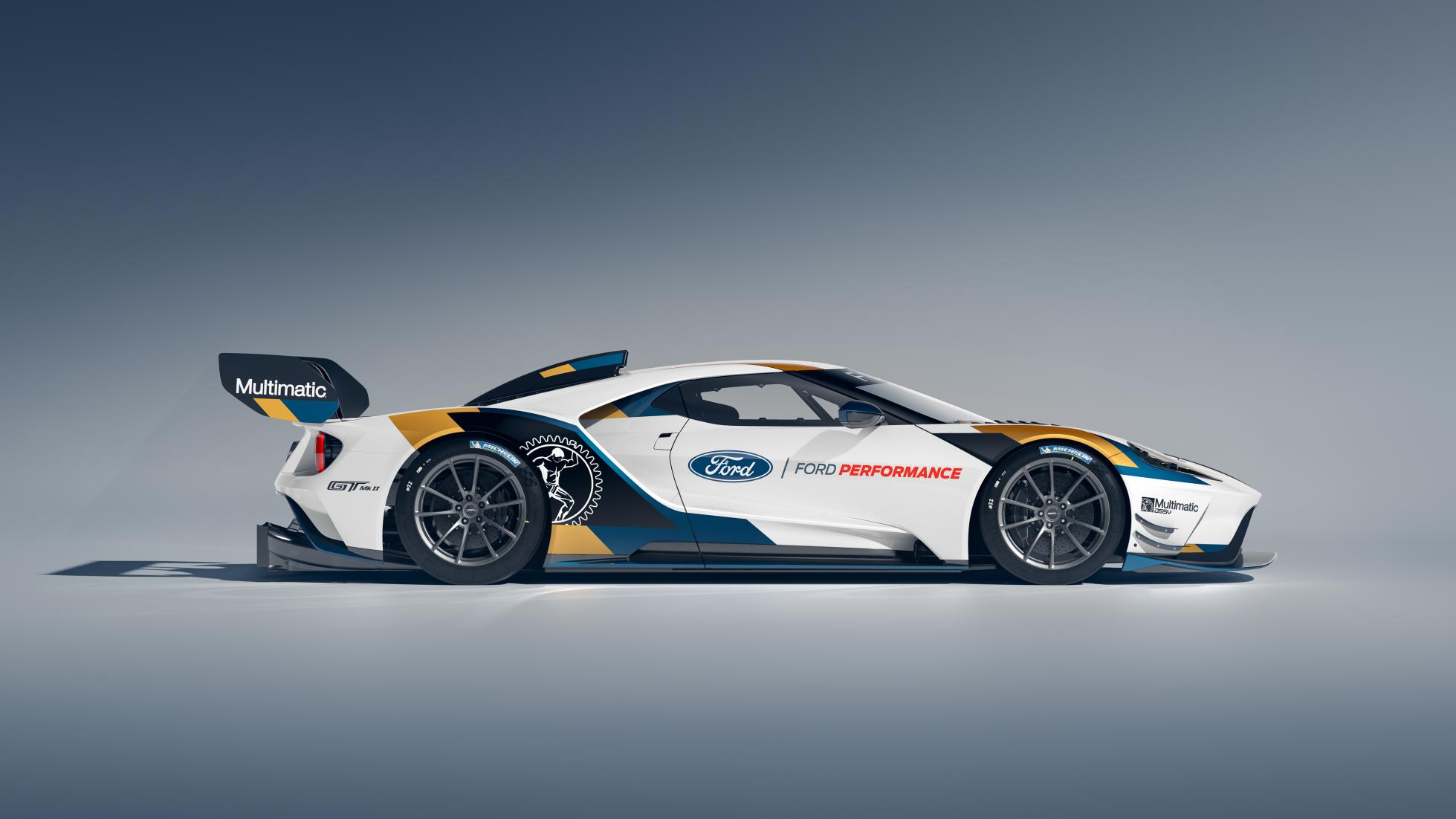 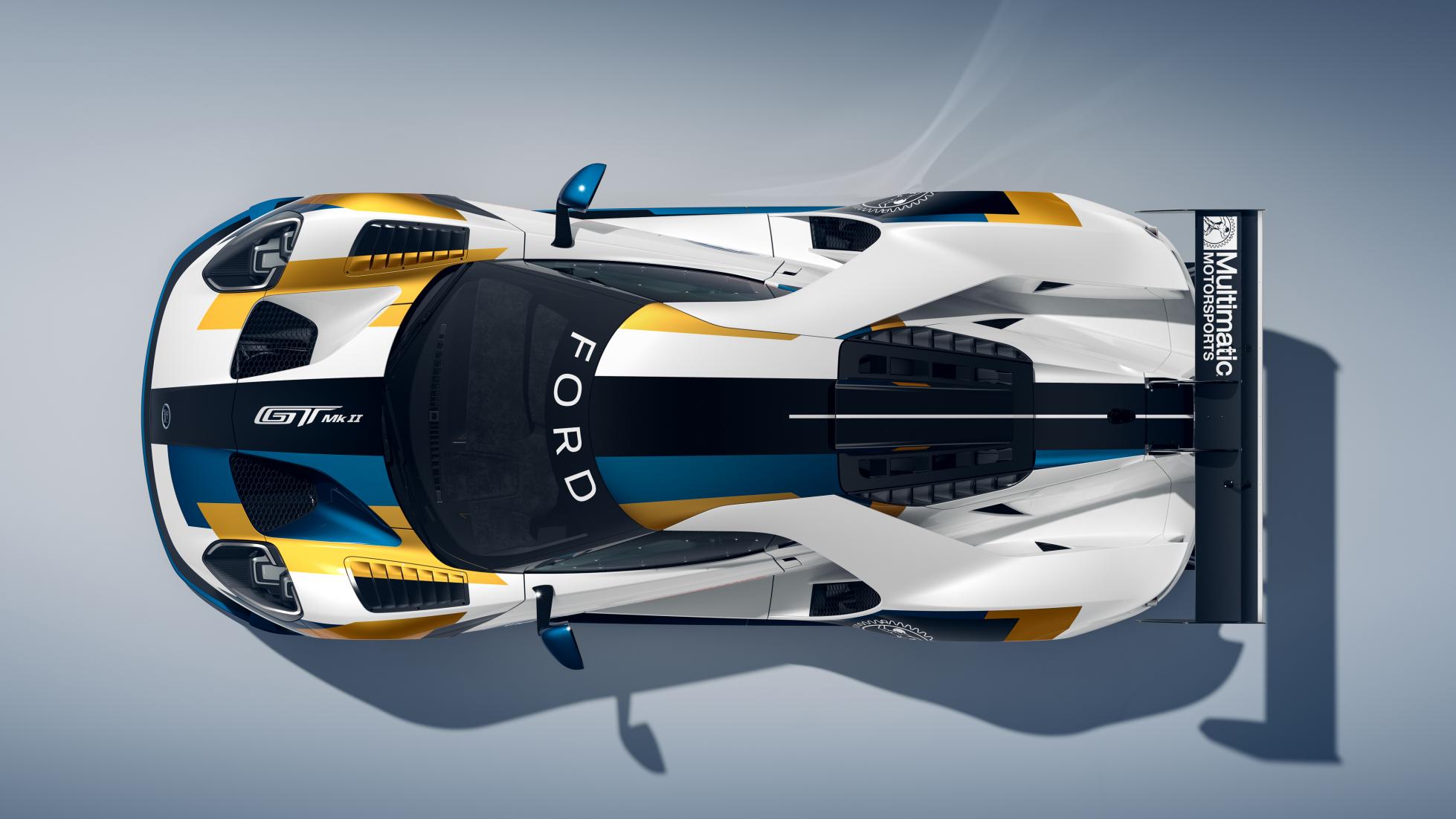 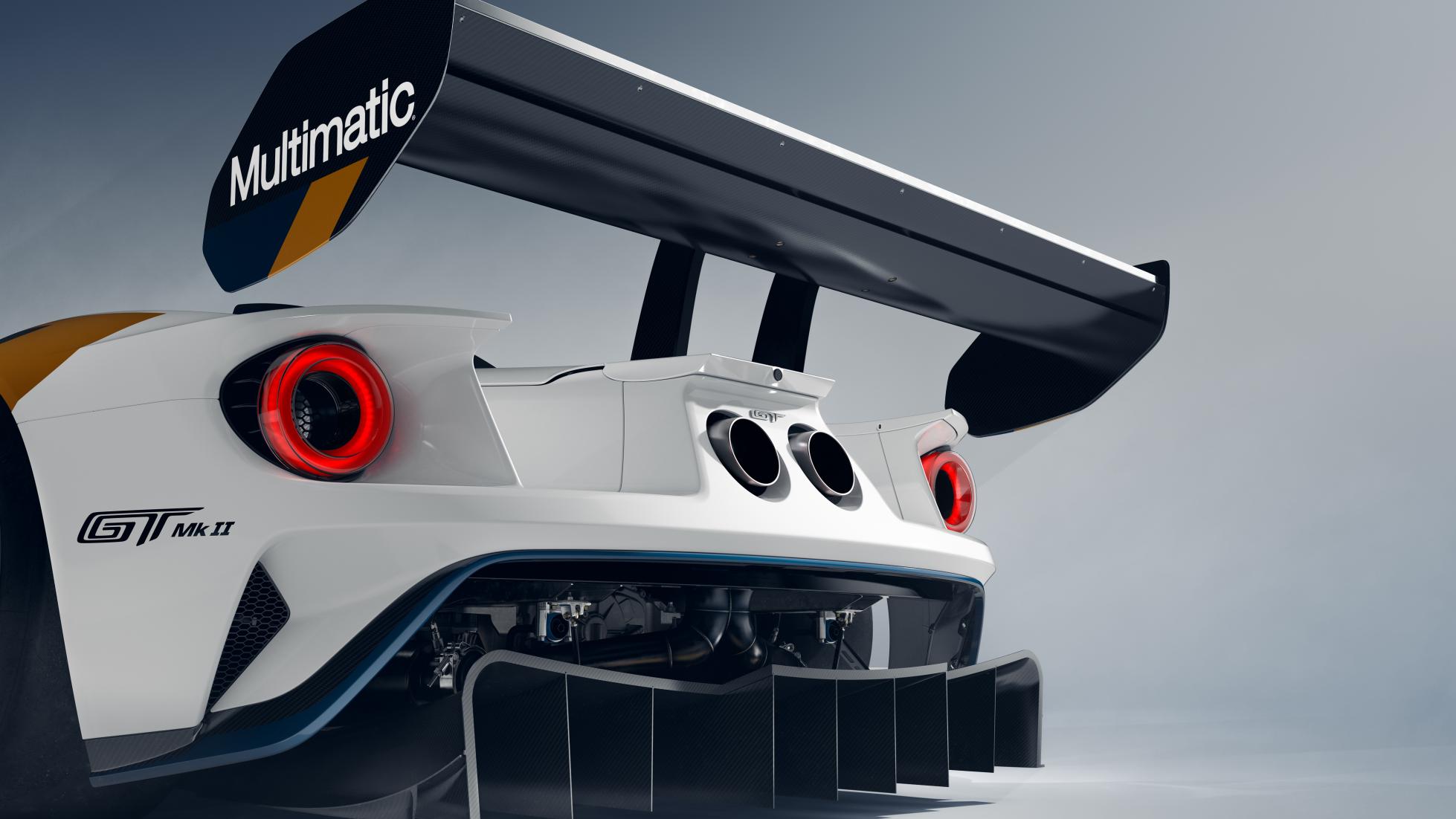 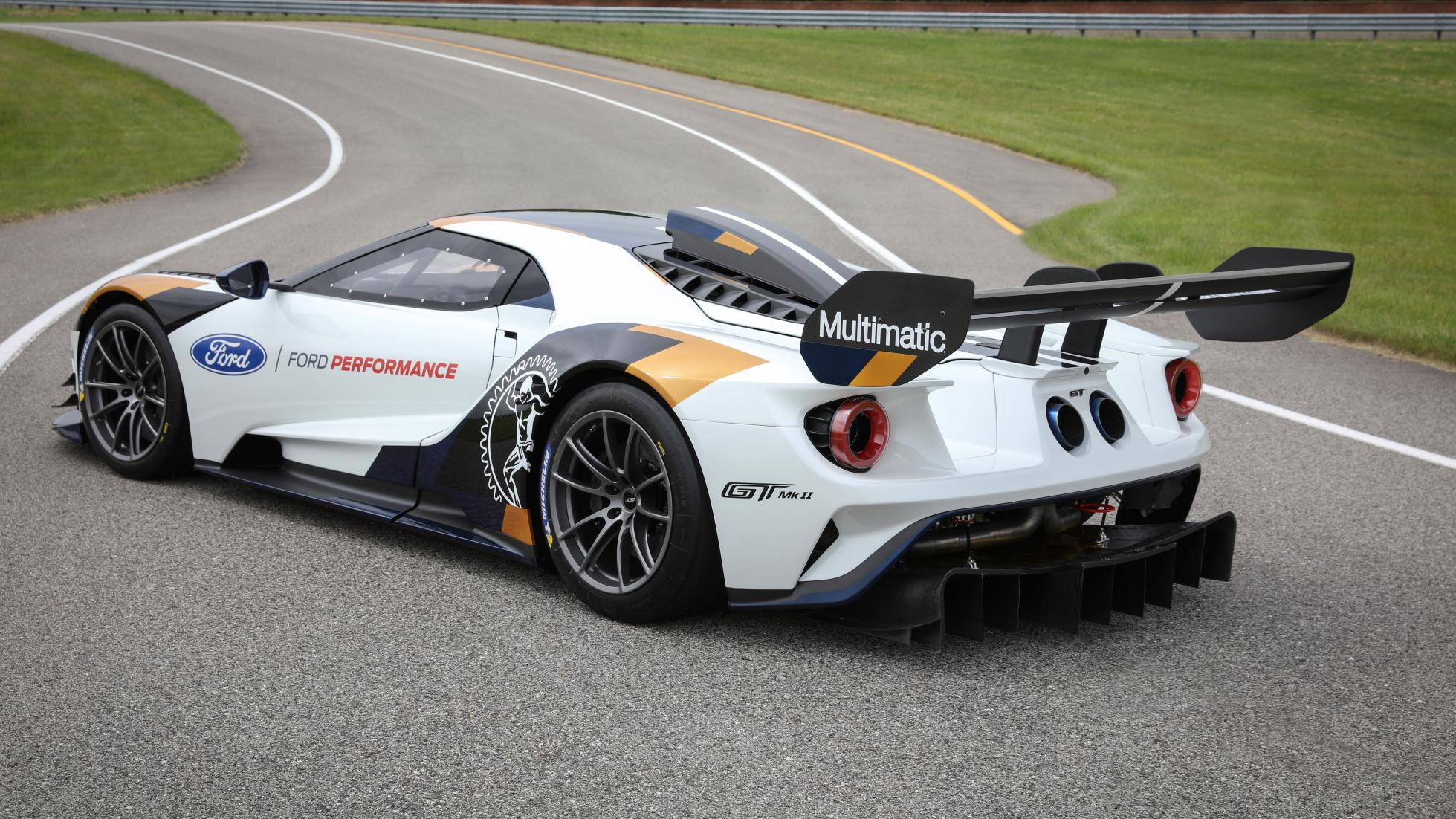 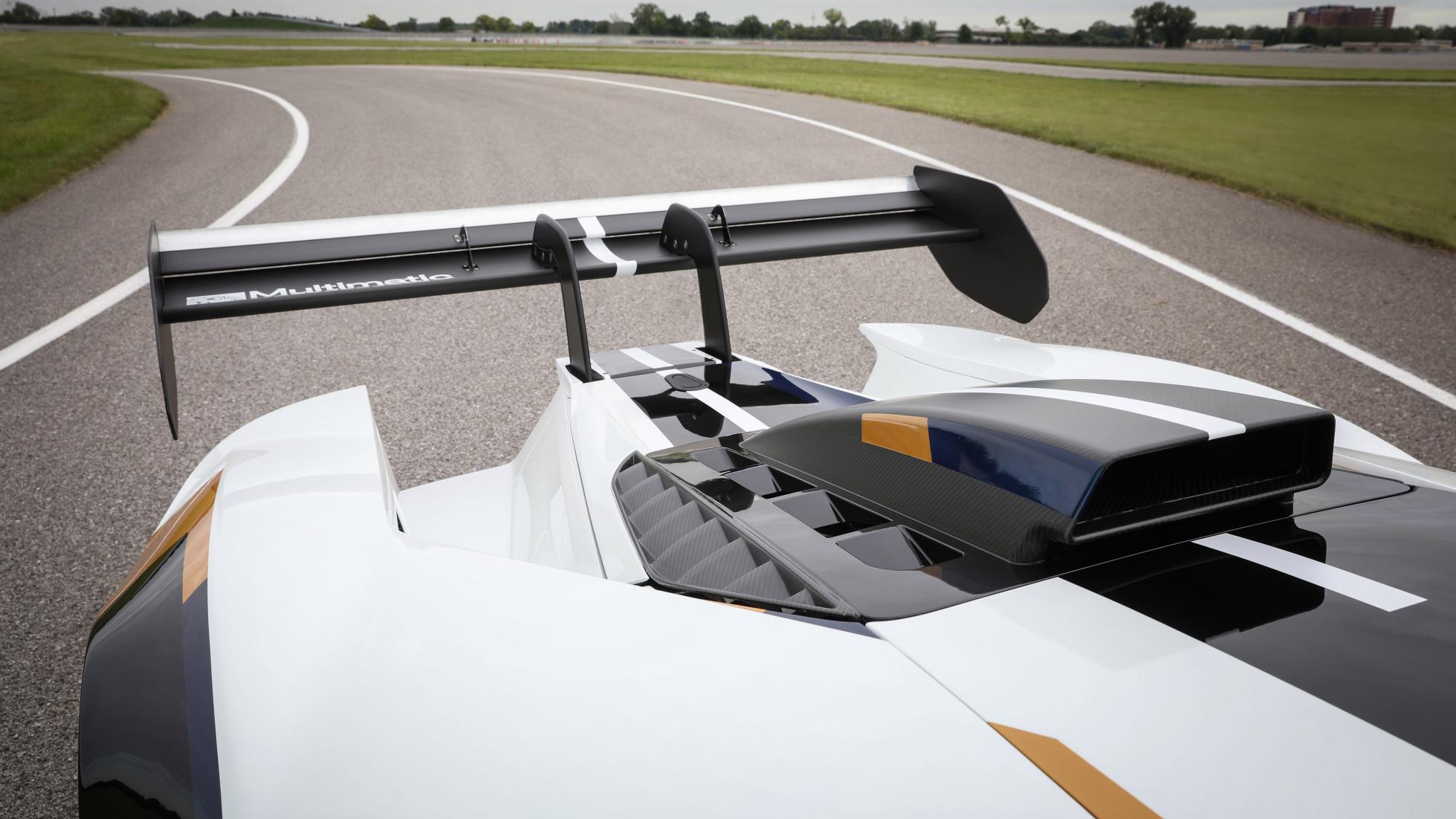 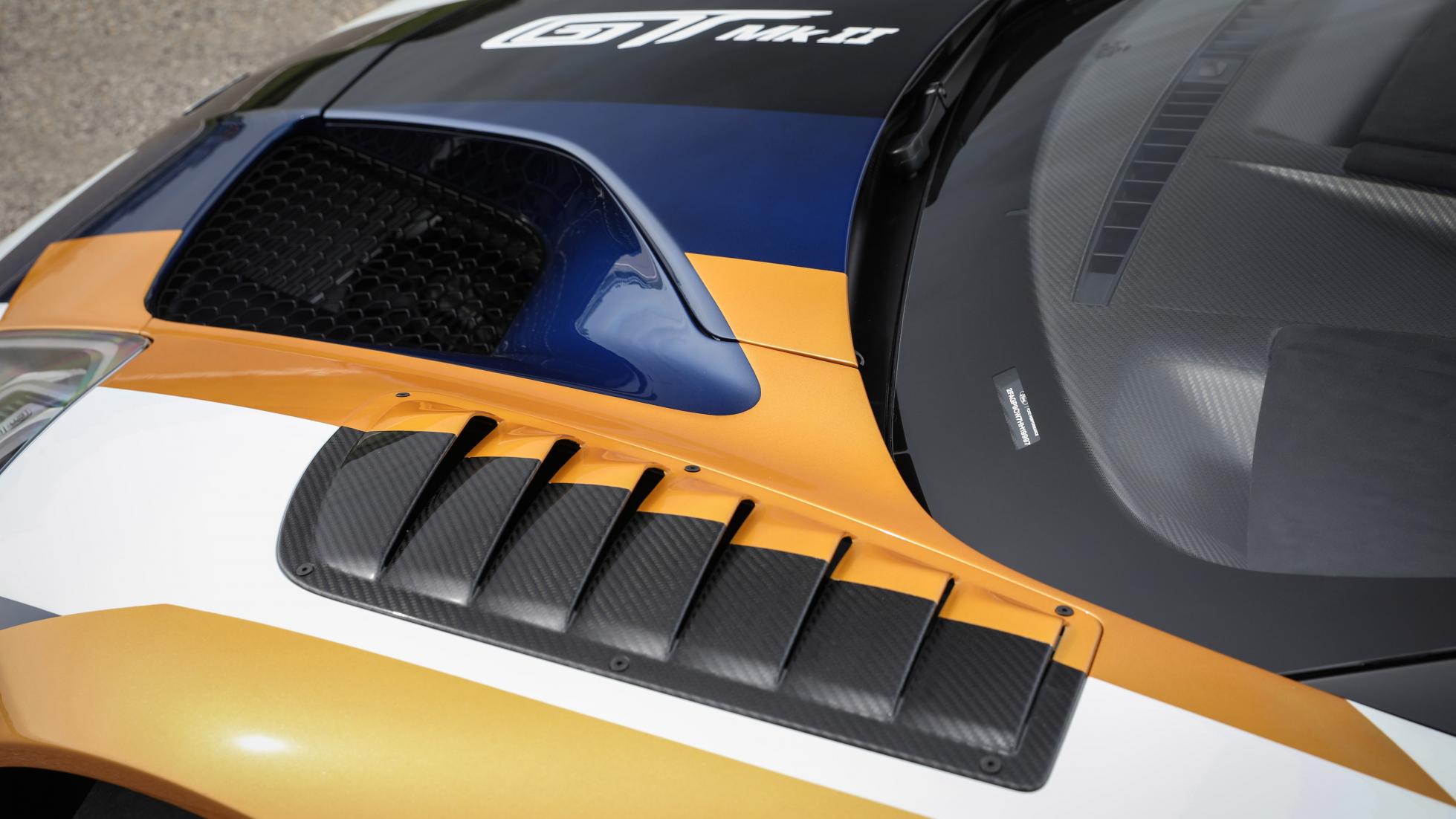 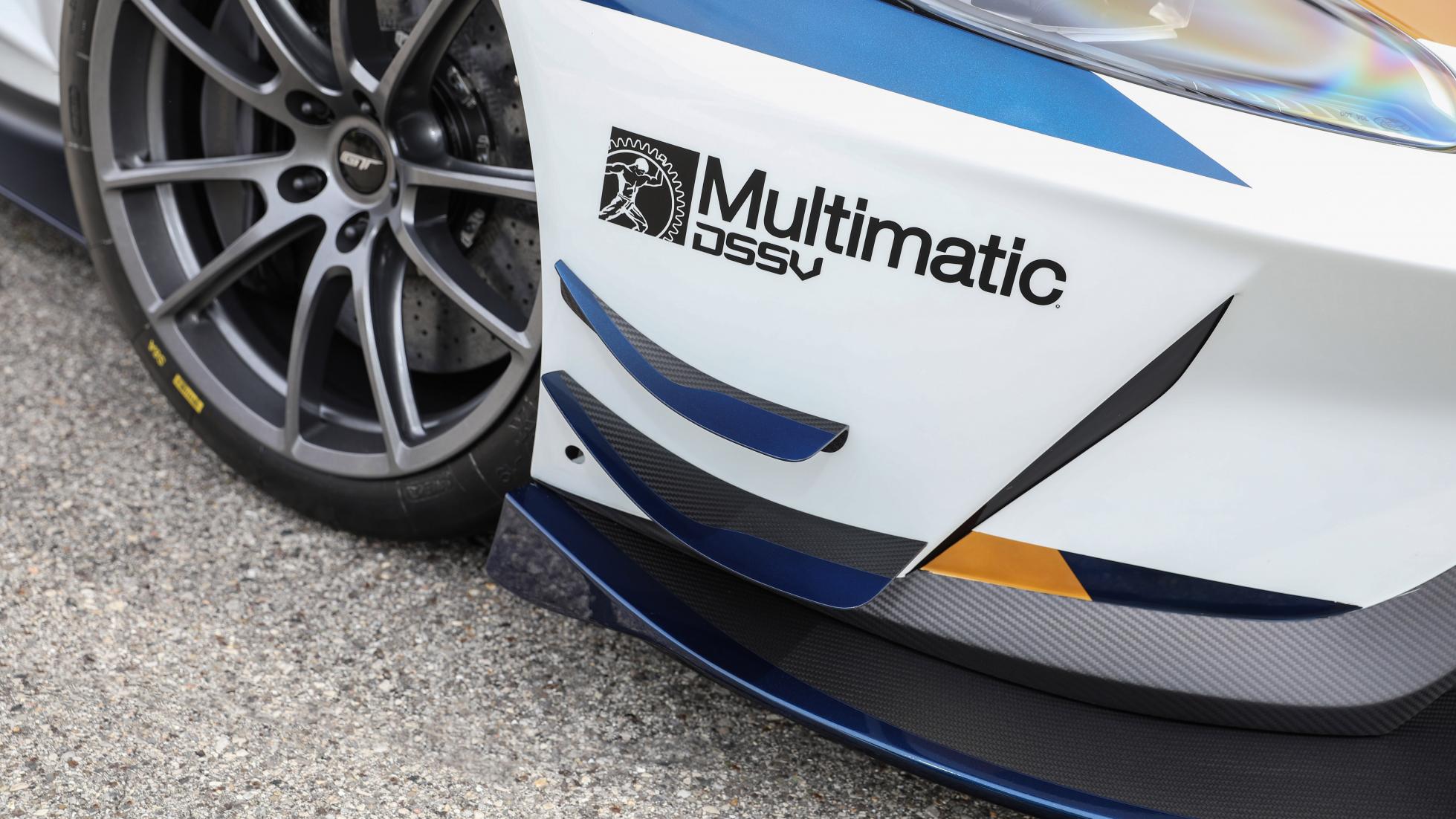