This is the one-off 550bhp secret BMW M5 CSL

This is the one-off 550bhp secret BMW M5 CSL 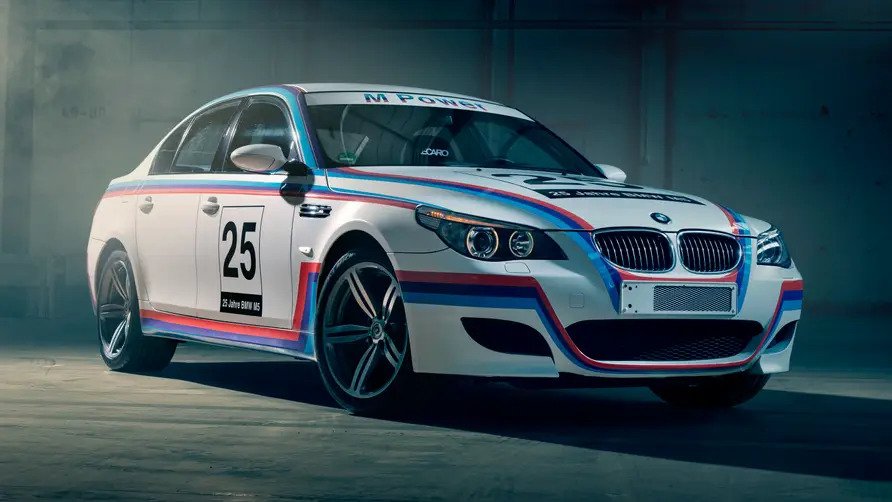 I know what you’re thinking. It looks like a 'Ring Taxi. Maybe that was the intention, the perfect disguise for a prototype as it pounded around the Nürburgring, although Harry, who runs this facility, reckons the livery was added later. The E60 M5 was the most hardcore regular M5 there has been. I always think M5s go in waves. You get a relatively soft centred one (the E39 V8), then this car went the other way. The one after, the F10, was a bit podgy. The hunt for a sweet spot perhaps.

What matters here is that they were going to take the most uncompromising M5 there had ever been. And intensify it. The standard car, famously, came with the S85 naturally aspirated 507bhp 5.0-litre V10 that developed peak power at 7,750rpm, revved well past eight grand and loved to go there. It was mated to a seven-speed sequential manual gearbox that even back then was considered a bit of a head-banger.

There’s a process all these secret CSLs have been through. An idea morphs into a casual project. That leads somewhere so a development car is commissioned. A feasibility study happens (could it be a commercial reality? Will it make the company money? Does it fit in the brand portfolio?) and if the engineers, managers and designers are convinced they’re on to a good thing, they’ll pitch it to the board. This is where most projects die.

This one never made it that far. For reasons that are lost to time – or BMW doesn’t want to divulge – the E60 M5 CSL was stillborn. There’s a visual clue to what’s been done. See the extra grille where the numberplate should be? It was needed for extra cooling, because the V10 was bored and stroked out to 5.4 litres. Around 550bhp. They’re not exactly sure, because it was never dyno’d.

The bigger news was the gearbox. No, not a manual conversion. That popular aftermarket retro-fit was not what BMW had planned for its forward-looker. This one had a twin-clutch gearbox, the same one fitted to the E92 M3.

And then they set about the weight. The interior is fabulously mismatched, the one piece Recaros appear to have been bolted in at the last minute, the flocking that replaced the rear seats is baggy. Nevertheless, over 100kg was stripped out – that, apparently, is always the target – but then it stopped. BMW isn’t saying what killed this, or any other CSL, so either you feel happy knowing what they were up to behind the scenes, or sadness at what might have been.

Me? I’m imagining M engineers pounding around in their own 'Ring Taxi, grinning wolfishly.