This is our first look at Audi's new Le Mans car 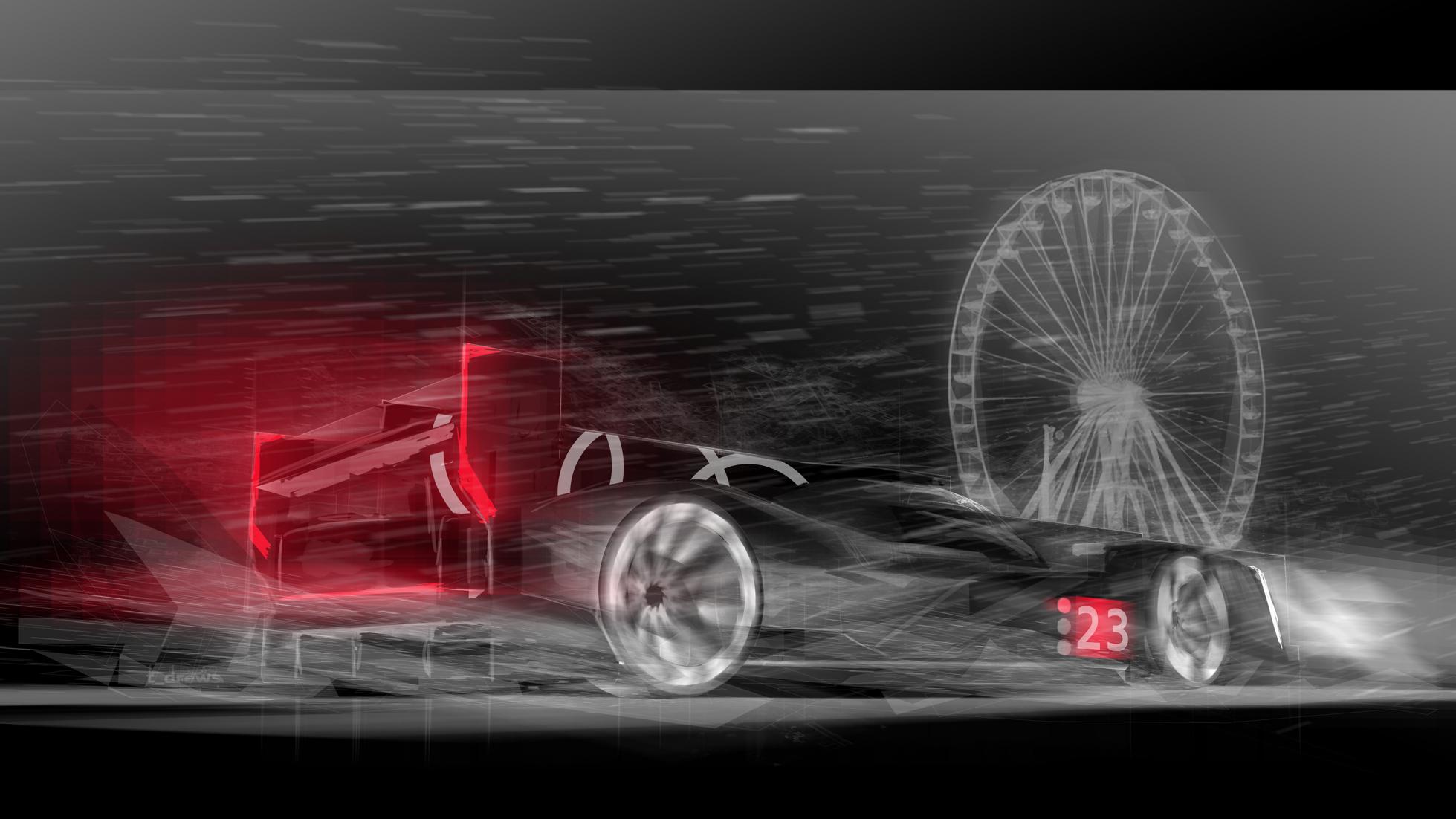 Well, here’s our first glimpse at its hybrid Le Mans car for 2023. And rather like Audi’s e-tron GT road car, it’s being developed with the help of Porsche – the company who started nicking Audi’s endurance podium spots in the mid 2010s. Interesting, given Porsche will be racing in 2023 too. They’re one-two in the list of Le Mans’ most successful ever carmakers, by the way, with 32 wins between them.

“A great strength of the Volkswagen Group is the collaboration of the brands in the development of road cars,” says Julius Seebach, Audi Sport MD. “We are now transferring this proven model to motorsport.”

Our first look at the endurance racer is obviously early – over two years before it’ll spend 24 hours lapping a French circuit disrupting the sleep of ruinously hungover stag dos, despite the electric motors that’ll make up part of its powertrain.

“We have selected a chassis partner and decided on an engine concept. Together with our colleagues from Audi Design, we are currently defining the look which will excite our fans,” says Andreas Roos, Audi Sport’s factory racing boss. “Our goal is for the first prototype to be on its wheels early next year and to complete its roll-out in the first quarter.”

The car will test intensively in 2022 before making its debut at the 2023 Daytona 24 Hours, held in January and a traditional litmus test of cars aiming for Le Mans glory the following June. And this new car is being aimed at customer teams, too, so you can expect the tech involved to be kept somewhat under control.

As for the Dakar car, which’ll debut much earlier – racing at the beginning of 2022? Well, we’ve not seen that yet. “Of course, the Dakar team is under greater time pressure, because there are only just under eight months left,” says Roos. “We are running both projects in parallel with the highest priority.”