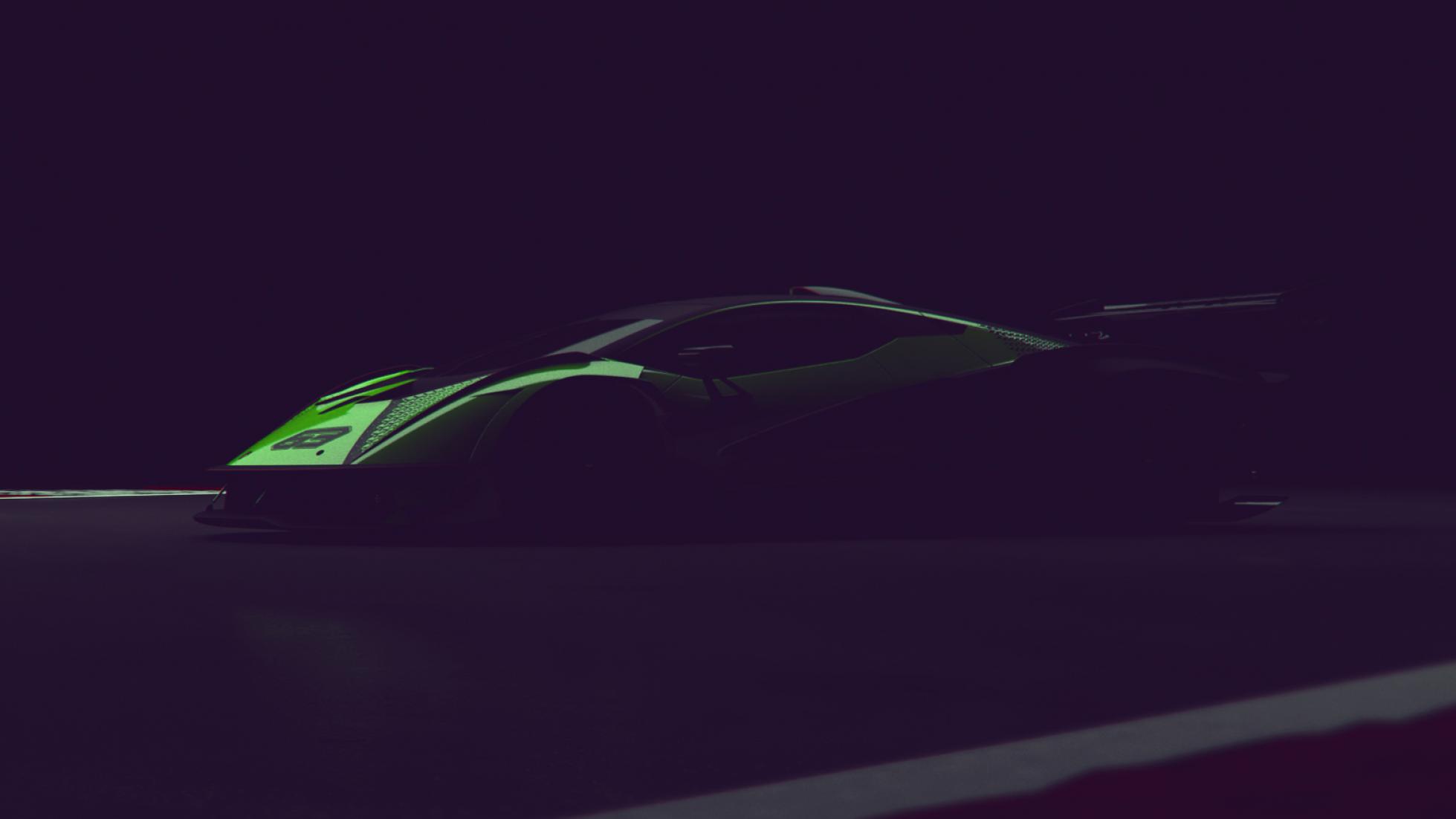 Lamborghini’s motorsport division – Squadra Corse – has been let loose to build a track-only, V12-engined hypercar, the first glimpse of which you can see above. Exciting times are afoot for the world’s billionaire trackday-ers, then.

What do we know so far? Well, squint hard at the image above and you’ll be able to see a roof scoop, front splitter and huge rear wing, as well as some seriously sharp lines. Lamborghini’s designers obviously had no road regulations to worry about, and apparently the as-yet-unnamed hypercar won’t be going racing any time soon, so those pesky FIA rules can’t contain it either.

Under the bonnet will be a revised version of the Aventador’s 6.5-litre naturally aspirated V12 engine. Said engine was already turned up a notch for the road-going Aventador SVJ of course, where it produced 759bhp, but Squadra Corse has apparently managed to extract a terrifying 830bhp. Crikey.

That power will be sent to the wheels via a six-speed sequential Xtrac transmission, and there’s a mechanical self-locking diff that can be altered depending on the circuit and track conditions. The engine is housed in a steel rollcage, the front is an aluminium frame and there’s a carbonfibre monocoque in the middle.

That’s your lot for now. We’ll bring you more news as we get it, but for now let’s have a bit of a debate. Do these limited-edition track-only hypercars get your blood pumping? Or is unattainability getting a little unattractive?