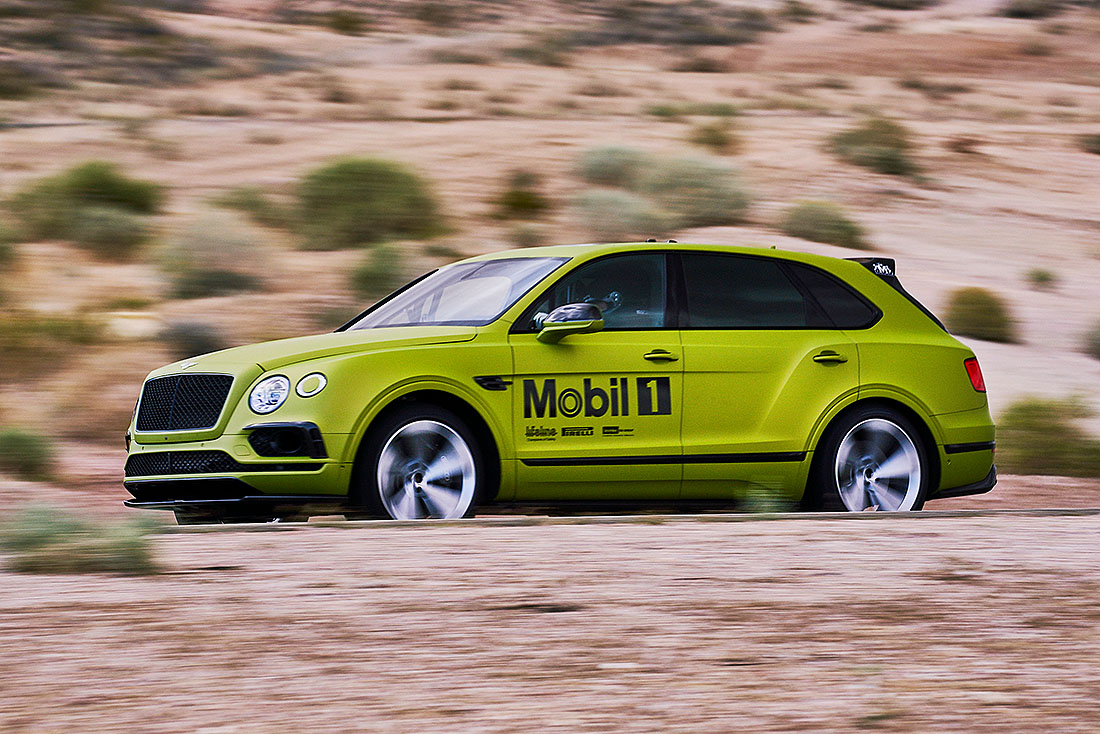 Bentley has finished work on its Pikes Peak car. Pikes Peak is a scary mountain climb that happens once a year and tests drivers’ nerves and skill. Bentley’s Pikes Peak car is… a massive, 600bhp Bentayga SUV.

Yup, the Crewe carmaker is gunning for an outright ‘production SUV’ record at Pikes Peak this year, and has tricked out one very special Bentayga.

So the drivetrain remains unchanged: 6.0-litre, W12-engine, 900Nm and – in road-going trim – the ability to hit 100kph in 4.0secs. It’ll also max out at 300kph. Plus there’s the usual gamut of 48V electric anti-roll control and adaptive air suspension.

Bentley has stripped around 300kg of interior trim for this run (it’s allowed, don’t worry), though staggeringly, it remains a two-tonne plus car. There’s a roll cage, fire extinguisher and racing seat, special Pirelli tyres and an Akrapovic exhaust system. Presumably to please the onlookers.

Rhys Millen is the man charged with taking the Bentayga up the mountain, and according to calculations he must average 97kph the entire way to beat the target.

“The course is one you can only attack with a car that can gain and lose sped very quickly, because it’s so tight and twisty,” Mr Millen says. “The combination of 600bhp, 900Nm and carbon ceramic brakes means that the Bentayga can accelerate and decelerate incredibly hard – and that’s what I’ll be counting on for my run.”