Another motor show, another Audi e-tron. They’ve been churning them out recently – not just the e-tron SUV and e-tron Sportback, but the PB18 e-tron supercar and the self-driving Aicon. The message from Audi is clear – it’s going in hard on electric and getting in there before rivals. Well, except Tesla. Saturating the automotive airwaves with product means BMW and Mercedes have to work hard to make themselves heard.

The chatter isn’t going to subside anytime soon. Between now and 2025 Audi will add 12 all-electric cars, giving it across-the-board presence in a diverse range of shapes and sizes. Last year Audi sold over 1.8-million cars. In seven years time it reckons a third, some 600,000, will be electric. If that’s the case we’re in for a turnaround of some magnitude.

What we haven’t seen yet is an affordable one. The e-tron GT does nothing to change that. It’s a concept at the moment, but will arrive in production form at the end of 2020, joining the e-tron SUV (on sale early next year) and e-tron Sportback crossover (coming late next year).

The e-tron GT uses a “more than” 90kWh battery pack that fills the space between the axles. There’s a motor front and back to provide quattro traction and torque vectoring. Total system output is 590bhp, good for 100kph in 3.5secs and 200kph in 12secs (Porsche quotes the same figures, but puts ‘under’ in front of them). Max is 240kph, WLTP range is 402 kilometres, and 800 volt charging means you’ll be able to charge to 80 per cent in 20 minutes.

So far, so familiar. And predictable. Now for the less well known stuff. Brake energy recuperation will be a big deal. Up to 0.3g you won’t be using the ceramic disc brakes at all, just reversing the polarity of the electric motors. That should take care of 90 per cent of all your braking needs and you’ll be able to pull paddles to vary the deceleration – just like engine braking on downshifting. That’s not new: Hyundai has it on the Kona EV. There’s a 450-litre boot and a 100-litre ‘surprise’ under-bonnet area. Everyone’s doing them these days.

Inside, Audi claims a vegan interior. The leather is synthetic, there’s a microfibre headlining and the carpets are made from recycled fishing nets. Presumably they remove the dolphins from them first.

The skateboard electric platform endows the e-tron GT with a similarly low centre of gravity to the R8. Safe to say it’s not being pitched in quite as sporting a direction. Don’t worry though, doubtless Audi will have an electric R8 along before 2025. 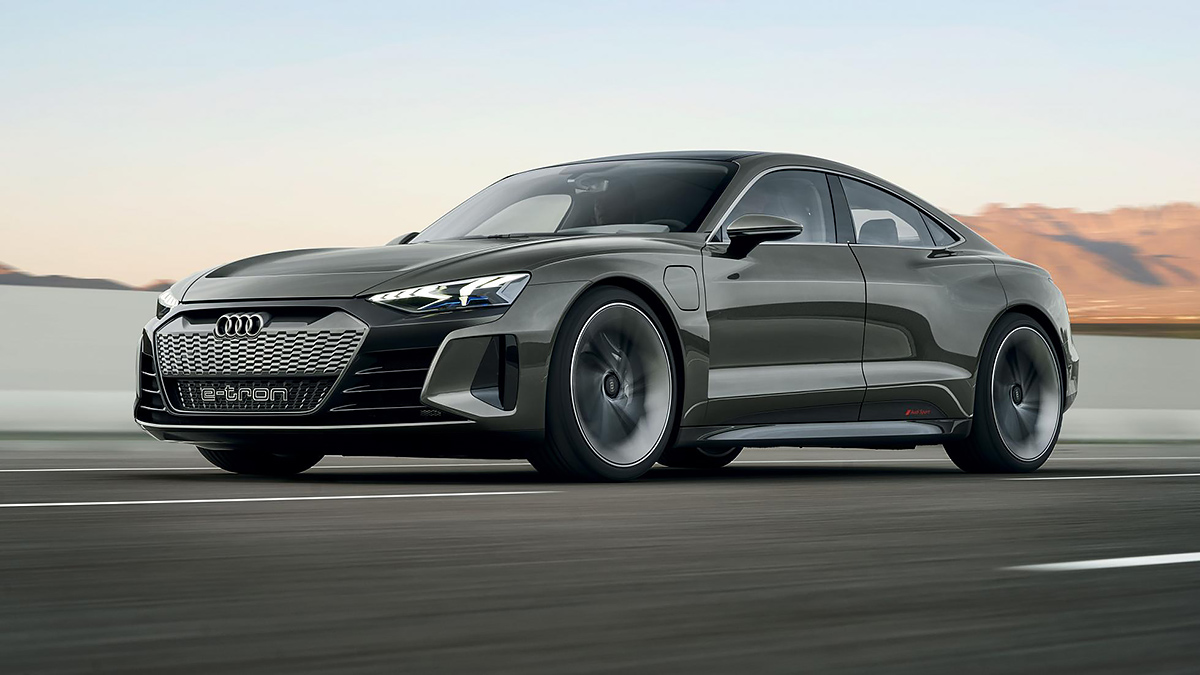 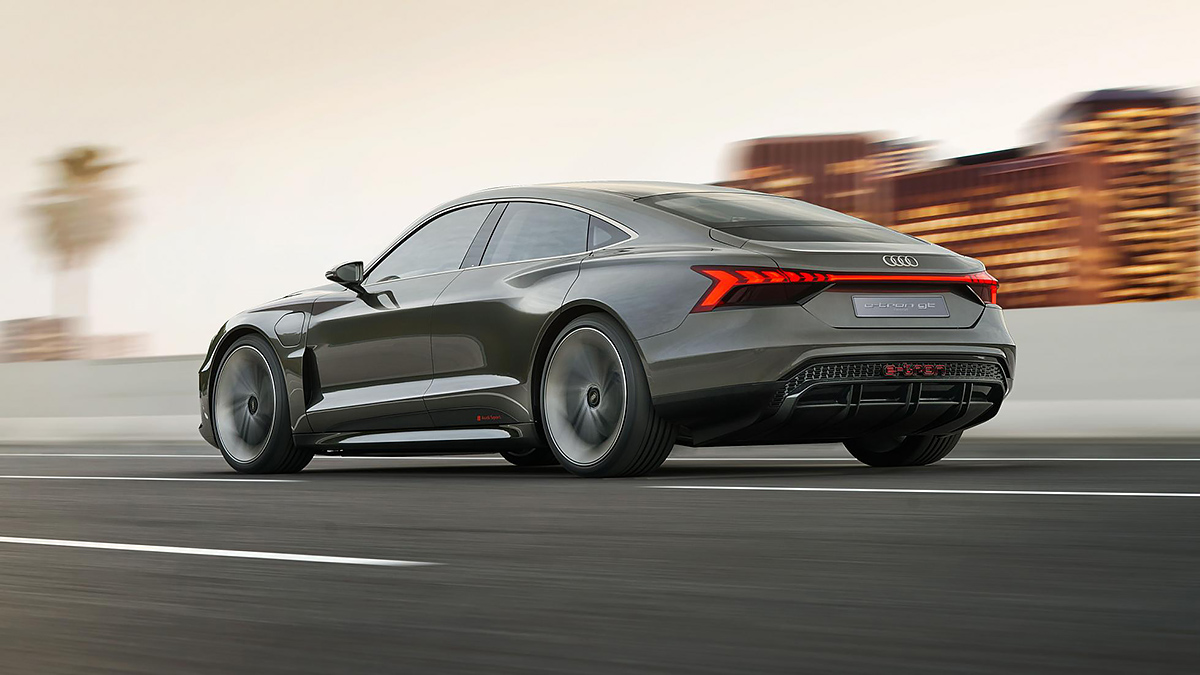 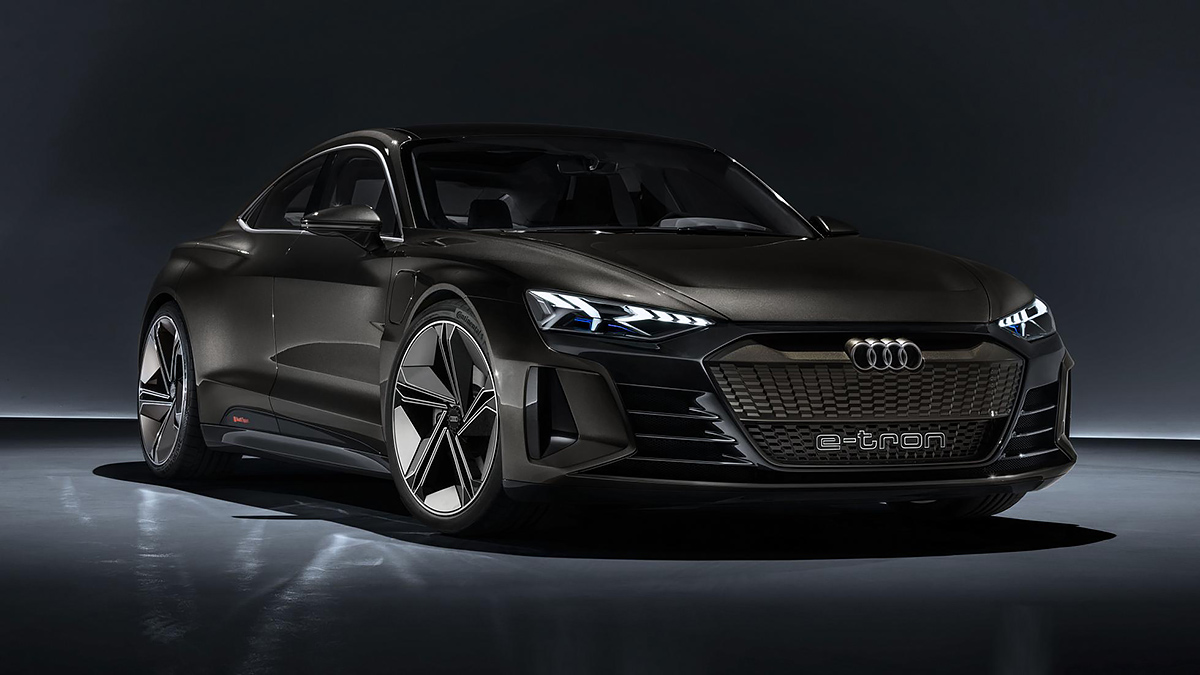 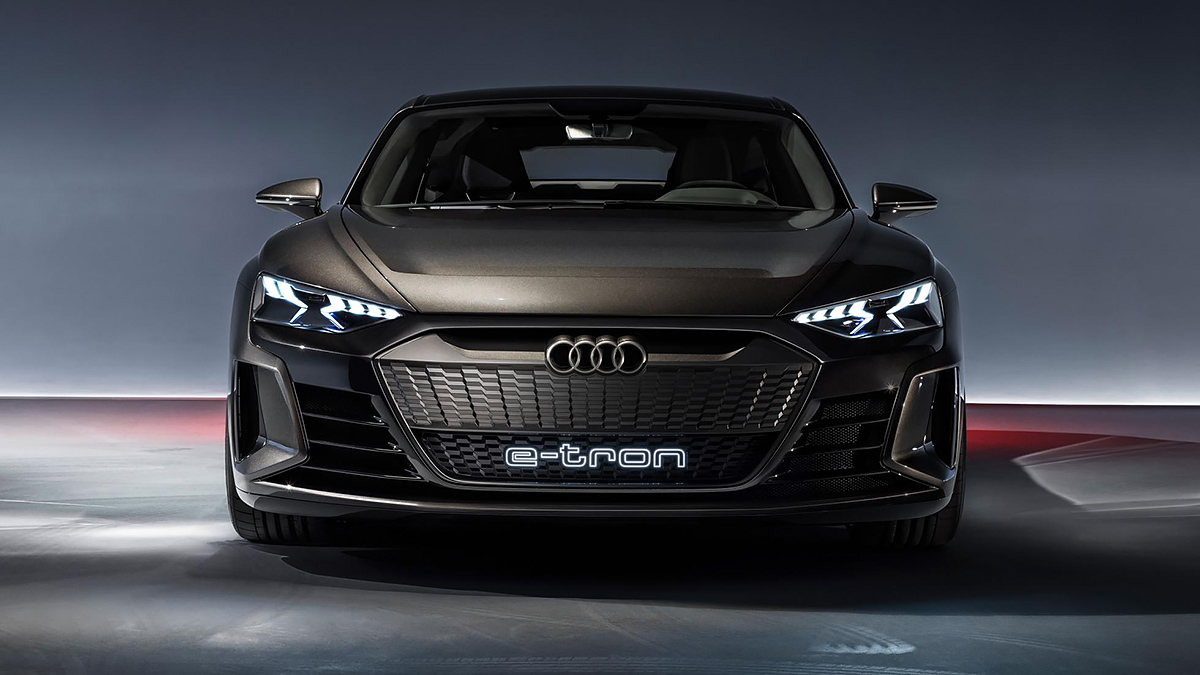 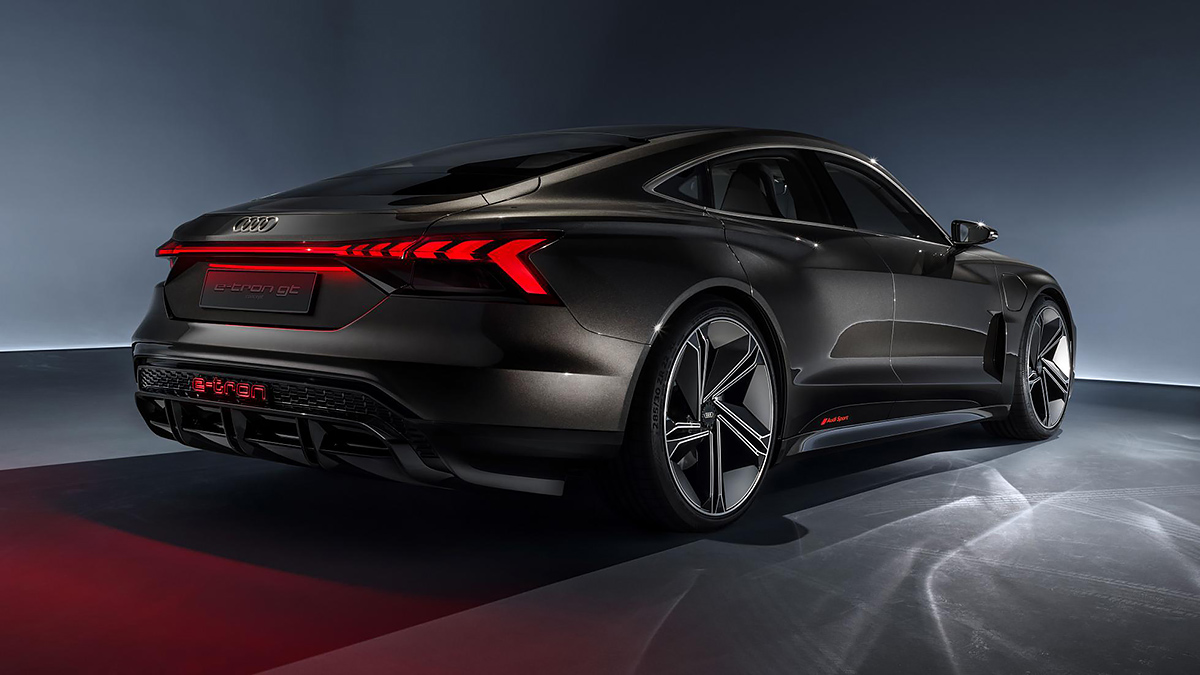 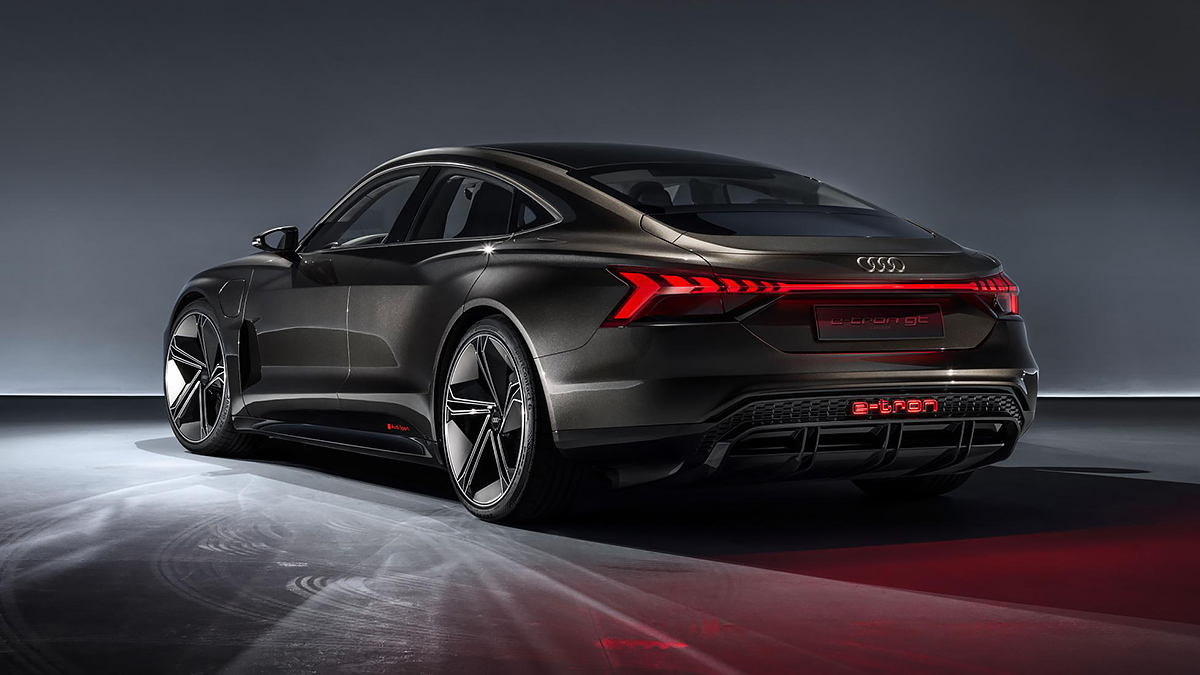 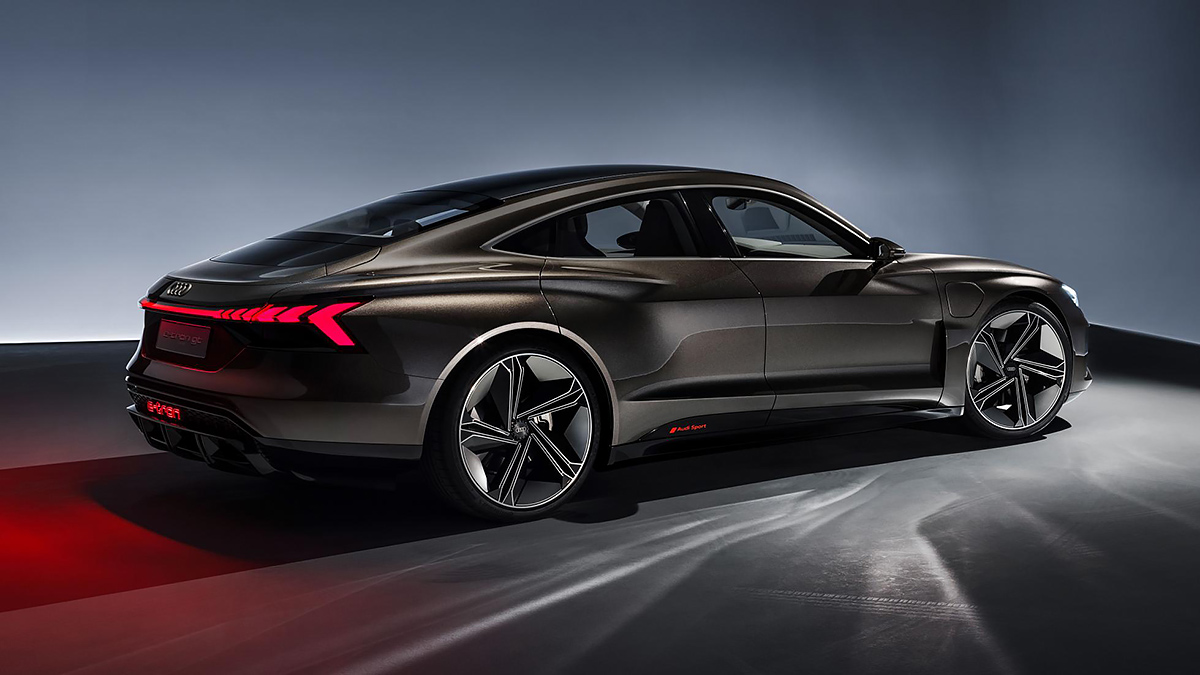 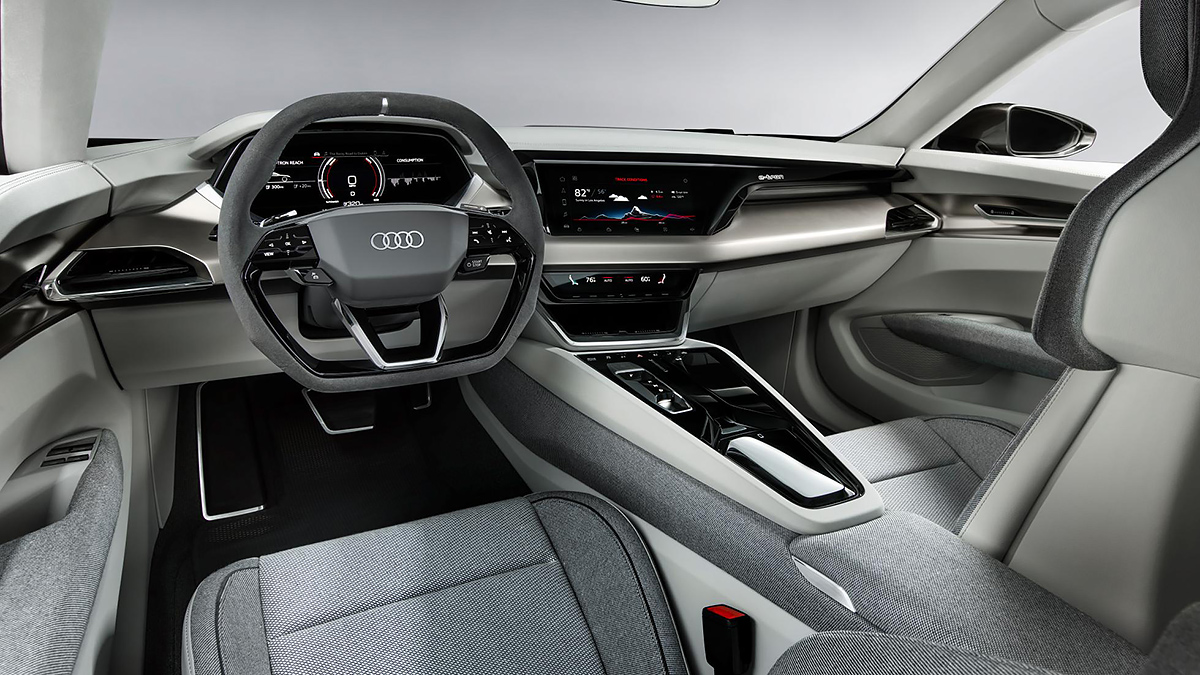 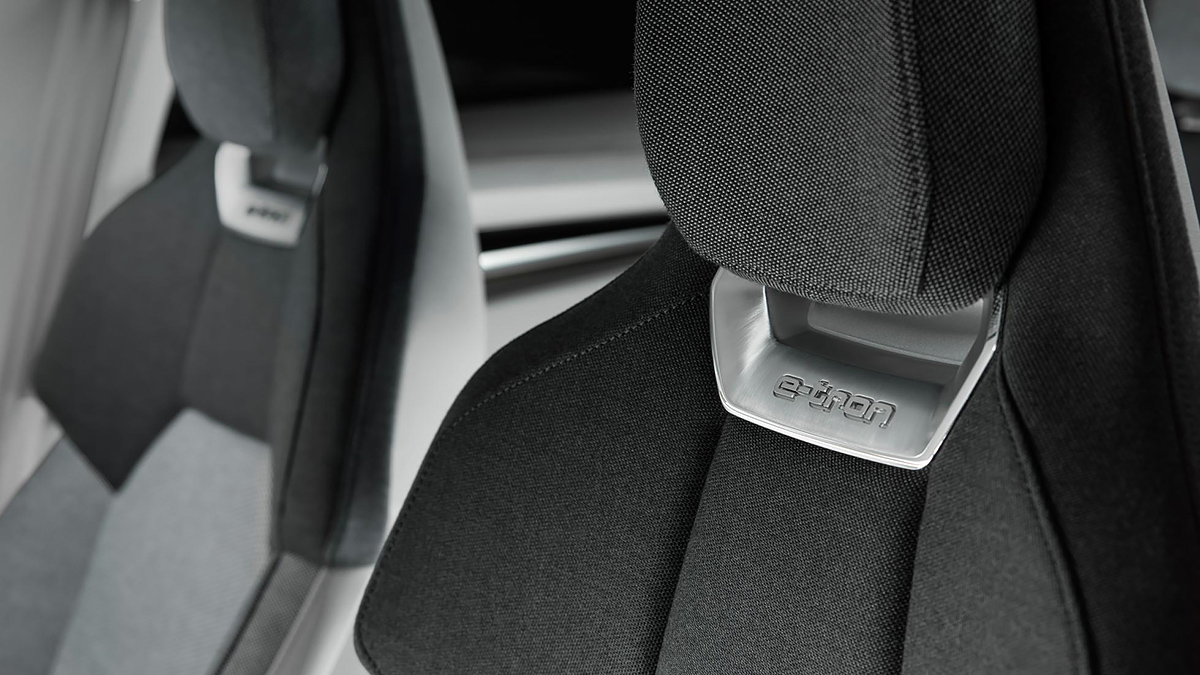 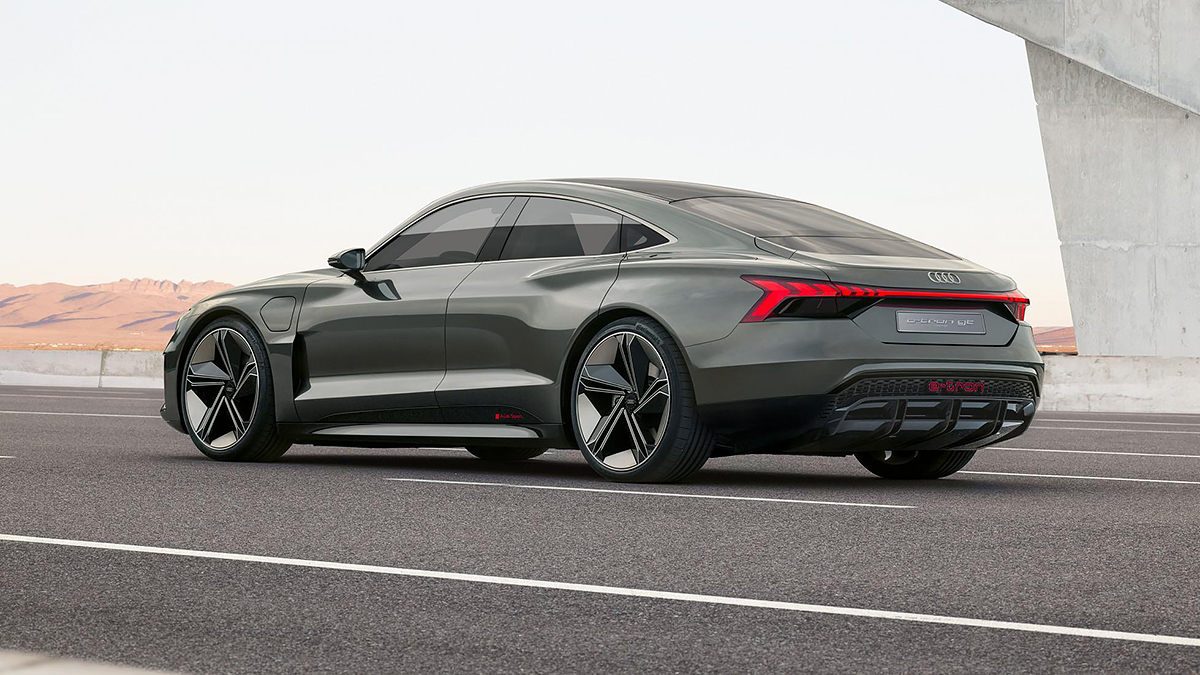 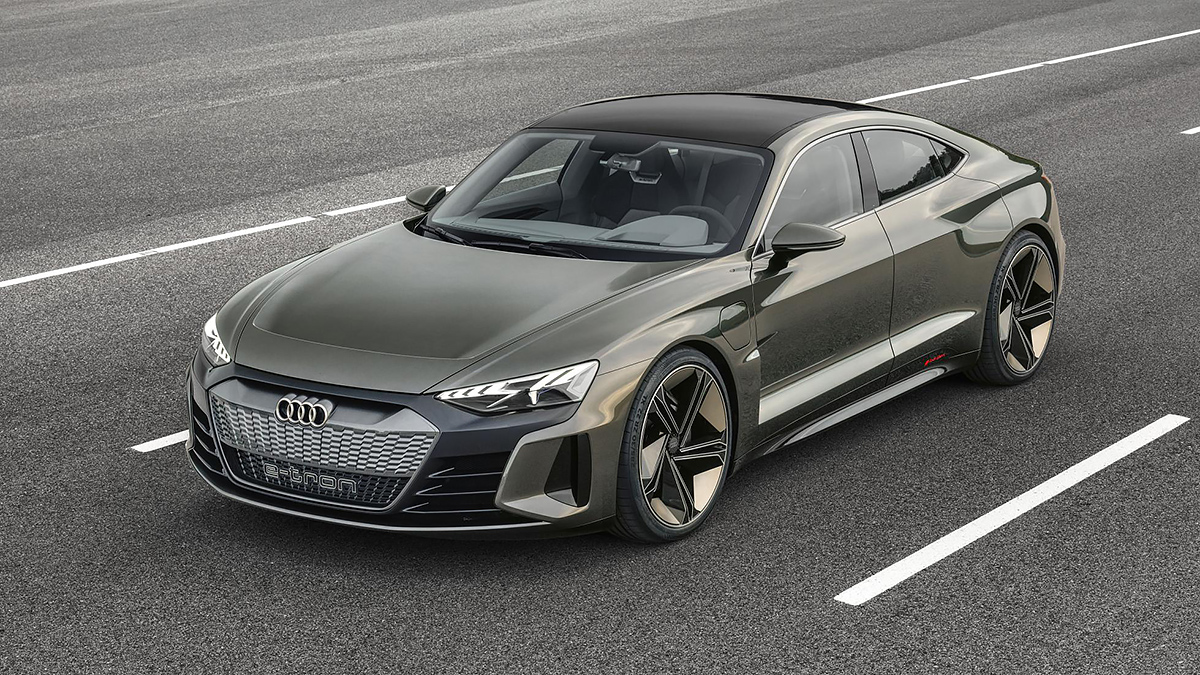