This is a RM2.9m modified carbon-fibre Ferrari SF90

This is a RM2.9m modified carbon-fibre Ferrari SF90 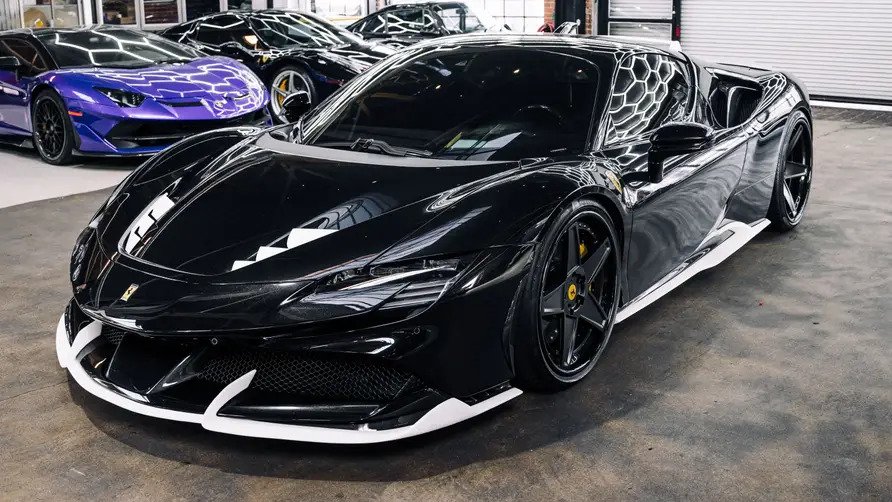 It’s been described by its makers as something that delivers “a unique silhouette and stance to serious enthusiasts”, and there’s no denying it has one of those things. Welcome to 1016 Industries’ modified Ferrari SF90.

There’s lots of carbon fibre aboard this modified Maranello hybrid rocketship. 1016 has of course, much experience in decking supercars out with carbon fibre, and this one's said to be available in either a 1x1 weave, or “super premium” 2x2 twill pattern that can be tinted in your chosen colour.

1016 reckons these new carbon fibre goodies “provide a lighter, stronger baseline for the SF90, allowing for even more nimble handling and performance for the 211mph exotic”.

Just so we’re all on the same page, fresh out of its shiny rosso box the SF90 kicks out 986bhp, can hit 100kph in 2.5secs, 200kph in 6.7secs and is faster around Fiorano than a LaFerrari. Not so much pushing the performance envelope, than strapping it to a ball and firing it out of a cannon.

So, did the SF90 need any help in the performance stakes, or is this kind of setup natural for such a rare car? Have your say below…