This is a fully-electric Volkswagen Beetle

Welcome everyone, to Volkswagen’s latest EV – the e-Beetle. Yep, it’s a classic People’s Car without the air-cooled engine in the back. Before you get too excited, though, it’s only a concept for now. Boooo.

It’s the work of VW’s subsidiary, Volkswagen Group Components, which has partnered with a company called eClassics to transfer the powertrain from a new e-Up into the Beetle.

The electric motor is good for just 81bhp – so it’s not rapid. VW says it’ll go from 0-80kph (that’s a new one on us) in just over eight seconds. Yeah, not rapid at all. Top speed is apparently 150kph.

Performance was clearly not priority number one during the conversion, but the chassis and brakes have been reinforced to cope with the extra weight that comes with 36.8kWh of battery modules (batteries courtesy of the VW e-Up). 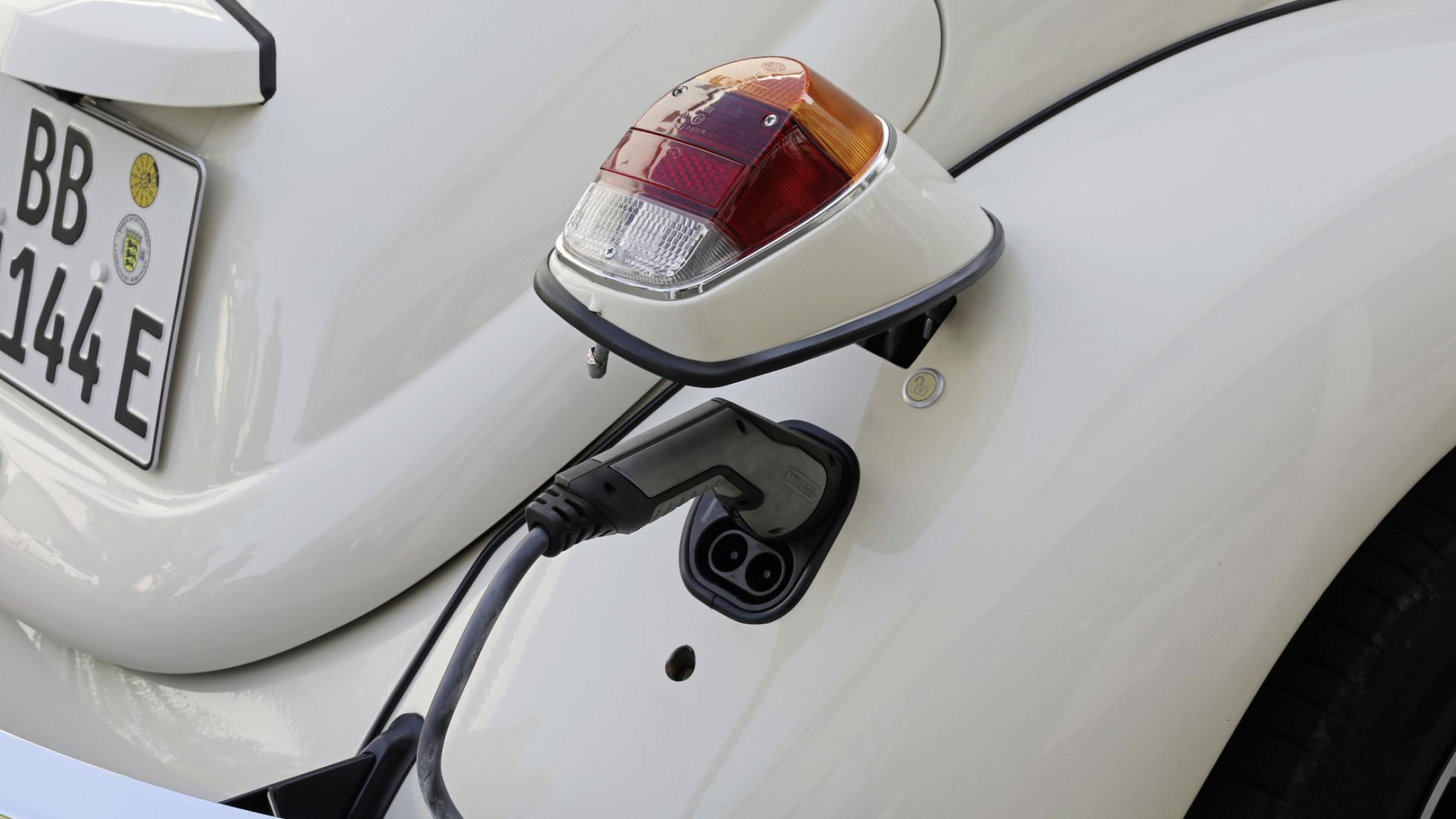 Those batteries enable a range of 200 kilometres, which is more than most classic cars would be asked to do on a single journey. And they can be fast-charged, meaning you’ll get around 75 per cent extra juice if you’re plugged in for an hour.

But now for the best news of all…

VW says that, having finished the e-Beetle conversion, more of its historic vehicles are now in line for electrification.

Thomas Schmall, a board member at Volkswagen Group Components said: “We are already working to prepare the platform for the Bus. An e-Porsche 356 could also be pursued in the future.” 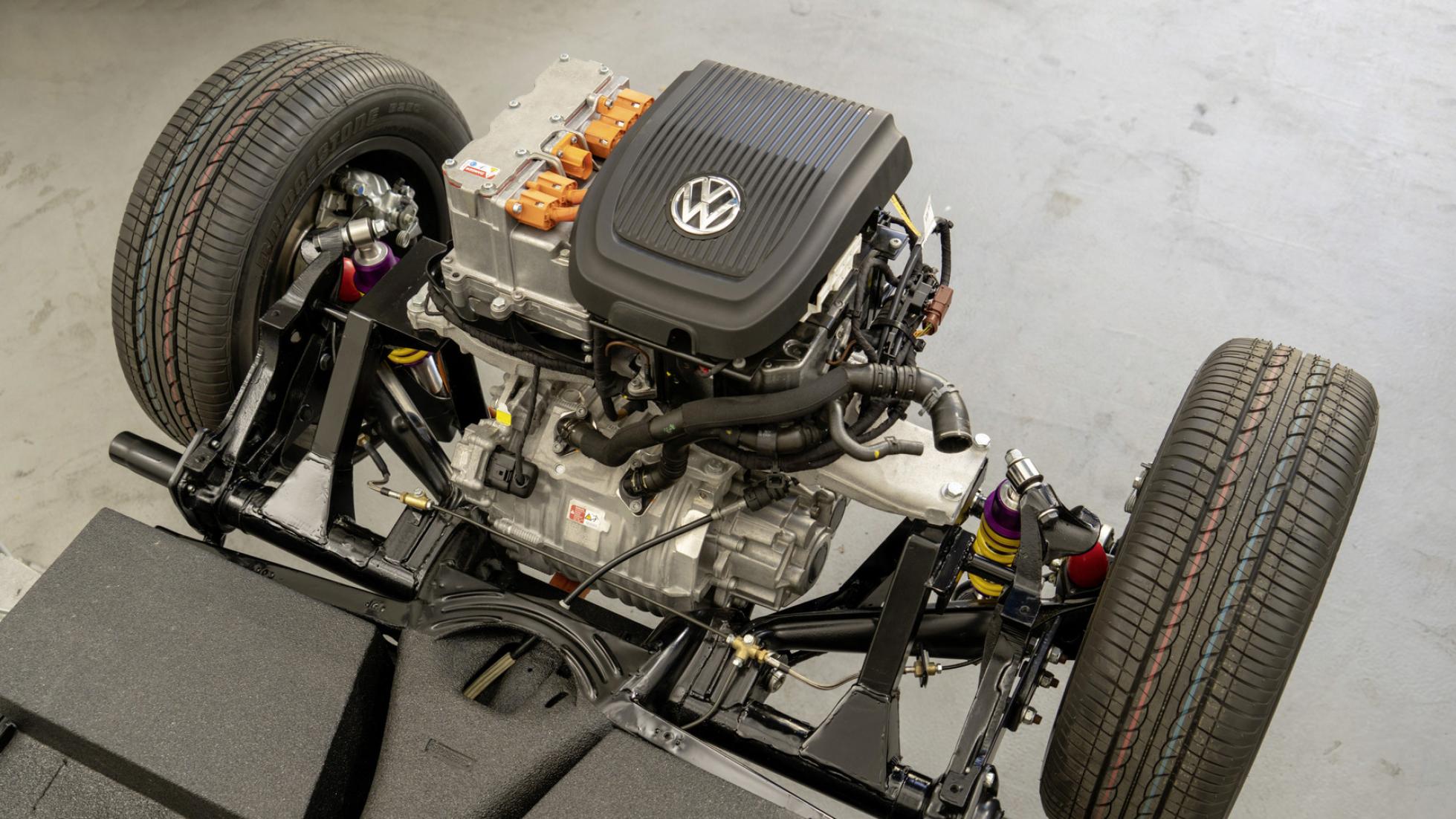 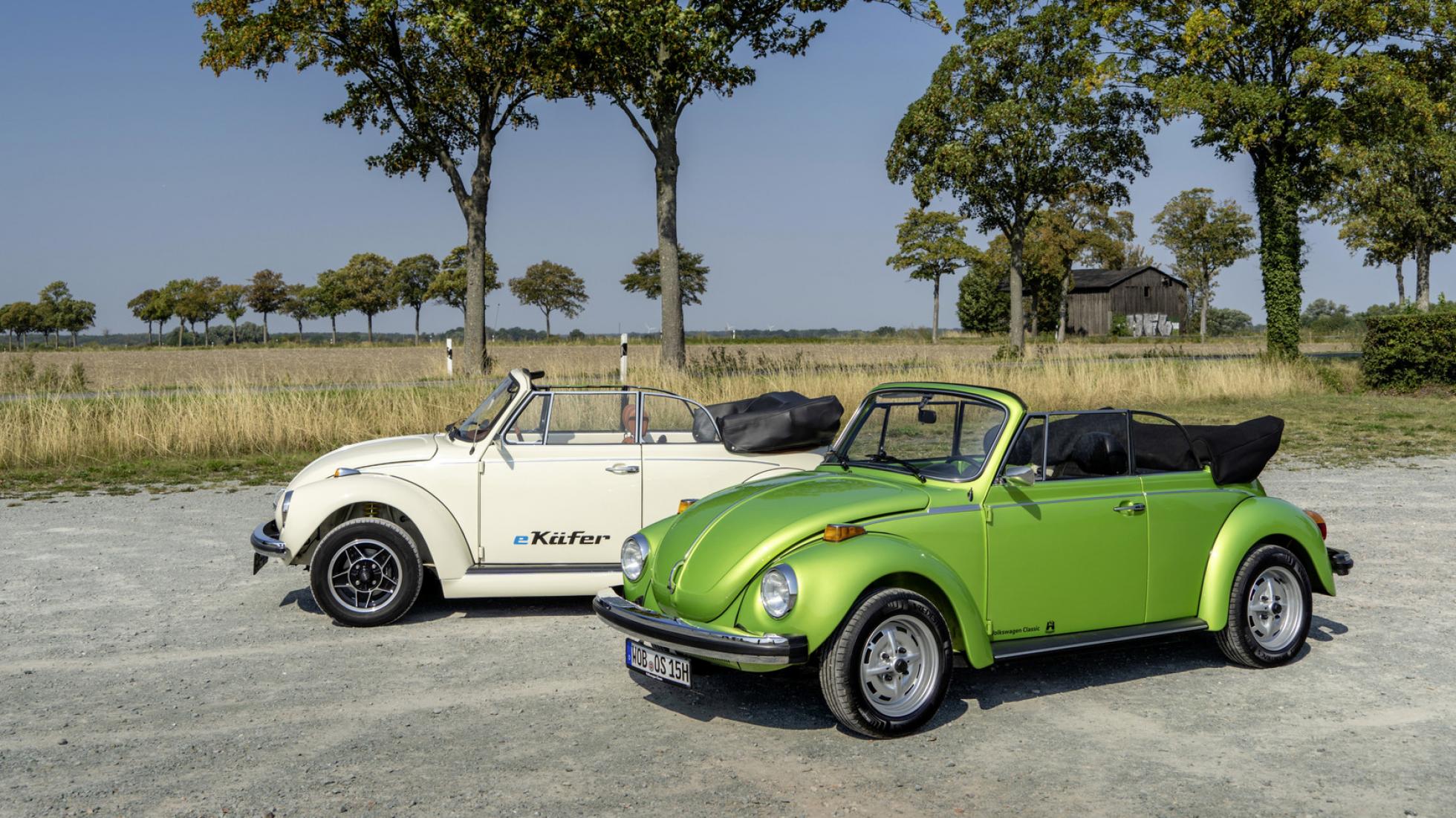 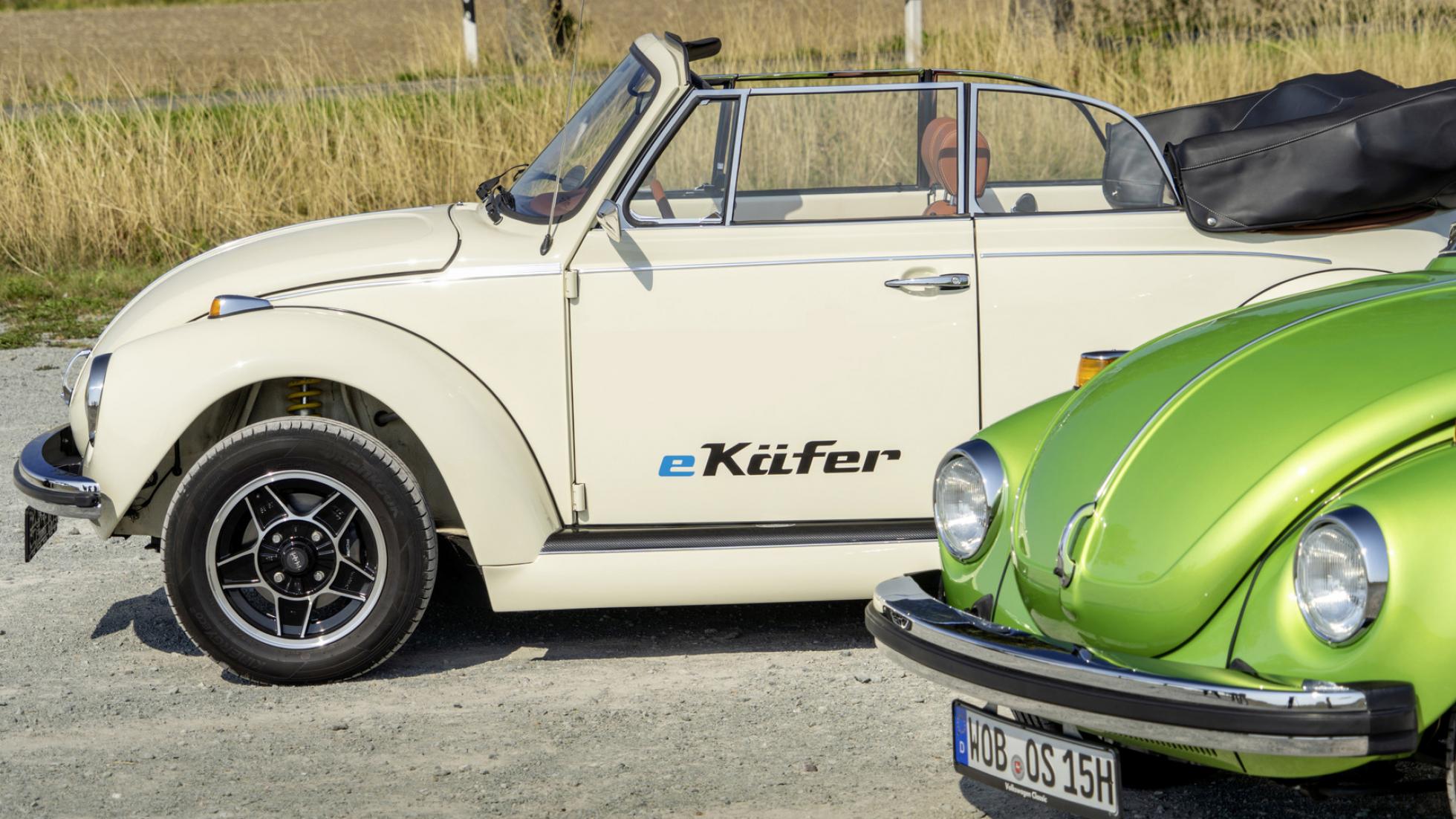 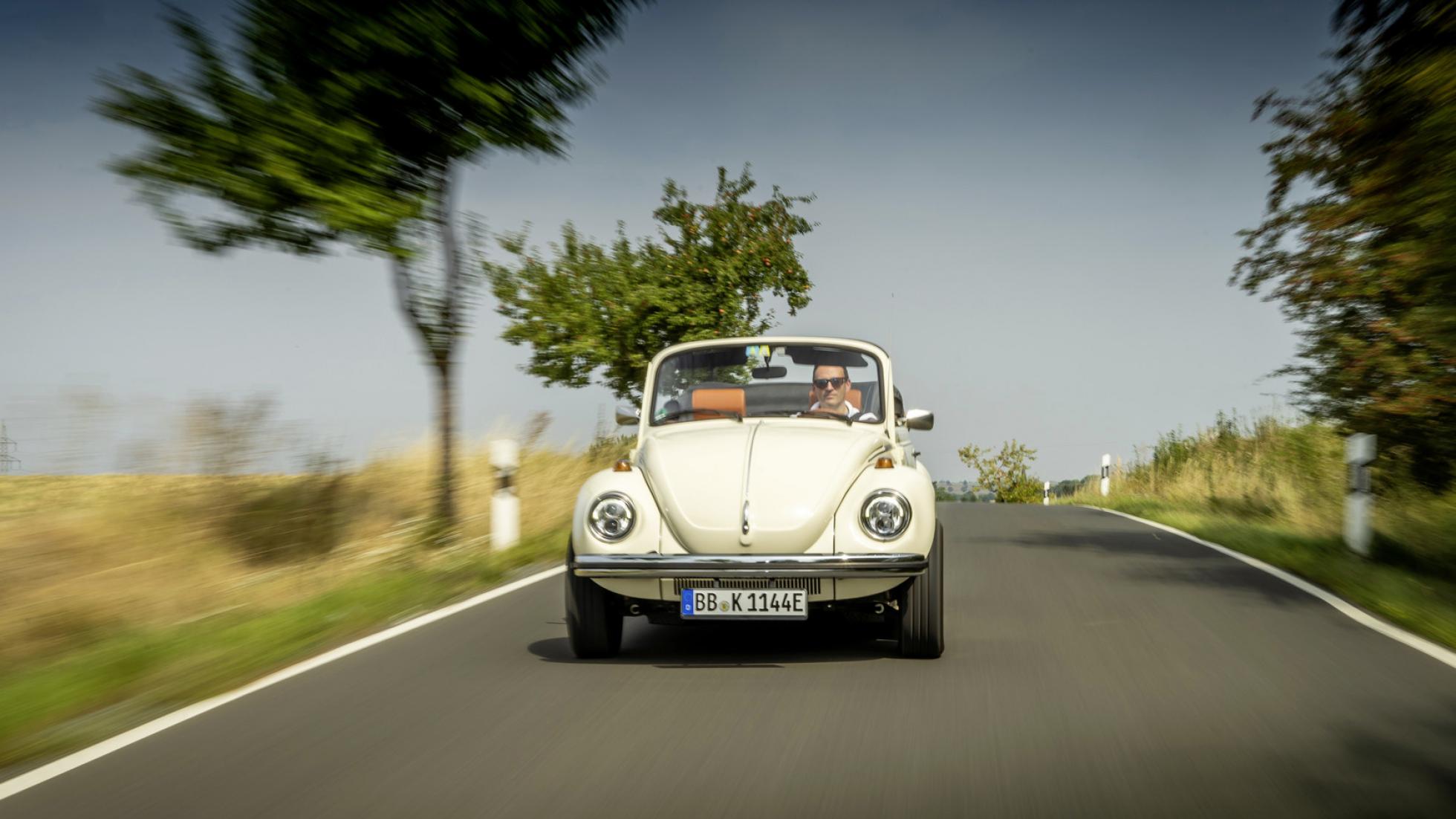 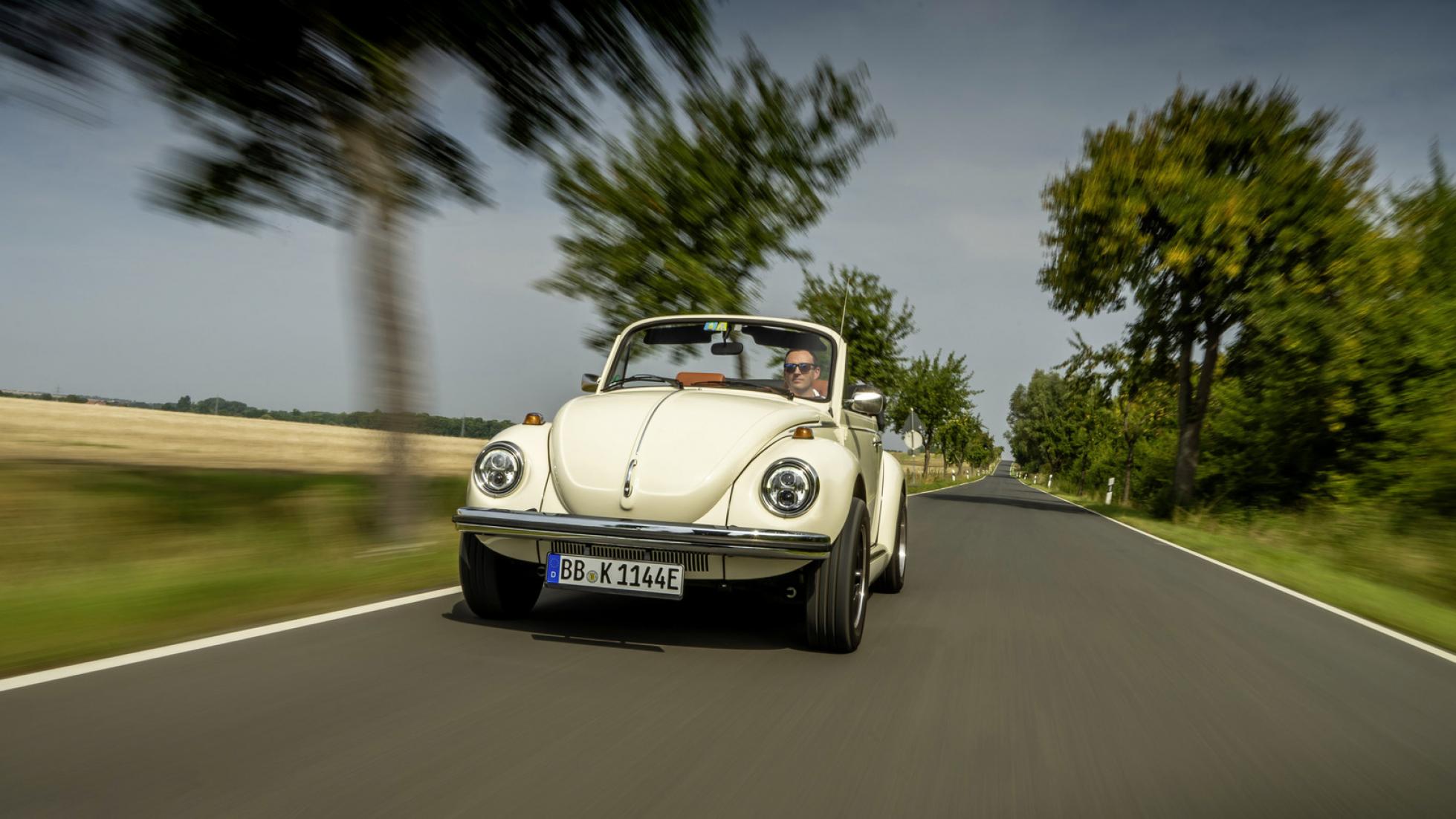 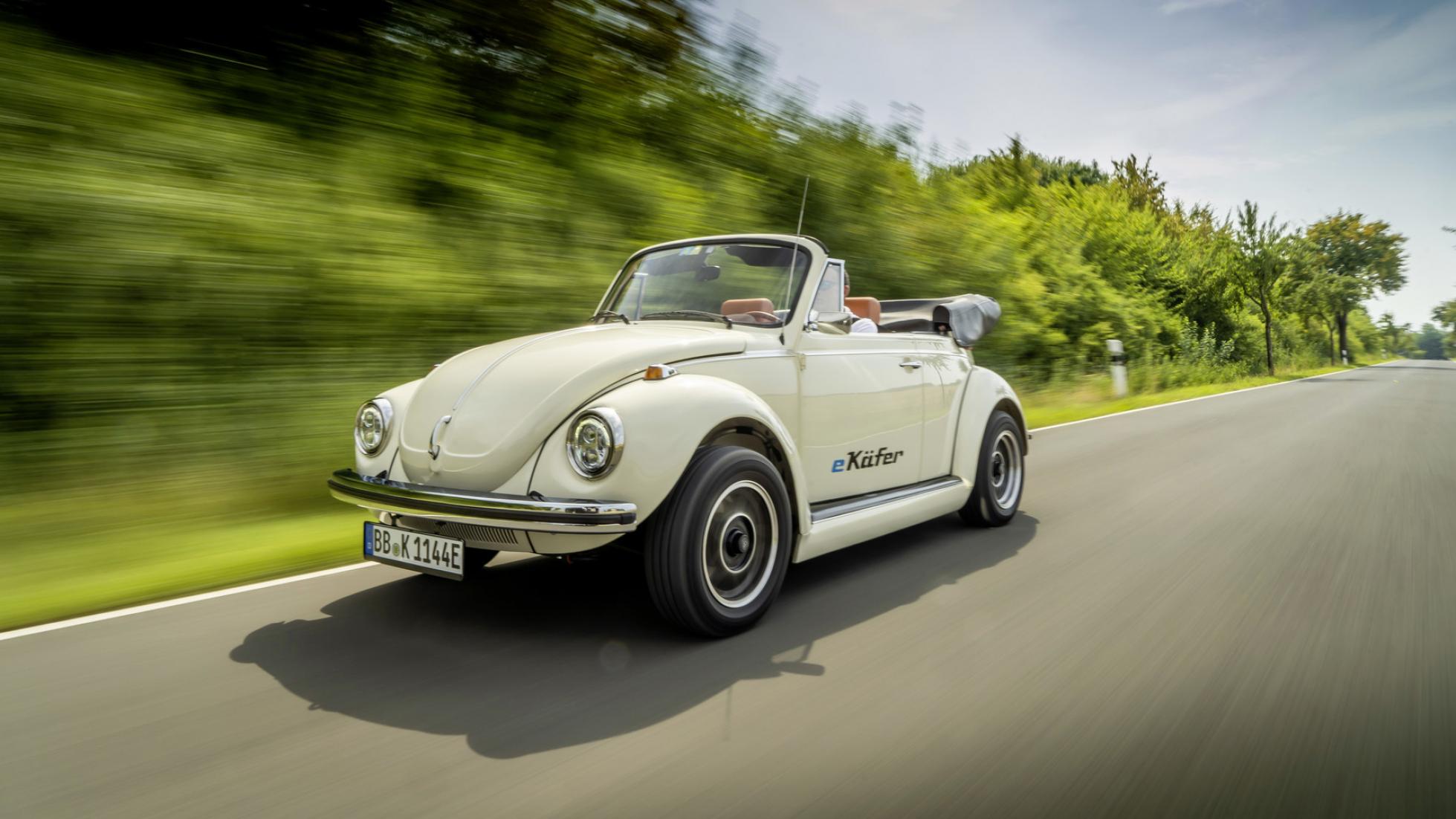 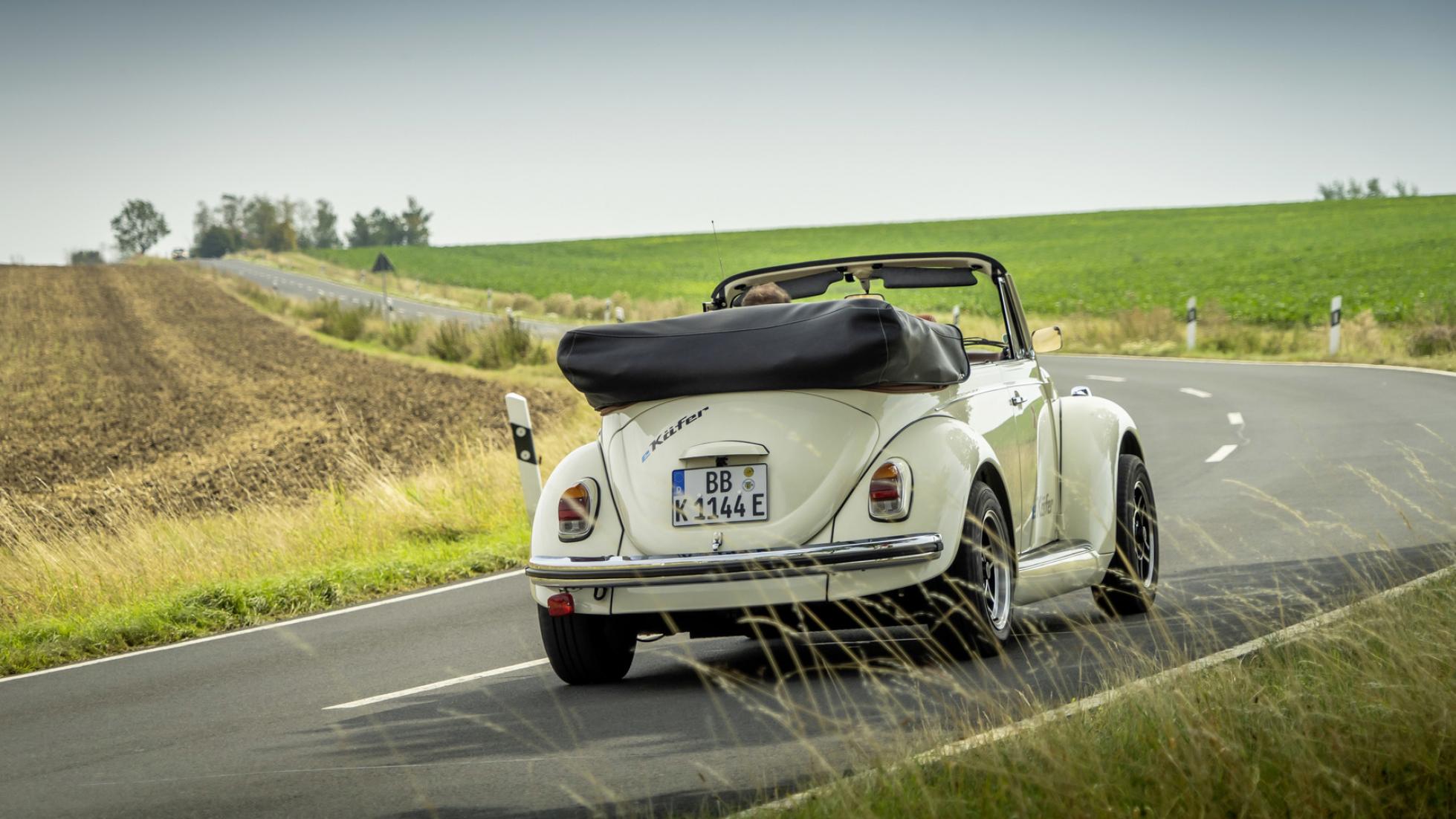 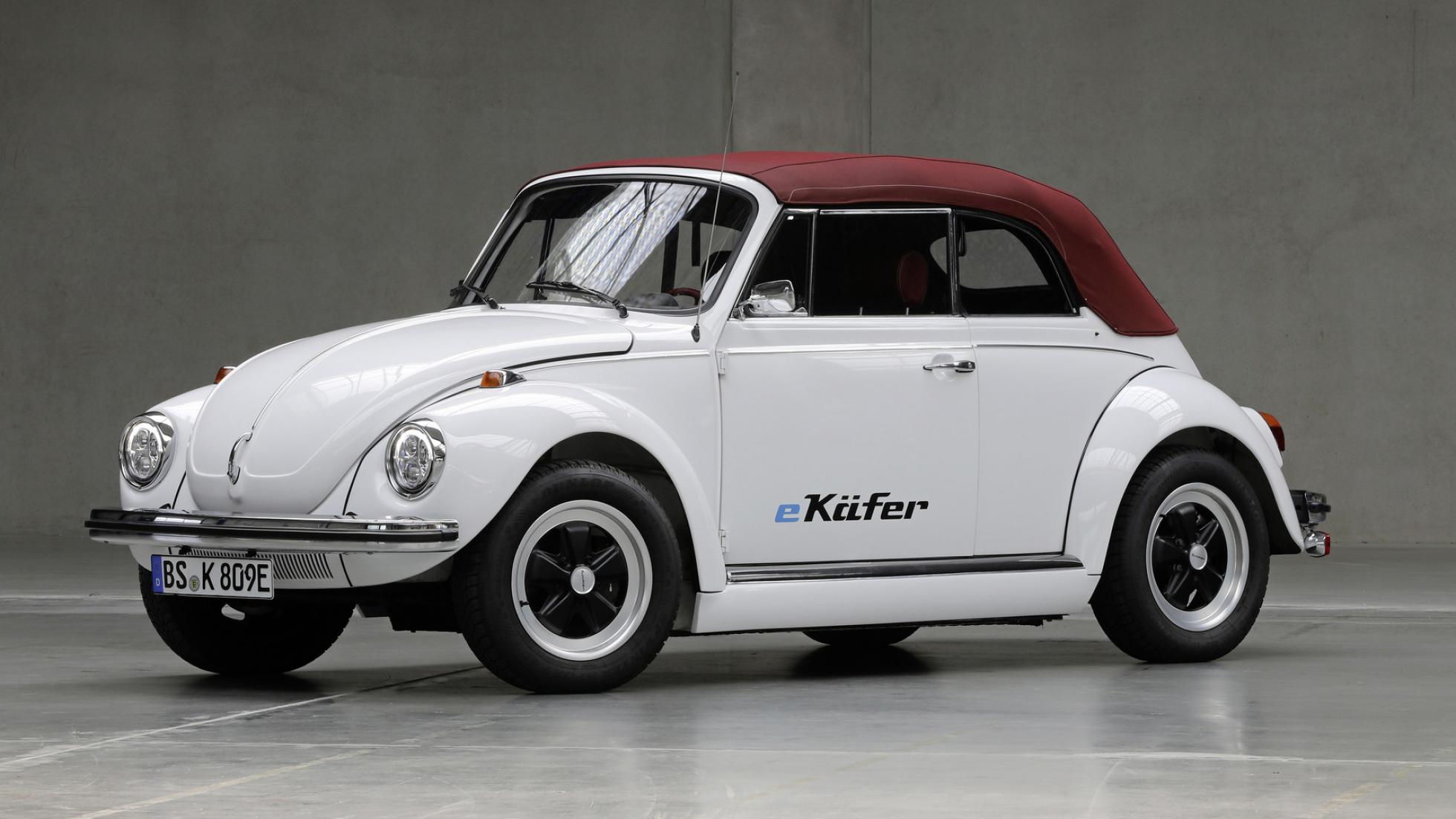 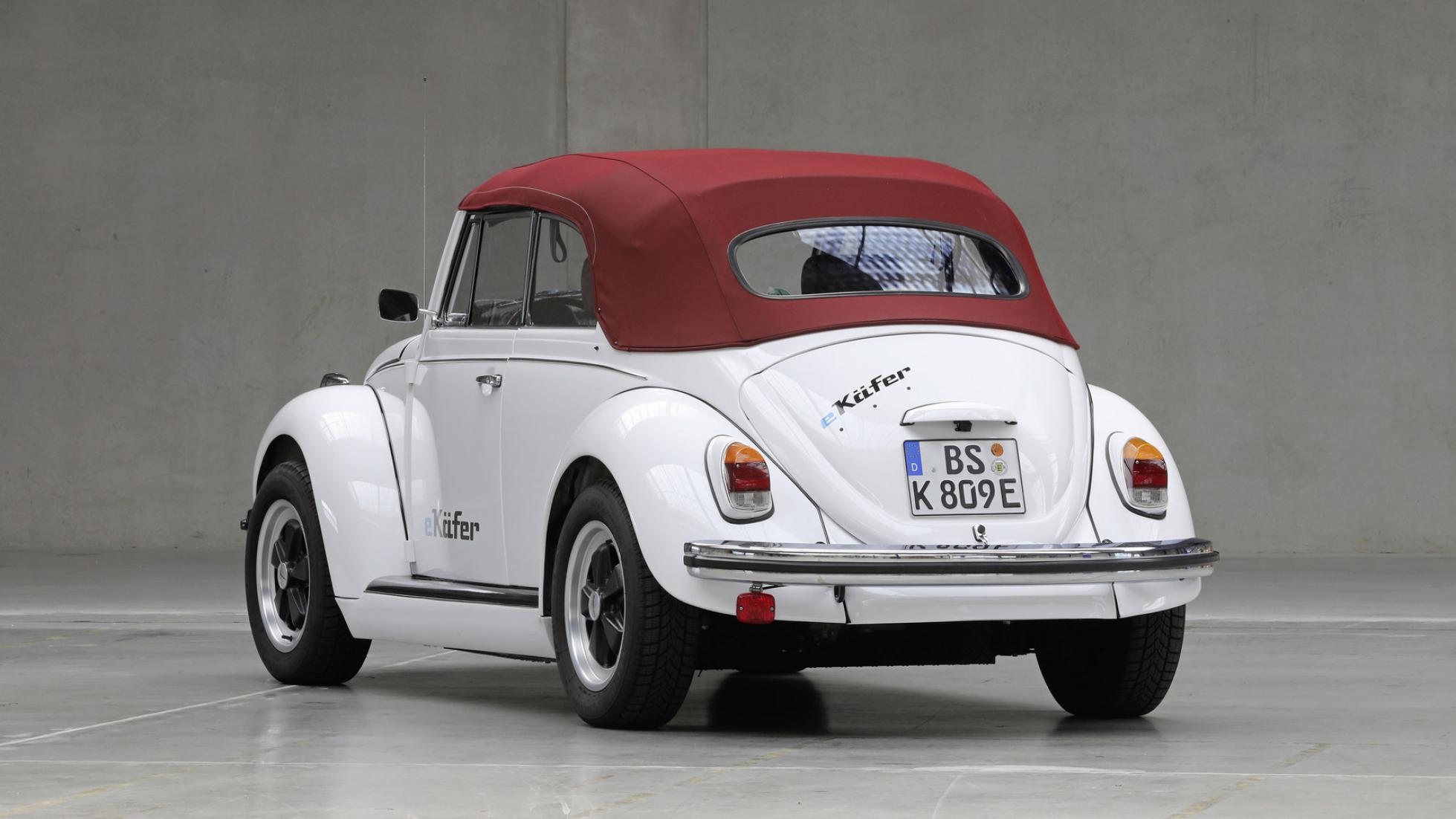 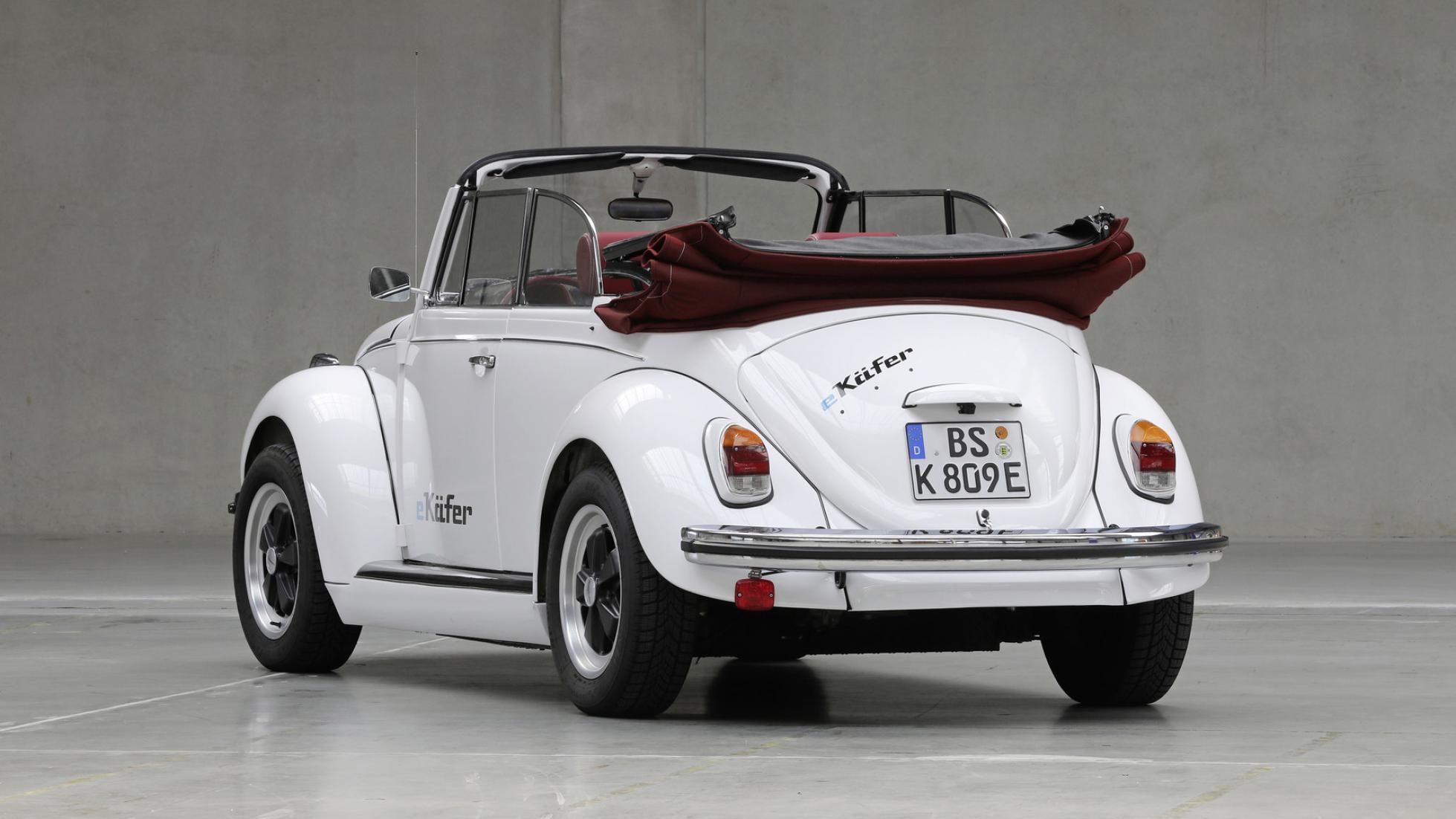