The Porsche Taycan is here with over 700bhp

Slung low, wide of hip, its body melting over huge tyres and lazily slipping through the air. The Taycan clearly has Porsche written all over it. But it’s spiced up by constituents shot from somewhere in the next decade: the floating headlamps, the huge curved instrument screen and the haptic interface.

That’s how it goes, too. A Porsche, but one zapped by a beam from the future. Its acceleration is quick enough to blitz nearly everything Porsche makes, with a 2.8-second thump from 0-100kph, executed in that new-manners idiom of instant uninterrupted thrust. Critically, too, it corners and brakes like a Porsche, but again one with a dose of borderline-sci-fi jinks. We’ve already had that vividly demonstrated by Porsche’s development drivers and via a sneaky go ourselves, too.

The Taycan Turbo and Turbo S (see, normal Porsche names for not-normal Porsches) each kick out the equivalent of 625bhp from their front and rear motors combined. The Turbo S, in its sport mode, gets ‘overboost’ via a more powerful front inverter, taking it to 761bhp, which I think we can agree is quite a headline. So as well as 0-100kph in 2.8sec, it’ll do 0-200kph in under 10sec.

Off-the-line oomph comes via what is, for an EV, a remarkable piece of hardware, a two-speed rear transmission that shifts under load. Having a low first gear means Porsche could use a smaller, lighter and more easily cooled rear motor than otherwise. Cooling has been an obsession for team Taycan, as we’ll see.

You hear this ratio shift as a slight drop in pitch. But you don’t feel it and the acceleration goes on unabated afterward. Because the motor doesn’t overheat, the Taycan can knock out 0-200kph runs again and again. Which no owner in their right mind will actually do. But that repeatability does amply demonstrate the Taycan can stand a determined session of pedalling on autobahn or track.

How about that track? Ah yes, it’ll circulate the Nürburgring in ‘markedly’ under eight minutes. For this thank not just the immense poke and huge tyres, on their 21-inch rims, but also air suspension, adaptive damping, 48V adaptive anti-roll bars, a controlled rear limited-slip differential and optional four-wheel steering. Basically, the entire Porsche all-u-can-eat chassis buffet. It shares principles with the Panamera suspension, but few parts are the same because they wouldn’t fit.

Traction control is fabulously effective because electric motors react so fast. I’ve been with a Porsche driver as the Taycan moves onto and then off a wetted test-track corner, holding the exact same lairy tail-out angle as it crosses between dry and wet surfaces.

The Turbo S has carbonfibre discs and ten-piston calipers, but the most amazing statistic is 0.4g of braking on regeneration alone – that’s 265kW going back into the battery. No other electric car comes close, and again it helps explain why this insanely fast car can be efficient.

At a cruise it swaps between front and rear motors to use the most efficient one, the front, as often as it can. It closes cooling ducts when not needed, to drop the Cd to 0.22. So that gives 262 miles (422km) of WLTP range on the Turbo S, 283 miles (455km) in the Turbo (below, in blue), depending on tyre size.

That’s just shy of the 500km (312 miles) they originally pitched for with the Mission e concept, but remember we’re now talking about WLTP range. The engineers say the Taycan’s would easily beat 500km NEDC. 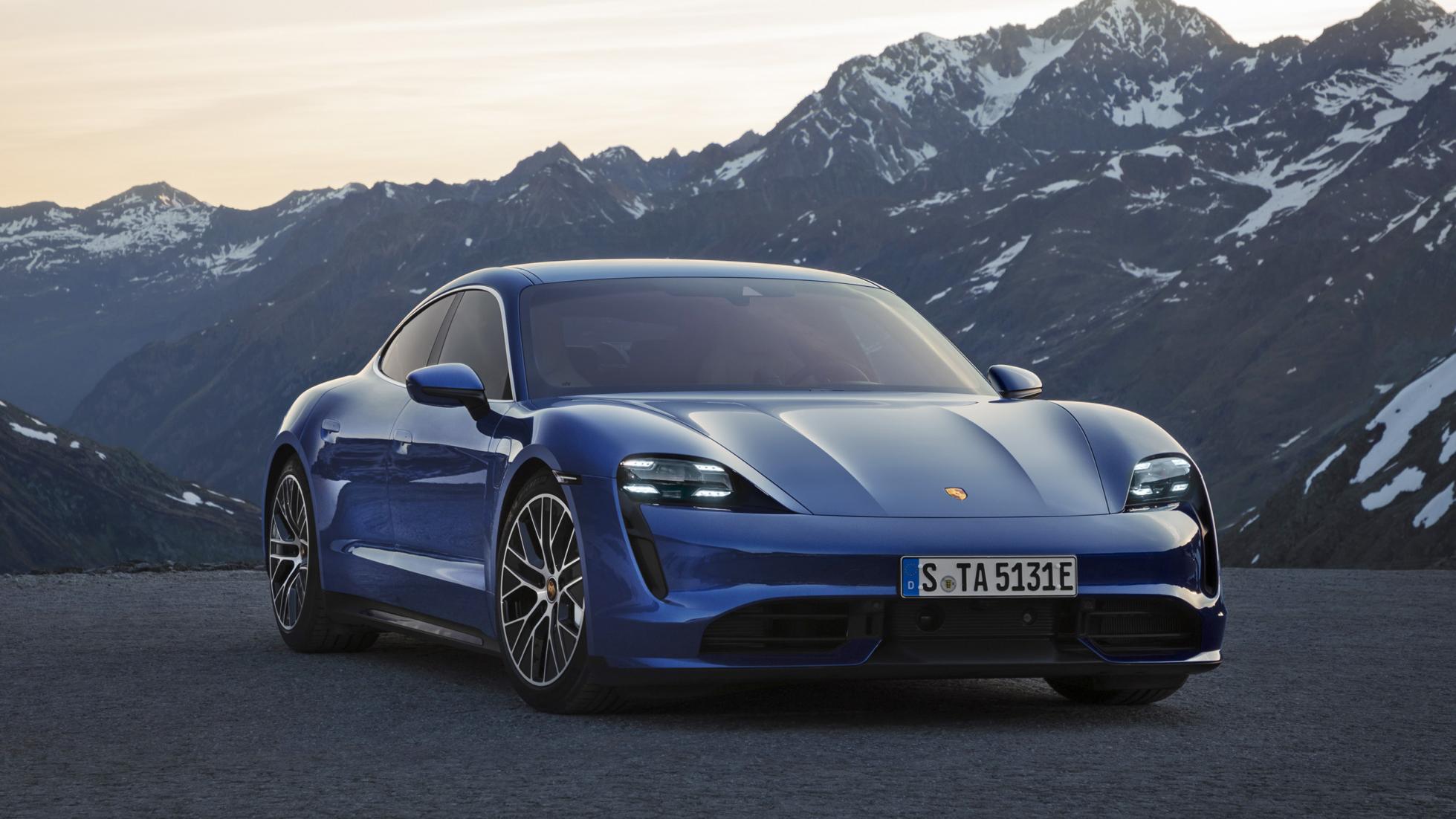 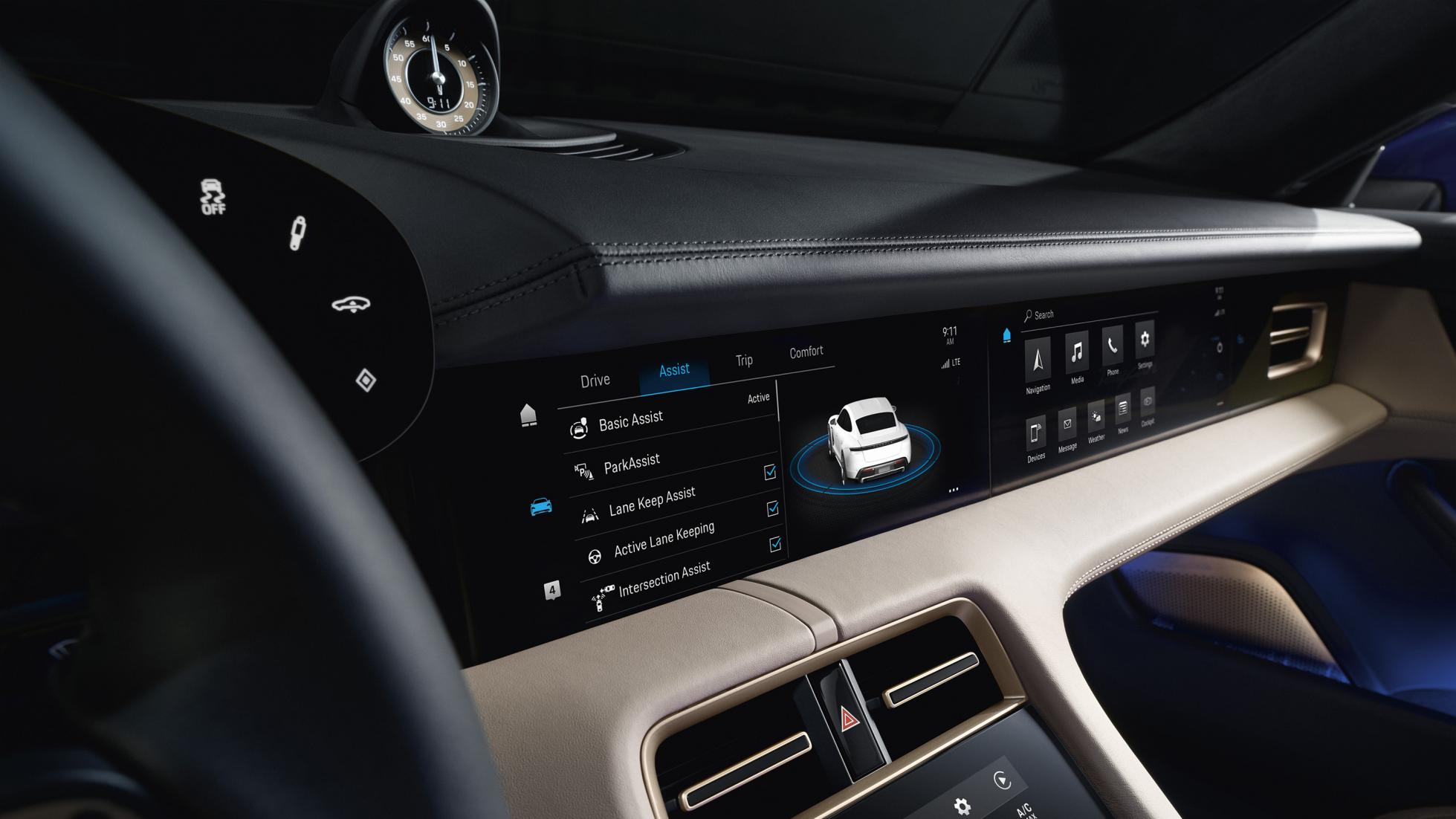 So in every target, Porsche has beaten the specs they announced for the Mission e five years ago. Except one: charging time. On a summer’s day, it’s now five to 80 per cent in under 23 minutes, roughly 12 miles’ range per minute. It was to have been 15mins, but the infrastructure protocols haven’t quite been laid down. In a couple of years they will be sorted, and the Taycan will be ready to charge at that higher rate. Anyway, it’ll take over an hour on most UK motorway so-called rapid chargers. 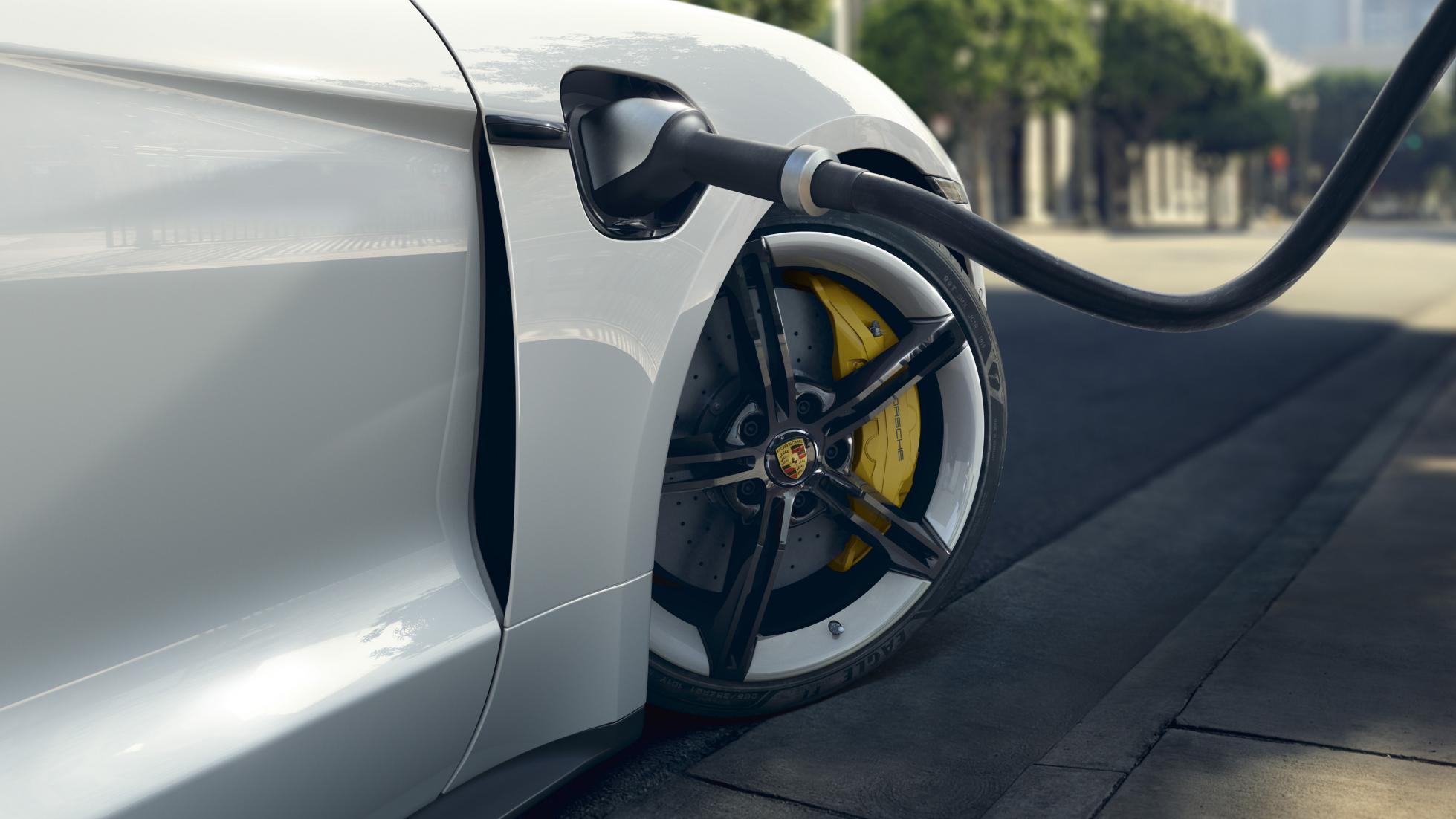 But come on. Seriously rapid acceleration, quick charging and long-range potential are surely a given. It’s half a decade since the Ludicrous-mode Tesla arrived. Apart from Porsche dynamics and Porsche design, what’s new here is consistency. You don’t have to sit and patiently condition the Taycan’s battery to get it in the right state for a drag-strip attack; it’s always good to go. And the Taycan’s performance doesn’t fall off if you keep using it, whereas a few quick twisty miles in a Tesla on a hot day palpably wilts the performance.

Critically, the battery, motors and their electronics run at 800 volts, double the norm. That means less current in inverse proportion, and so less heat, not just in the motors and electronics when running, but in super-fast charging without frying the battery. And it brings a lighter wiring loom, and the cabling takes up less space because, being thinner, it can snake round tighter corners in the body.

More on the heat issue: the motors themselves. They’re the permanent-magnet synchronous type, their stators having neatly and densely stacked windings in flat-section copper, their rotors carrying rare-earth magnets. Both are expensive components, but power-dense. And they generate less heat than the asynchronous induction kind, as per most Teslas, which have windings in both the rotor and stator.

And as a car, not just as a physics-stretching EV, Porsche felt it had to make a bit of a statement. So it gets every possible driver aid, and all of them turn-off-able. But I’d keep them on while you learn your way around the wild curved multi-configurable graphic display up ahead, and haptic console controls. The passenger can have their own in-dash tablet too. The cabin really is roomy enough for four, with special little depressions in the battery profile for rear passengers to snuggle their feet. Porsche of all companies knows that the noise is an important part of a car’s character. So the Taycan has its own signature sound. Not just the dreary pedestrian-warning low-speed synthesised hum, but a quite exciting cabin sound too. Wow. Sorry, that’s the best I can do to describe it: a heterodyning electro wow. It rises in pitch with speed, and in volume with power. That helps you drive better actually, adding useful sensory cues. And it’s exciting, even if Porsche declines to do a synthetic flat-six howl. Maybe that’s one for the aftermarket tuners.

Lower-power and smaller-battery Taycans will follow, and even a rear-wheel-drive one if there’s demand – or perhaps if there’s not enough demand for the top-end ones. The Cross Turismo jacked-up SUV version has already had the green light for late 2020.

Don’t ignore the Taycan. You’re not just looking at the newest Porsche. This is the new Porsche.

“Combustion will be replaced by electric drive,” insists Robert Meier, the man in charge of the project. He doesn’t say when, and he acknowledges it will be at a different speed in different places, and also that the hardcore GT-division petrol sports cars are critical to the company’s image. But remember the Macan, their biggest seller, is going electric next. 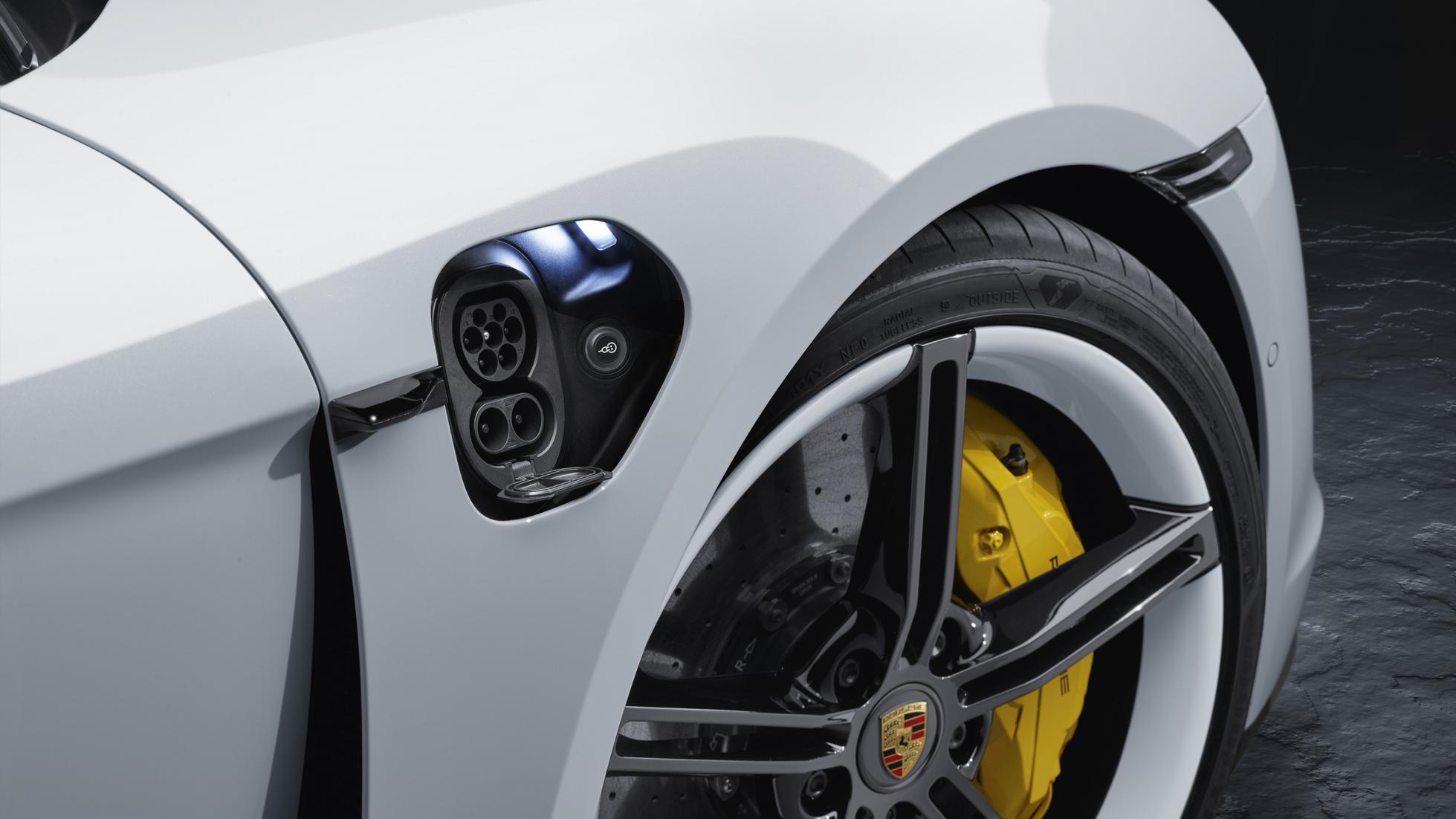 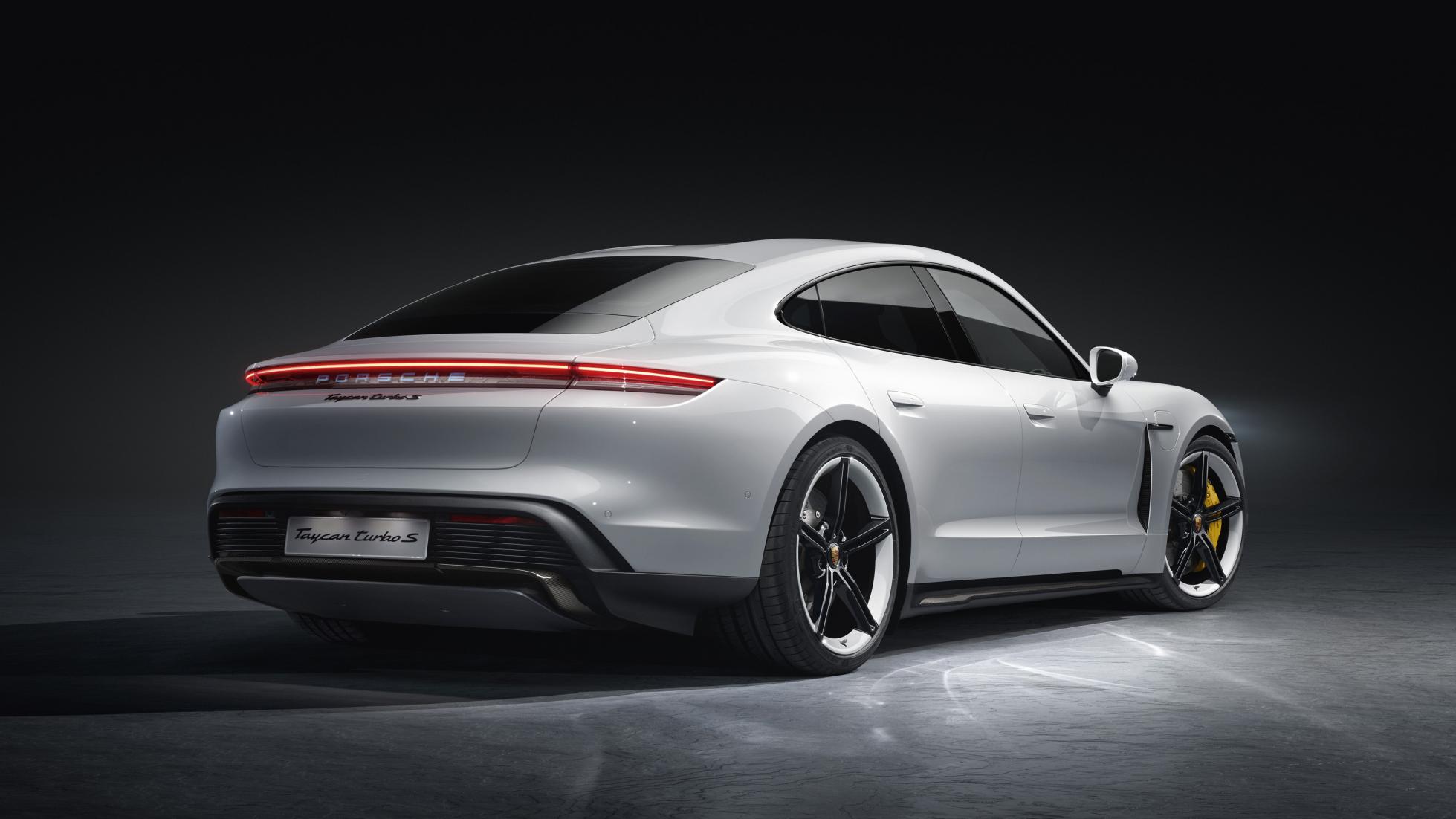 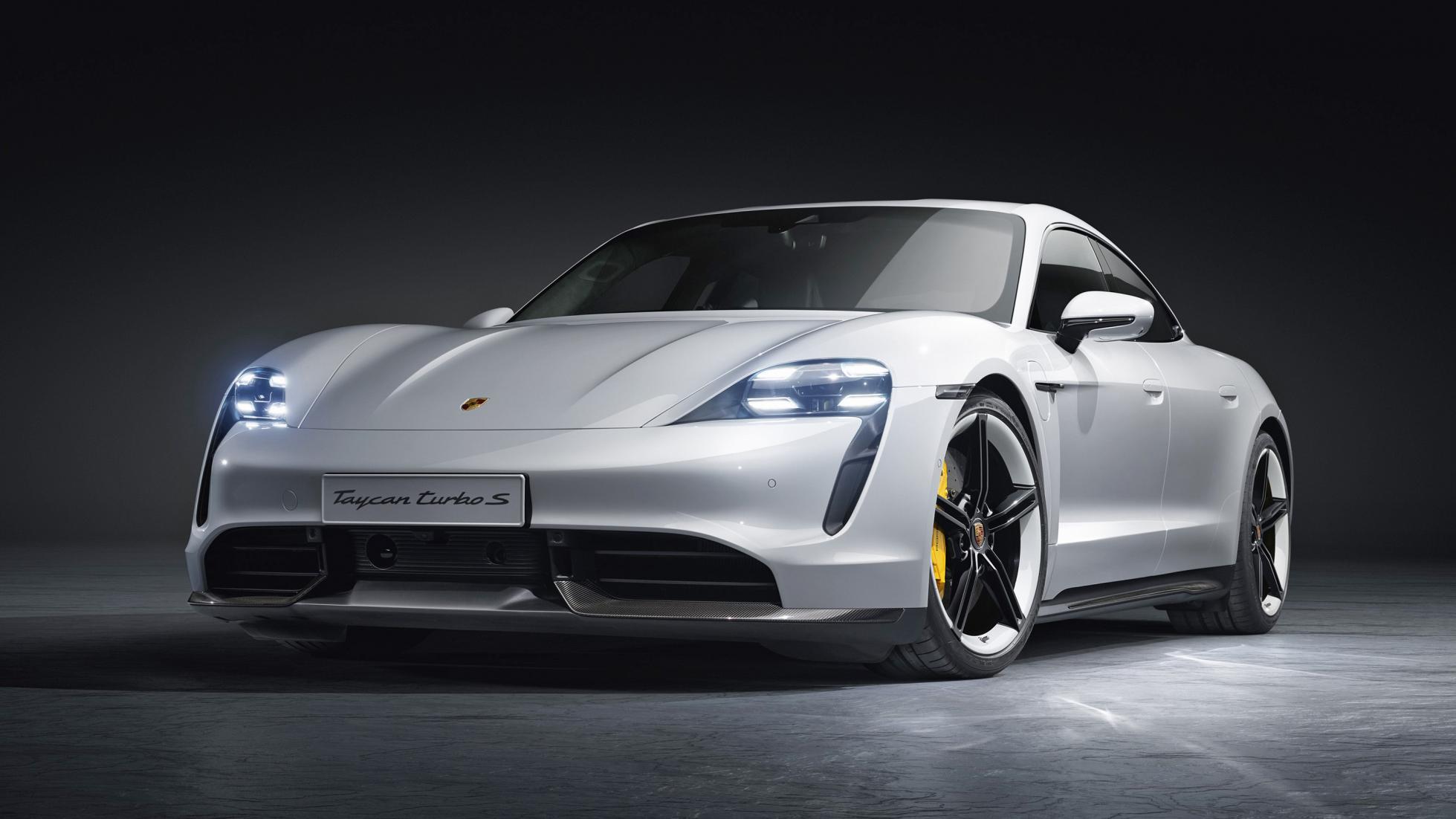 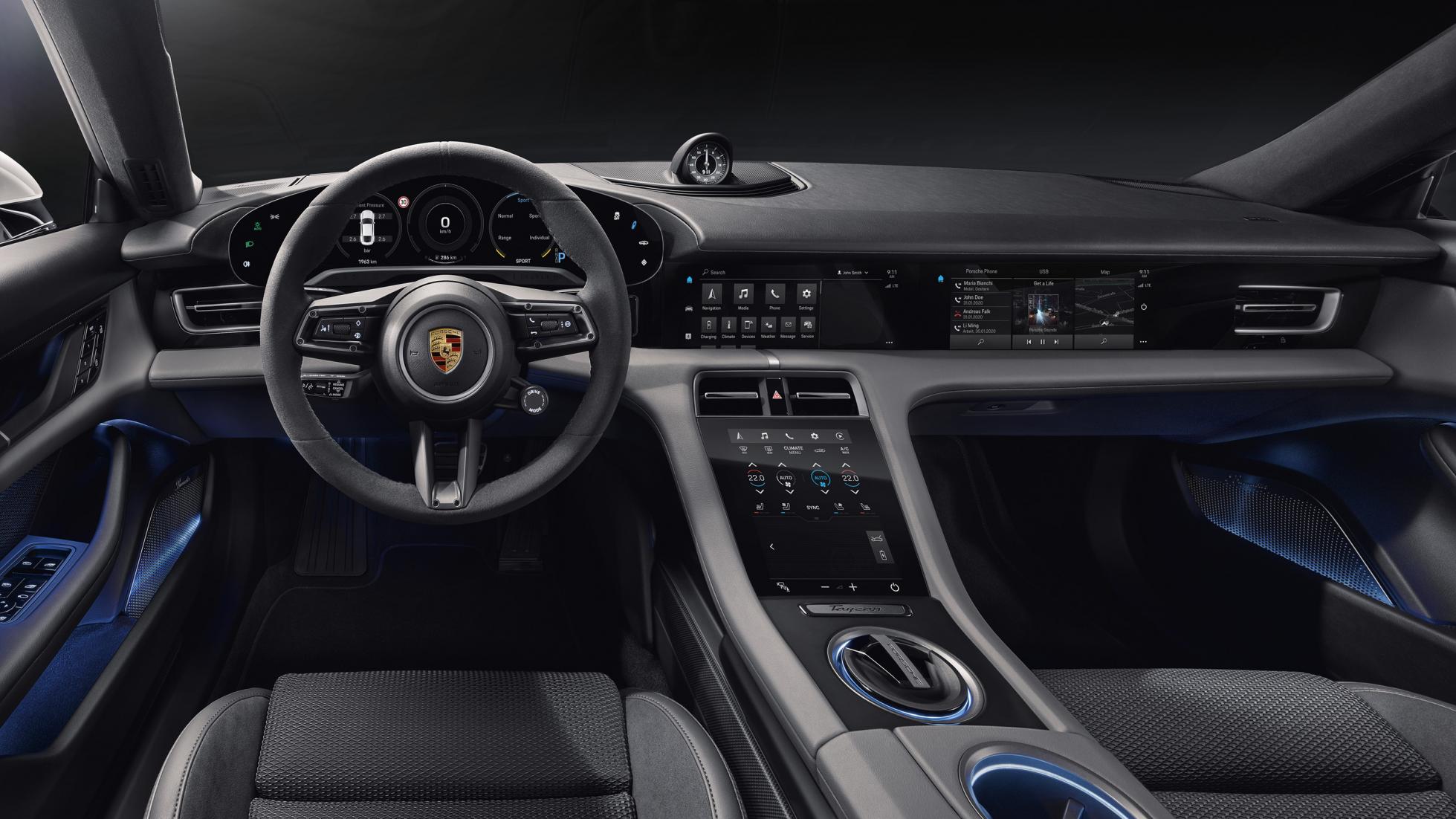 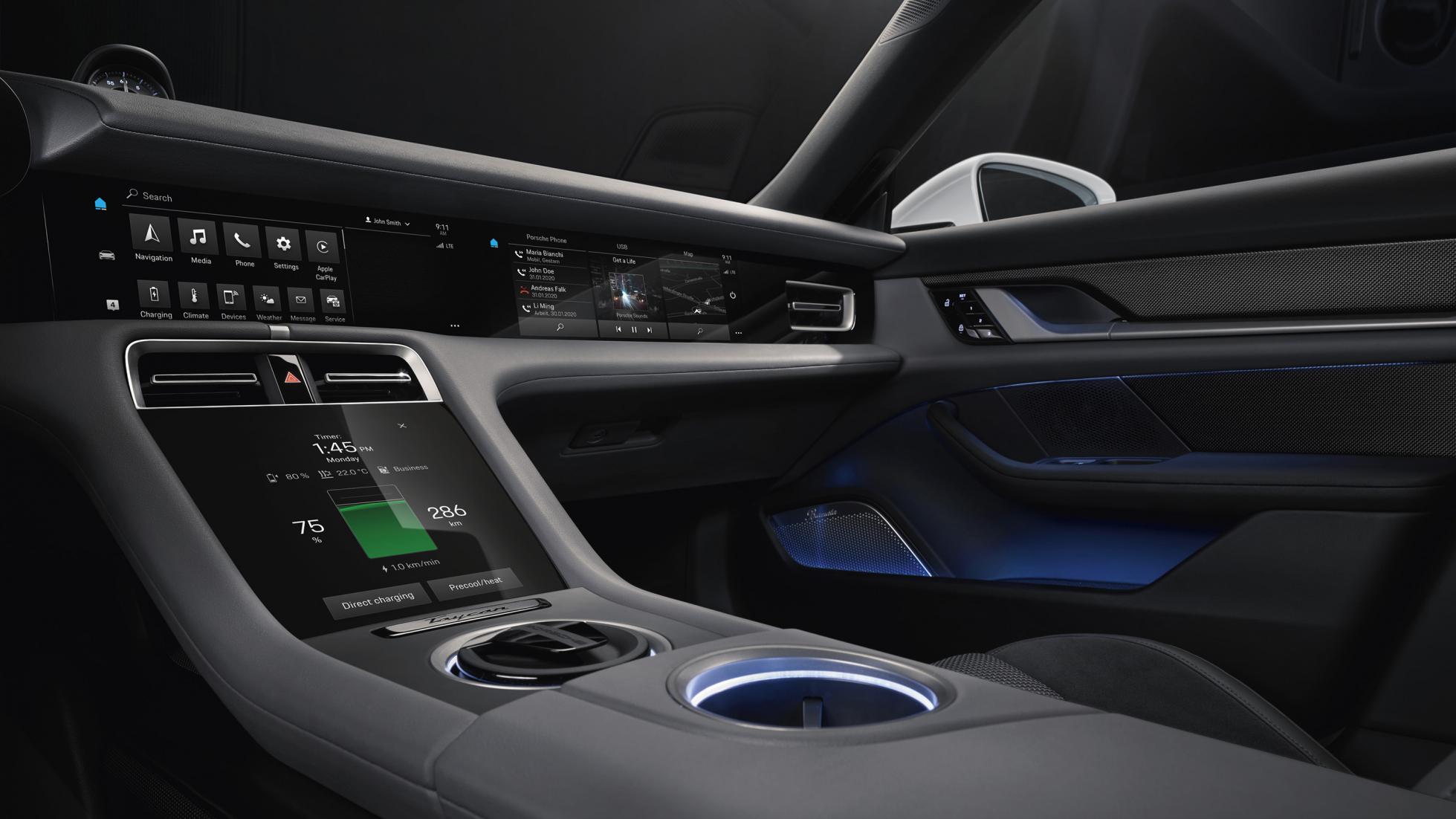 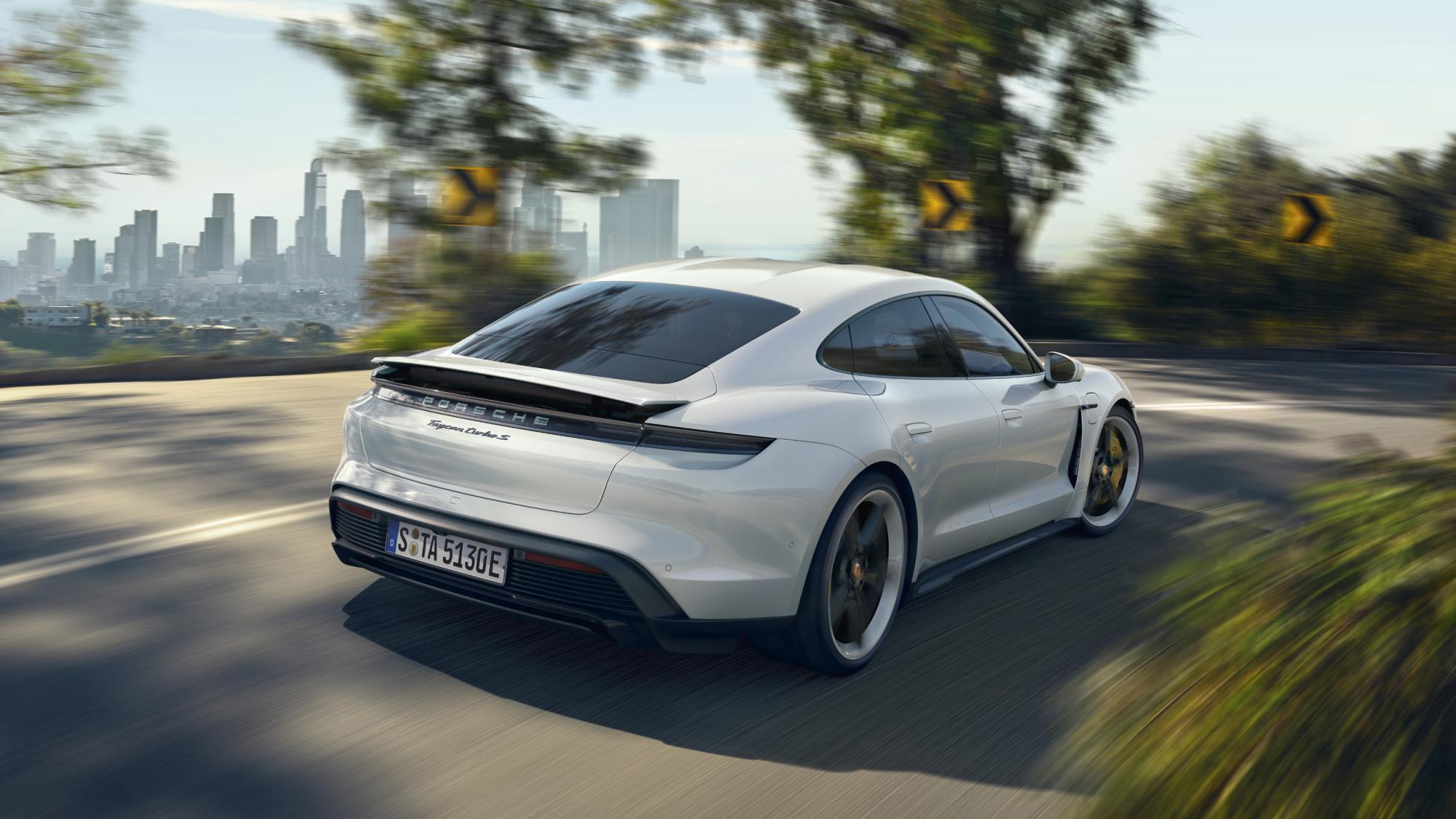 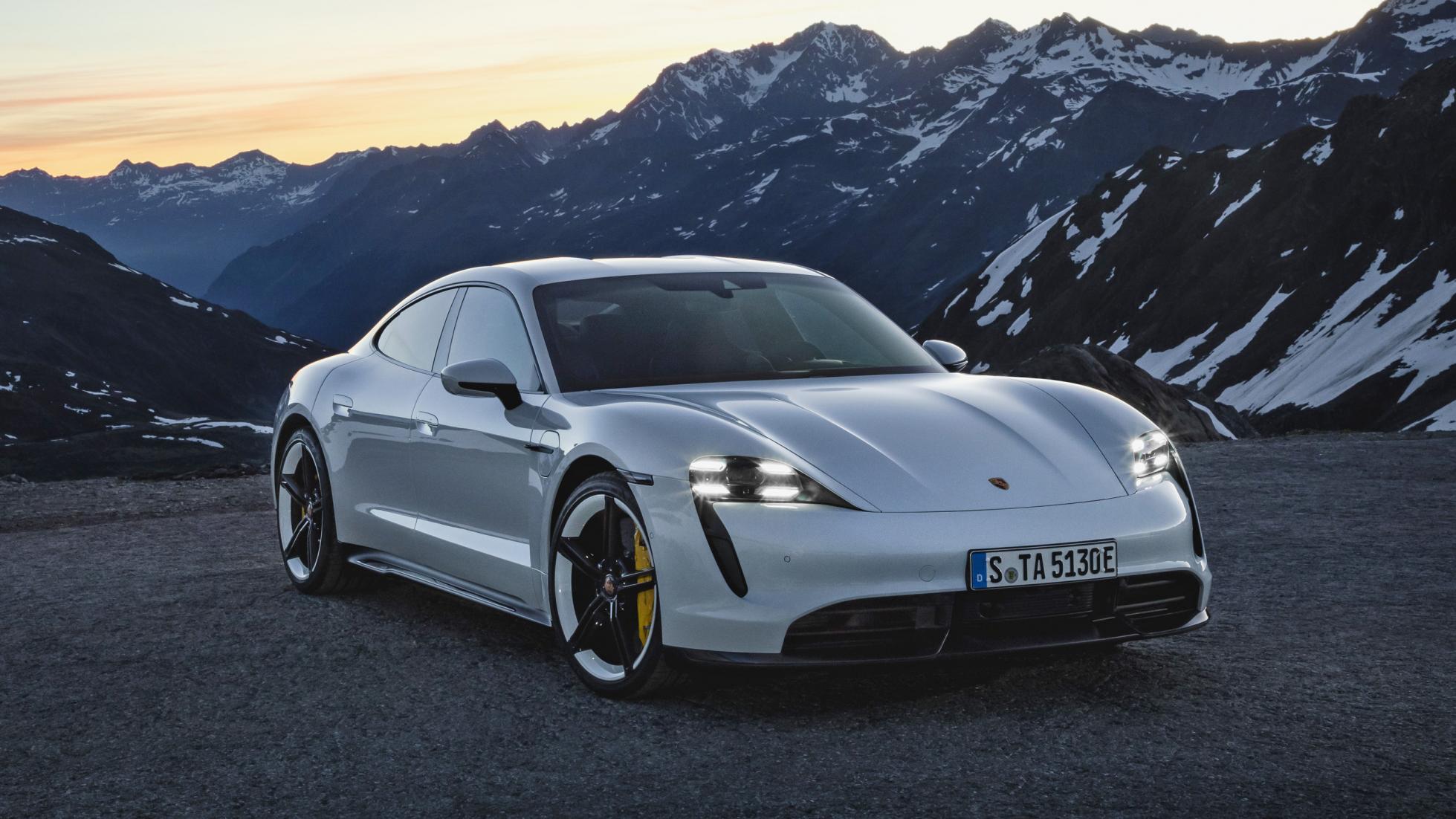 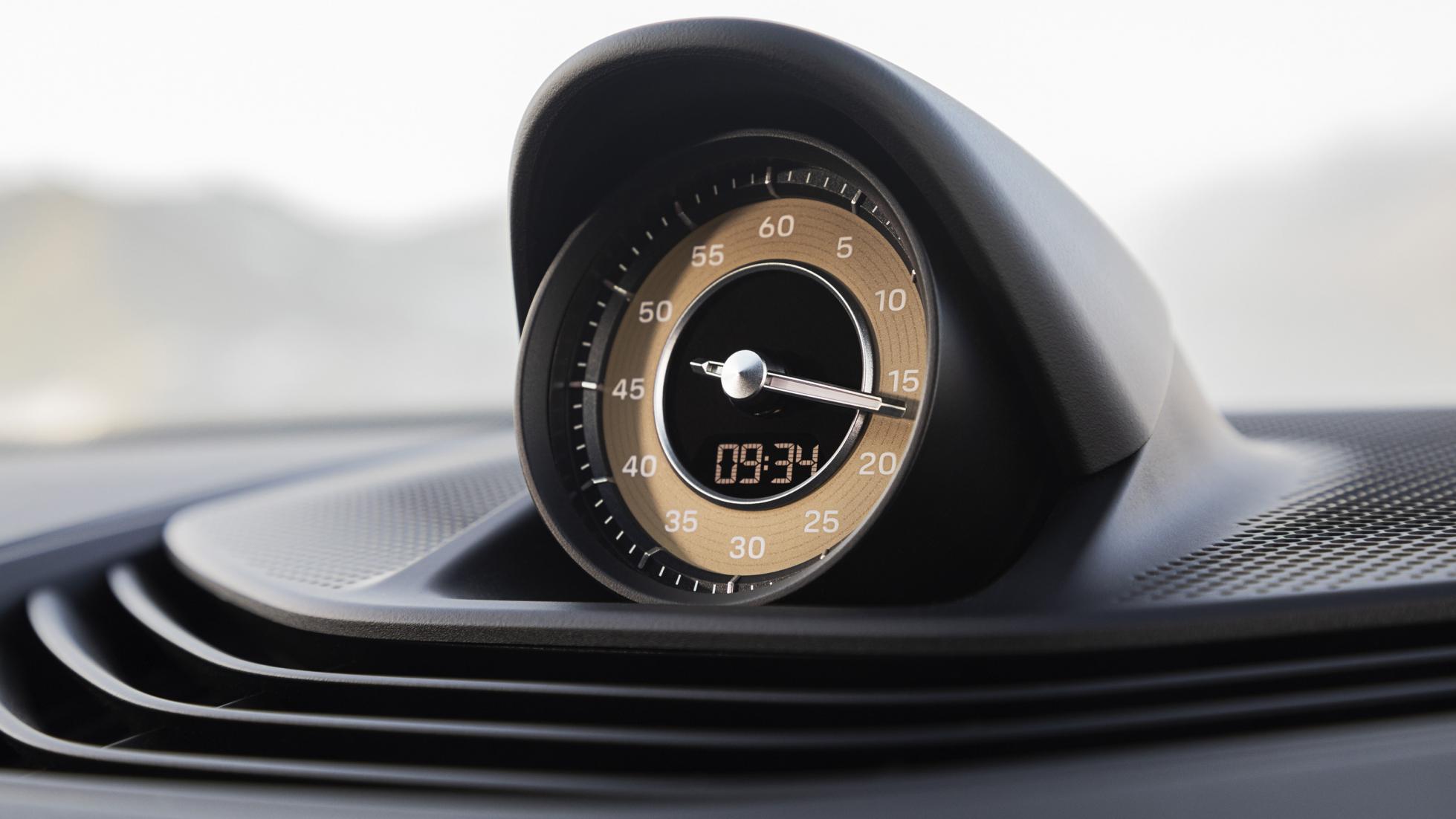