Let’s start from the bottom. Bugatti’s engineers stiffened up the front springs by 65 per cent, and rear springs by 33 per cent as well as tweaking the adaptive dampers for better performance. 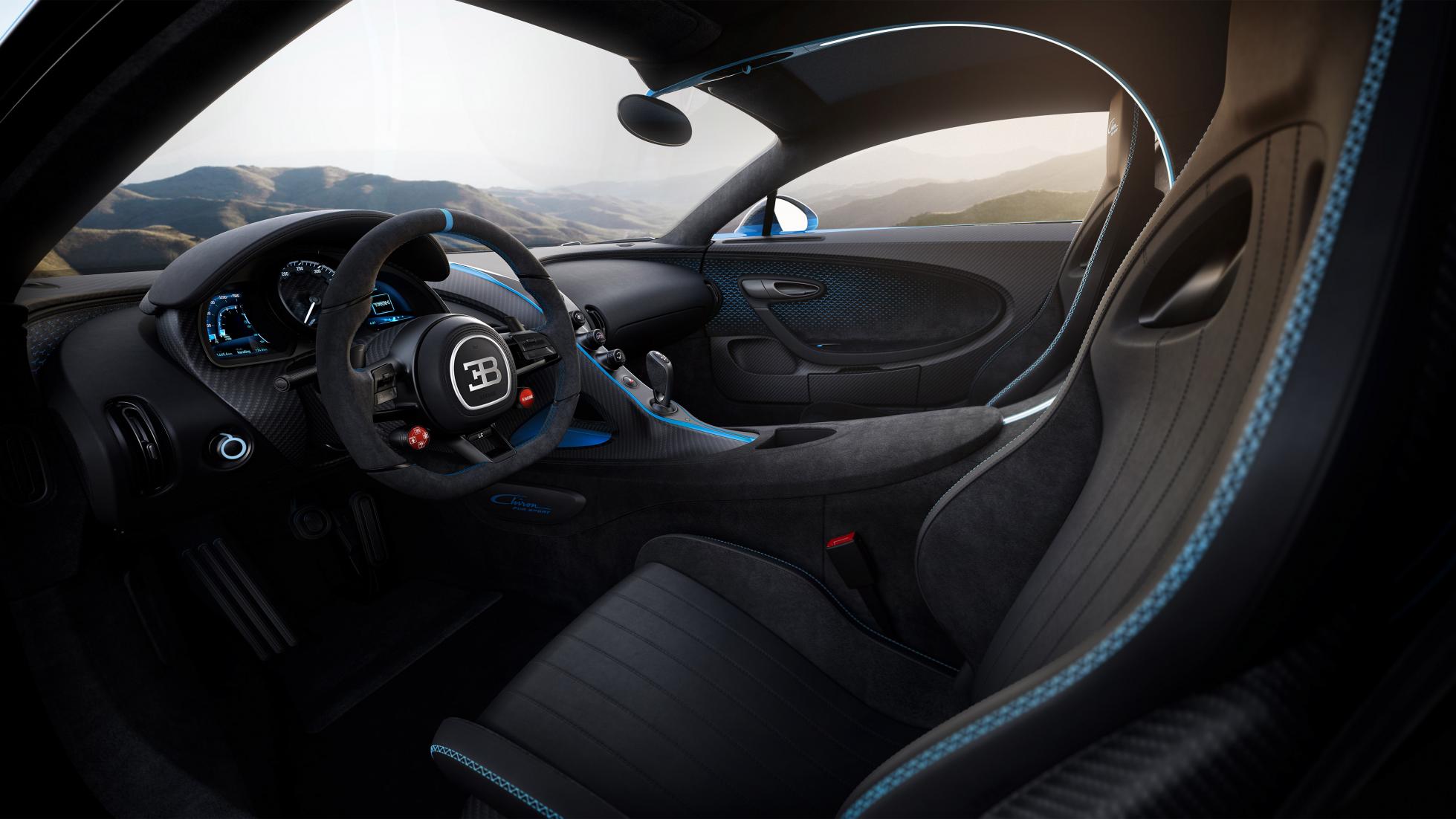 All in, we’re told this sharper, corner-hungry Chiron is 50kg lighter in total and steers “more directly and accurately through bends”. Consider you’ve got a 1,479bhp 8.0-litre engine lurking behind you, and that’s a lot of speed to carry through said bends.

There’s an additional drive mode (Sport+) which delays the deployment of traction control on a dry track, so get as lairy as you like. Indeed, the 1,479bhp is unchanged from a ‘regular’ Chiron (which nobody says), but that W16 quad-turbo unit redlines 200rpm higher (at 6,900), and is attached to a revised seven-speed gearbox with closer ratios.

Yes, top speed has been reduced to 349kph because of downforce, but it’ll go from 60kph to 113kph two seconds faster than before. And anyway 349kph is really quite fast enough already thank you.

Oh yeah, downforce. It’s sprouted a new rear diffuser, but something bigger is at play here. Literally bigger: out goes the hydraulically extending spoiler (saving 10kg), and in comes a 1.9m-wide fixed rear spoiler pinched from the pages of science fiction. No, really: Bugatti says the ‘X’ wing mounts that attach said scaffolding to Chiron is inspired by “science fiction and motorsport”. More of that please, Bugatti. 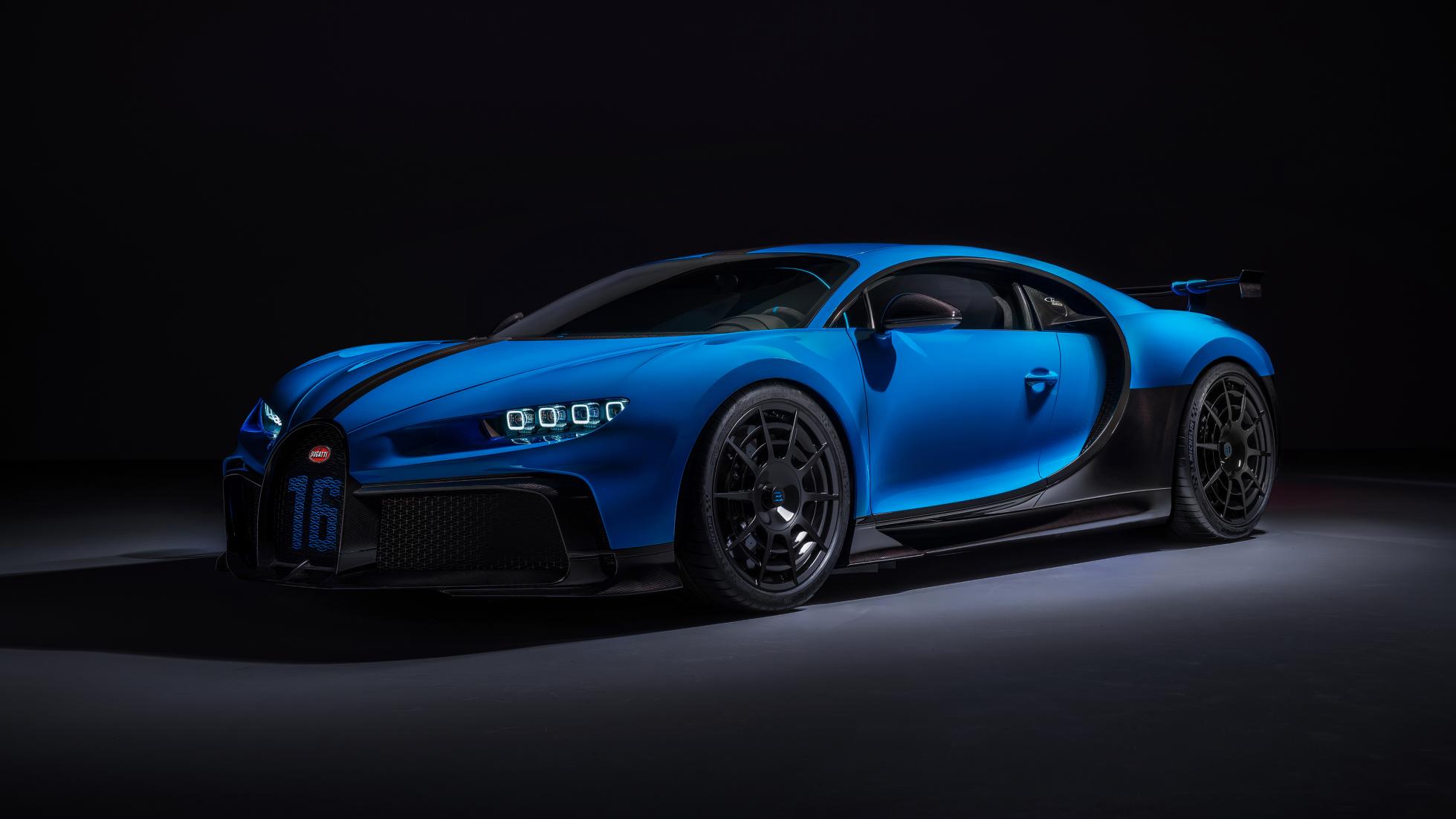 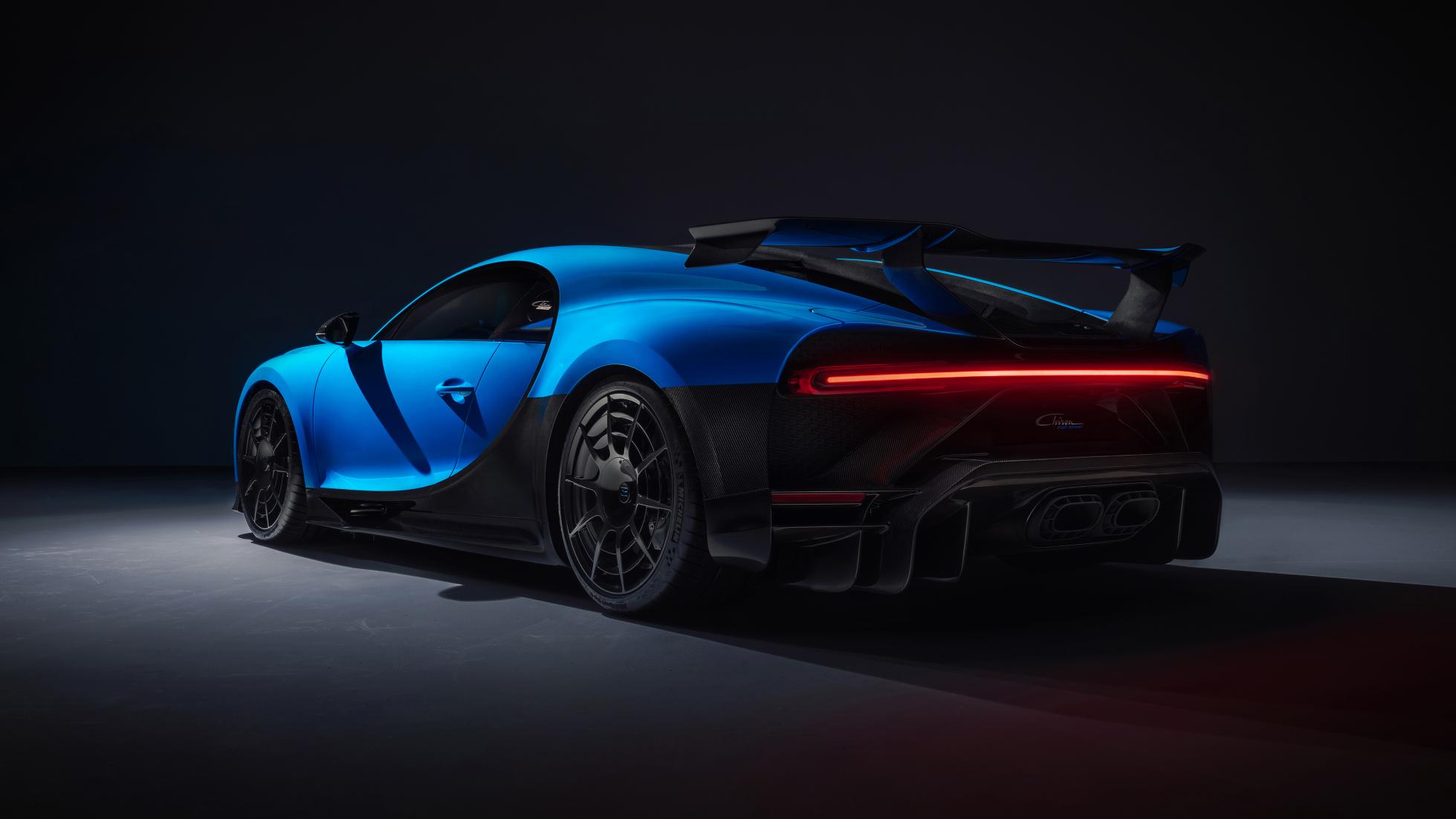 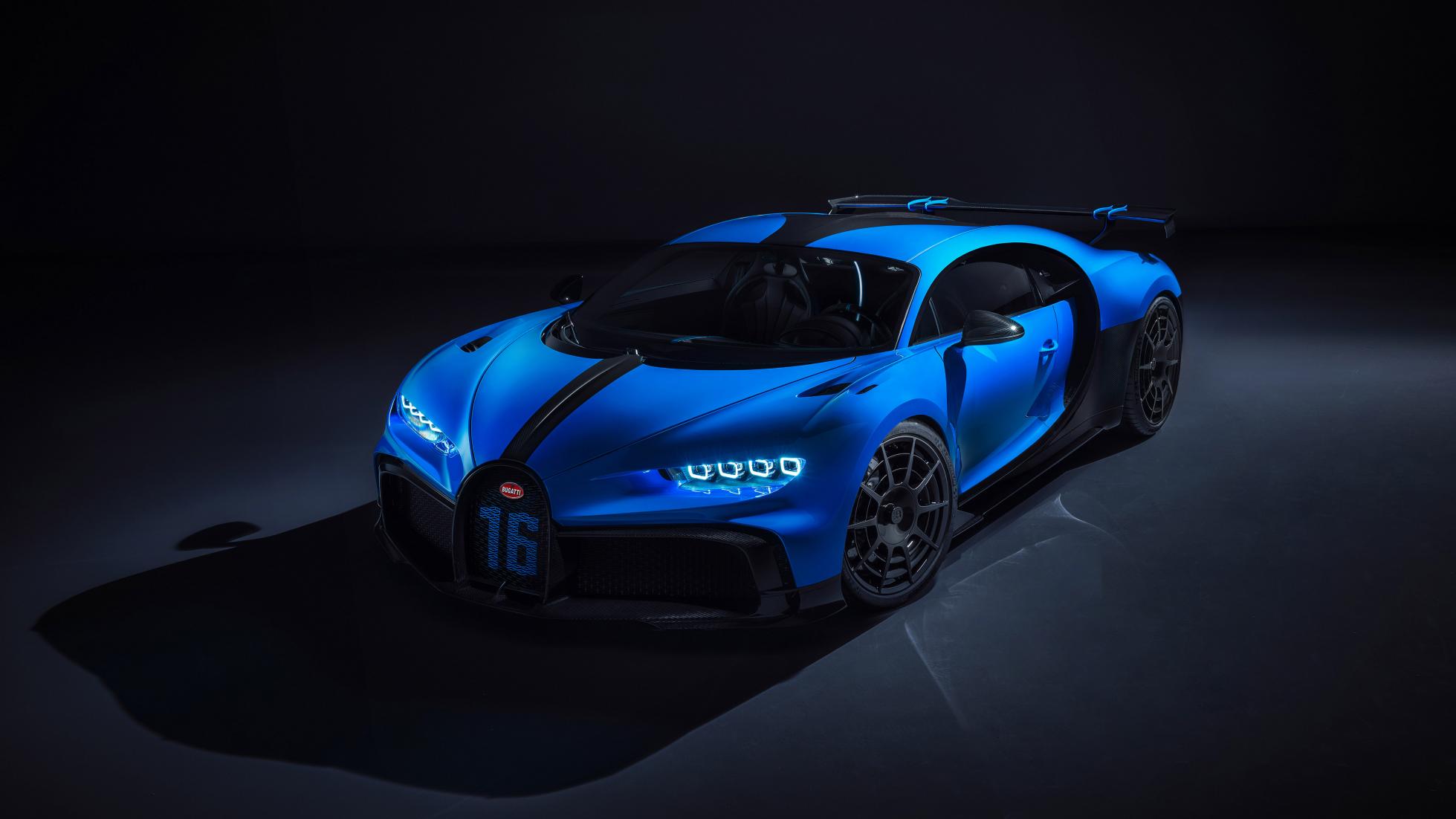 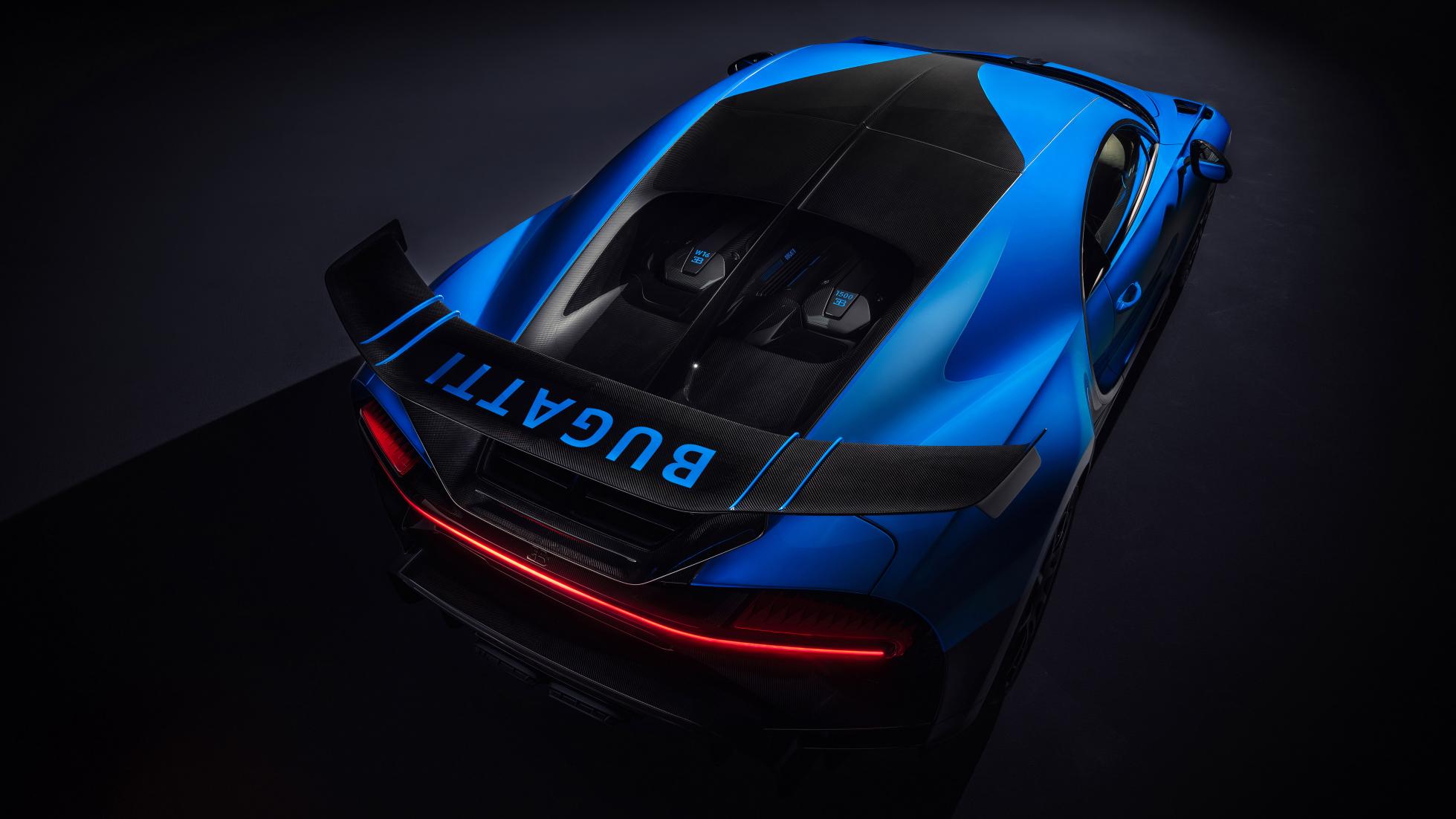 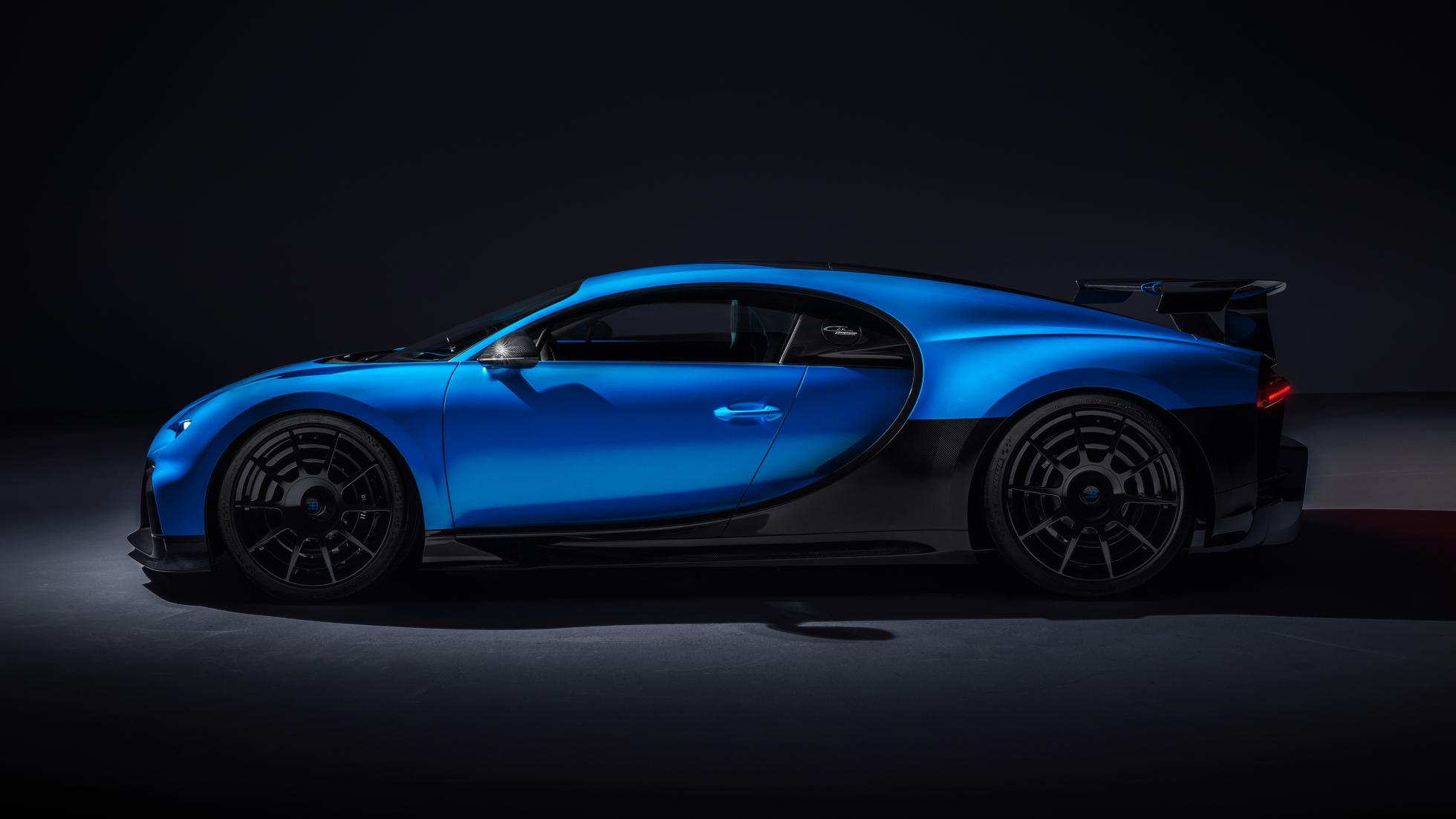 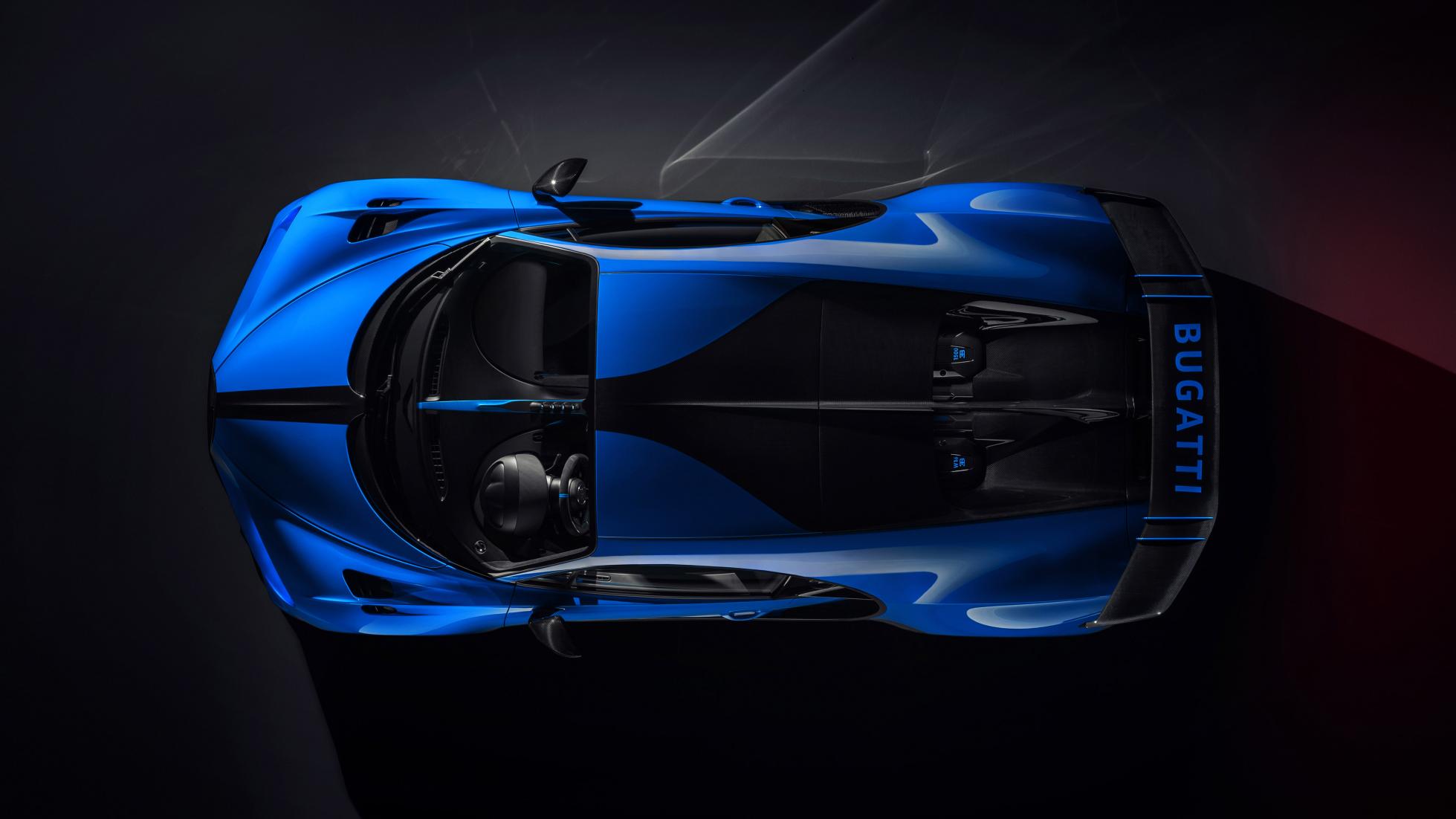 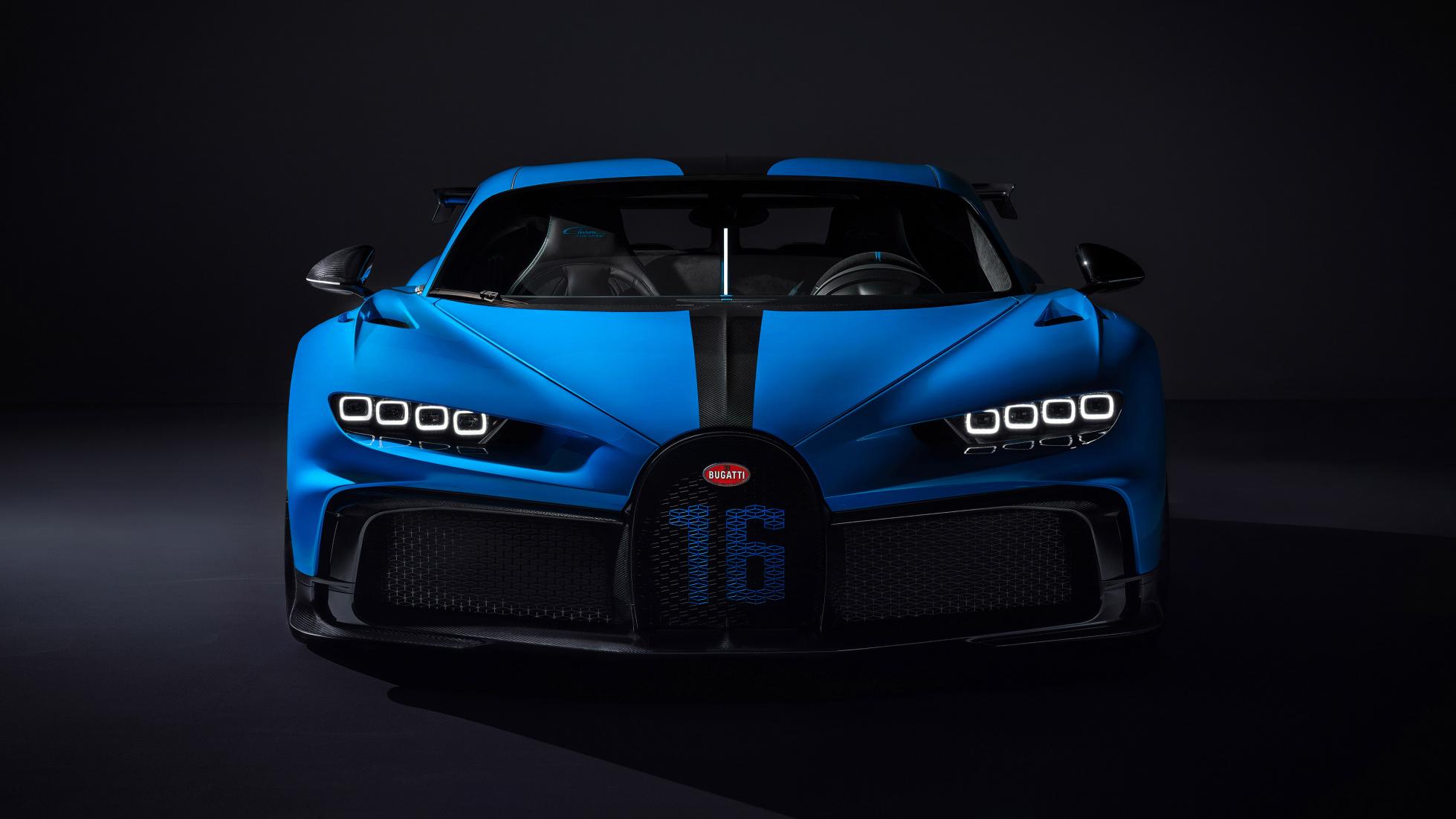 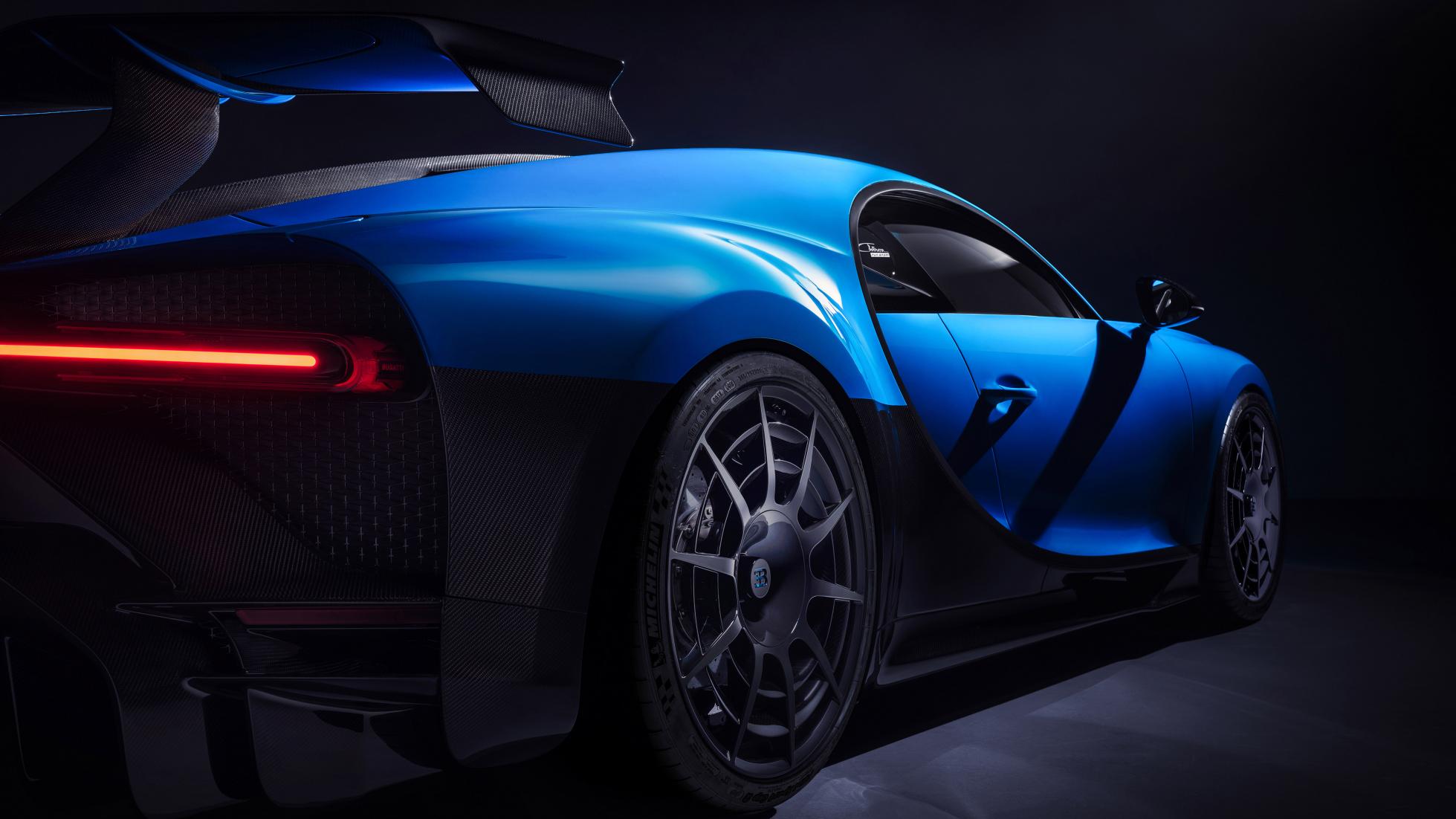 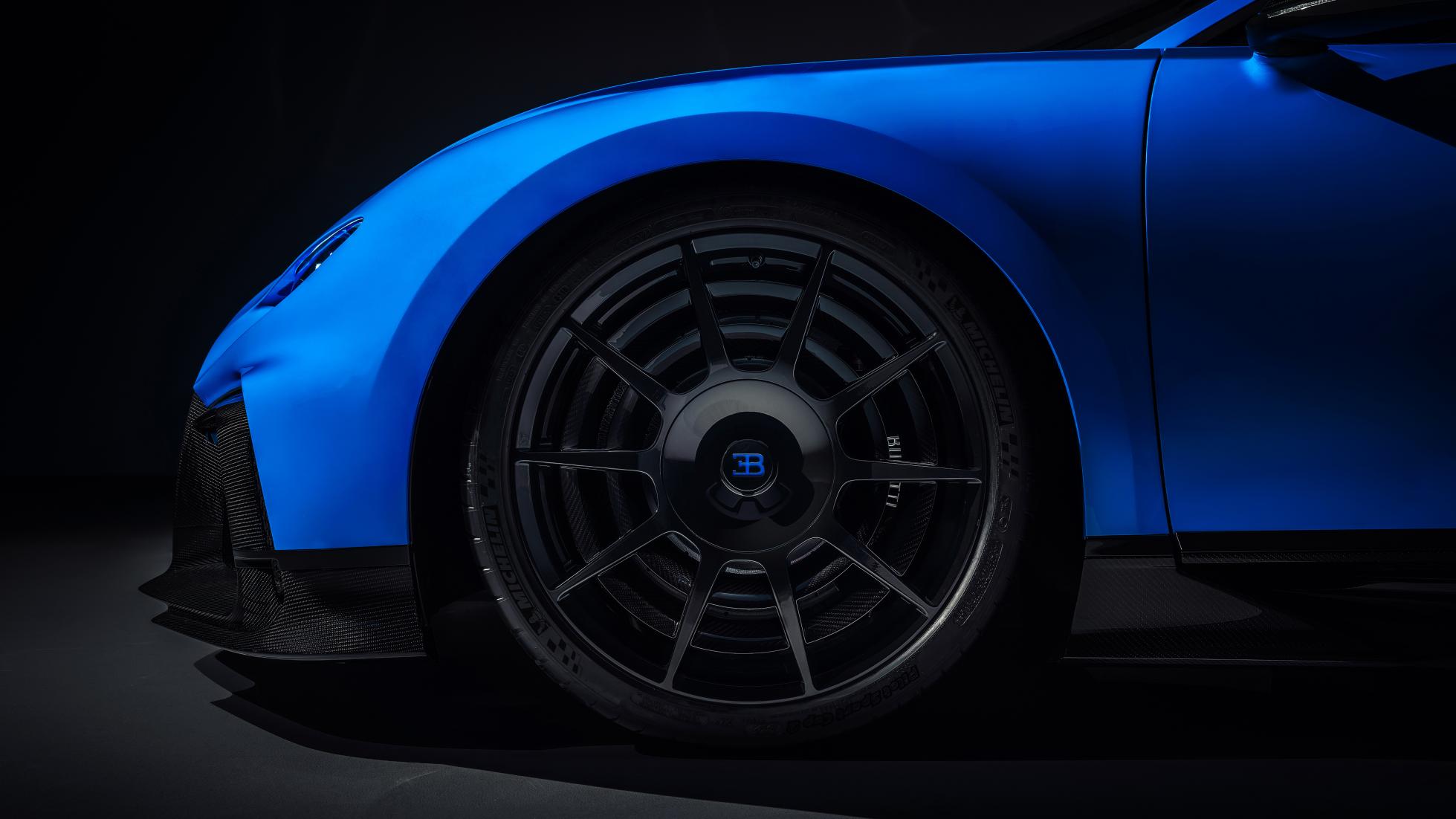 The exhaust has been 3D printed from titanium, is lightweight, and will no doubt make that W16 sing just a little louder. Elsewhere on the body you’ll spot wider front air inlets, a larger horseshoe panel, and a monster front splitter. The bottom of the Pur Sport features exposed carbon fibre, too, the reason being… it just looks fantastic, that’s why.

There’s lots of Alcantara inside, lasered patterns on the door trim panels, and everything is either black, anodised aluminium or titanium.

“We spoke to customers and realised they wanted a vehicle that is geared even more towards agility and dynamic cornering,” explains Bugatti boss Stephan Winkelmann. “A hypersports car that yearns for country roads with as many bends as possible.”

Just 60 will be built, with each one costing €3million (approx. RM14.01million) plus local taxes. “We have come full circle,” Winkelmann added, “back to the good, old Bugatti tradition.” Circle, yes, but also corners. Like we said, warm up those driving gloves…