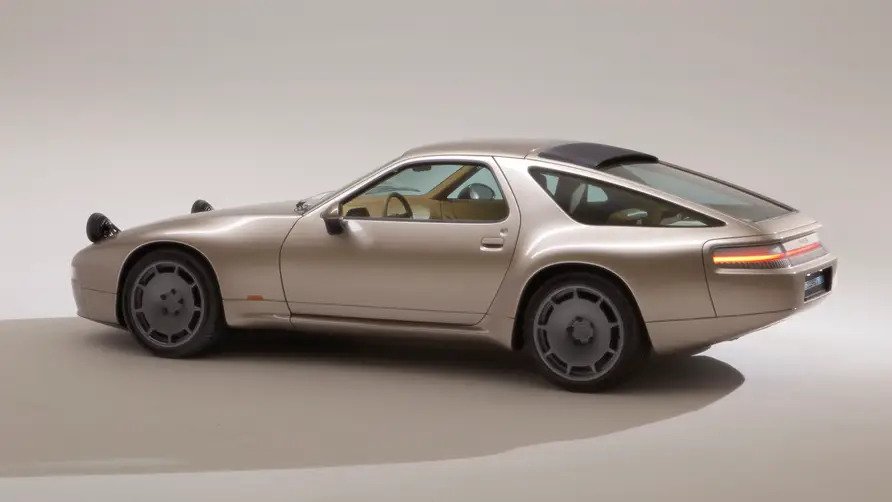 That price doesn’t include VAT, nor the donor 928, and for extra exclusivity only eight launch editions are being planned.

But there won’t be an upper limit on production, mind, so if the price is right and the 928’s your thing, best get saving. If not, the upcoming Goodwood Festival of Speed’s your best chance for a poke around.
A few notes, then. It’s the work of French tuner Nardone Automotive, which felt the 928 deserved a little more attention, starting with a body fully made out of carbon fibre and feature a few subtle tweaks. Like wider arches and new front and rear lights.

It runs an uprated V8 producing 400bhp, gets a six-speed manual gearbox and a limited slip differential. We’re told both axles have been tweaked, and the new 928 features active suspension, bigger brakes and adaptive electric power steering.

The company intends on delivering these restomodded 928s in 2024.