The Morgan Plus Six comes with Supra power

Meet the Plus Six, an almost entirely brand new Morgan. Which looks – perhaps reassuringly – just like an old Morgan. Believe it or not, a mere four components have been carried across from previous models, and they’re the round metallic stoppers for the centrally hinged bonnet. Everything else has been replaced or completely redesigned.

What those stoppers protect is the big news. Morgan had already told us the Plus 8 was surrendering its V8, and its change in name is a ginormous clue to what lies beneath, namely a 3.0-litre straight-six turbo engine producing 335bhp and 500Nm.

If that sounds like a familiar set-up, well it is; the engine comes across almost wholesale from the BMW Z4 and, indeed, the Toyota Supra. The car of the moment. The Plus Six gets its own calibration and exhaust tune, mind, and with a mere 1,075kg to move around, achieves a stocky 267kph top speed and 4.2secs. More modern aerodynamics would likely improve both figures…

That turbo six drives the rear wheels, but despite this being Morgan’s first ever turbocharged car, via no safety systems whatsoever. There’s not a jot of traction or stability control, ABS being the only sop to that entirely modern attitude of ‘not wanting to crash’. 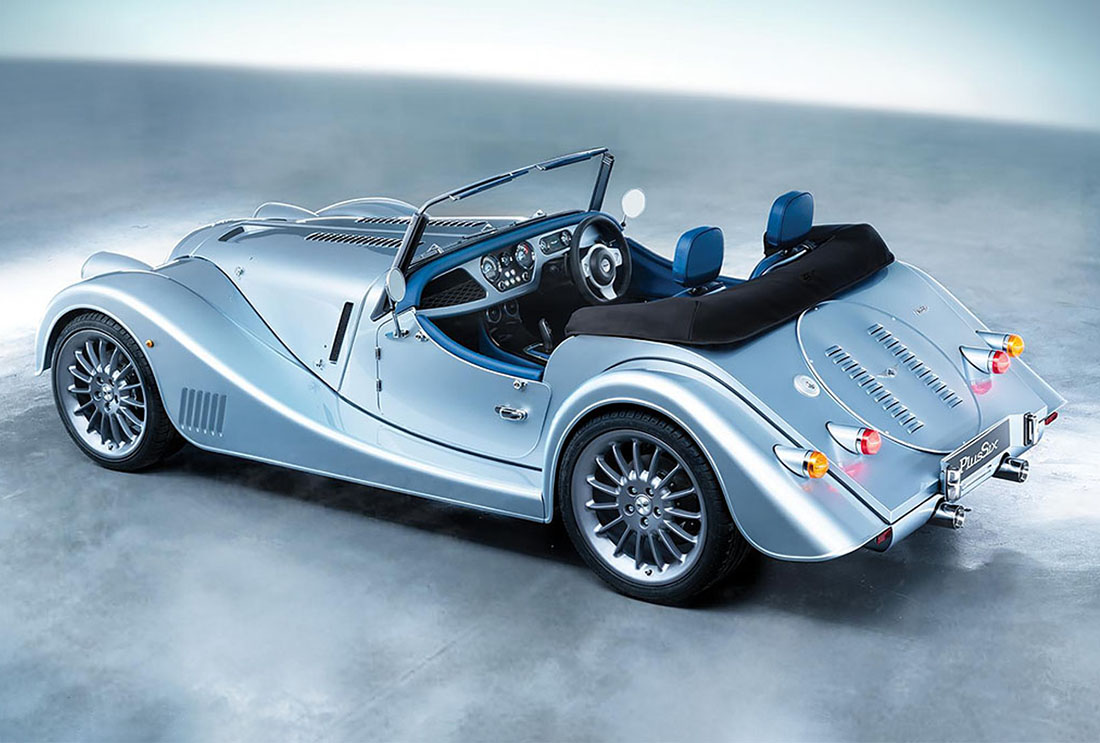 But this is where news story number two comes in: the Plus Six is based upon an entirely new aluminium and ash architecture that should futureproof Morgan’s next range of high-end sports cars. The so-called ‘CX’ platform may host an entirely familiar looking car to begin with, but expect considerably more radical Morgans to follow. Hybrids, EVs, active safety systems, even a degree of self-driving… this new age of Morgan will be able to adapt to whatever its maker (or legislation) sees fit.

So while future Morgans can be malleable to changes in safety rules, the Plus Six channels all of that turbo power through no filters whatsoever. There’s only an eight-speed ZF automatic for now, with fixed plastic paddles behind the wheel and the same central gear selector as all the BMWs (and the Toyota) the drivetrain is shared with. A manual may follow in due course.

There’s a choice of comfort, sport and sport plus drive modes, though they operate only on gearbox and throttle reactions. There’s no adaptive damping or suchlike, but again, it’s something future models may get. If you’re worried, then the new platform is twice as strong as the one it replaces with inevitable benefits to handling prowess.

It may look old, but we’re promised this thing really is all new.

The Plus Six has had three years of development work, much of it alongside BMW, and is without doubt the most thoroughly honed Morgan ever, with hot and cold testing overseas and lapping at Idiada in Spain.

“We worked very closely with BMW,” says Morgan’s design boss, Jonathan Wells. “Their engineers were very excited by the fact the engine isn’t concealed behind layers of sound deadening and interfering tech, and it’s very much a visceral engineering activity.”

That new platform also halves the production time compared to a Plus 8, down from eight to four weeks, and thus should double the wide-bodied Morgan’s sales, from 150 to 300 a year. The company is famed for its almost infinite bespoke options, though, and reckons the Plus Six will be more customisable than ever thanks to the new seat and trim options freed up by a bigger, more flexible interior. 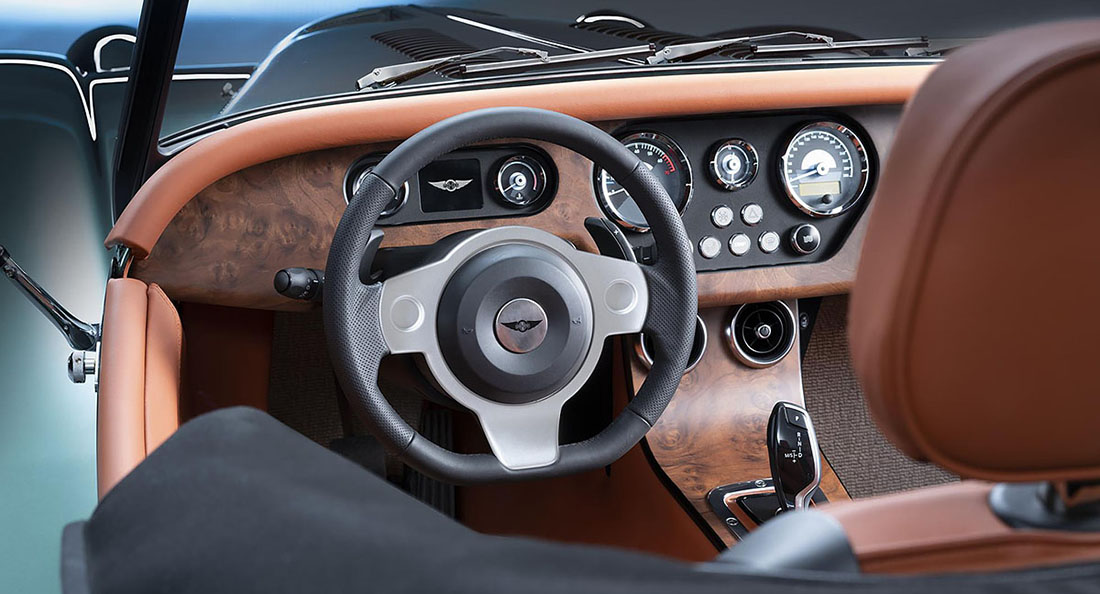 It’s actually pretty familiar inside. The dials are as simple as before and the interior doesn’t suddenly submit to an endlessly connected world; driving a Morgan will remain an antidote to all of that, but there is a new LCD trip computer so you can see how close to its claimed 38mpg you’re getting. The biggest change is an additional 200mm of legroom that should open up Morgan ownership to a hitherto unsatisfied tall audience.

“The first thing we packaged was the people, then we put the components around them,” says Wells. “It’s a completely new approach to how we develop cars with much more flexibility.”

Yep, it may look old, but we’re promised this thing really is all new, and the clues are there as soon as you prod beneath the surface. The doors stay open and don’t jam your leg. There’s remote central locking and automatic headlights. There’s puddle lighting, for heaven’s sake…

Order books are open now, with the Plus Six starting at £77,995. Considerably more than the BMWs and Toyotas its engine is shared with, but much less than the £120,000 those final Plus 8s sold for. The two cars you see here are the now de rigueur Launch Editions, which cost £89,995, come in a fixed spec and include the removable hard top that’ll be optional on regular Sixes.

Overseas, the price difference will be yet more stark thanks to the smaller engine’s cleaner CO2 emissions. In some European markets they’ll drops the car’s registration tax from as much as 60,000 euros to around 10,000 euros. Yikes.

“We recognise the classic Morgan has remained very popular for us and we still see a lot of mileage in the running board design,” concludes Wells. “We think it’ll appeal to current Morgan owners but also turn the heads of people who haven’t considered them before.

“We’re taking a really long look down the road at the moment – what does a 2030 Morgan look like? – which is great for us designers. We have a very robust product plan looking forward.” 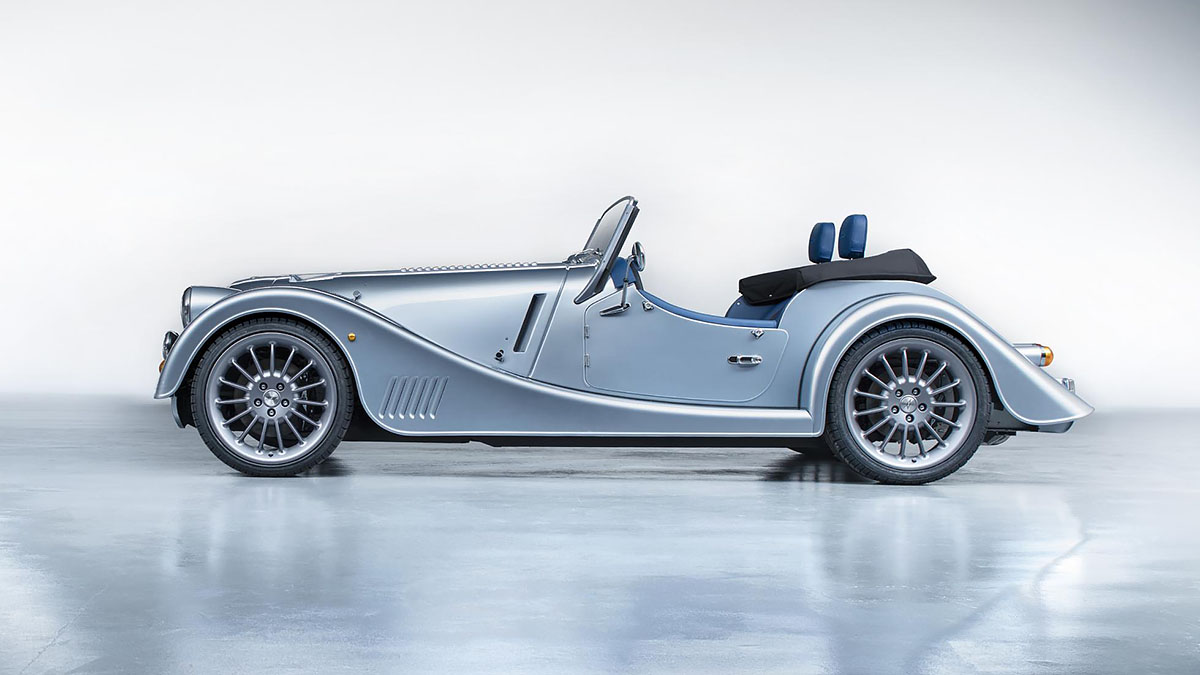 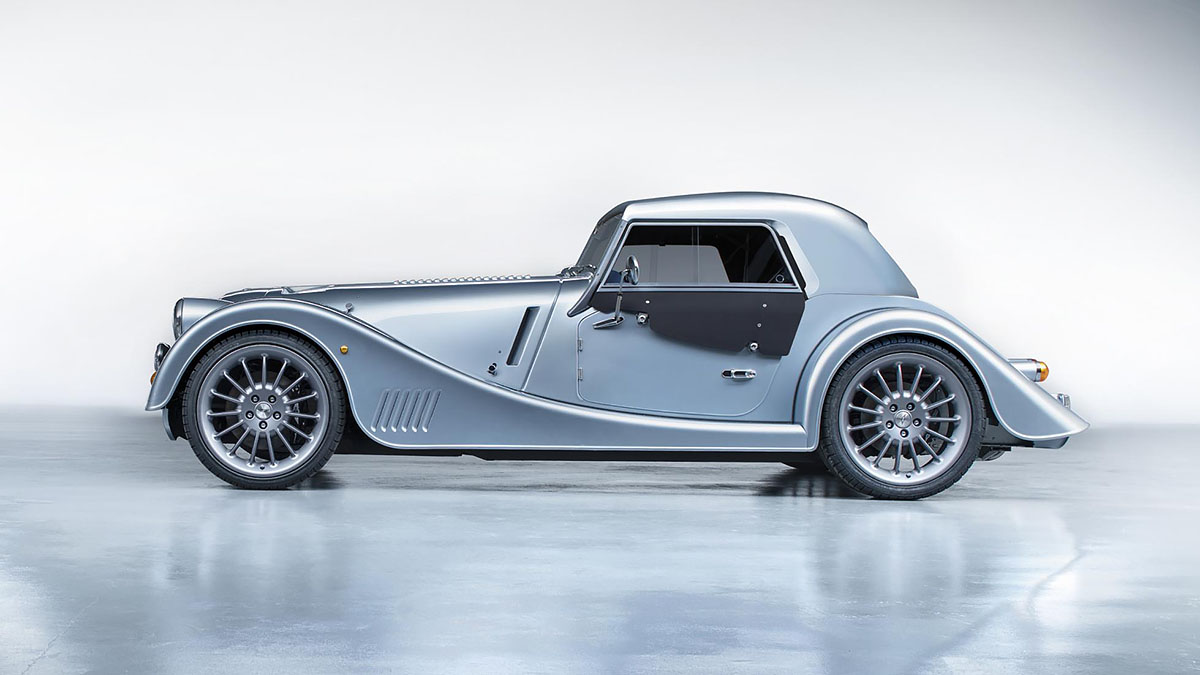 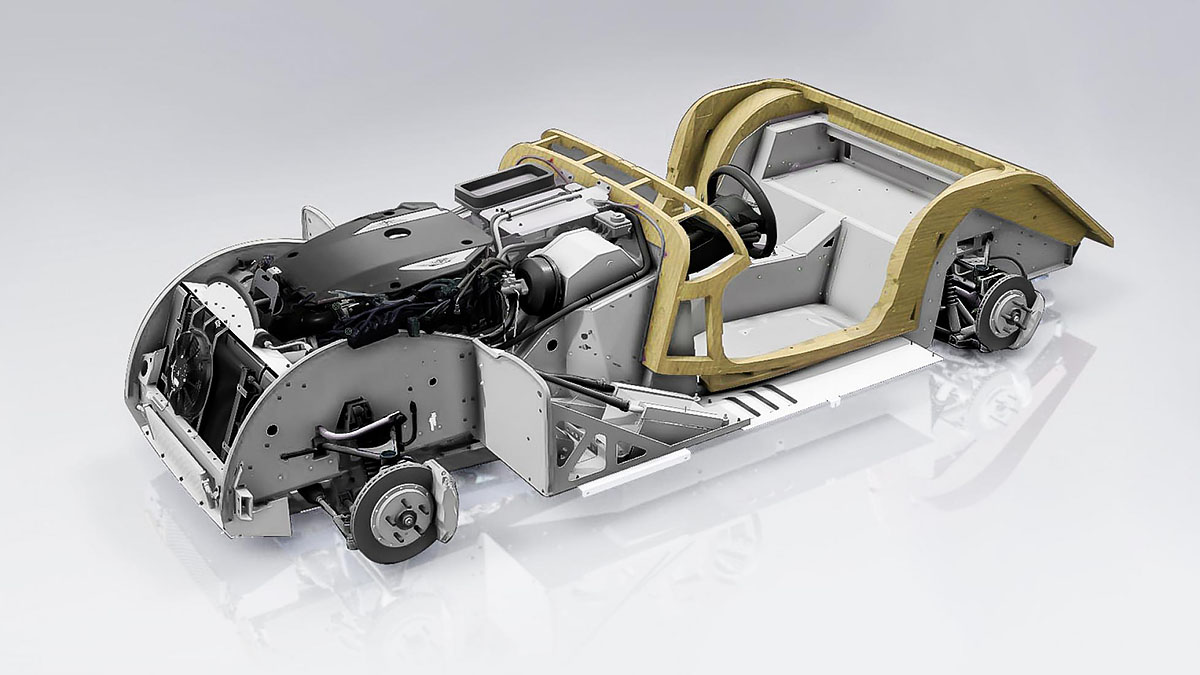 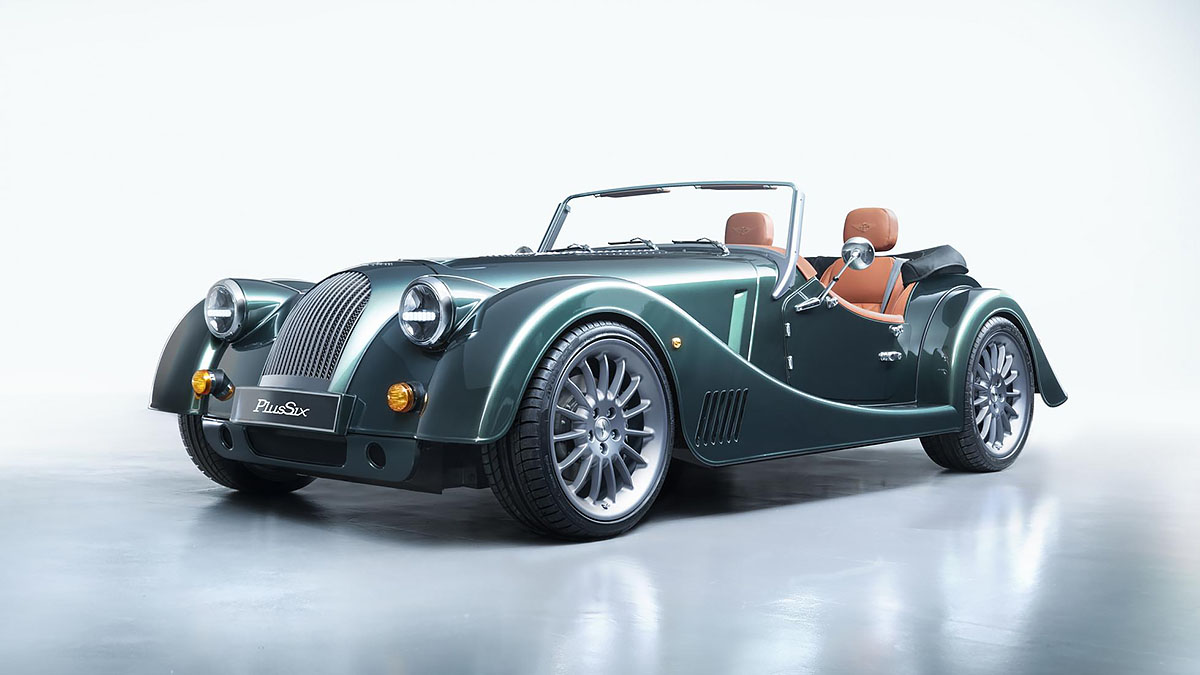 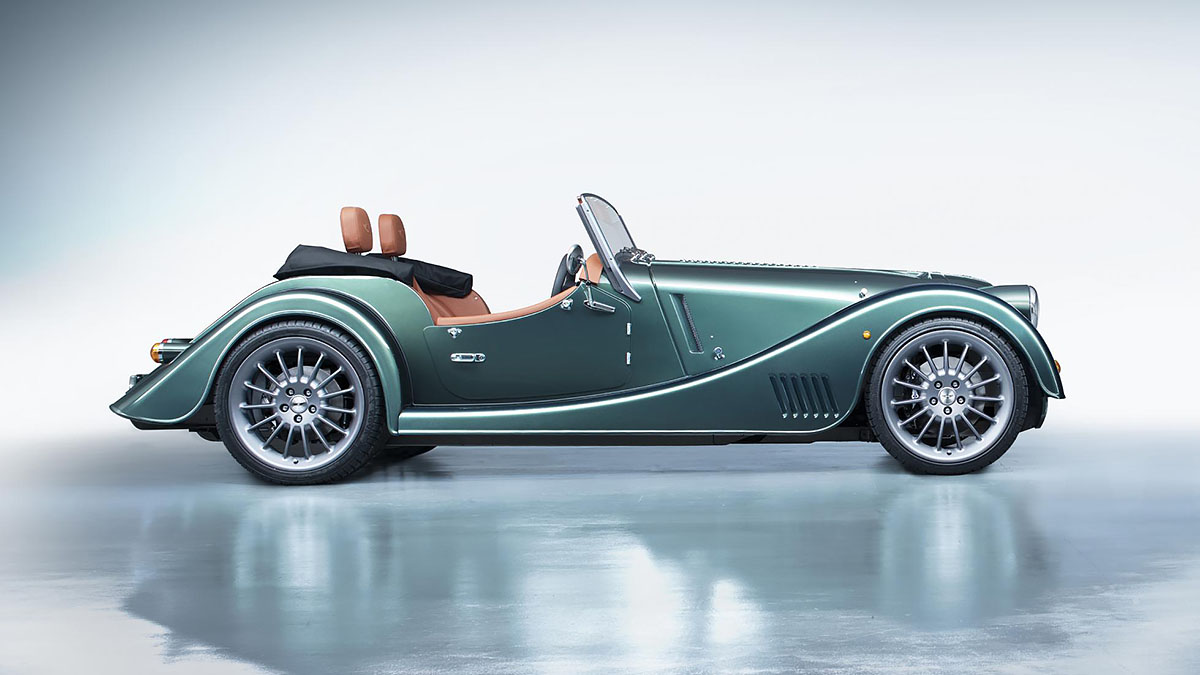 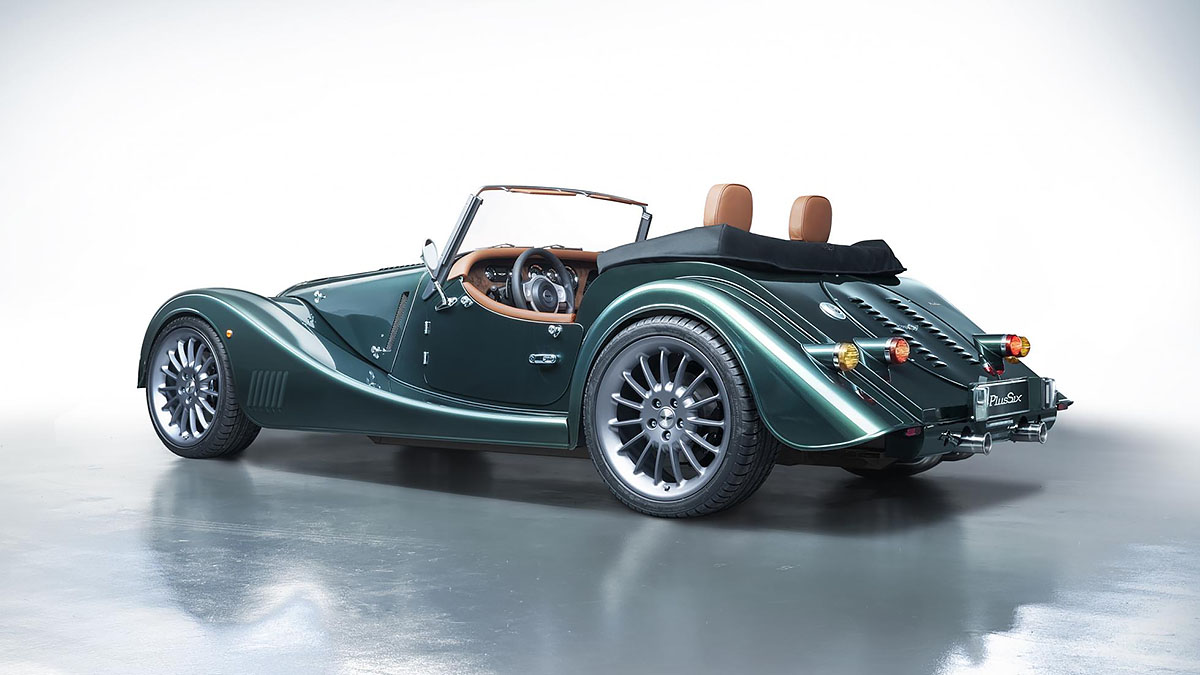 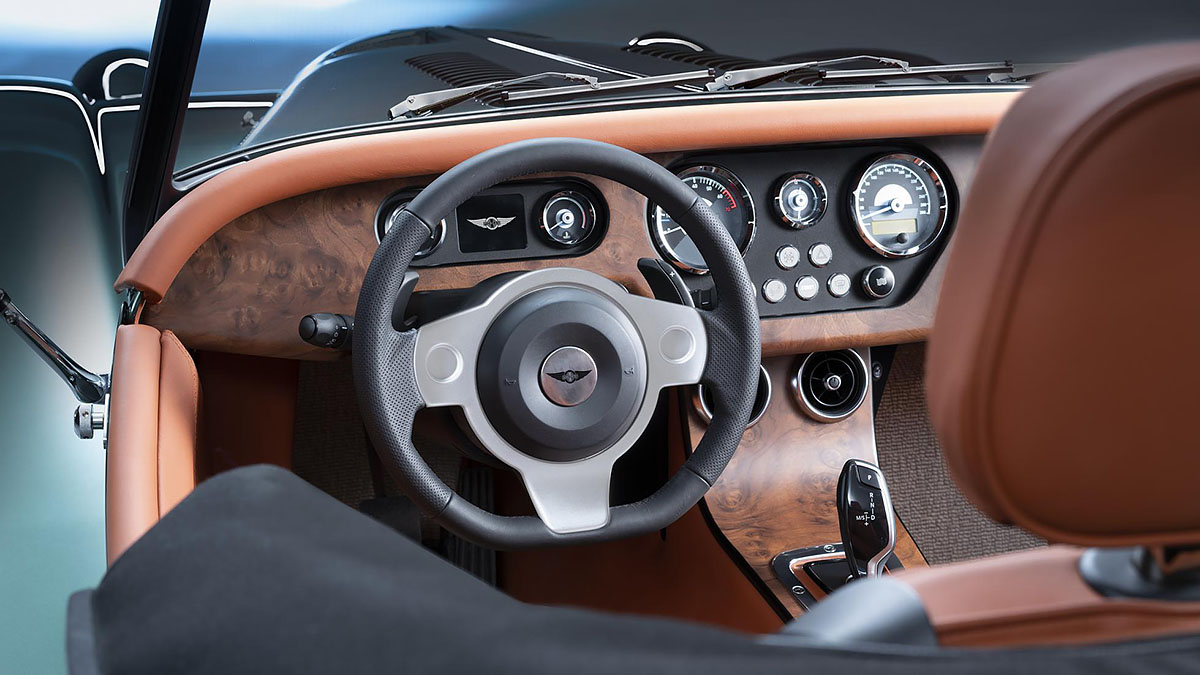 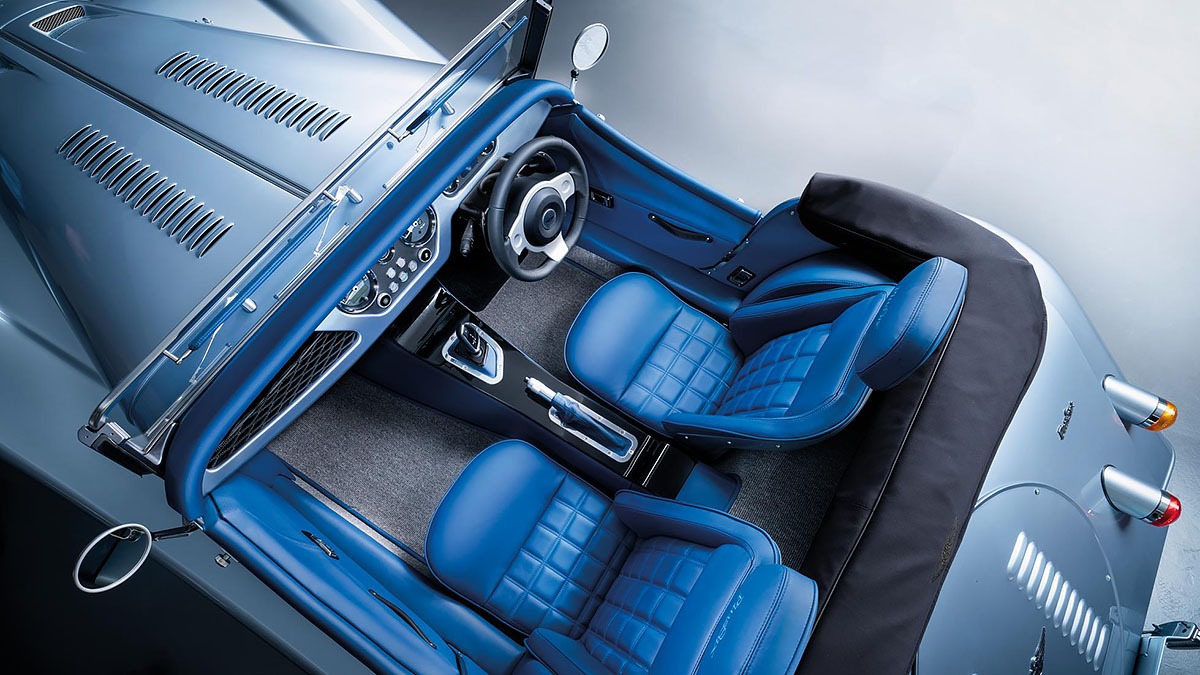 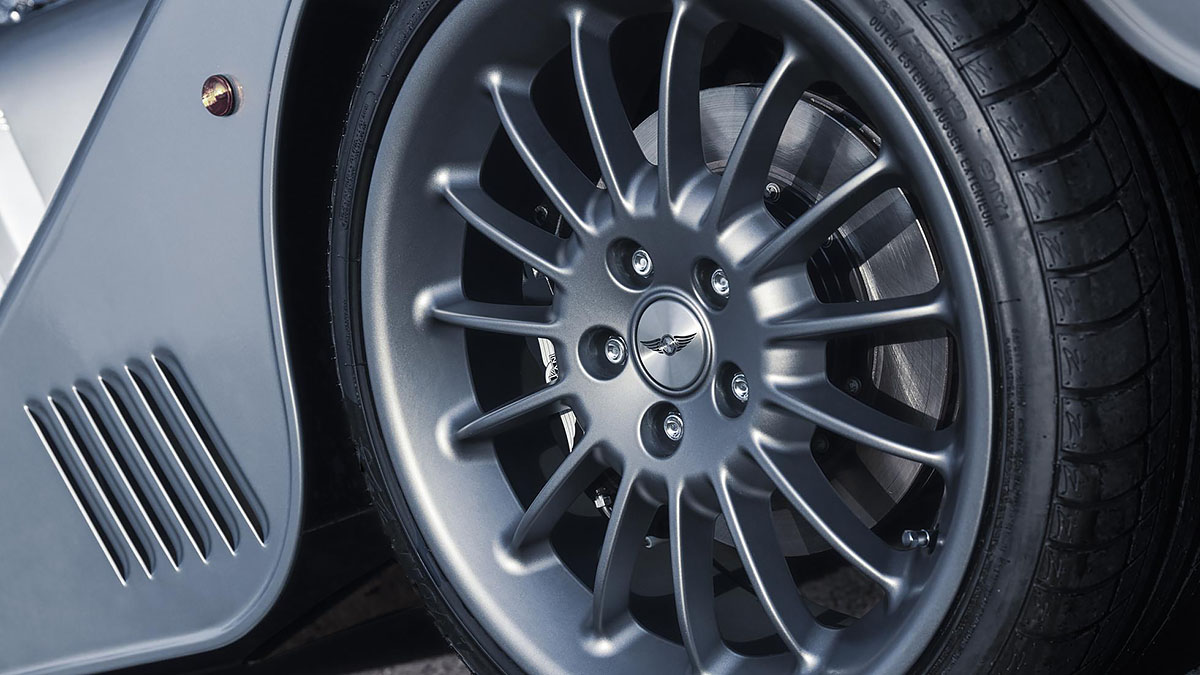