The Mercedes-AMG Project One is now just called ‘One’

The new trinity of hybrid hypercars has so far been blessed with evocative, exciting names. The Aston Martin Valkyrie. The McLaren Speedtail. Cor. We’ve been waiting tensely to see how Mercedes-AMG would complete the trio. What would the final name for its F1-engined special, codenamed Project One, turn out to be?

Is it just us that preferred ‘Project One’? That was cooler, right? AMG protests: “The name stands for the highest automotive ambition: to bring Formula 1 hybrid technology to the road. Mercedes-AMG One will be the pinnacle of the model portfolio and the absolute top-of-the-line model – as is logically referenced by the One.” 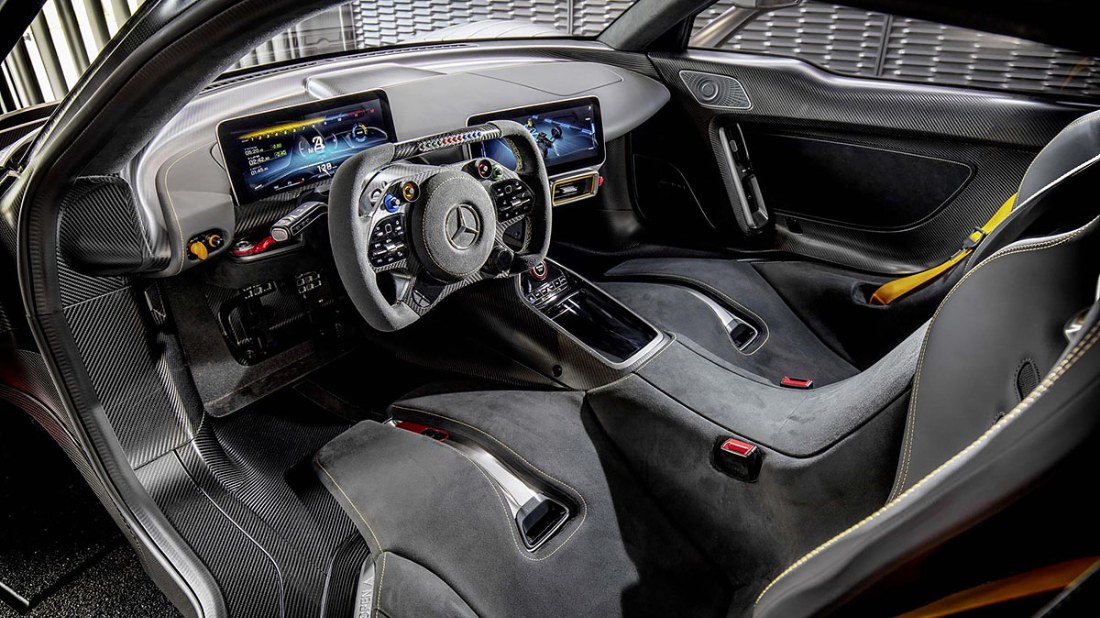 And in fairness, McLaren said much the same when it called its own furious F1-inspired hybrid hyperspace moonshot ‘P1’. Then again, it had a rival called TheFerrari. Silly hypercar names, eh? They’re nothing new.

Still, imagine the possibilities. Maybe they’ll be an even lighter version called AMG Minus One. As opposed to the One for the road.

You can read more about the tech spec of the AMG One here. Think 1,000bhp+, 350kph, and 0-200kph in under six seconds. By the time it’s finished testing and reaches a customer, it’s almost certain Mercedes-AMG will have another F1 title to its name. Mmm, pedigree.

Right, let us guess. You’ve absorbed the simple name and you’re wondering what that lorry in the gallery is all about. Is the Mercedes-AMG One per chance the first hypercar to come as standard with an HGV and its own pit crew? Or, indeed, its own Valtteri Bottas?

Err, no. In fact, the truck is a mobile showroom featuring a mock-up of the One’s cockpit to sit in, while Bottas’s appearance is a mystery. That truck, though, also boasts a coffee bar, a lounge, touchscreen animations, material samples and colour swatches. Right now, it’s parked up at Merc’s Munich branch, and available to customers who want to spec their One up. A bit of a One-stop shop, if you will.

The clients will be seen in exclusive sessions: a one-to-One, no doubt. Alright, we’ll stop. Feel free to carry one, sorry, carry on... 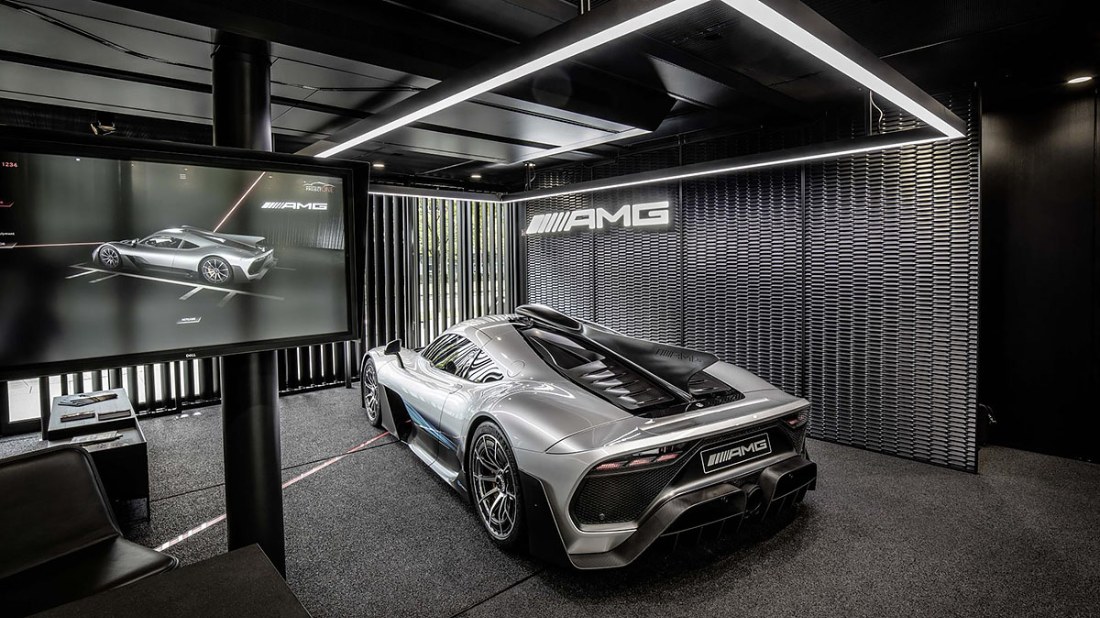 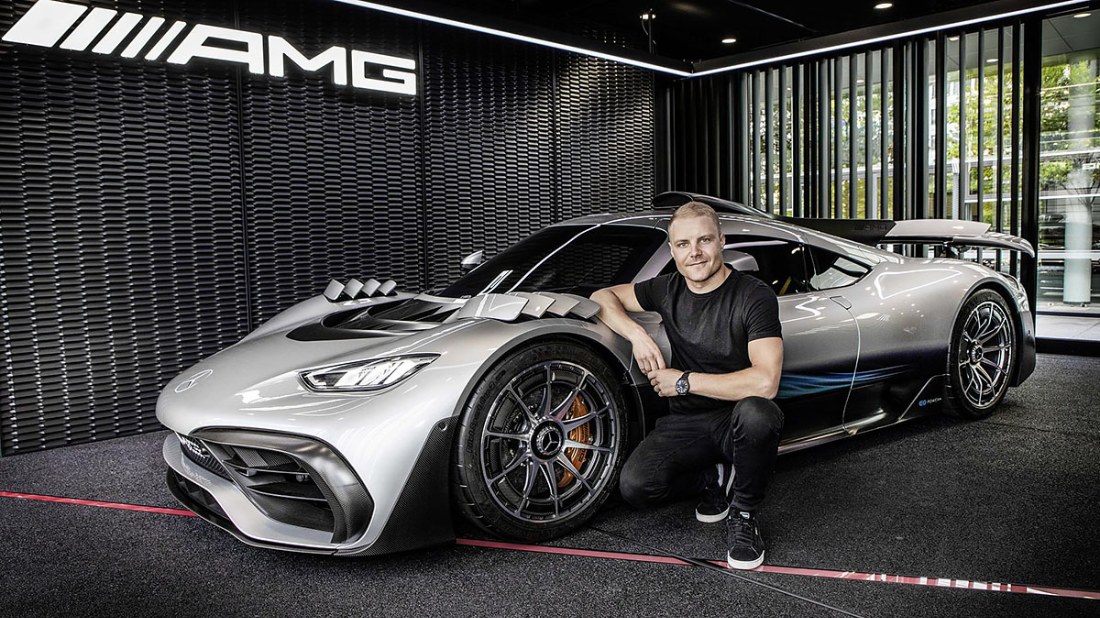 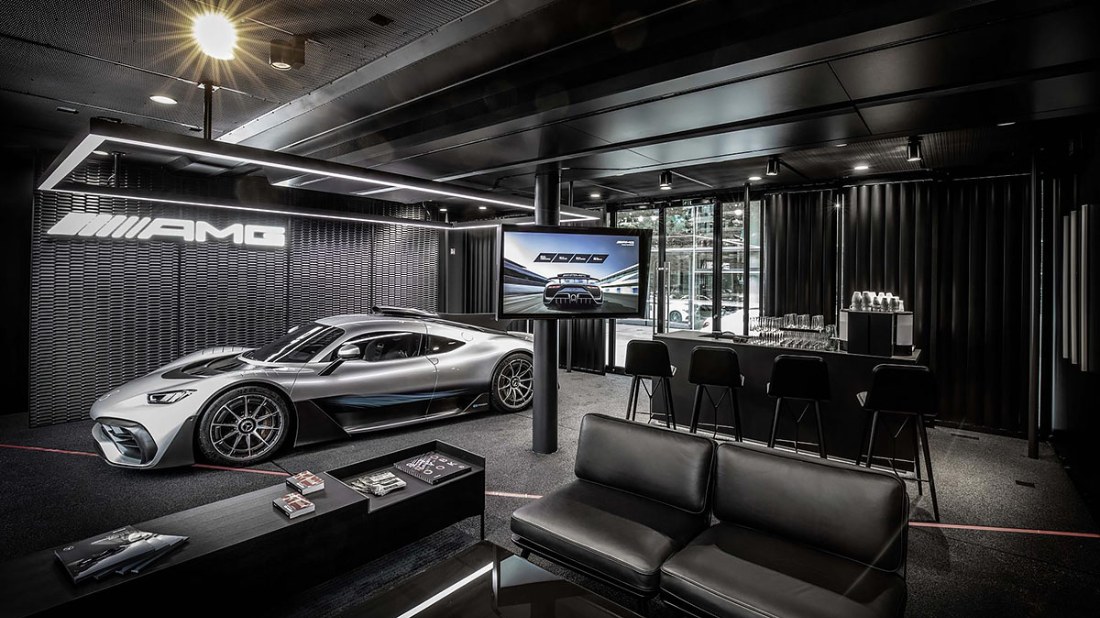 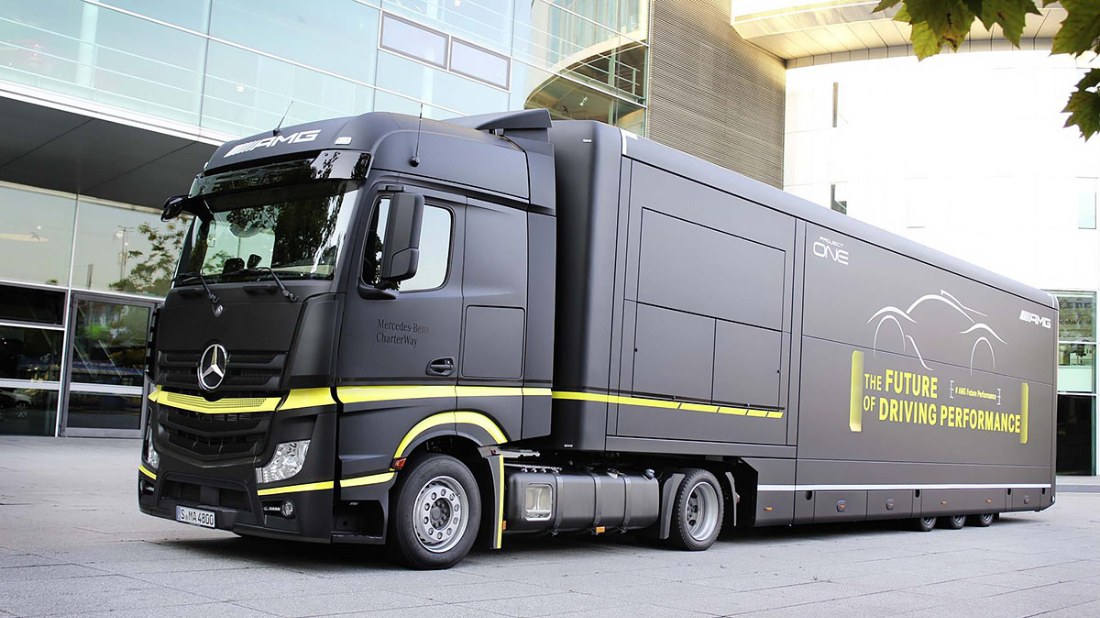 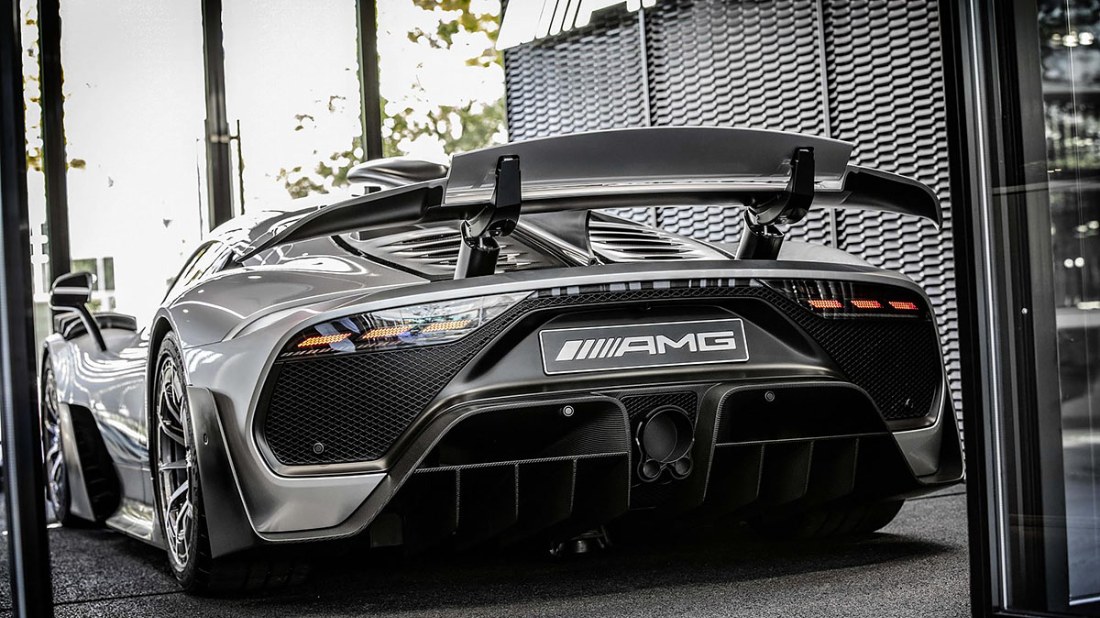