The McLaren 600LT is the most extreme Sports Series car ever

In McLaren speak, then, the letters LT are serious. They mean something lighter, more powerful, more hardcore, more rare. And they also mean soul. All very good reasons to hail this, the new 600LT.

Just as the 675LT was a magnificent transfiguration of the 650S, so the new 600LT is a spin-off from the 570S. To save you Googling it, when Top Gear first drove the McLaren 675LT we dared to compare it to the immortal F1.

Much as we adore the 570S, it has been deemed well adrift of what it means to be LT. Nearly a quarter of its parts have been changed.

The 600LT will lap a track faster than the older 675LT, McLaren says. That’s despite the fact its straight-line performance is weaker. Weaker being a relative term, you understand, given the 600LT will get from zero to 200kph in 8.2 seconds. Which is faster than a Huracan Performante or 911 GT2 RS. 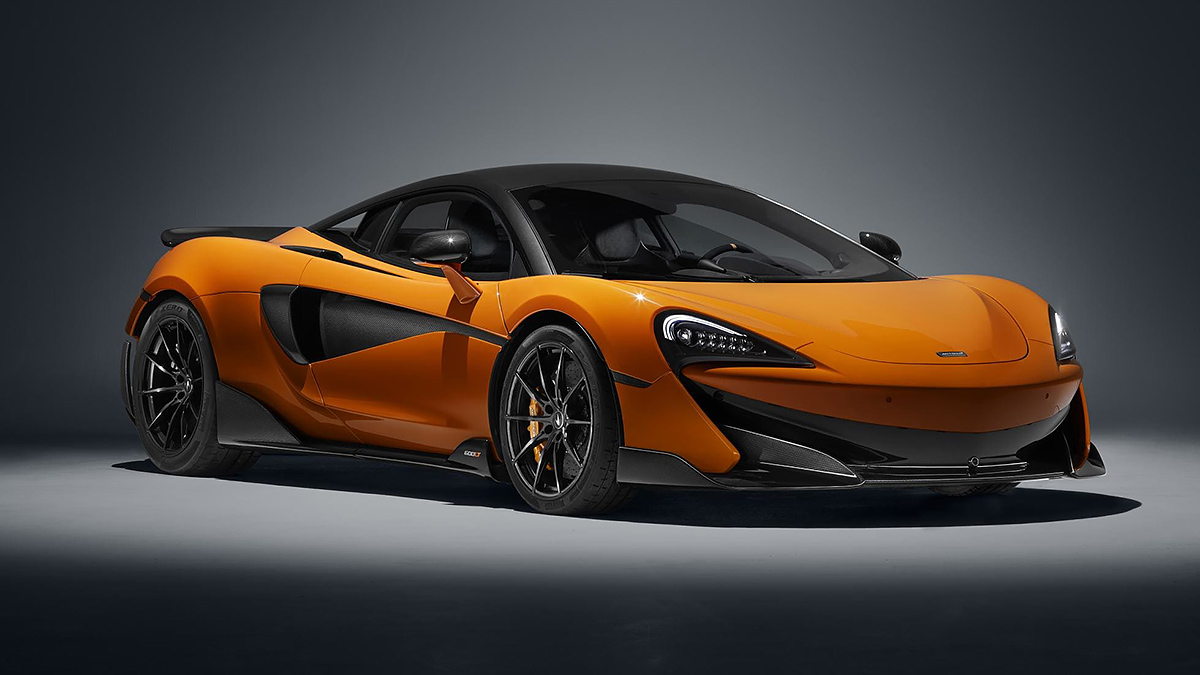 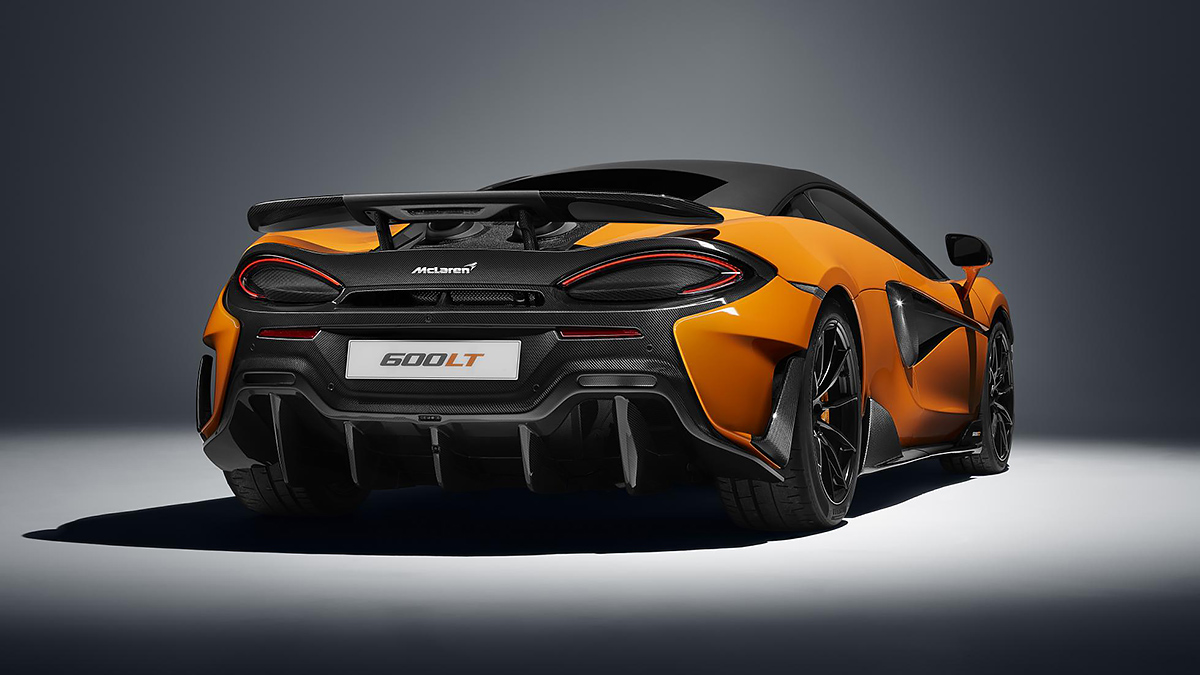 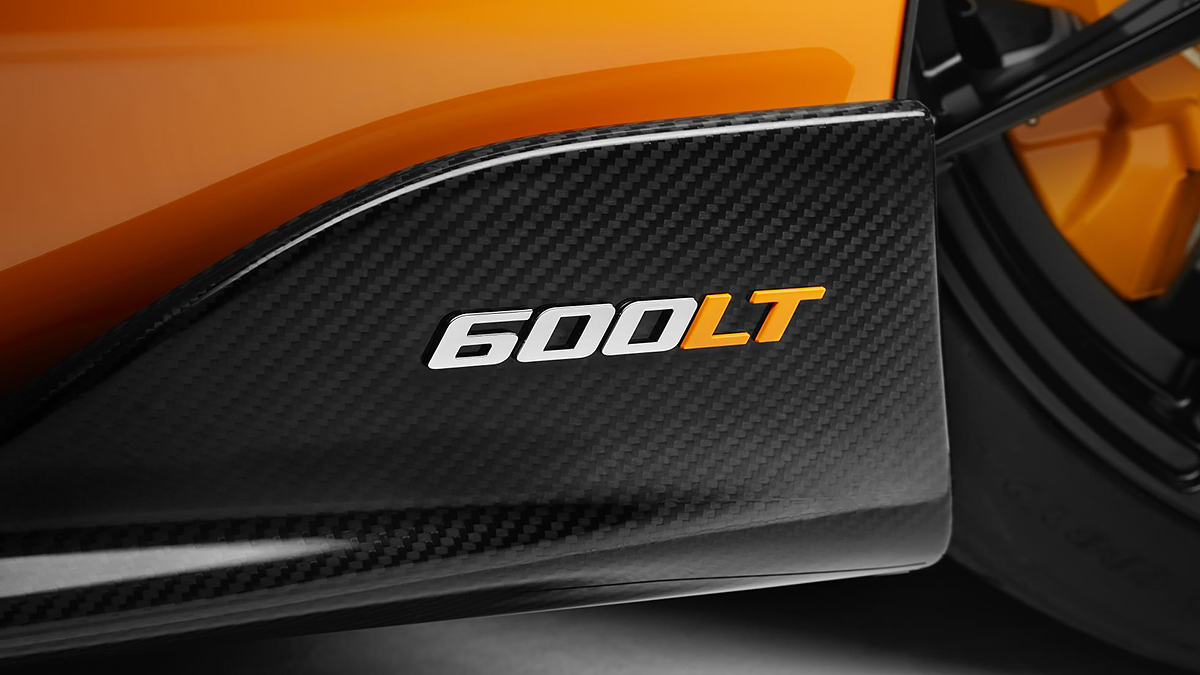 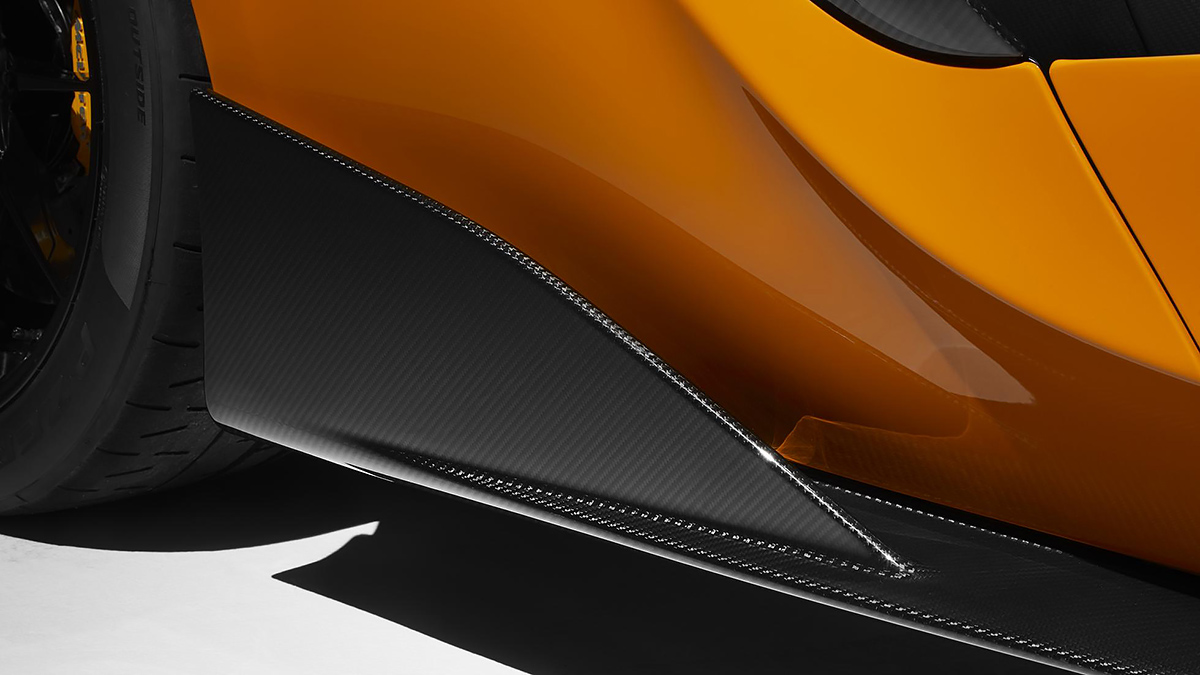 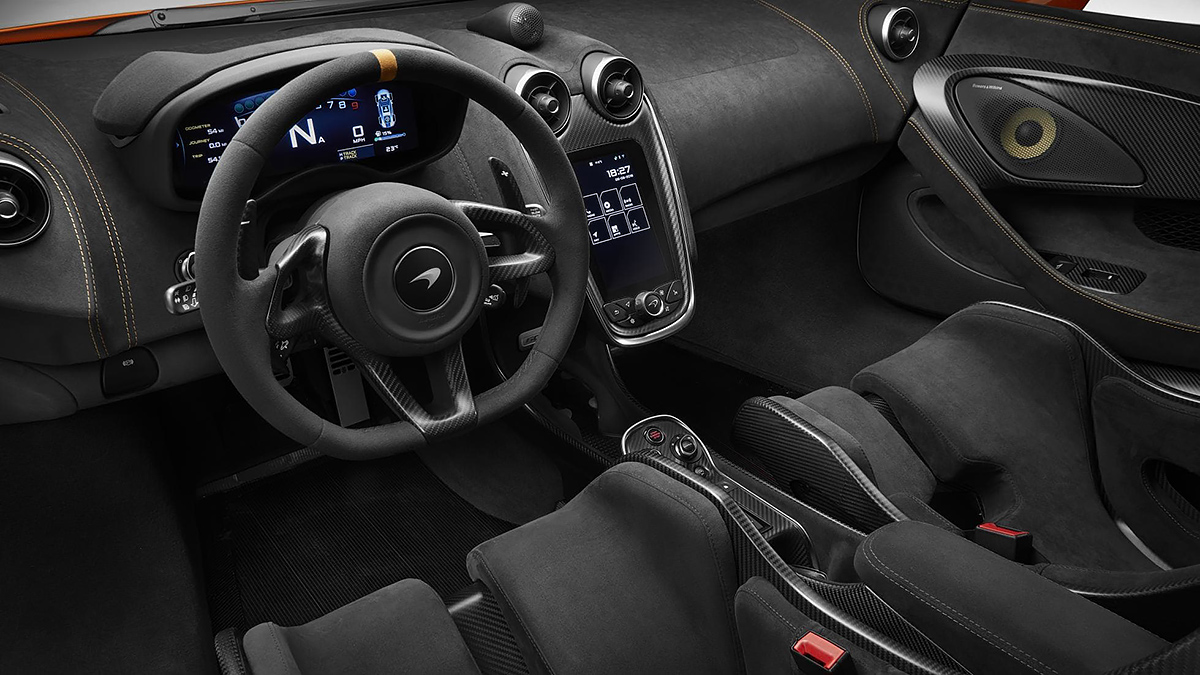 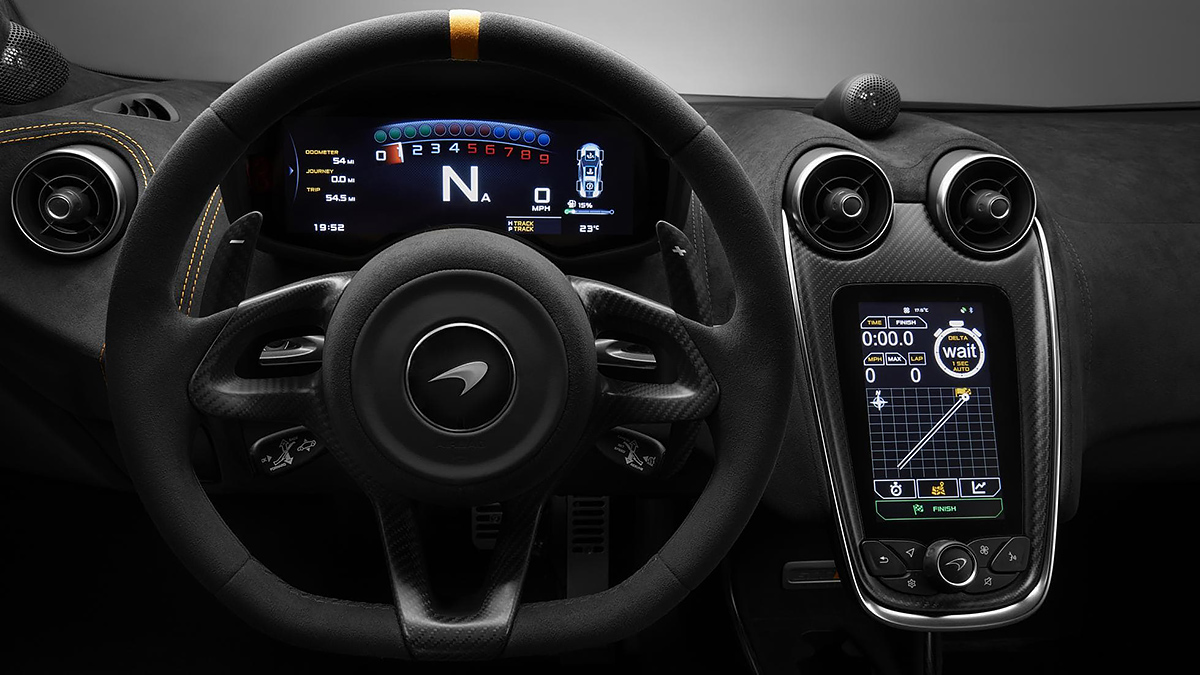 More headline numbers: weight is cut by up to 100kg versus the 570S. Downforce is 100kg (or 980N if you’re being a physics pedant, which I am) at 250kph. The swelling in power isn’t so significant (it’s just five per cent, now 600PS or 592bhp if you’re being an imperial pedant, which I’m not). But even so the power to weight ratio is a wildly handy 475bhp per dry tonne. What’ll it do Mister? Two-oh-five.

Engine response, they say, is sharper too, and obviously it’s more of an event because the top-exit exhausts bring the noise closer to your ears. The tyres are grippier. Braking is stronger.

Perhaps more important, McLaren people say the joy and engagement of driving the 600LT is even more profound than the amazing 675LT – even though they admit the new car’s engine isn’t quite as special as the 675LT’s. But then, it’s cheaper too.

So how did they do it? Shall we start with the chassis, because it’s clear this is where the biggest differences will be felt by the driver on the road, as well as at the flat-out speeds in areas where the kerbs are red and white.

The track is wider, which always improves grip, and the ride height lower. The LT uses the suspension uprights from the 720S, which it’s said have the effect of making the steering feel sharper, as do ultra-rigid forged double wishbones. The dampers are recalibrated too.

But what’s also really significant is that the suspension, wheels and brakes are light. This reduction of unsprung and rotating mass is always a huge gain: it makes any car feel more transparent and agile, because the wheels can follow the road better, and there’s less gyroscopic effect in turning. A really meaningful total of 21kg is saved between the wheels, tyres (Pirelli Trofeo) and brakes. And then the new wishbones, uprights and anti-roll bars cut another very worthwhile 10.2kg. 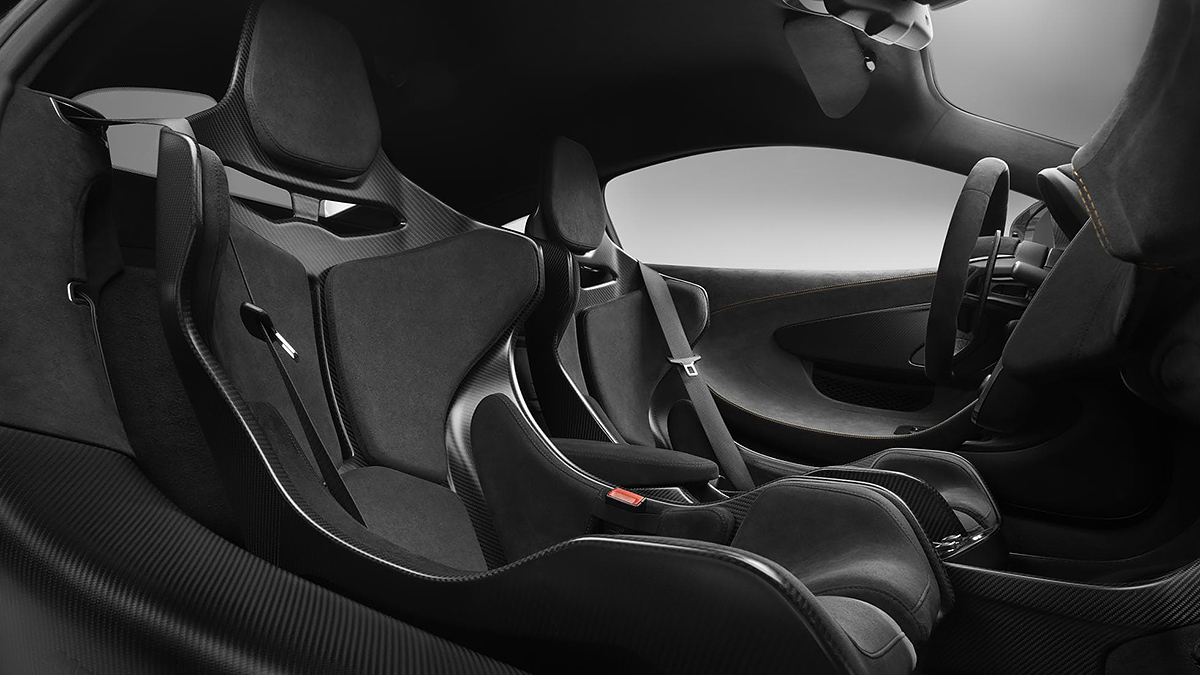 To reach the total weight cut, here’s what else has been saved. Lightweight seats from the Senna lose a huge 24.6kg. Removing the air-conditioner is 12.6kg. The exhaust is 12.6kg lighter, because it’s shorter, with the exits on top of the rear deck. The wiring harness has been lightened by 3.3kg, and the carpets and interior trim by 6.6kg. There’s no stereo, which loses 3.3kg, and lighter glass cuts 2.1kg. Finally, and at great expense, many of the body panels are made in carbon fibre rather than aluminium for a cut of 7.2kg.

Let’s not get too excited about this last bit. I’m thinking the carbon fibre panels (which optionally include a clear-coated roof) are there as a social-media boaster rather than because they make a difference you can actually feel.

The light seats make a far more significant contribution, and so does the removal of air-conditioning. But guess what? The Senna too has a delete-air-con option, but only one customer in the whole production run specified it that way.

We also need to point to the one weight addition: the big rear wing plumps the car up by 3.5kg. But that’s got real aero benefit if you’re giving it max-lat in 160kph curves.

Overall then the 600LT’s dry weight can drop to as low as 1,247kg. That makes it more than 100kg lighter than a Lamborghini Huracan Performante or Porsche 911 GT2 RS.

Now, the engine. Basically it’s as in the 570S. But it gets a recalibrated ECU, plus new camshafts and that most excellently distinctive exhaust. Part of us worries that they might have done more to solve what’s always been a sticking point of the McLaren 3.8-litre V8: turbo-lag at low-to-mid revs.

But on the other hand, this same engine has always gone like crazy towards 8,500rpm, and the new pipework reduces back pressure as it goes there, which will make it even more joyous.

So as with the carbon fibre body panels, I suspect the extra 30 horses aren’t what you will really be feeling. Instead it’ll be the extra involvement from the noise. It’s just going to saturate your skull because the outlets are right there on the rear deck, separated from you only by the thinner rear glass.

Another hardening element is the stiffer engine mounts. It’s a price surely worth paying. They quicken the throttle response. And because they also control the mass of the engine moving around in the car, they’ll sharpen the steering too.

Another hardening element is the stiffer engine mounts. It’s a price surely worth paying. They quicken the throttle response.

When McLaren showed Top Gear the car, indoors in a photo studio, the key was lying around. So I pushed the start button. OK it’s hardly a world-exclusive first drive, but I can attest to the sharp raspy sound of a flat-crank V8, and a sodding brisk throttle response in neutral.

Now the aero. At the front, a new splitter – adding 27mm length to the car – and complex side skirts control the air moving around the lower bodysides and underneath. Vertical side boards add to the effect.

The extended rear diffuser, its blades like some piece of forestry machinery, suck the whole business down into the road. Plus, remember the exhaust pipework has been moved out of its airstream, so it’s even more effective.

The rear wing dwarfs the one on the 570S. Its centre section wears a special ceramic armour against the heat and flames issuing from those twin tailpipes just ahead. Just saying. 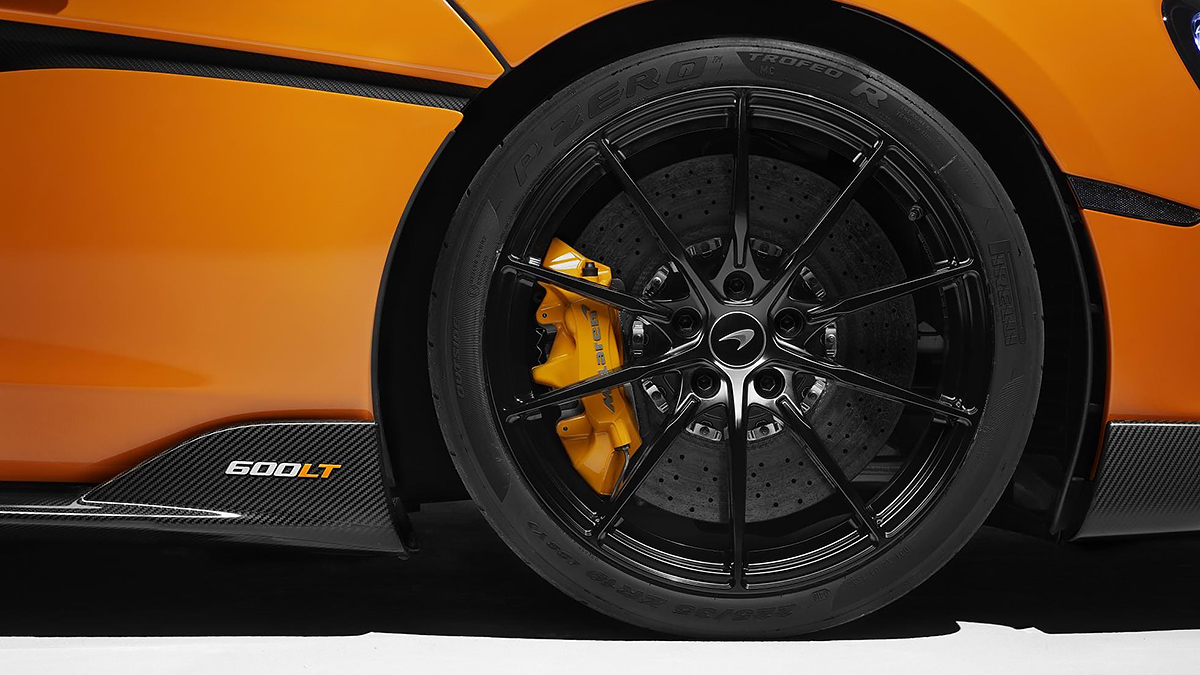 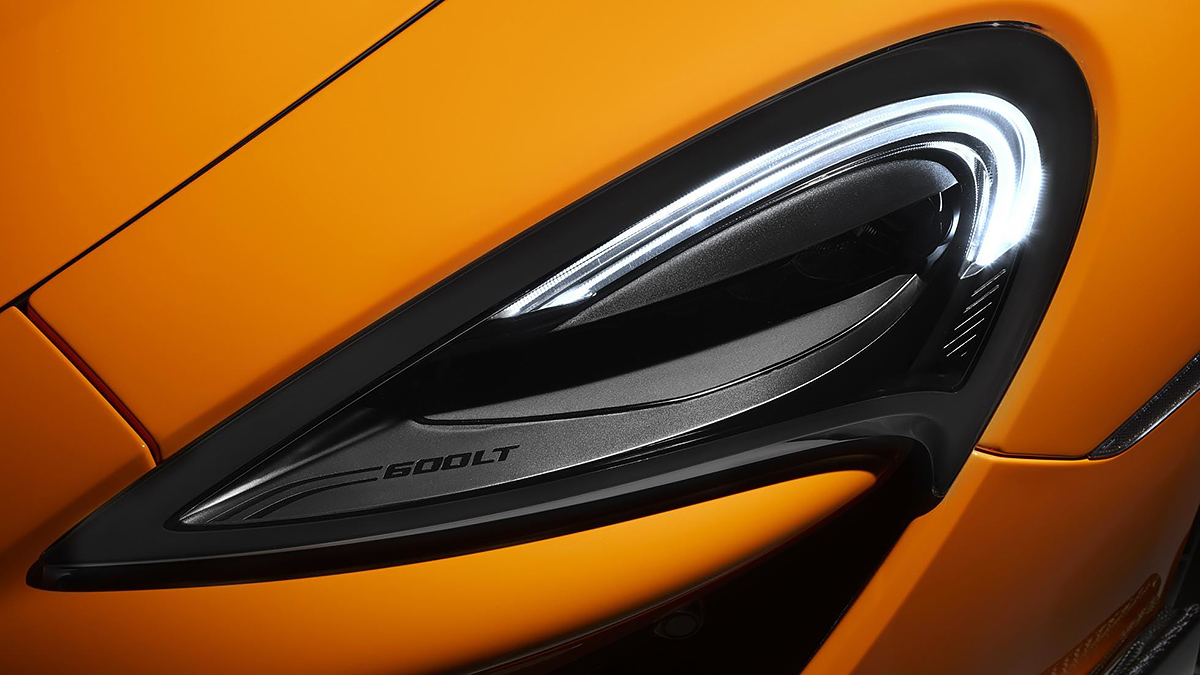 Despite all the work, the 600LT is still one of McLaren’s more understandable cars. Unlike the 675LT and indeed the 720S, it goes without cross-linked suspension with its active anti-roll function, and it’s got a static rear wing not an active pivoting job. That partly explains why it’s cheaper, at about 25 per cent above the price of a 570S - £185,000 including tax (RM987,000).

The 600LT will be made in strictly limited numbers, though at the moment McLaren isn’t giving an exact figure. Instead the rule is they will all be built with 12 months, starting this October. You get no push-back when you suggest a Spider will follow.

If nothing else the carbon fibre bodywork will be slow to make, so that’ll limit supply. So will McLaren’s promise that supply will never be greater than demand. Want one? Get on the phone to your dealer.