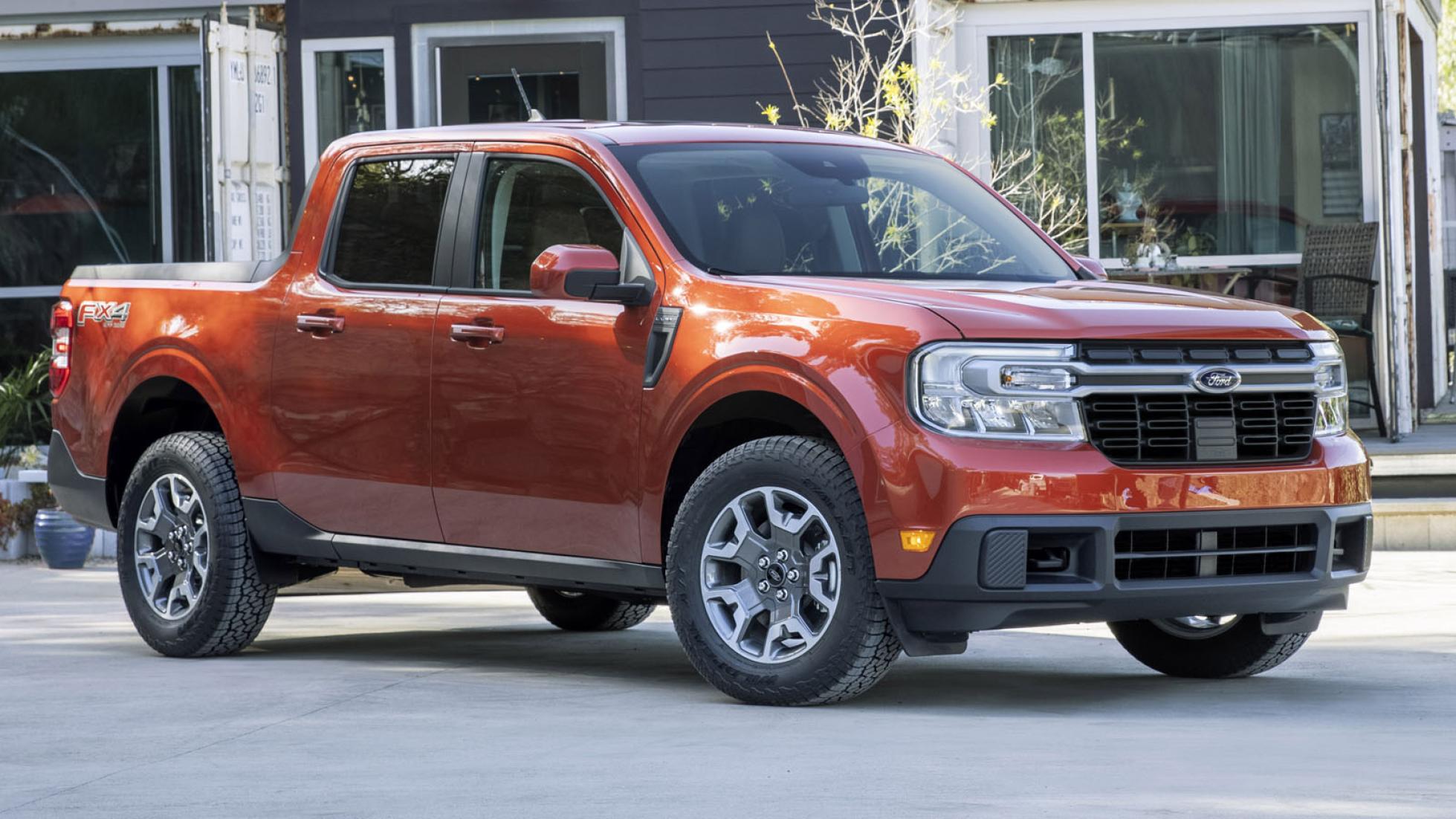 Americans, please be upstanding for yet another new Ford truck. Just a couple of weeks after the Blue Oval electrified the ubiquitous F-150, it’s back with a new entry-level, sub-Ranger pickup called the ‘Maverick’. We’re told the truck for “people who never knew they wanted a truck” starts at less than $20,000 (RM82k) – the equivalent of around £14k (RM80k), which is just silly – and comes as a hybrid.

Yup, a hybrid. Not a plug-in, but a Toyota/Lexus-style ‘full’ hybrid with a 2.5-litre Atkinson-cycle petrol combustion engine allied to a small e-motor and battery, a continuously variable transmission (CVT) and front-wheel drive. Total system output is 191bhp and 210Nm of torque, and Ford claims it’ll travel up to 805 kilometres on a single tank of something called ‘gas’. Which we’re reliably informed is American for ‘petrol’.

Ford bills the Maverick as more of a lifestyle truck than a work truck. Which is fine. Max payload is 680kg, regardless of which engine is fitted, and the Maverick Hybrid can tow just over 900kg. Ford says that’s enough for “a pair of personal watercraft or a good-sized pop-up camper trailer”. With the optional ‘4K Tow Package’, the 2.0-litre Maverick can haul a little over 1,800kg.

The 4.5-foot bed is pretty clever, with loads of slots that let you slide in ordinary 2x4s and 2x6s to “create segmented storage, elevated floors, bike and kayak racks and more”. And there are tonnes of power outlets, tie downs and built-in threaded holes so you can bolt in whatever you fancy. You can open the tailgate fully or halfway – it’s sturdy enough to take a few people sat on it, and it has tie-down clamps that double as bottle openers.

Inside it’s pretty utilitarian, but versatile. There’s seating for five, massive door bins, a vast storage cubby under the rear bench and something called the “Ford Integrated Tether System”, basically mounts that let you attach all kinds of different accessories. Think cupholders, waste bins, hooks for shopping bags and so-on. Ford says it’s going to publish the “slot geometry” so people will be able to 3D-print their own add-ons. 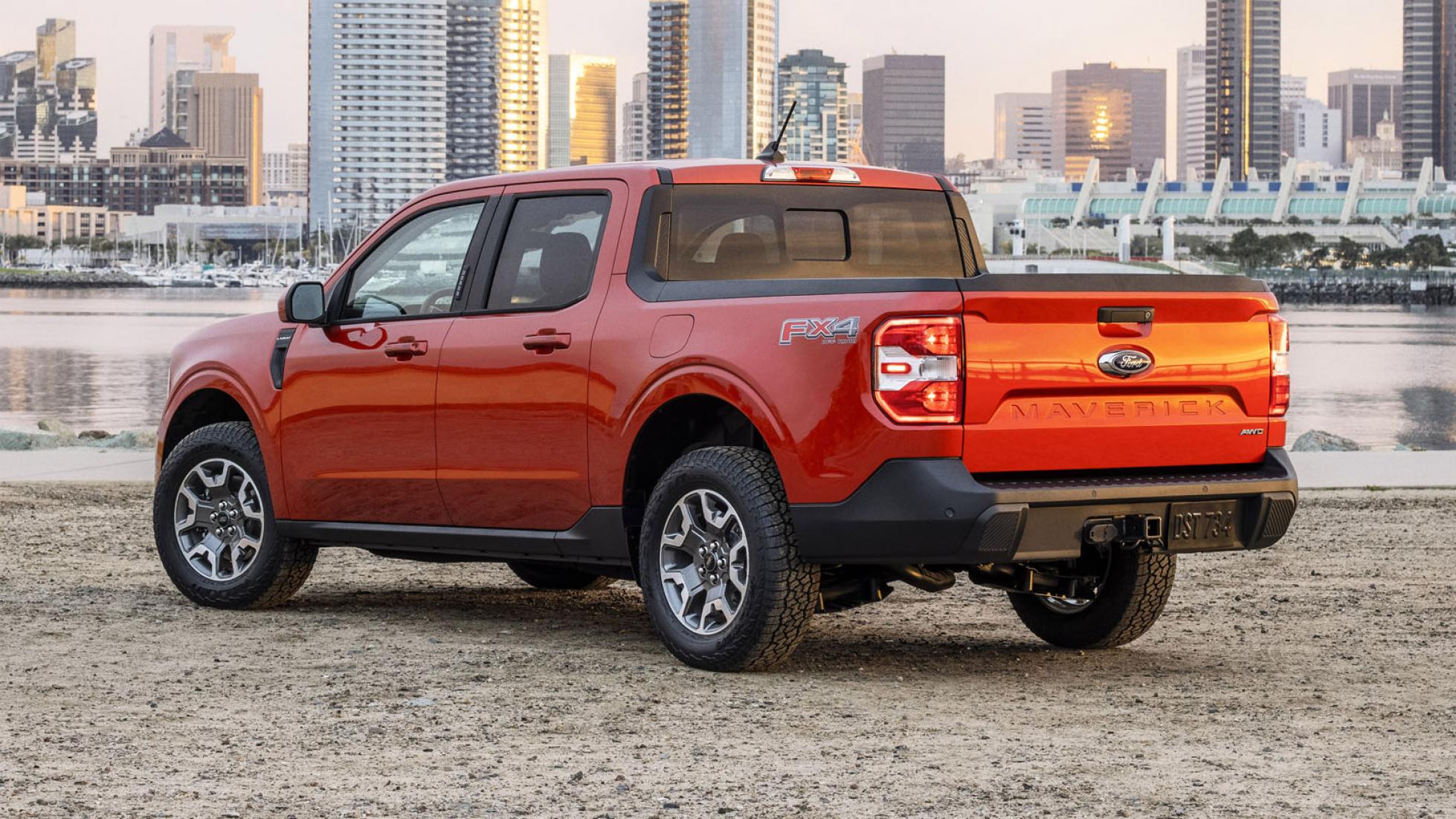 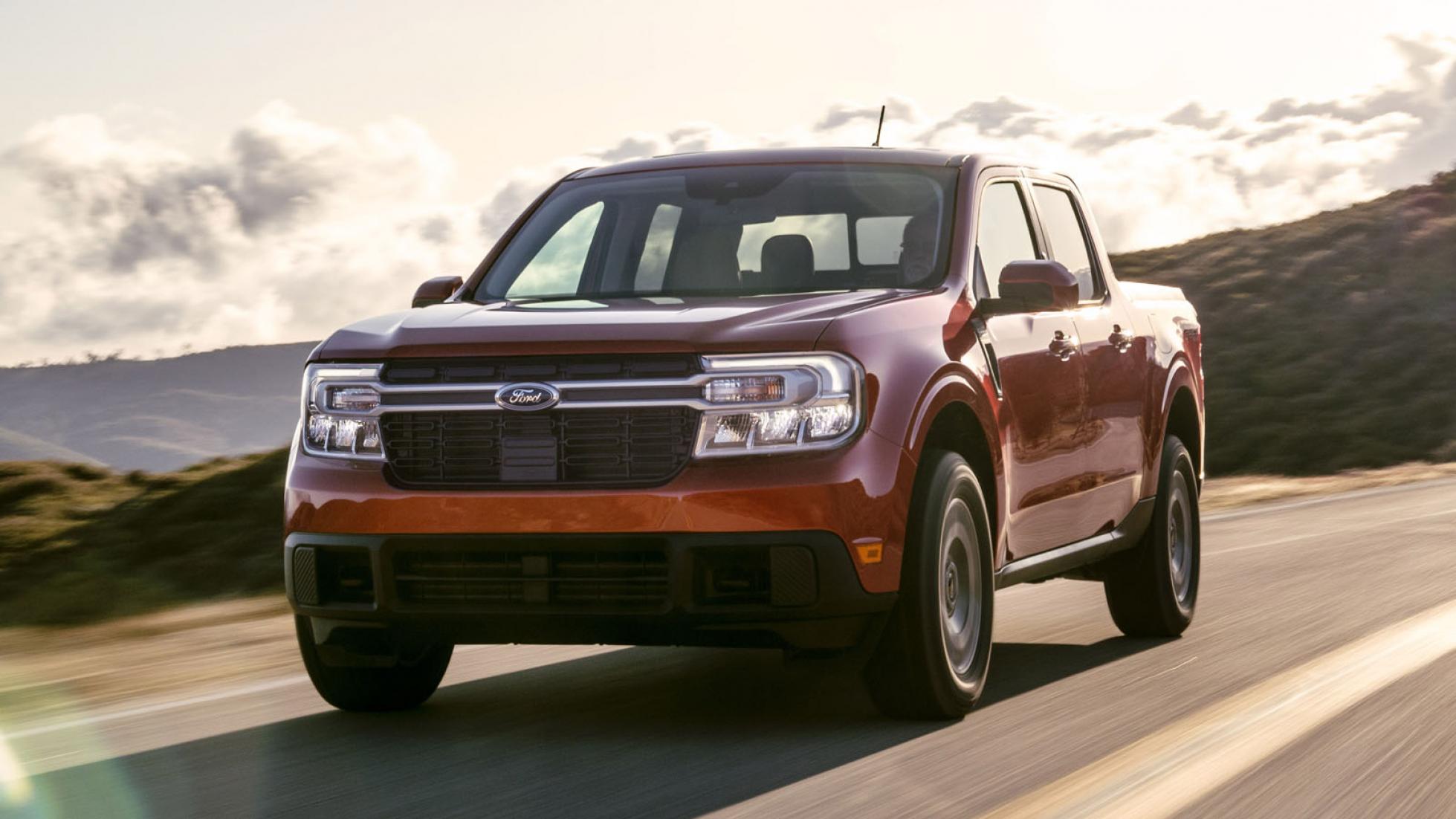 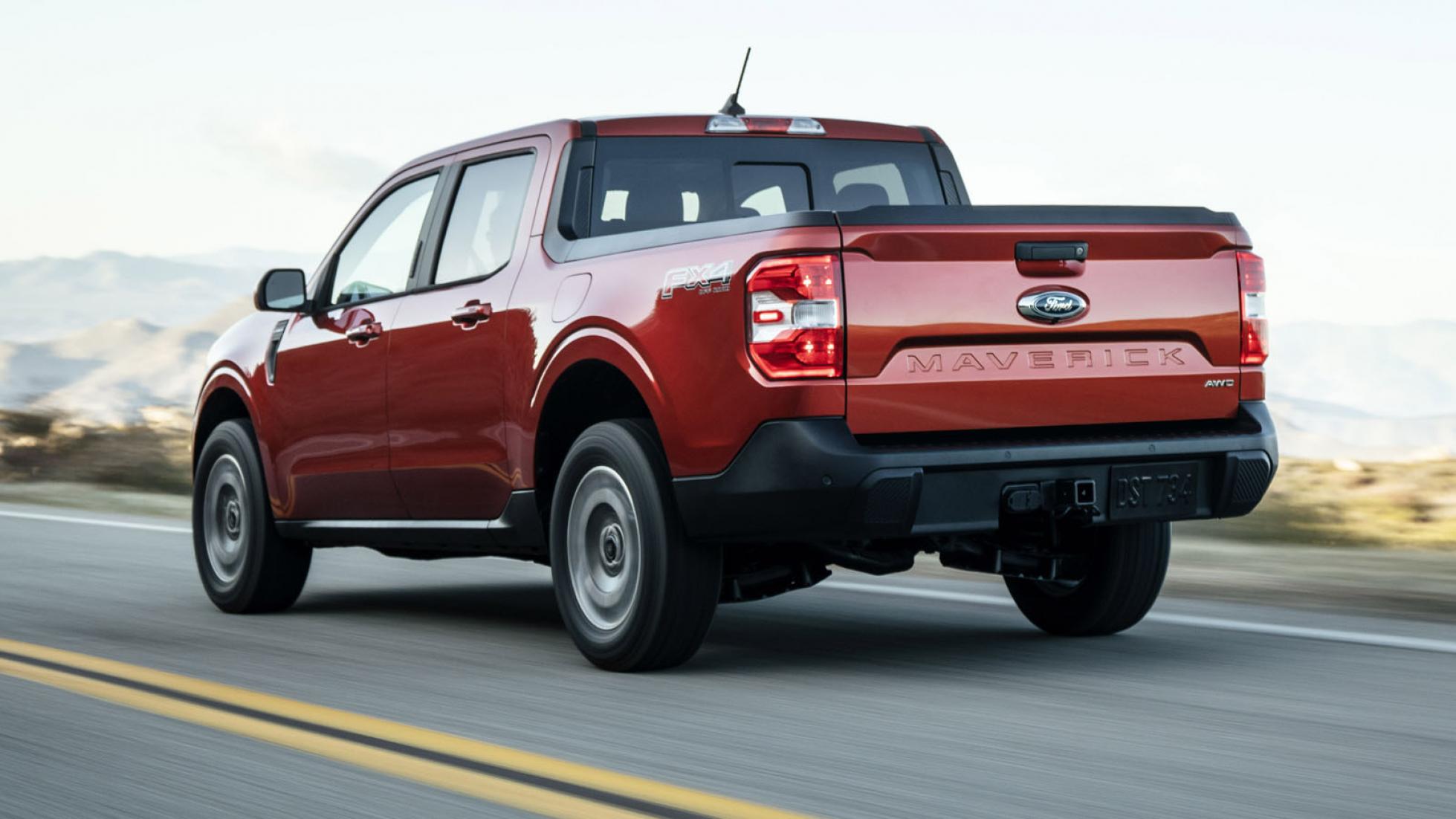 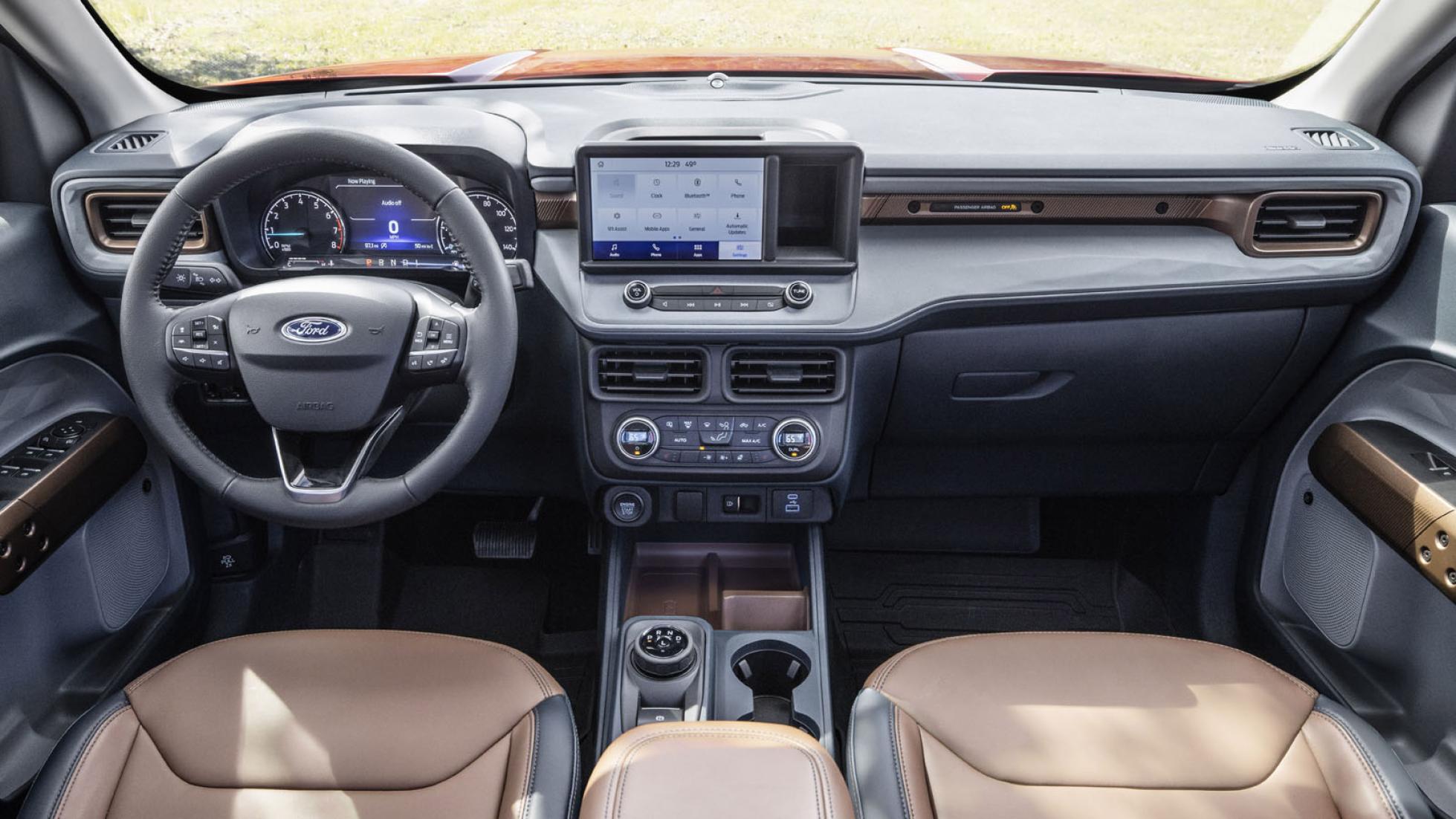 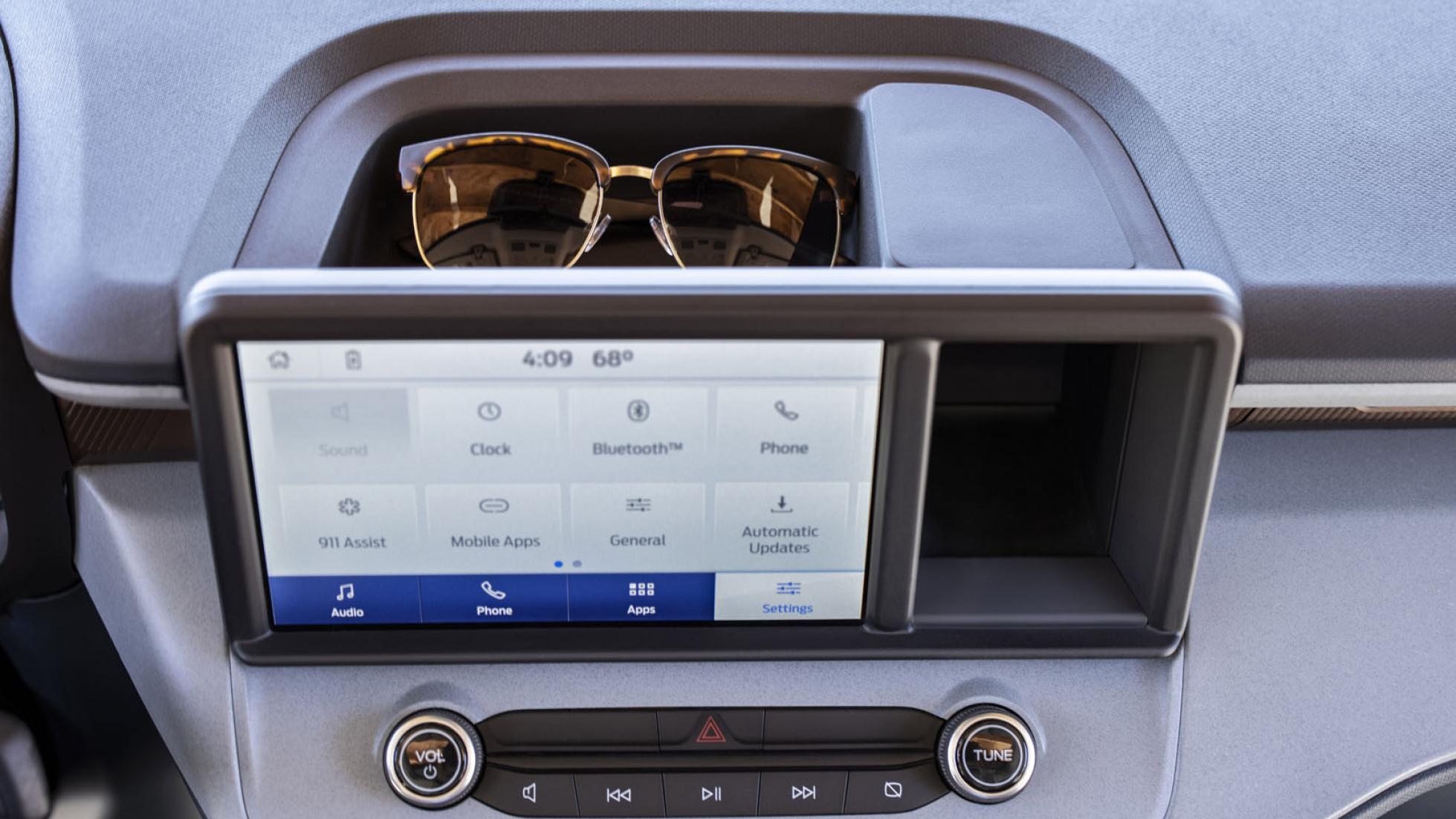 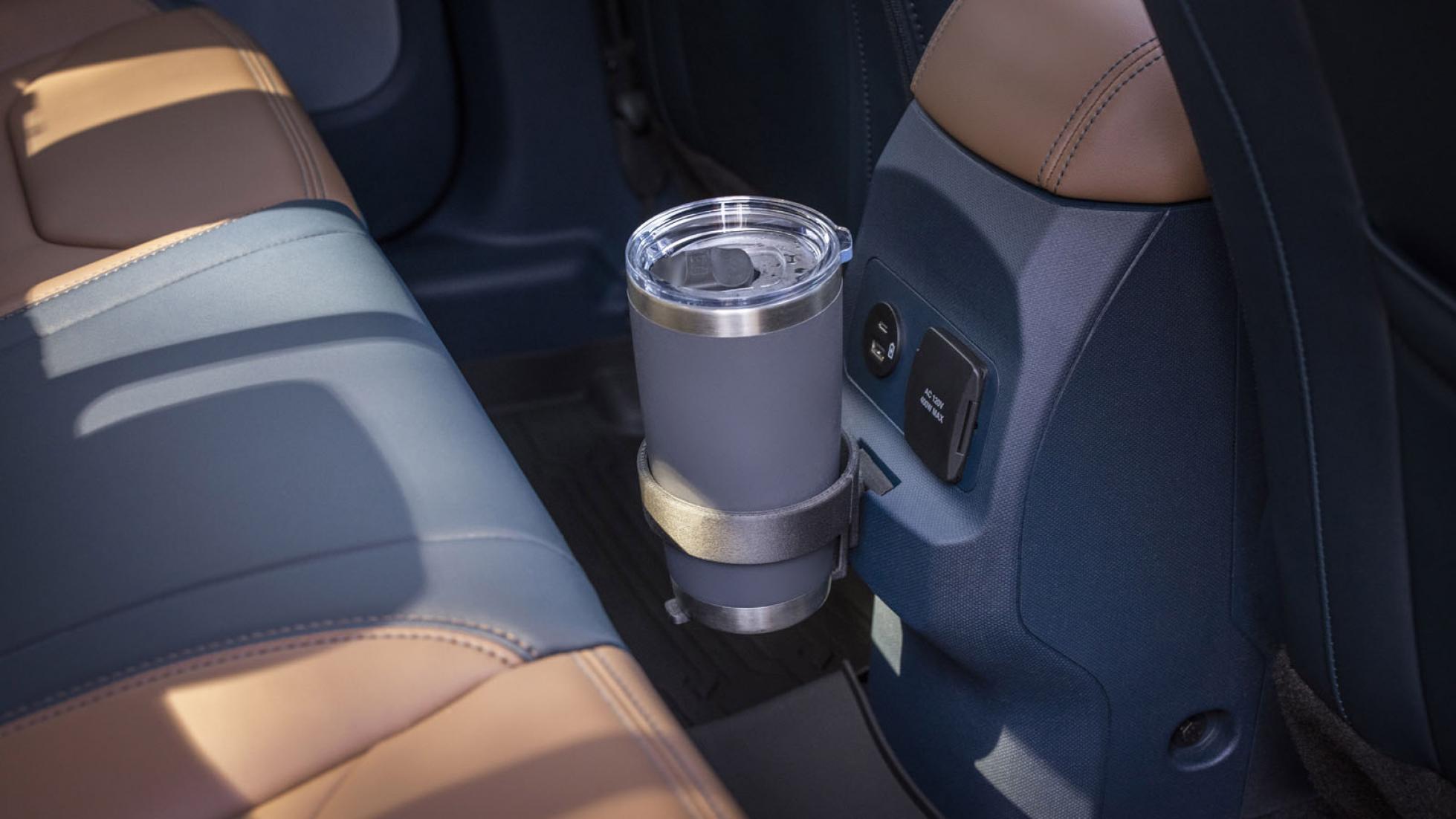 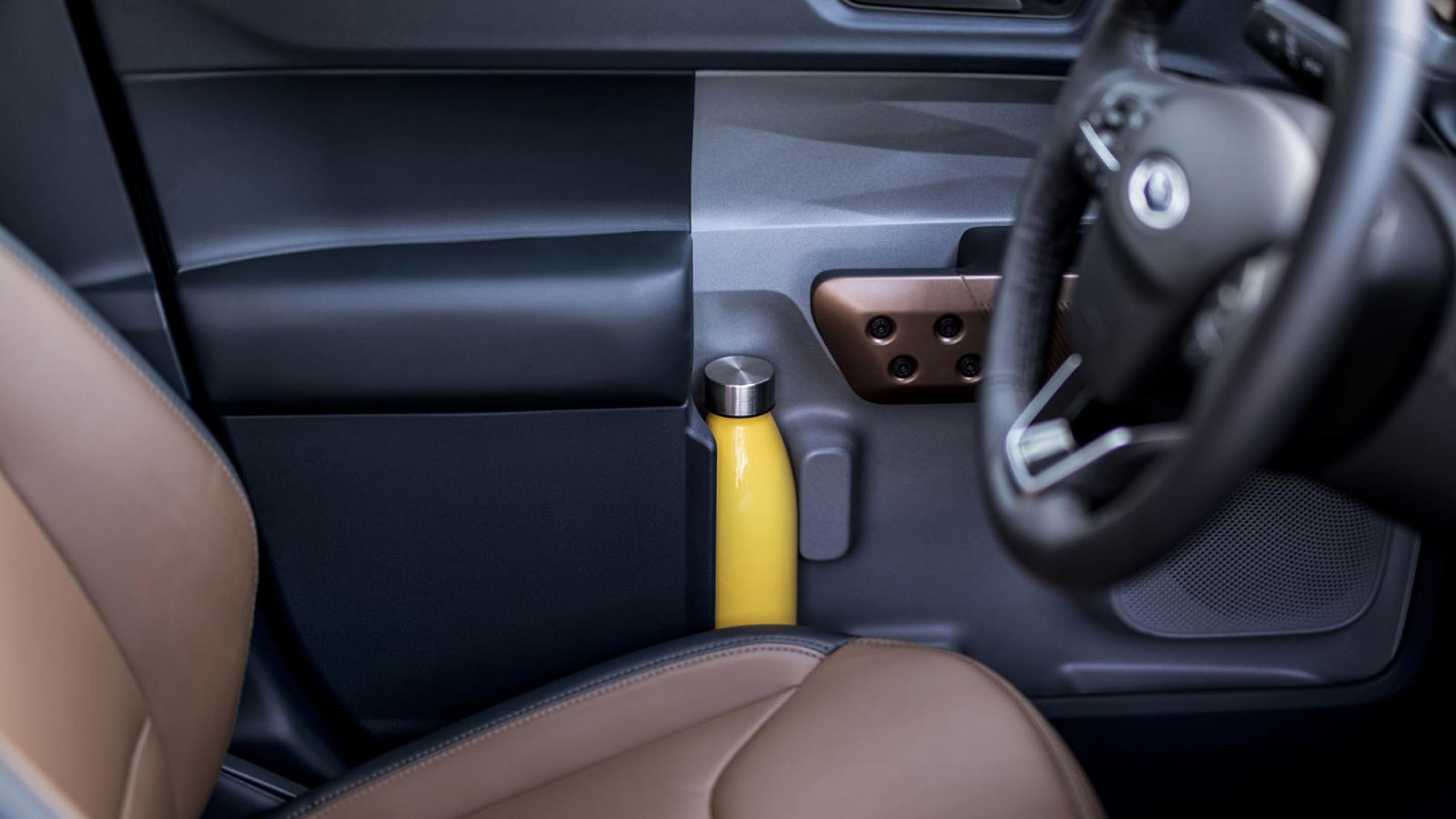 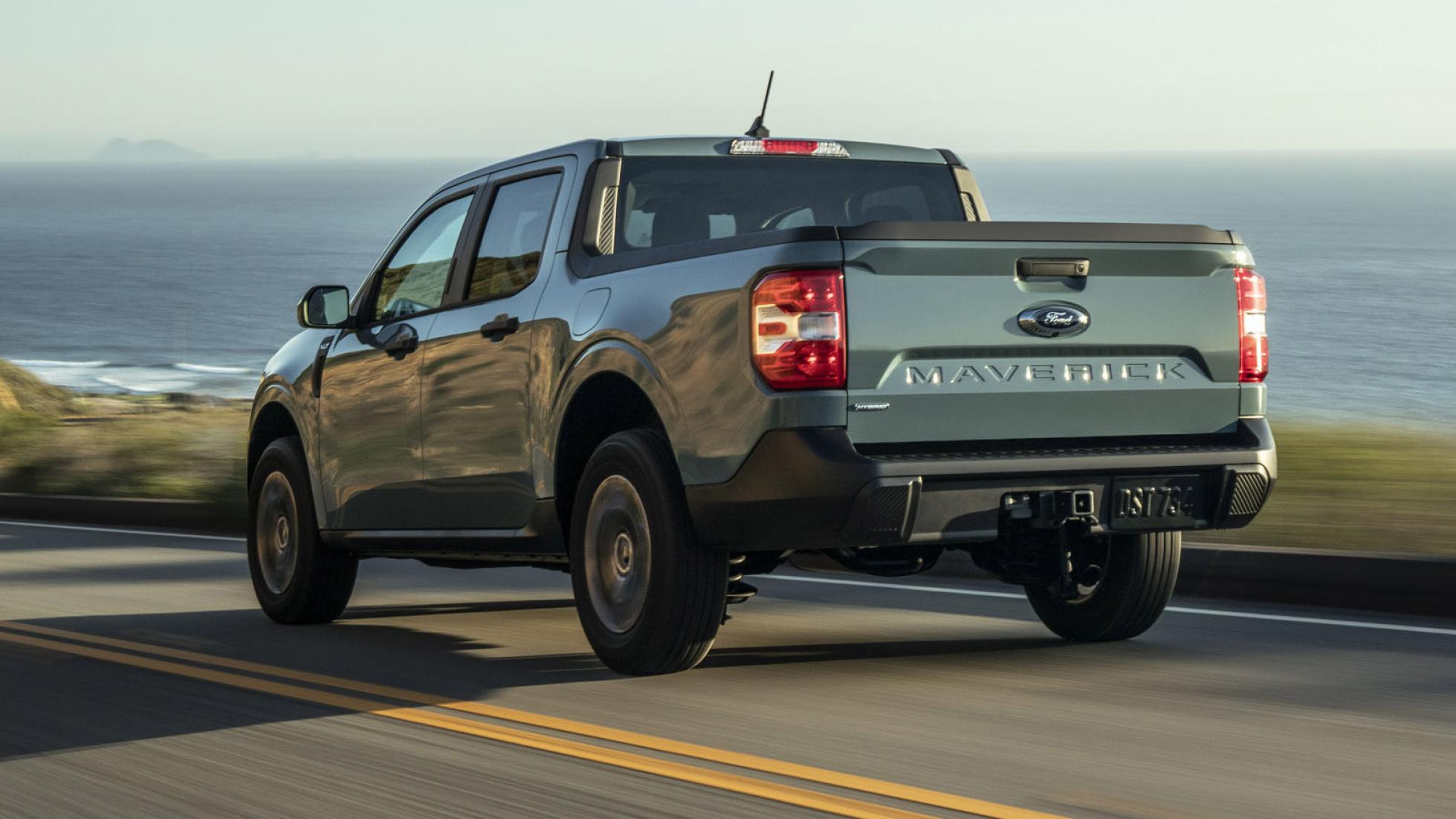 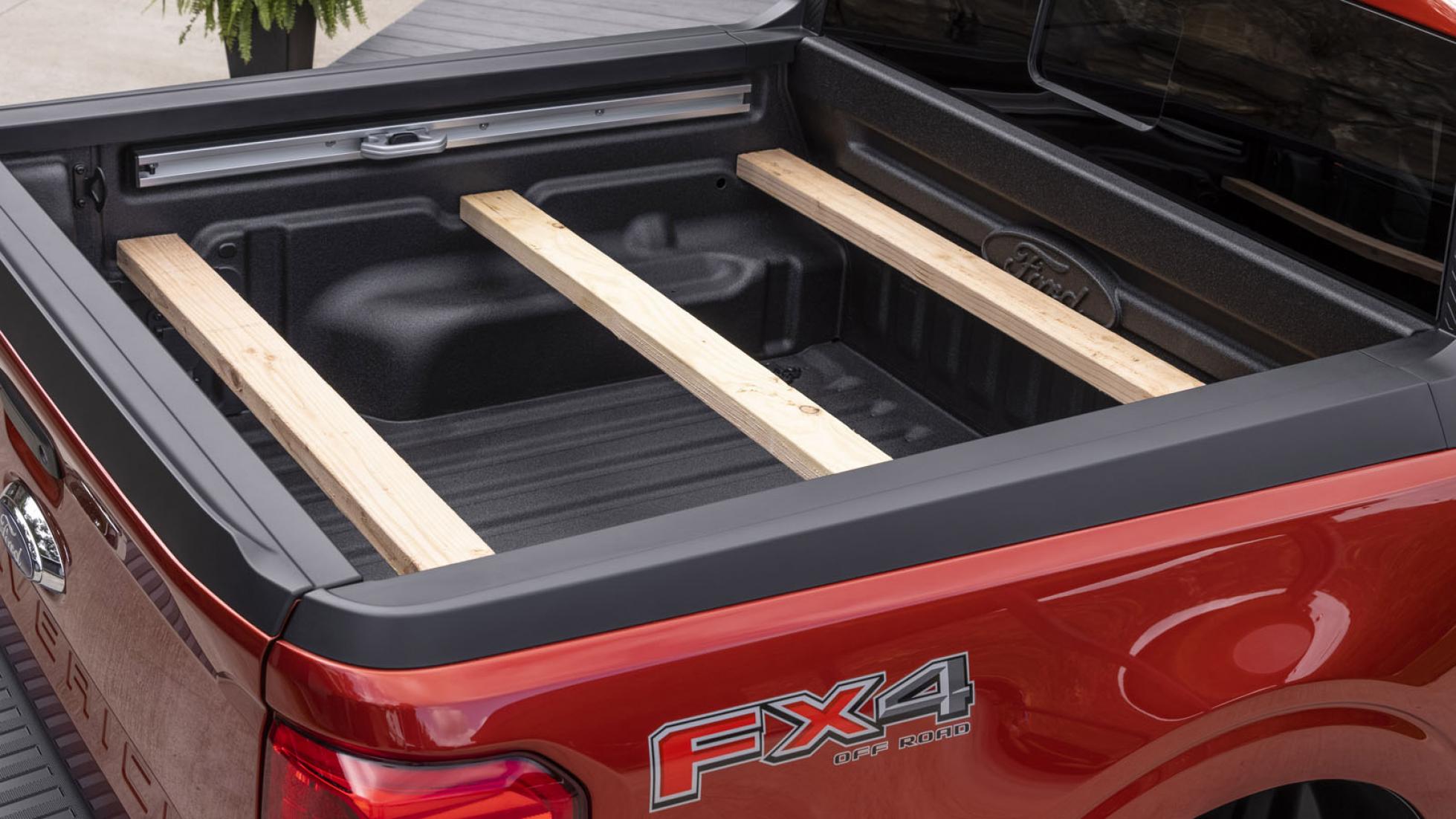 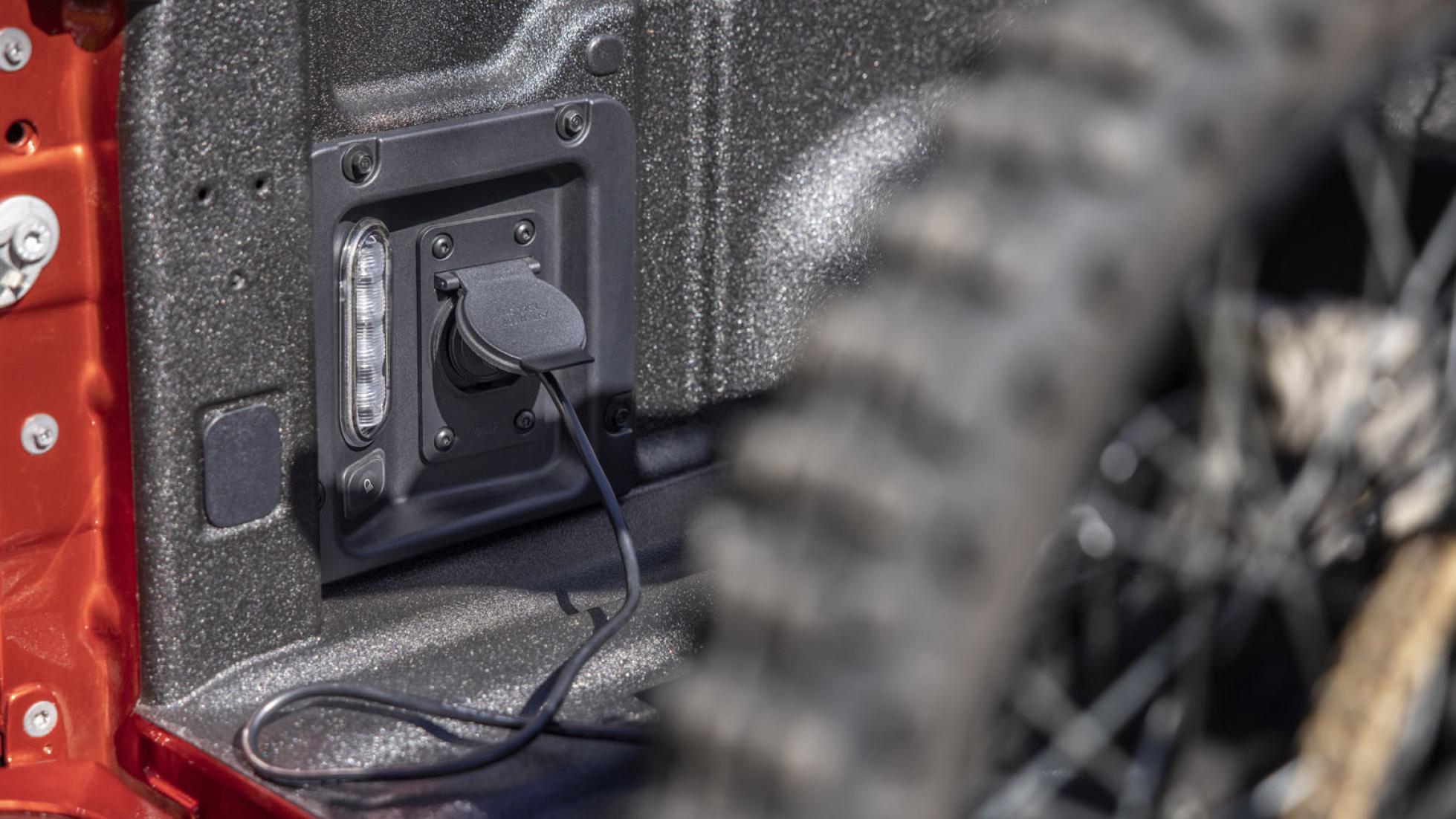 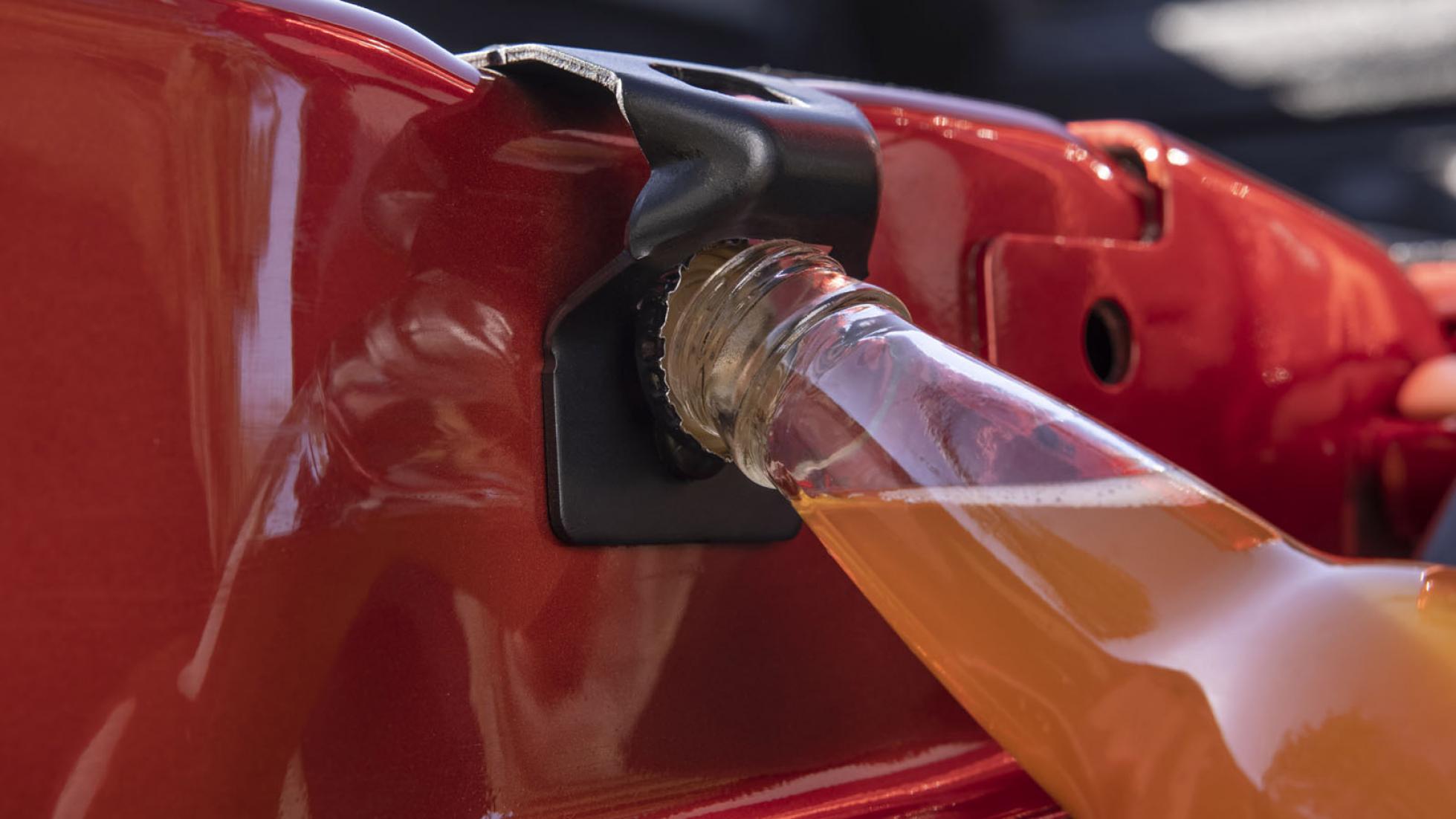 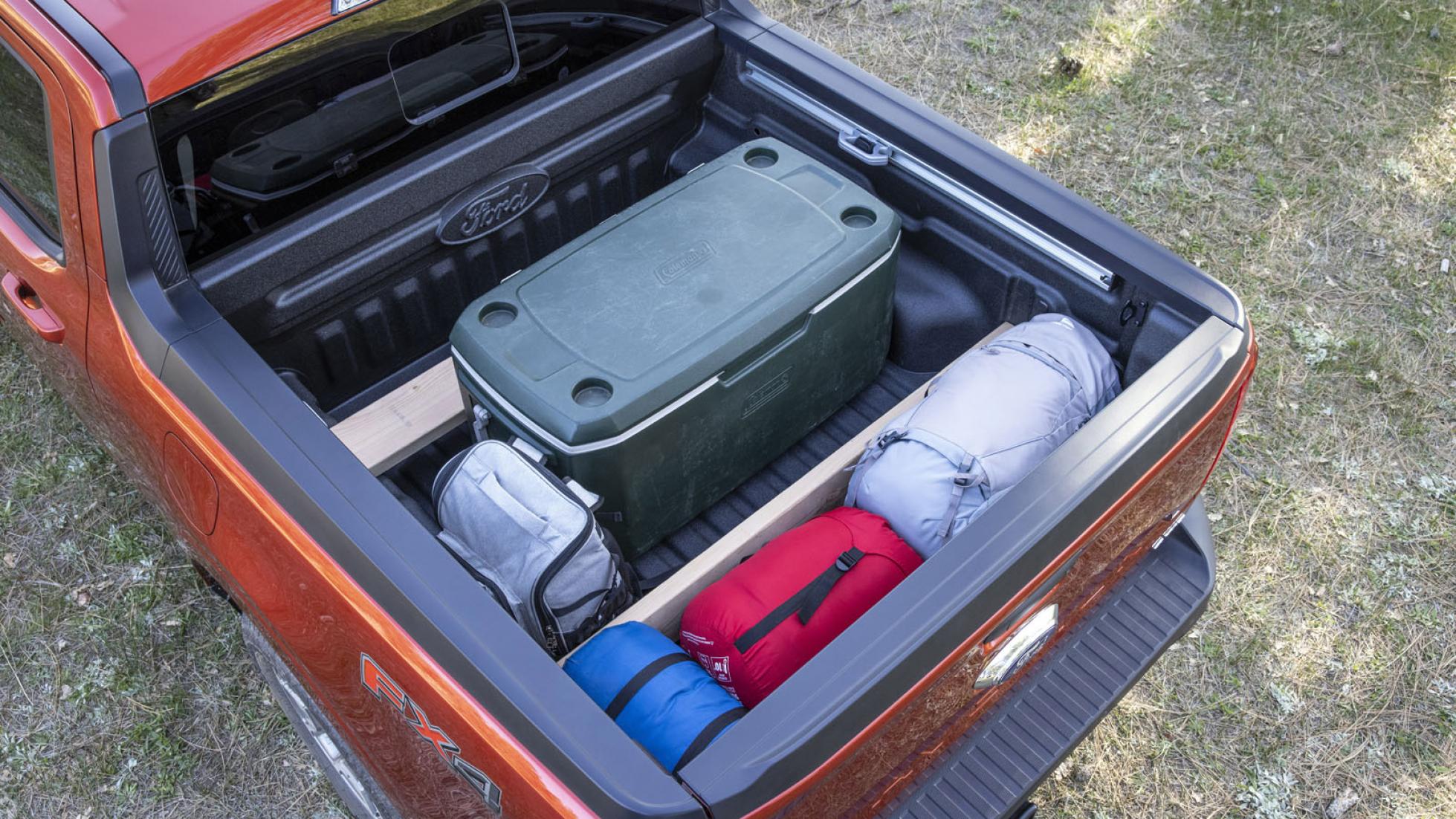