The 316bhp Arteon R is a big, fast, handsome Volkswagen

Facelifts are usually boring. But this one isn’t. Not only has VW turned the Arteon into a handsome Shooting Brake, it’s also introduced a new rather rapid R version. Just as we predicted. 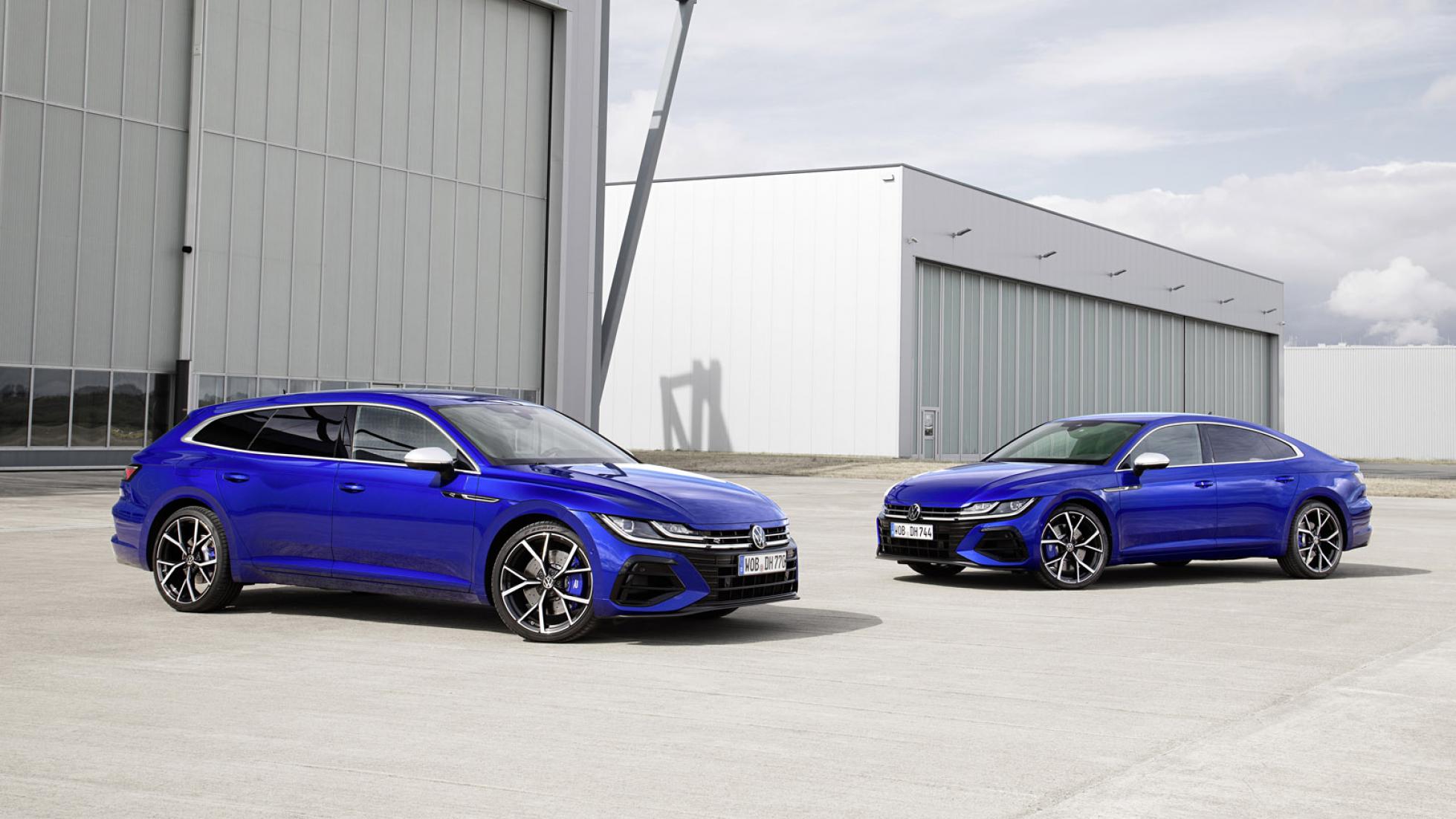 While VW very seriously considered giving the Arteon R a VR6 (to the degree it had a couple of running prototypes), it eventually settled on the latest ‘Evo4’ version of the same 2.0-litre turbocharged petrol as Every Fast VW/Seat/Skoda Ever.

Here it makes 316bhp and 420Nm from 2,000rpm, which is plenty, and drives all four wheels through a seven-speed DSG gearbox. Expect a top speed limited to 249kph, and 0-100kph in around five seconds.

The all-wheel drive system is clever. It debuts new tech called “R-Performance Torque Vectroing”, which as well as varying the torque split between the front- and rear-axles, can split it between the two rear wheels.

So in a tight right-hand bend, for example, it can direct 100 per cent of the torque to the left-rear wheel. Much like Audi’s Sport Differential.

The Arteon R sits 20mm lower than the normal car on standard-fit adaptive dampers and 20-inch alloy wheels, behind which you’ll find hefty R-spec brakes with blue-painted callipers. Out back there’s a bespoke exhaust with quad tailpipes, plus tinted taillights. Sportier bumpers and skirts complete the look. You can have it as a ‘Fastback’ saloon or Shooting Brake.

Inside there’s carbon trim and sports seats, plus a little blue ‘R’ button on the steering wheel that takes you straight to the car’s sportiest mode – ‘Race’. And look at those paddles – much better than the crappy little plastic buttons we’ve had till now.

Other than that it’s just a regular, facelifted Arteon. You can read about how it’s different from the pre-facelift car – of which there was no R or Shooting Brake version – by clicking on these words. 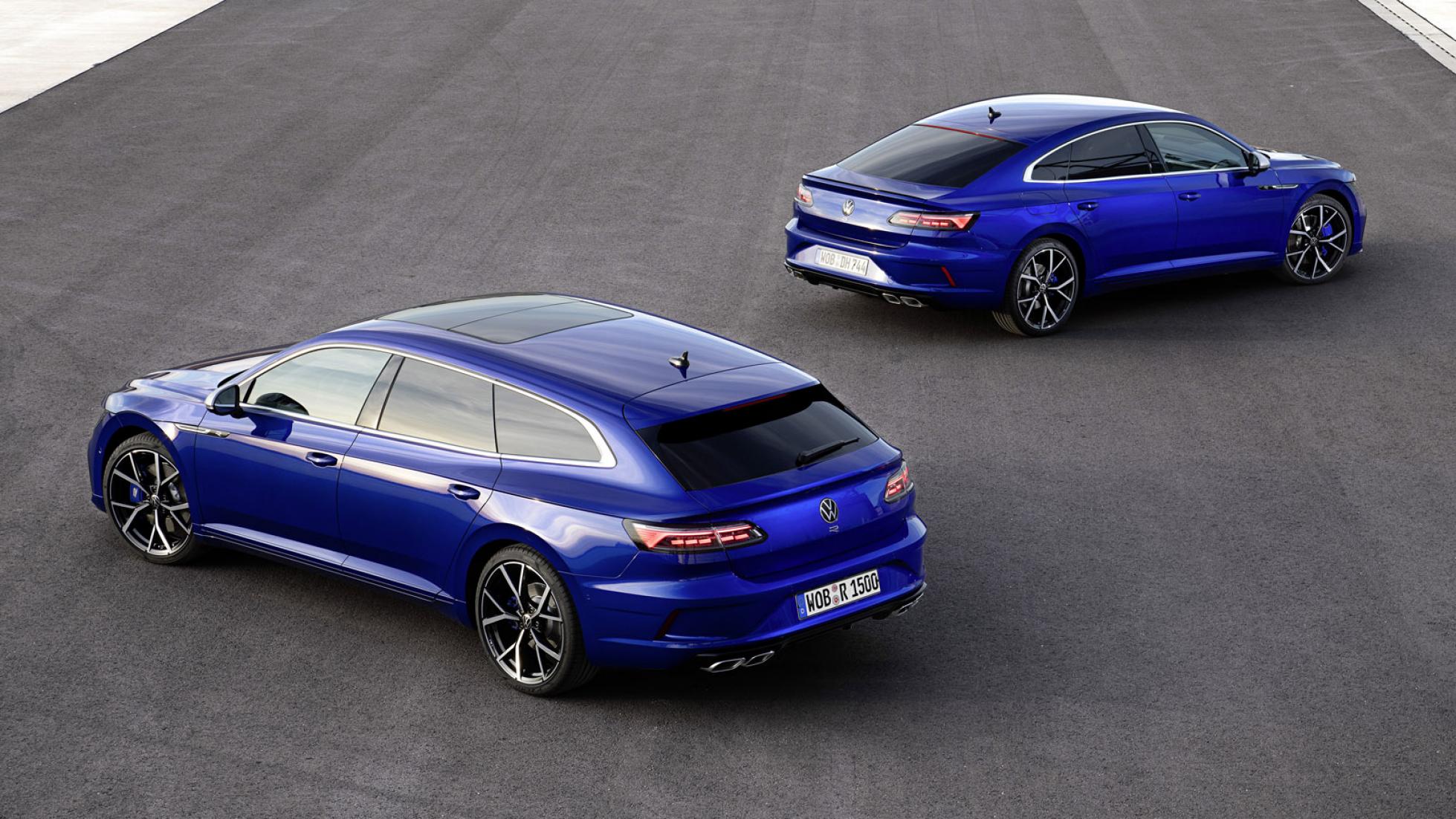 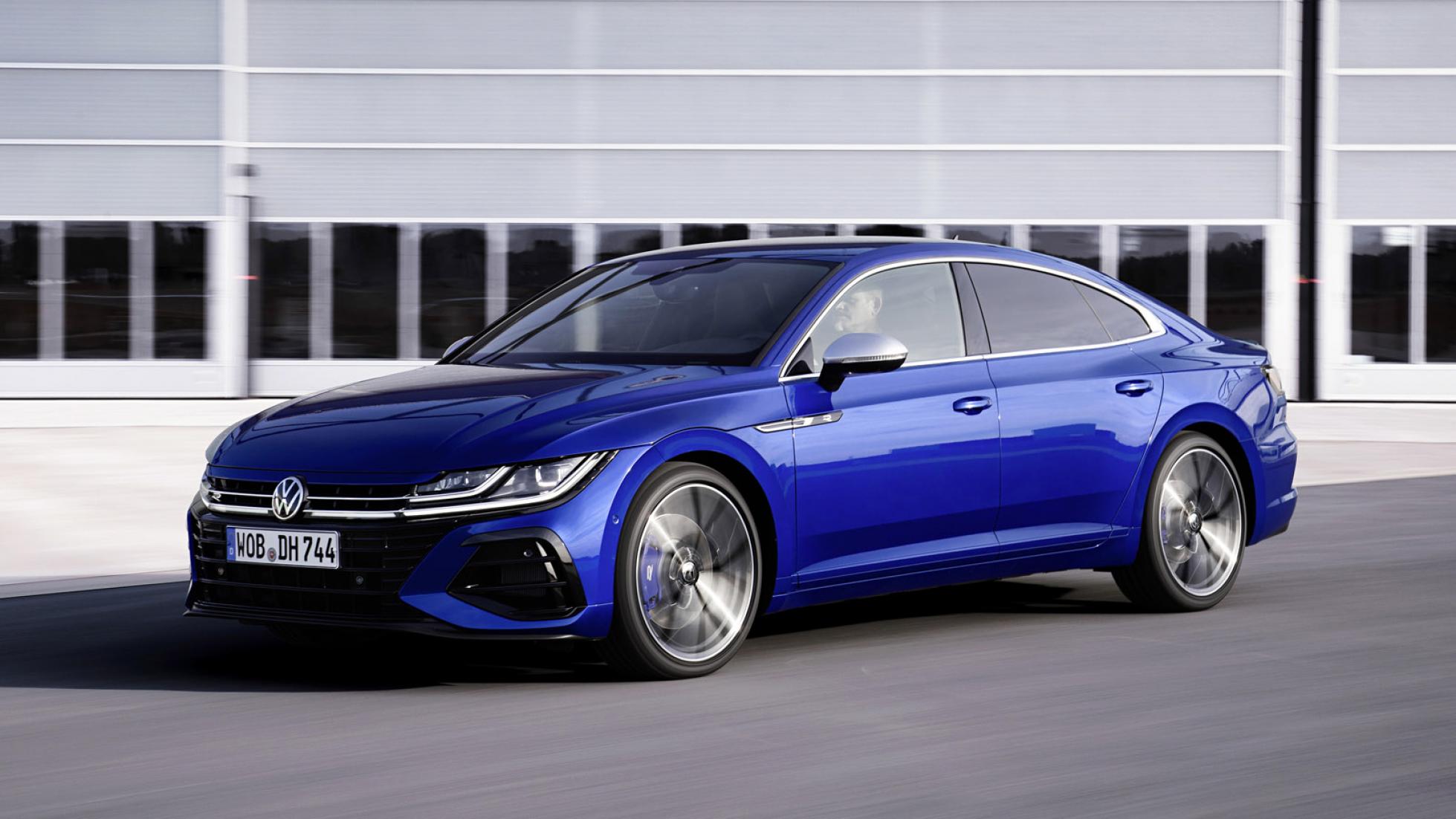 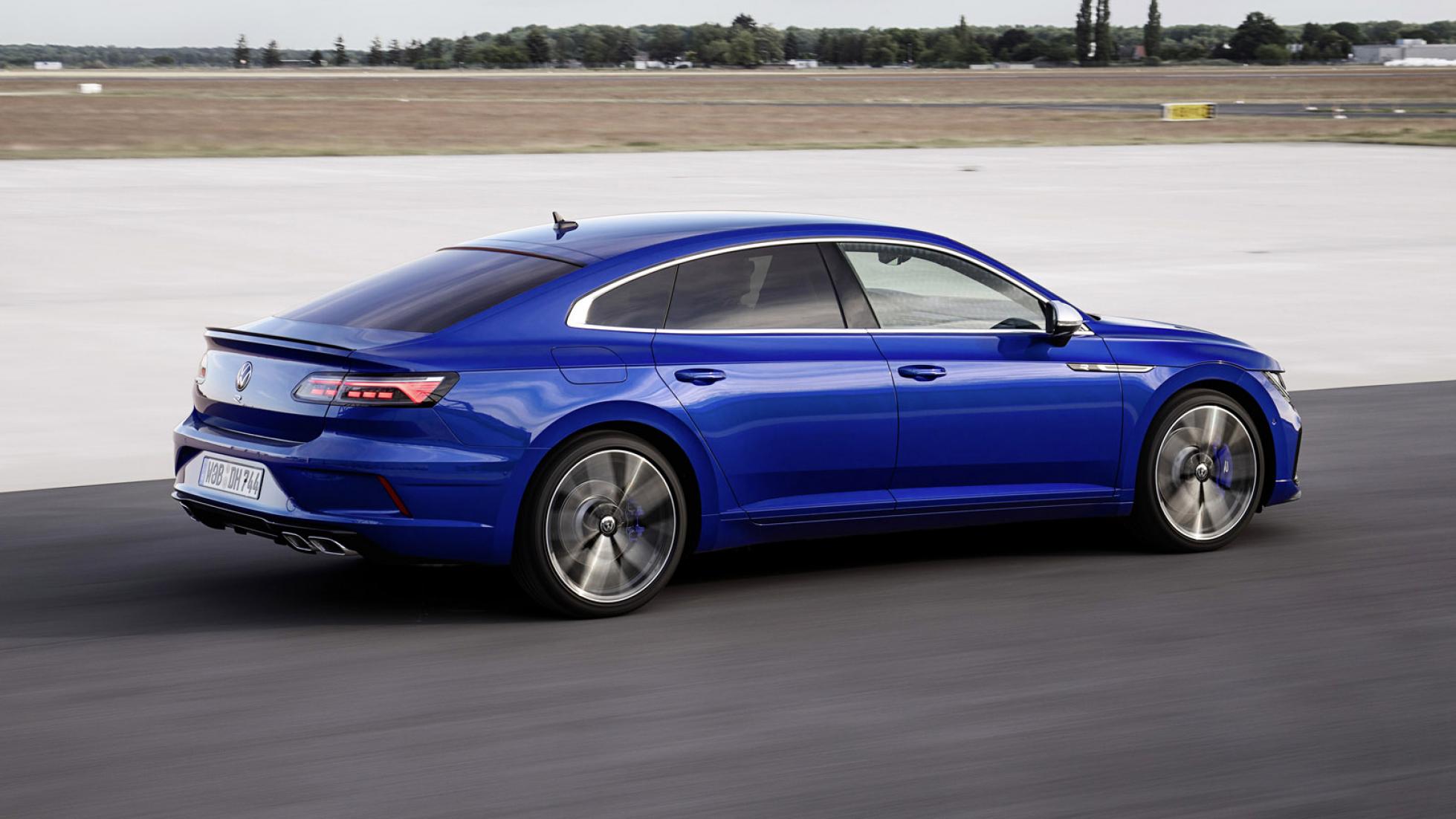 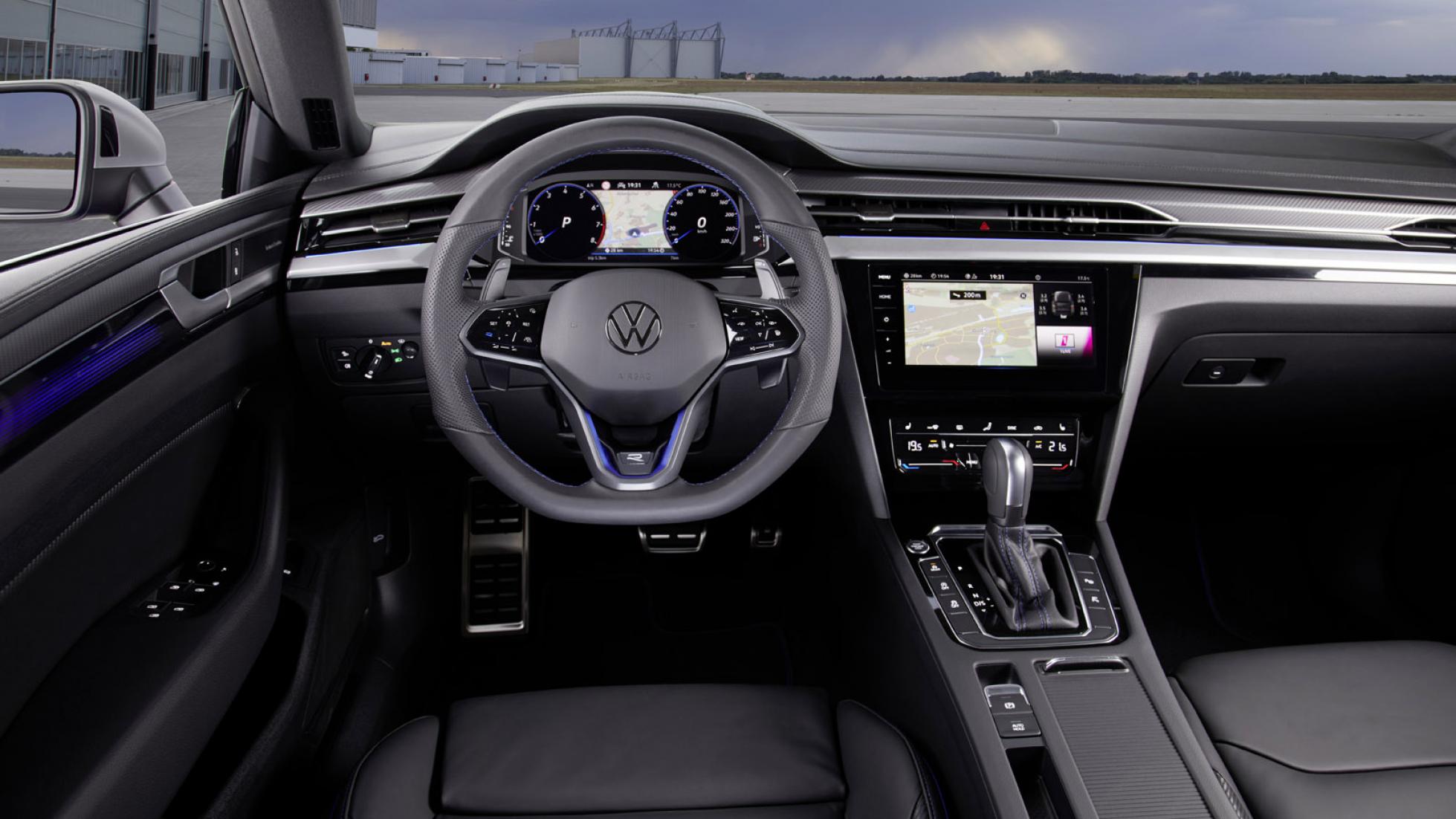 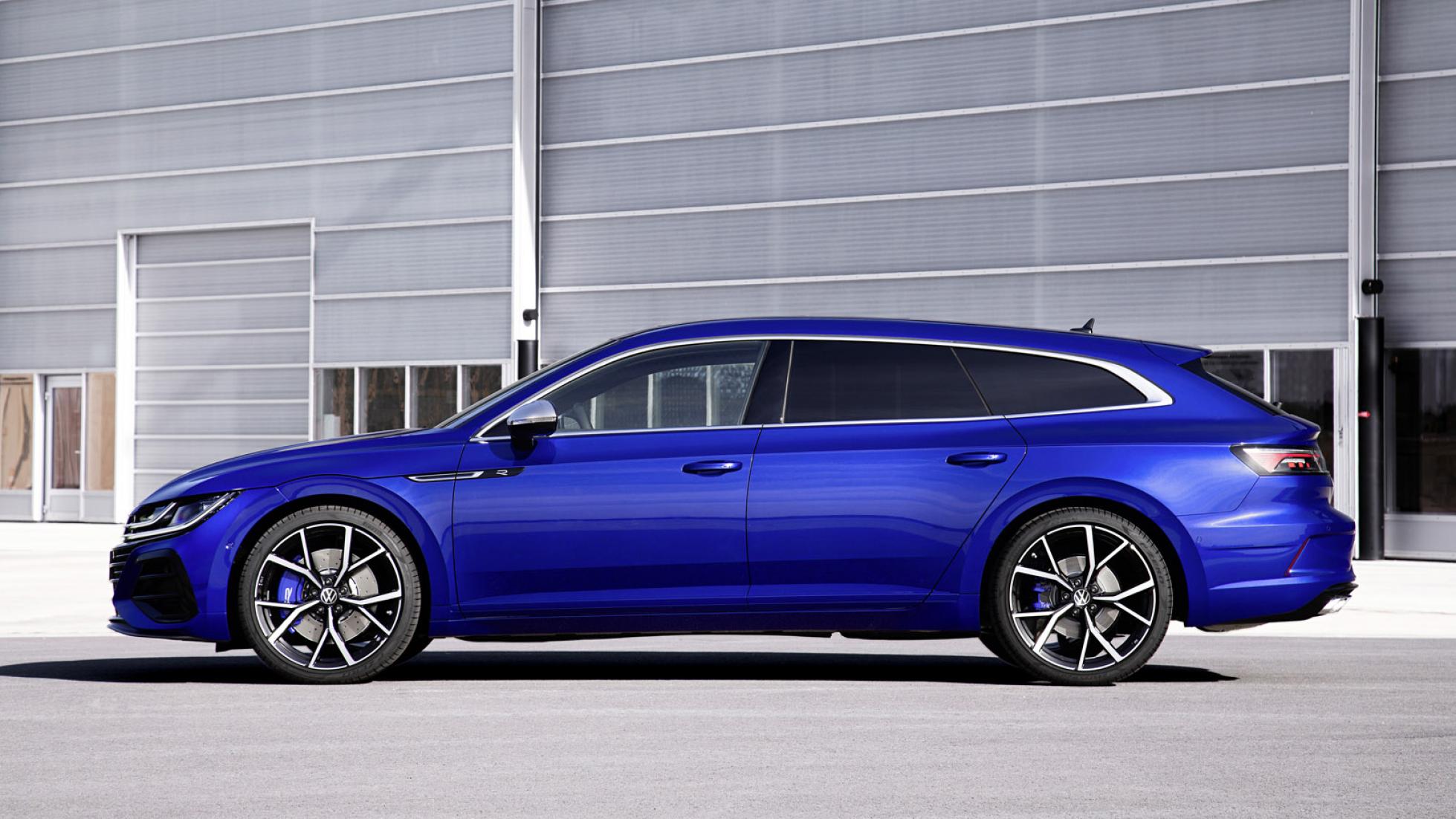 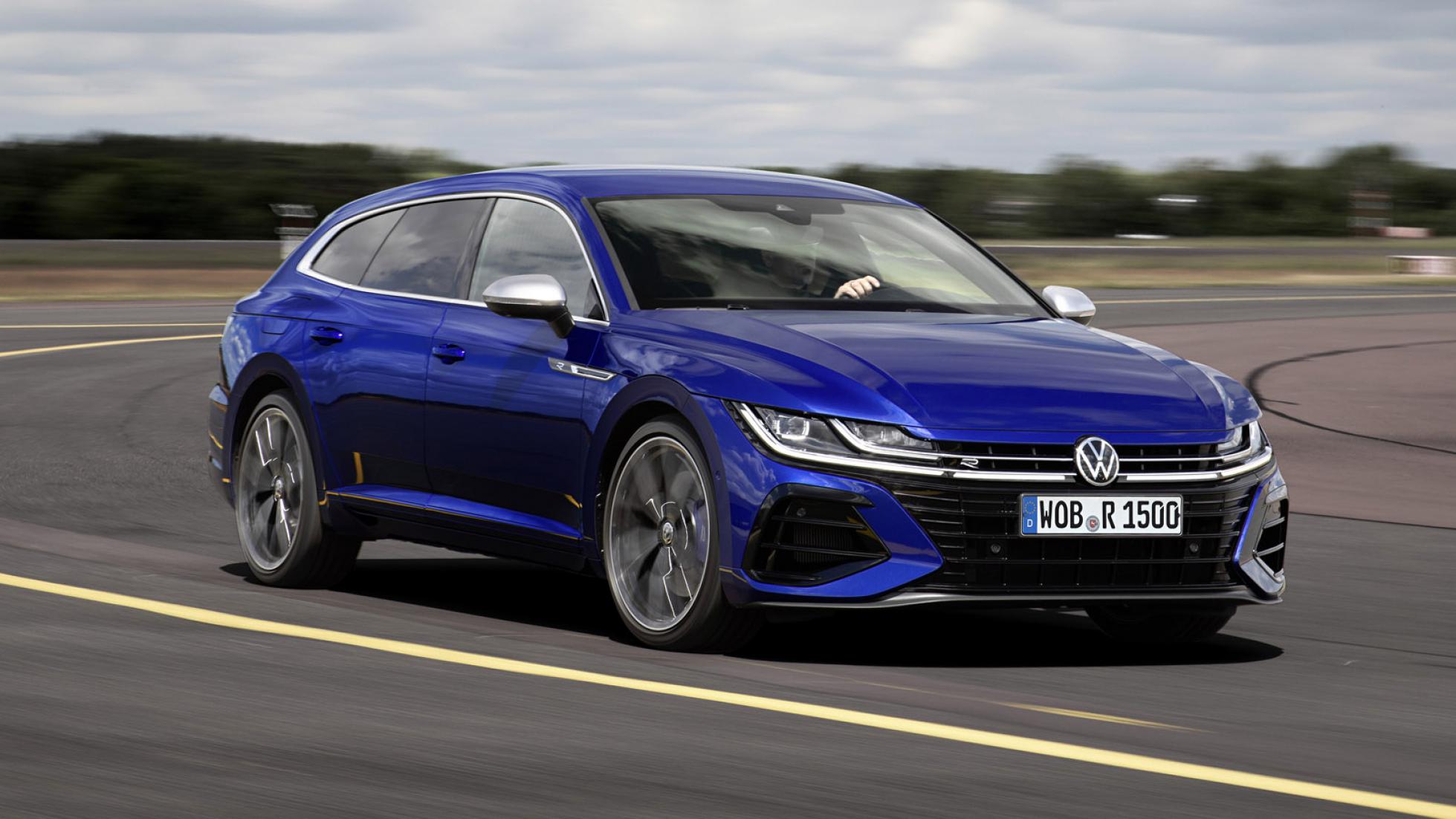 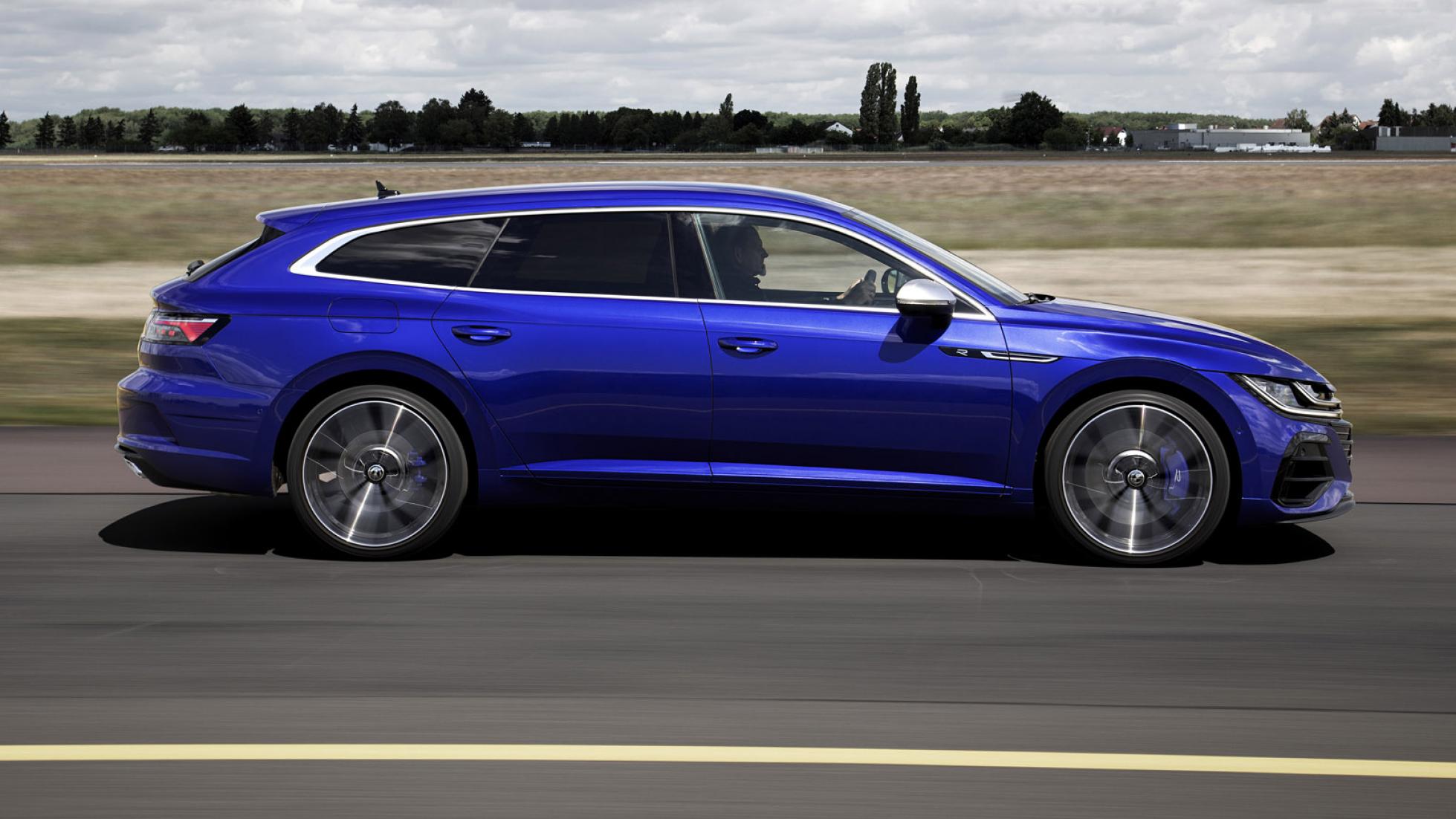