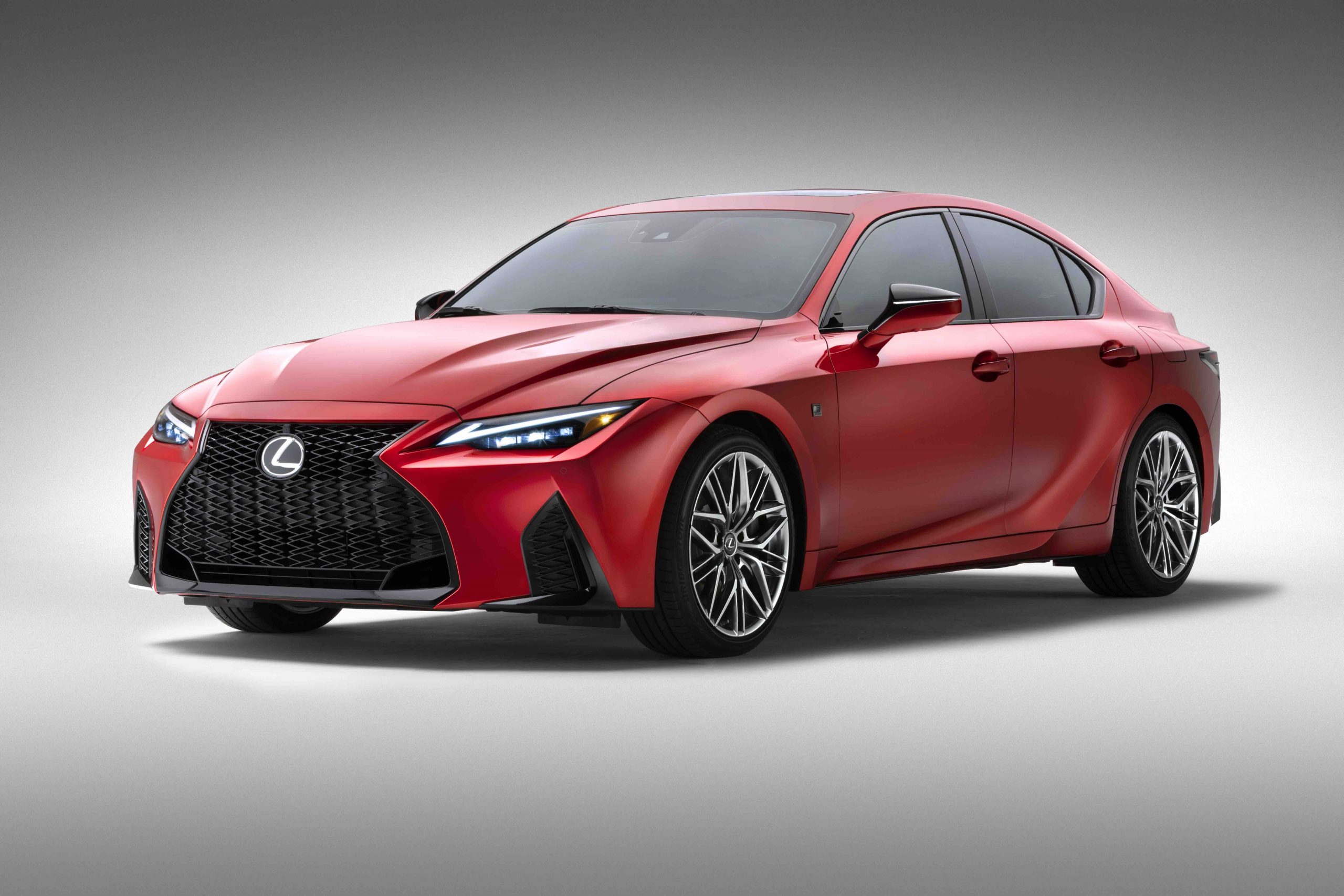 The launch of the new Mercedes C-Class is just around the corner. According to reports, the W206 range will be exclusively made up of four-cylinder powertrains, with electrification being the go-to solution in situations where more power is needed. This supposedly applies to the C63 as well. After all, if AMG can extract 420 horses from a four-banger, surely it can find a way to apply that know-how to Merc's bread-and-butter sedan.

With the C63 destined to lose half its cylinders while BMW's commitment to straight-sixes for its M3 and M5 remains steadfast, the era of V8-powered sports sedans seems to be nearing its end. Economy, efficiency and sustainability are the keywords of 2021 that will eventually kill the high-octane genre. But it won't go out without a fight, not in North America at least, where purveyors of the "V8 motor" can keep the dream alive thanks to cars like the 2022 Lexus IS500 F Sport Performance.

Yes, you read that right. It's not an IS F in a traditional sense – that hallowed nameplate is sadly stuck in its retirement home – but rather the first entry in the Japanese luxury carmaker's F Sport Performance range. And it's not interested in downsizing at all.

Under the raised hood of the IS500 (it's taller by nearly two inches) is a 5.0-litre naturally-aspirated V8 engine which sends 472hp and 535Nm of torque exclusively to the rear axle via the same eight-speed automatic gearbox managing power delivery in the US-spec IS300 and IS350. Lexus takes pride in the fact that its new range-topper is only 65kg heavier than the IS350, which only makes do with 311 horses from its 3.5-litre engine. The IS500's beefier power-to-weight ratio gives it the beans to do 0-60 (0-97kph) in just 4.5 seconds.

On top of its loaded powertrain, the IS500 also gets adaptive suspension and a Torsen LSD for better cornering stability. Lexus turned to long-time partner Yamaha, which famously co-developed the V10 engine in the LFA, for the rear performance damper, which supposedly 'reduces dynamic structural distortion, delivering increased comfort at low speeds, and additional stability and agility at high speeds'. Enhancements have also been made to braking system while the snazzy 19-inch wheels courtesy of Enkei contribute to a weight reduction of nearly 3kg.

F Sport styling, including the IS F's famous quad pipes, is obviously apparent all round while the Lexus Safety System+ (LSS+) is expectedly part of the IS500 F Sport Performance's standard package.

Lexus USA will announce prices in due time, with the car expected to arrive in dealerships towards the end of the year. Not that it matters to us as it's a North American exclusive. That said, we wouldn't want to rule out the possibility of Lexus repackaging the IS500 in a slightly different fashion for other markets. But would you be willing to fork out five figures a year on its road tax in a potential situation where the BMW M3 and Merc C63 are actually the cheaper alternatives? 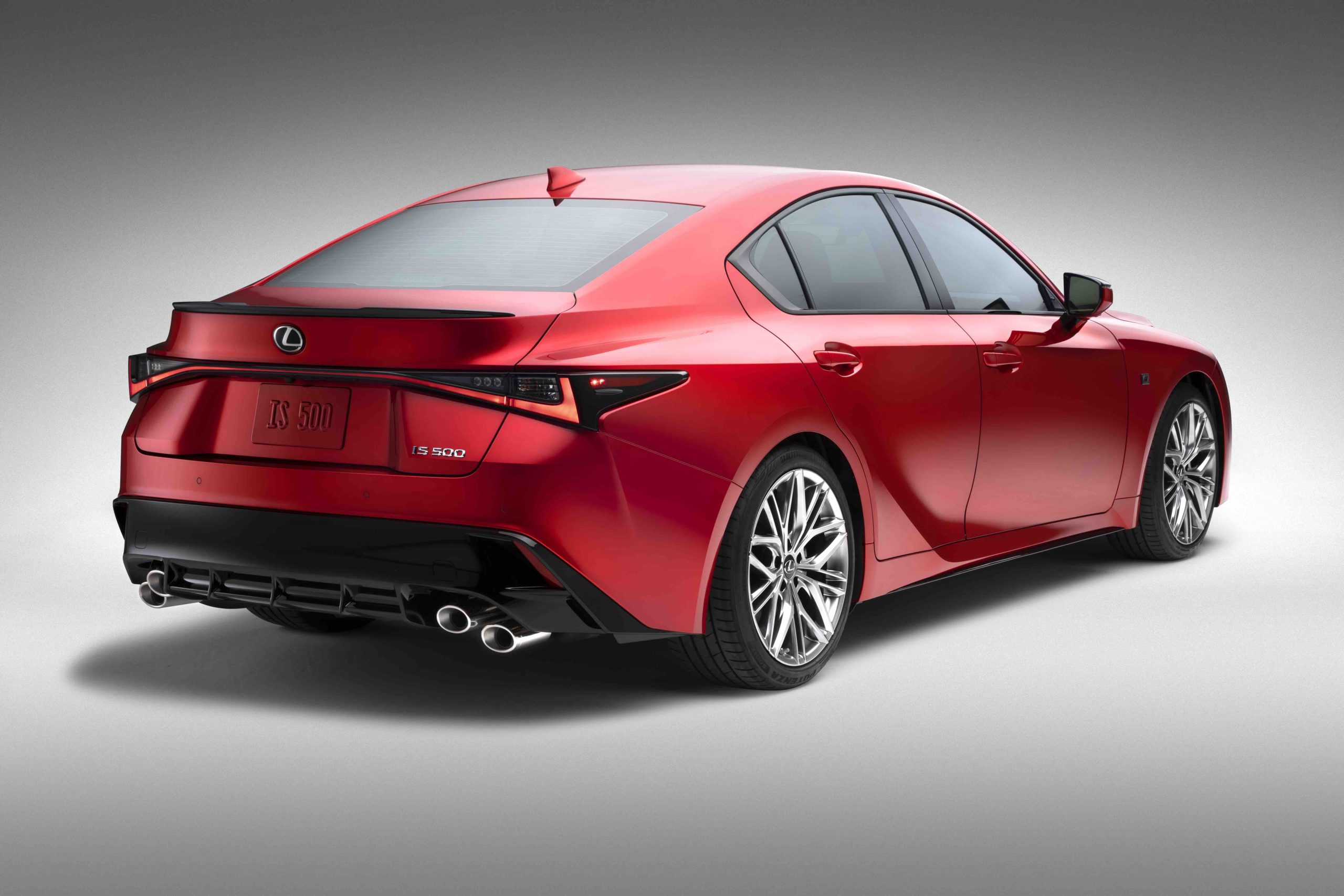 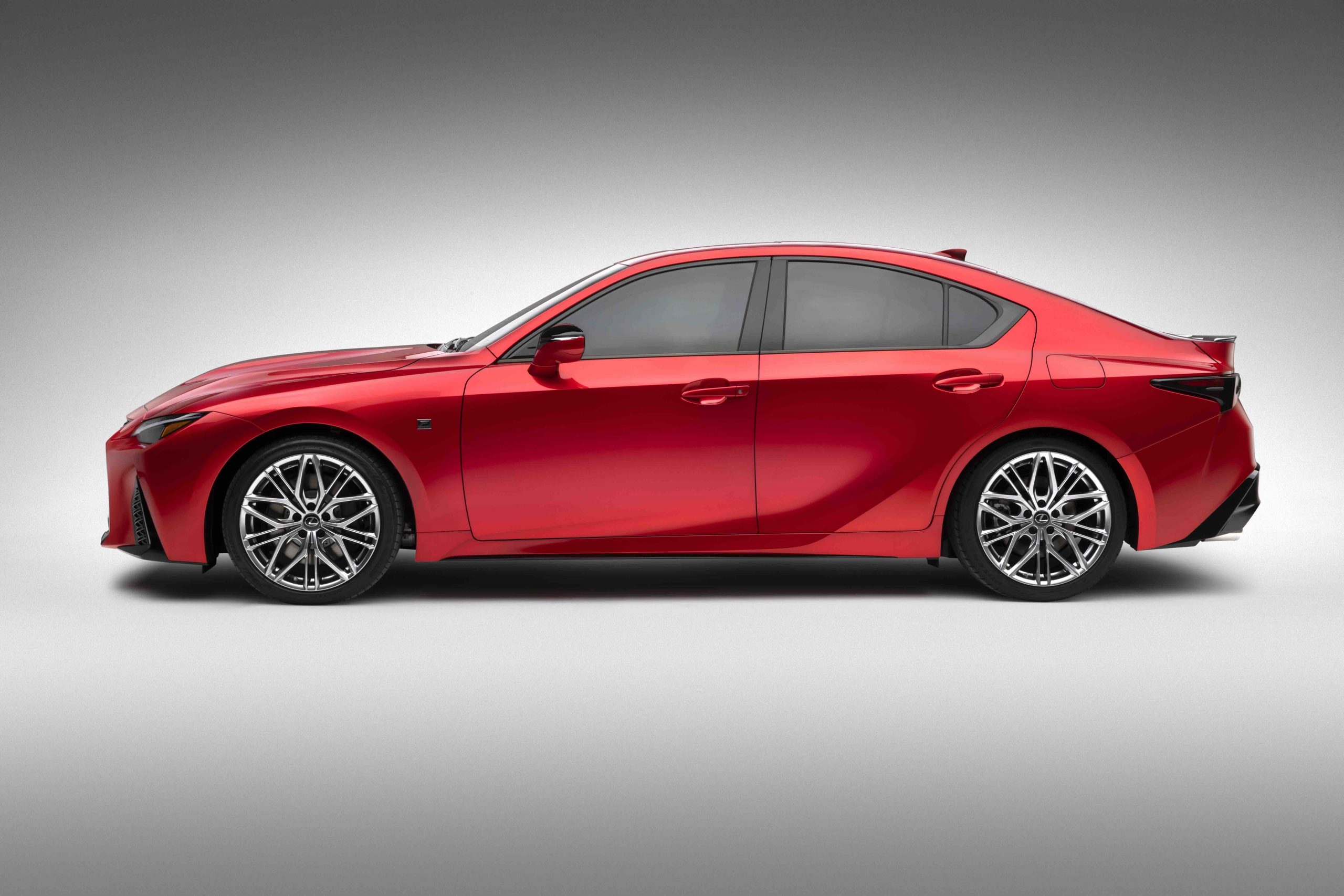 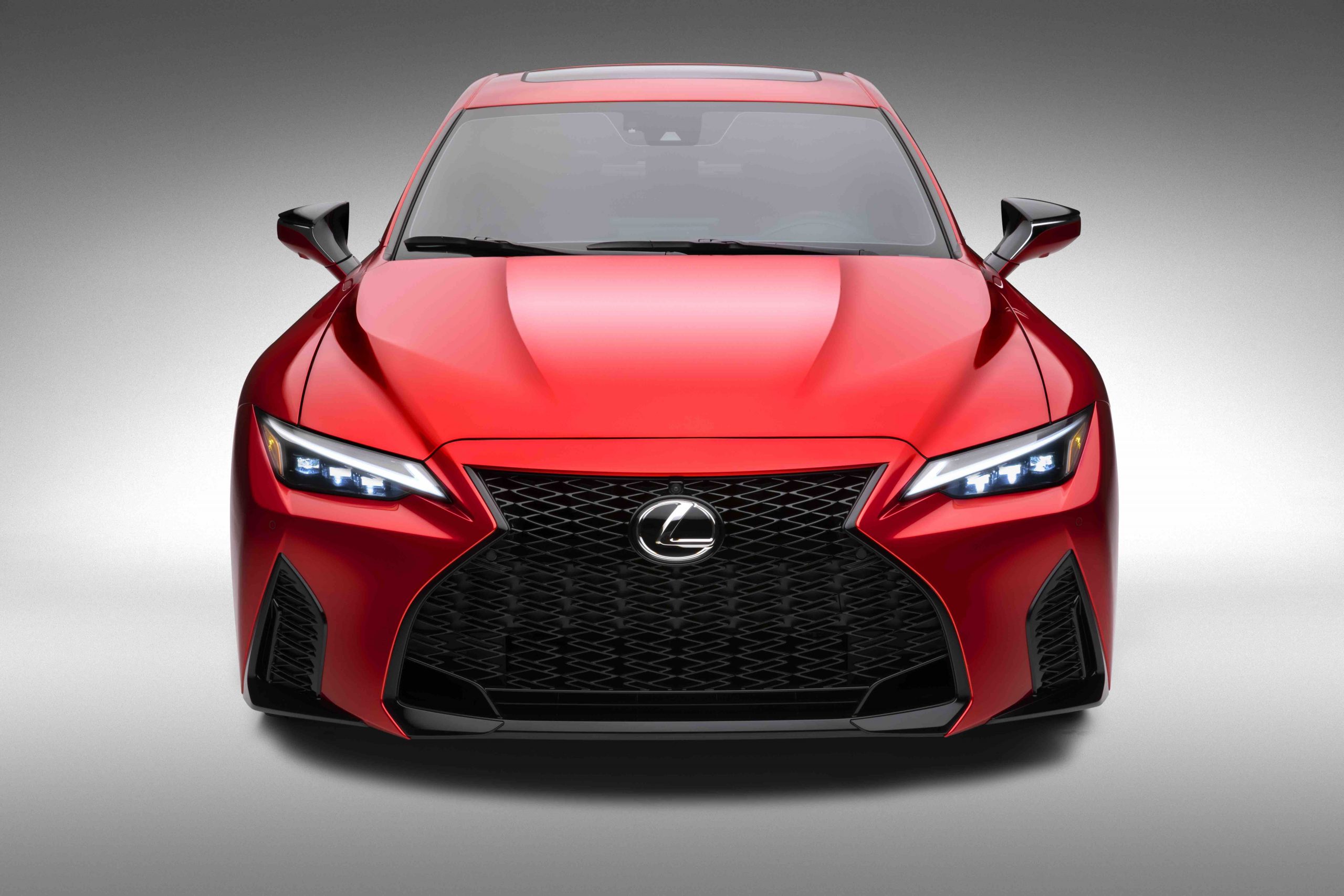 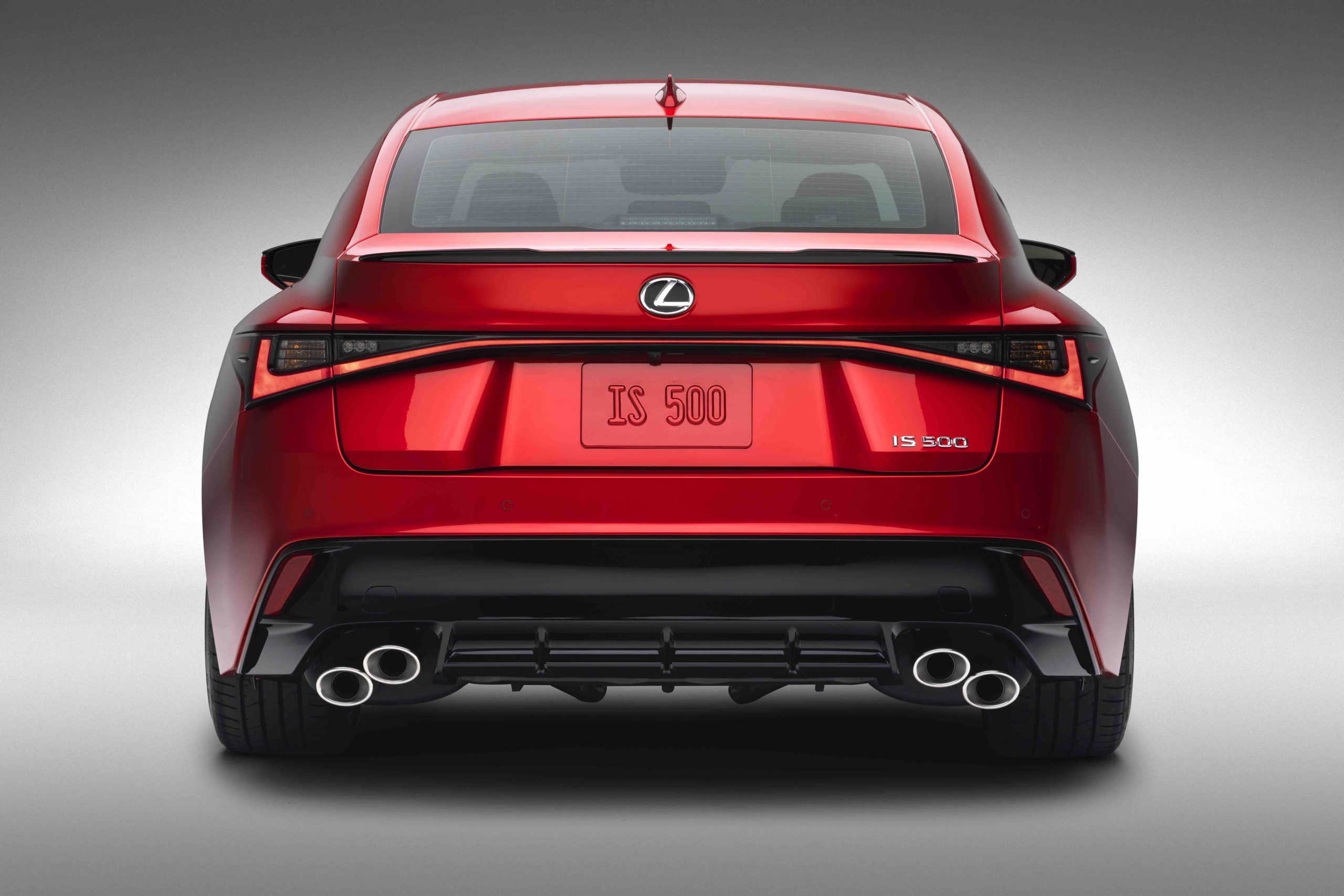 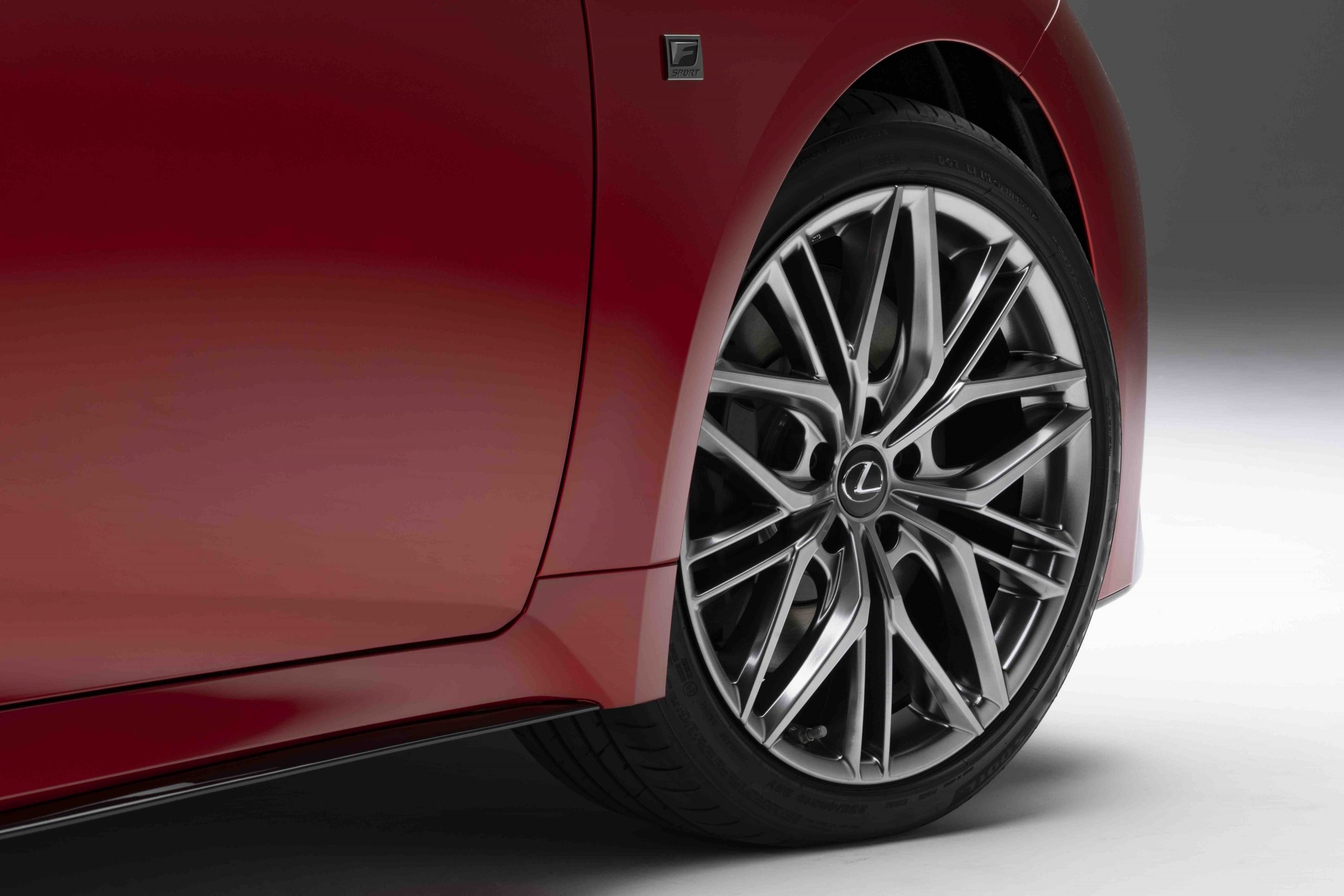 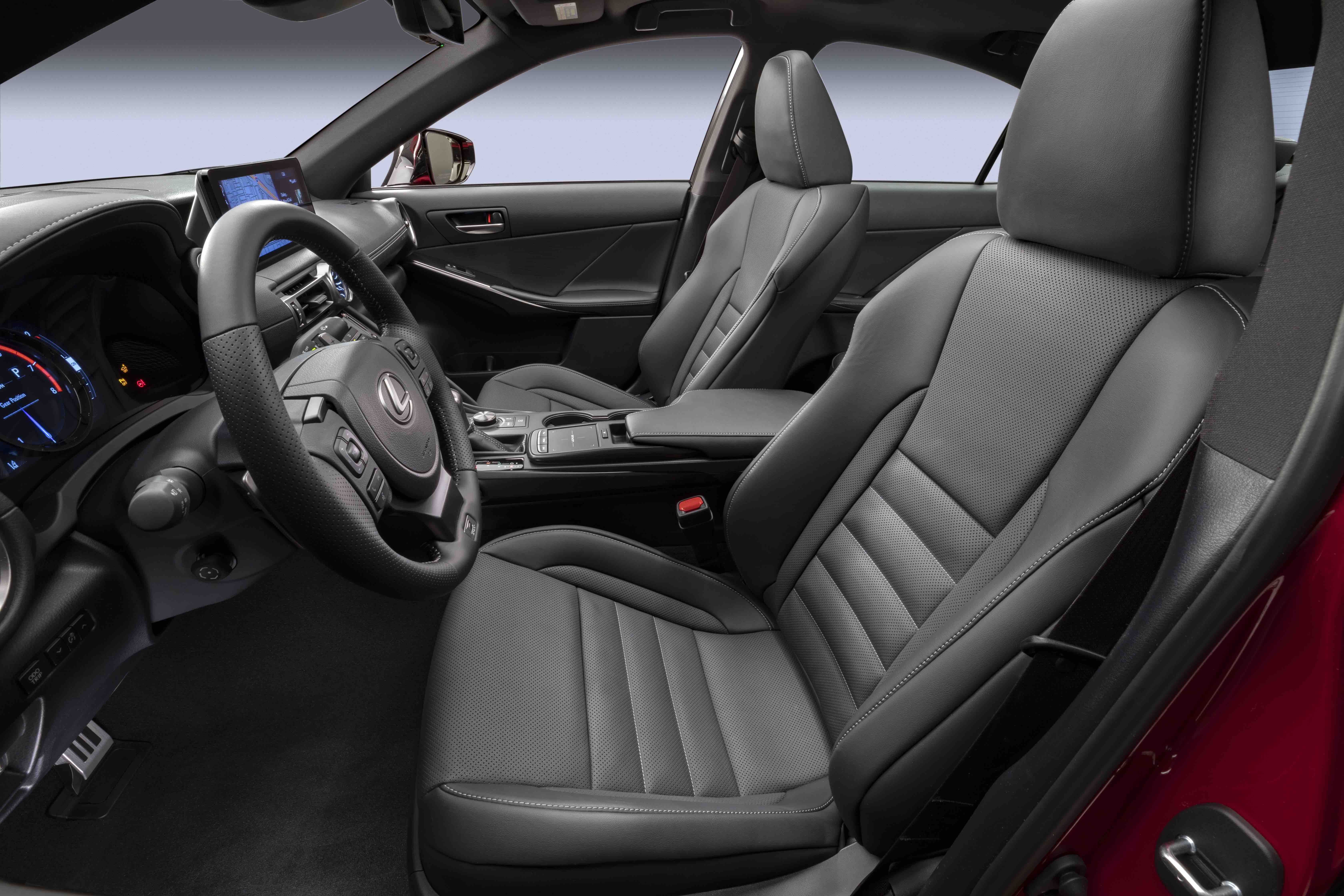 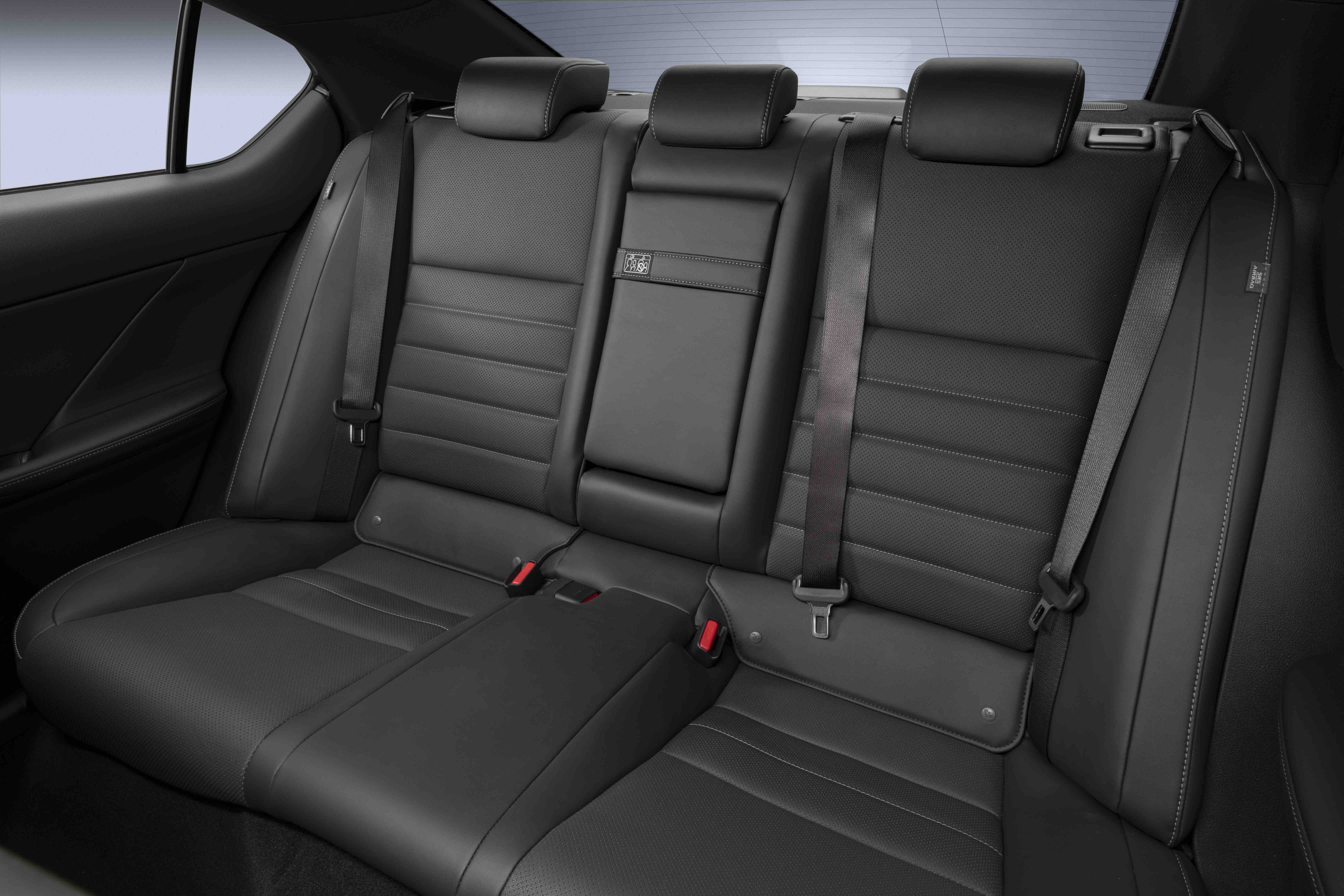 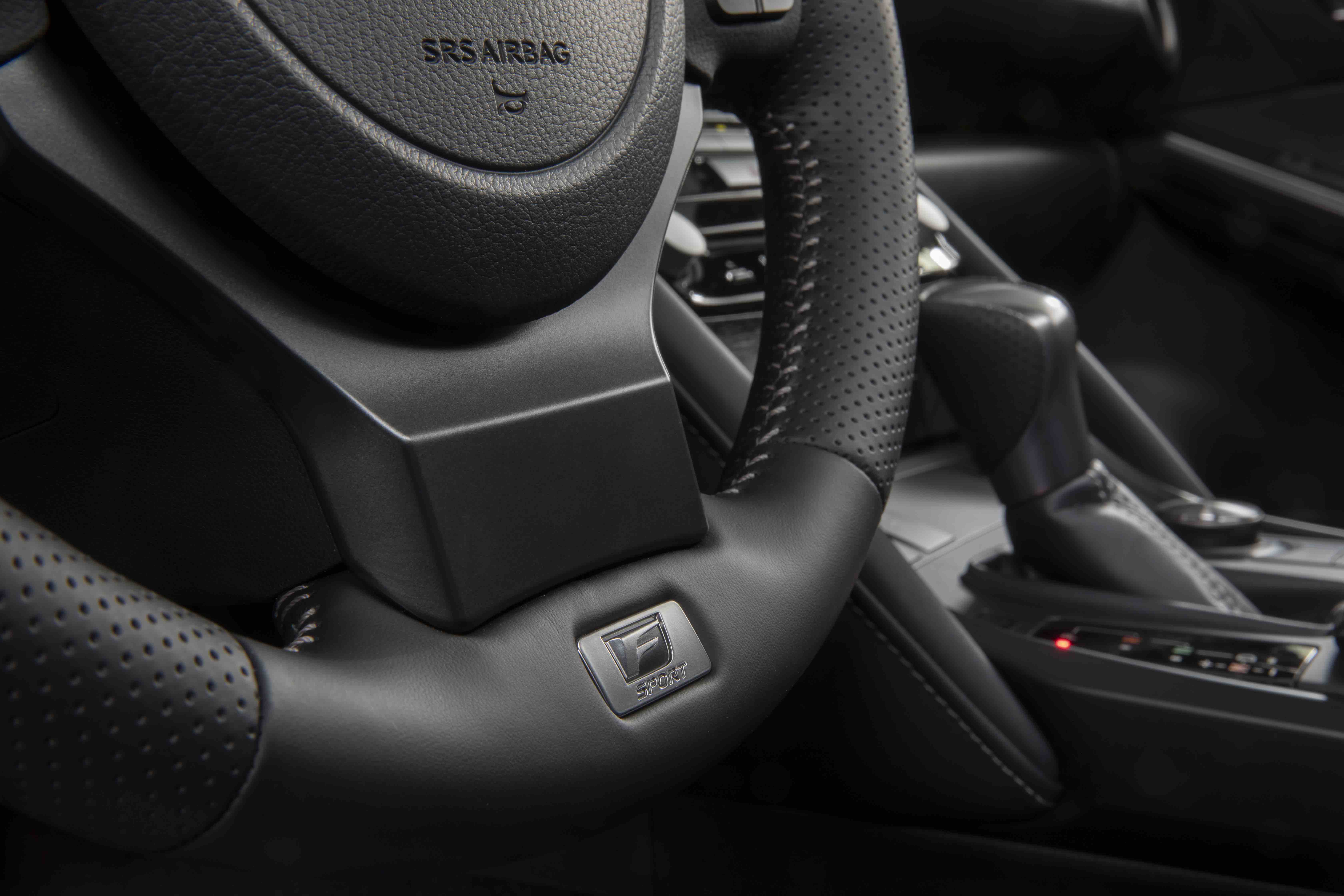