Tesla Model Y catches fire in Canada, locks up with owner inside 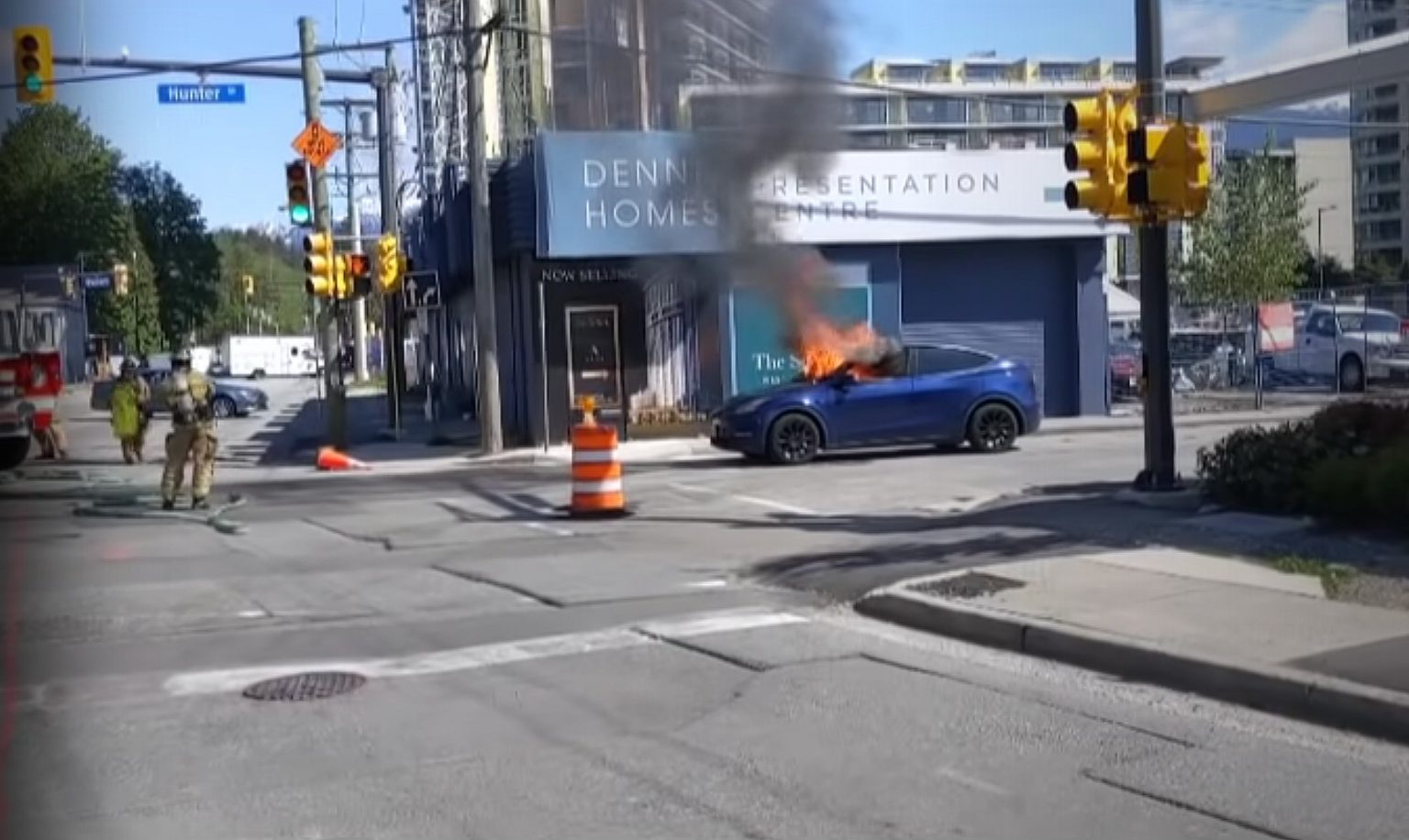 While the whole world is moving towards electromobility at a rapid pace, occasional glitches involving electric cars are still occurring around the world.

One of the said incidents which was nothing short of horrifying took place in Vancouver, Canada earlier this week when a Tesla Model Y electric crossover suddenly caught fire, shut itself down and locked itself up with the owner stuck inside.

According to the owner Jamil Jutha who was driving his EV on what seemed to be another regular day, his car suddenly alerted him of an error, powered down, started smoking, and suddenly caught fire.

"It just kept saying 'error' before smoking up and going into flames," said Jutha who was interviewed by Canadian News Channel CTV News shortly after the incident.

The worst part was that the Model Y's doors reportedly wouldn't open. Fortunately, Jutha was able to get out of the driver's side window by kicking it and breaking it before the car became engulfed in flames.

According to an article by Inside EVs which reported the incident, Jutha's Tesla is a 2021 Model Y SUV that he's only owned for about eight months.

“The doors wouldn’t open. The windows wouldn’t go down. I kicked through the window, climbed out, and called 911 right away," said Jutha.

Although it is said that Tesla vehicles come with an emergency release which will open the doors if the power has failed, Jutha said that it wasn't easy to figure out how to use the emergency release during the high-pressure, life-threatening incident.

While Jutha was calm and strong enough to break himself free from the burning Tesla, imagine what would've happened if he panicked, or if he took too long to find the emergency release at the time.

That being said, it is absolutely vital for vehicle owners, especially those of EVs and supercars which have the tendency to go up in flames out of nowhere, to go through the vehicle's manual or to find a way to learn about things like the emergency release here just in case something similar happens.