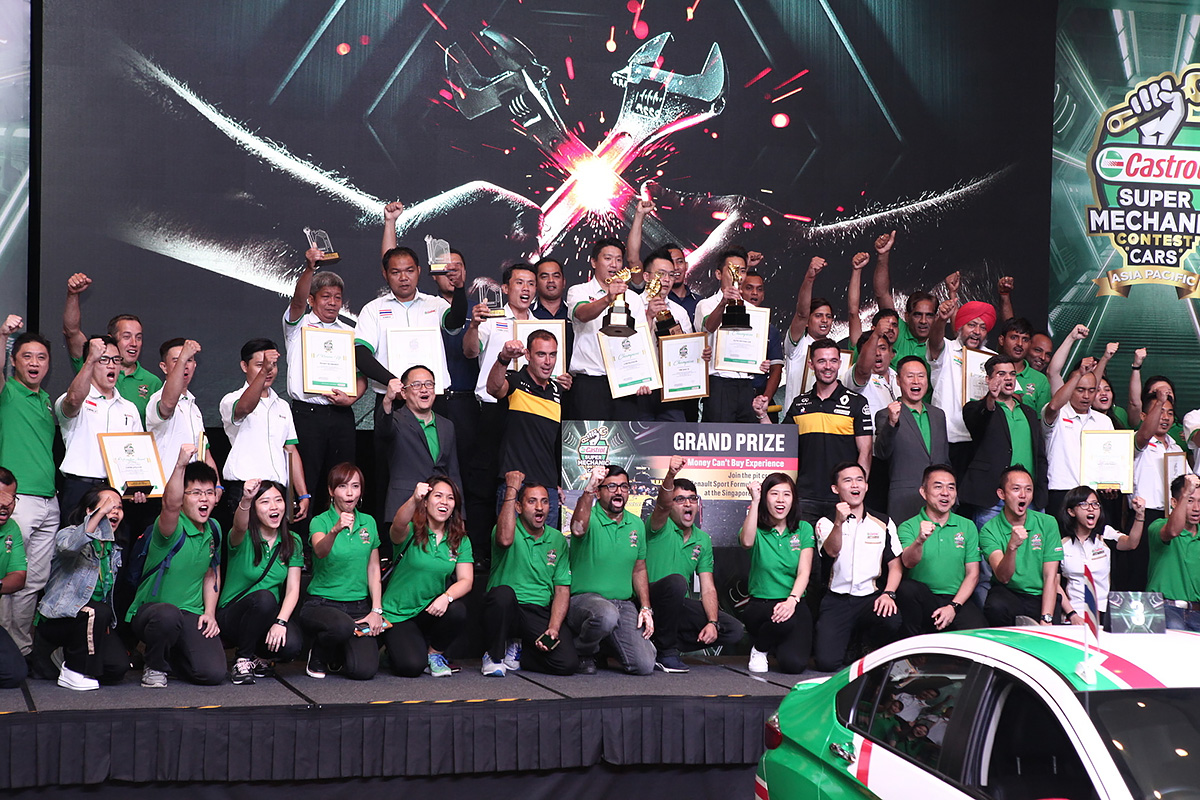 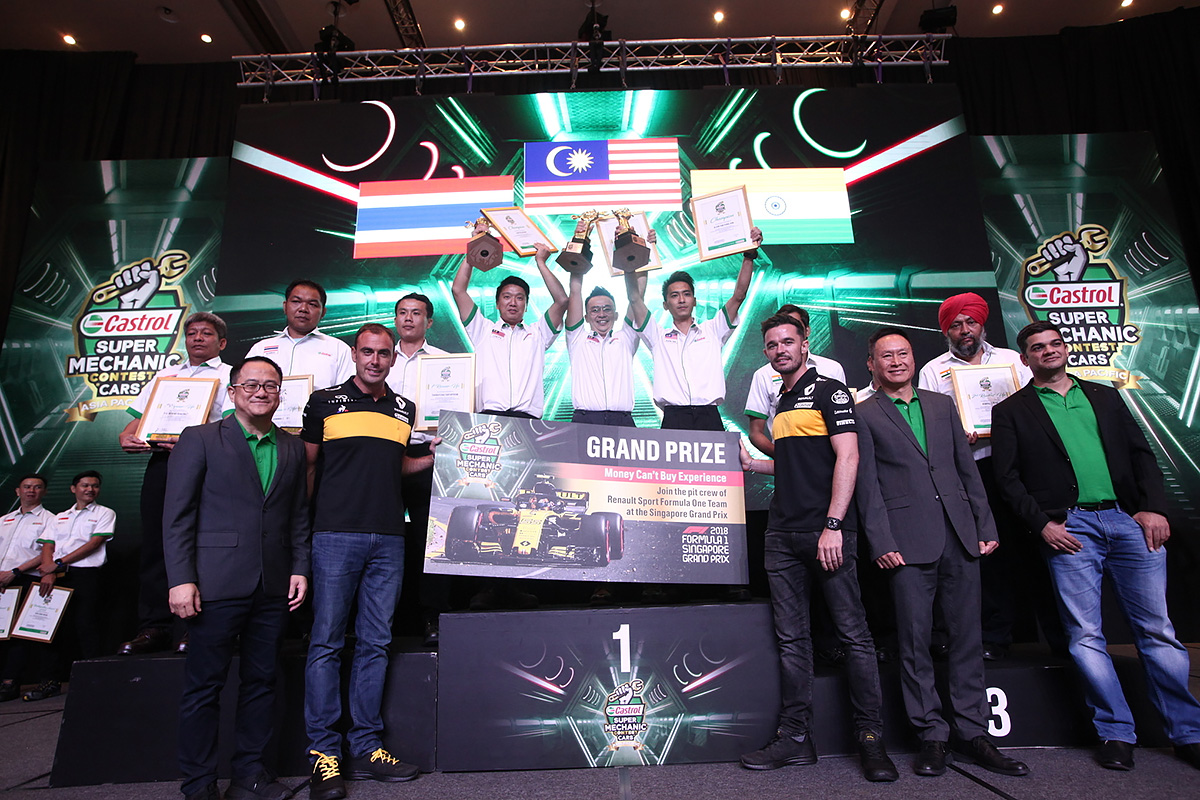 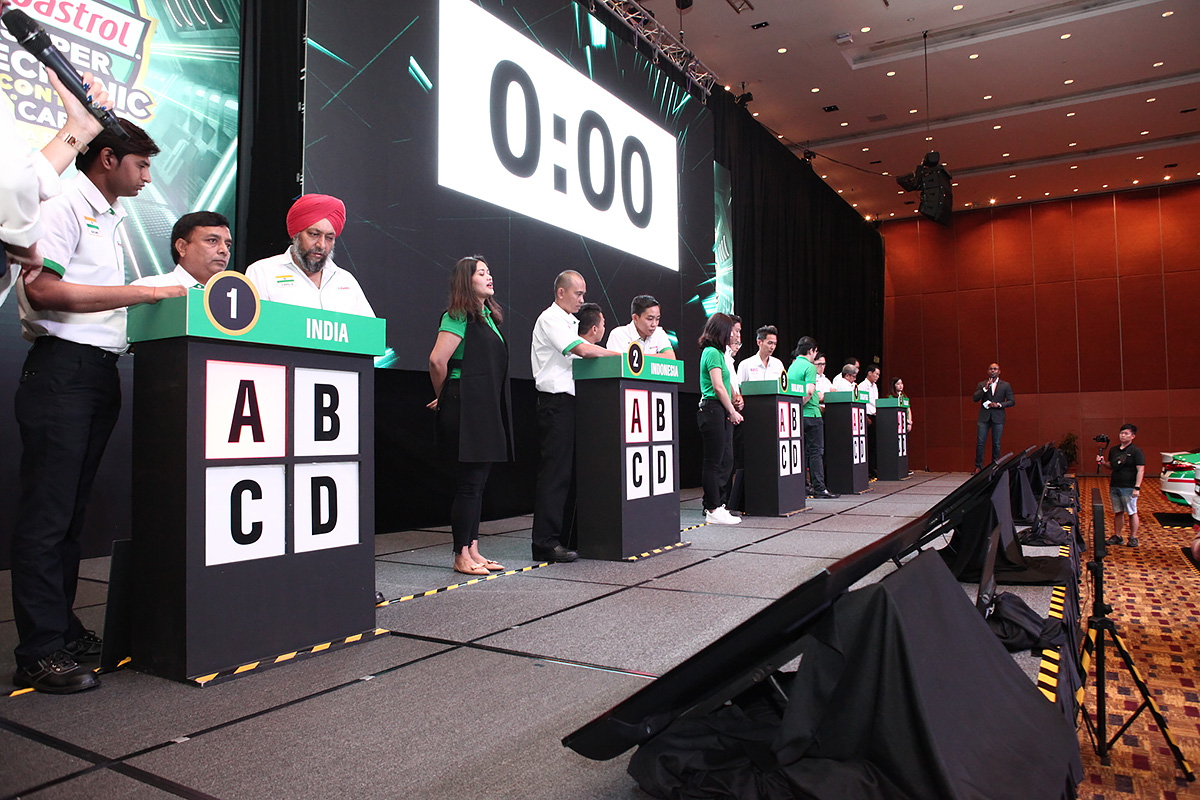 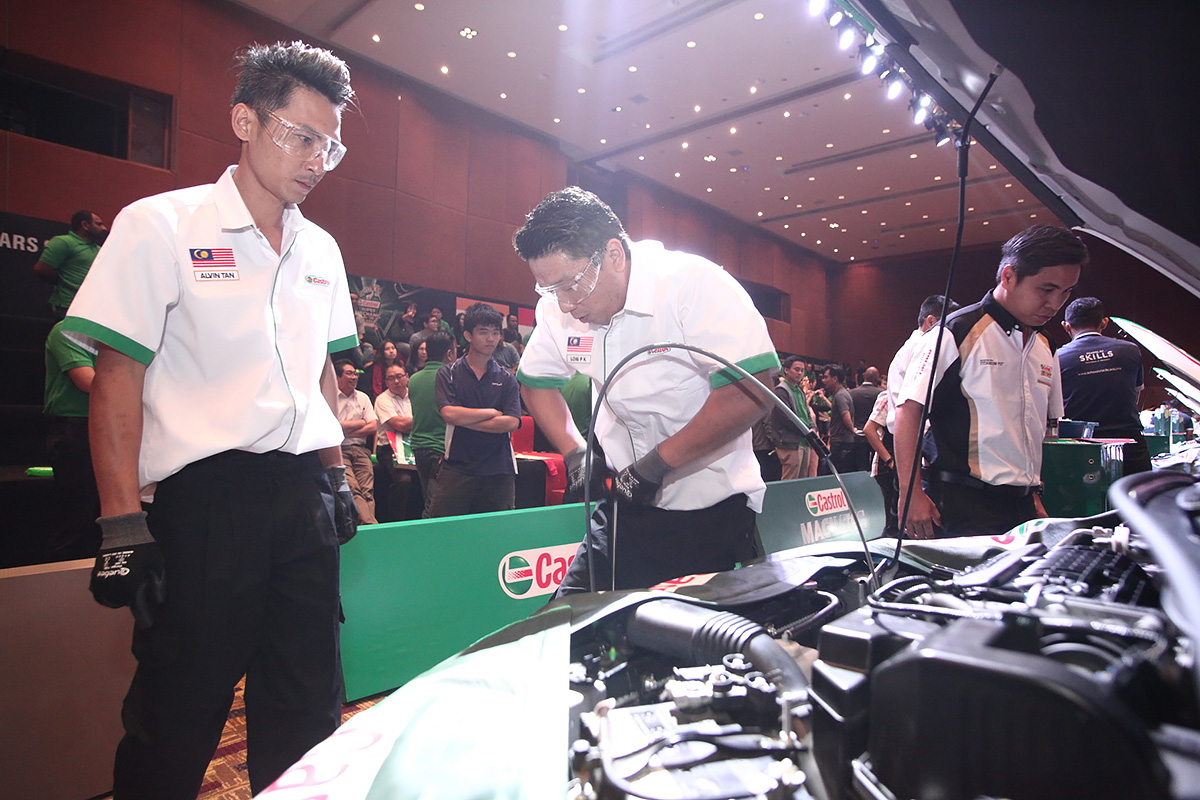 The Castrol Asia Pacific Cars Super Mechanic Contest 2018 has found the best car mechanics in the region, and they are from Malaysia! Low Pai Khoon, Yim Shao Ze, and Alvin Tan Yong Jun earned the honour after becoming champions in the final event held at KLCC recently, beating fellow contestants from Thailand, India, Singapore, and Indonesia. Teams from Thailand and India were runner-up and second runner-up respectively.

The Castrol Asia Pacific Cars Super Mechanic contest started earlier this year in March with the National Rounds, from which only 15 of Castrol car mechanics were selected to proceed to the Grand Finals. The top three National Champions then formed a team to represent the country, for a head-to-head competition to test their practical expertise and theoretical knowledge.

In the regional Grand Finale, the five national teams underwent four gruelling time-based tasks. After a Theory Quiz session, teams had to race against time in demonstrating superior practical skills in car engine maintenance including technical knowledge on how to change engine oil, replace engine parts, as well as diagnose and solve engine problems in the shortest time possible. To further heighten the complexity of the tasks, time penalties were imposed on teams for any mistakes made throughout the challenges, such as oil spills. 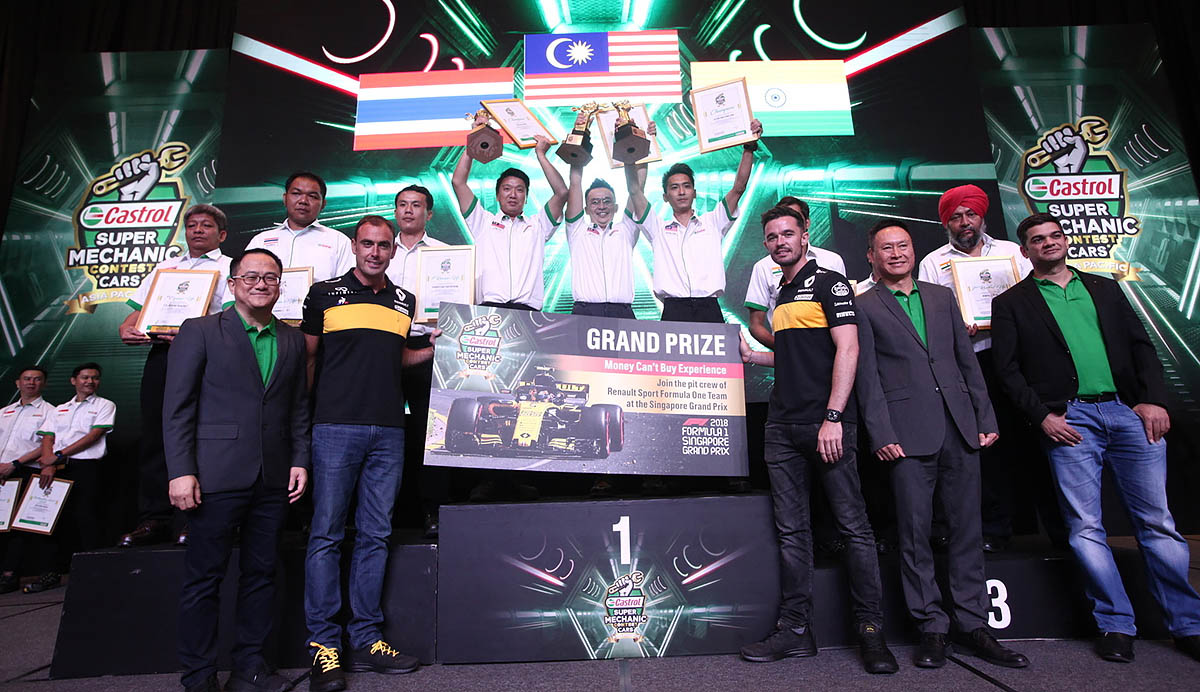 At the end, Team Malaysia were the first to successfully start and idle the car they were working on.

“As the manufacturer of leading engine oil brands, Castrol EDGE and Castrol MAGNATEC, we strive to not just reward and recognise our mechanics, but also continuously support them in their efforts to improve their knowledge and technical expertise. To this end, the Castrol Asia Pacific Cars Super Mechanic contest is an excellent platform where they can showcase their skills and gain valuable exposure on a regional level,” said Shyam Balasubramanian, regional marketing director, BP/Castrol Asia & Pacific.

In addition to the Grand Prize, Low Pai Khoon, Yim Shao Ze and Alvin Tan Yong Jun will also have the once-in-a-lifetime opportunity to join the pit crew of the Renault Sports Formula One Team during the F1 Grand Prix race in Singapore this coming weekend.