Special Rolls-Royce 'EV' gets its first service at only 100km 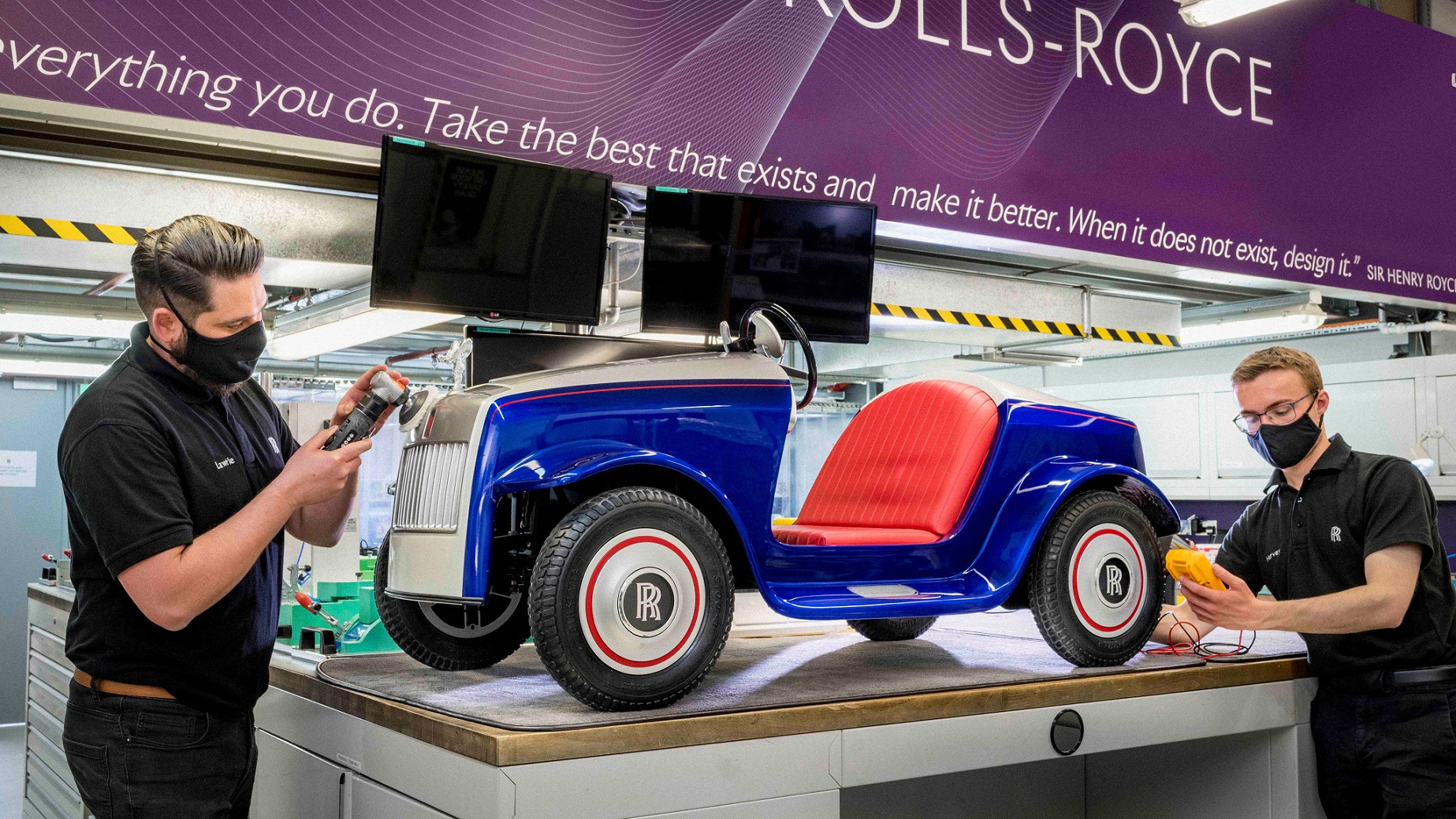 Walk into a Rolls-Royce showroom and you'll only find the finest British motor cars exclusively powered by the marque's signature V12 engines. That said, electrification isn't exactly a concept alien to the Goodwood-based outfit.

In 2017, Rolls-Royce's Bespoke division took on one of its proudest tailor-made projects when the St Richards Hospital of Chichester, England approached the carmaker to repair an electric plastic Jeep that was used by patients in its paediatric day surgery unit. The team respectfully declined and offered to build a new one for the hospital instead; one crafted to the highest standards befitting the brand and the department responsible for some of the world's most ostentatious commissions.

A small team designed and constructed a Bespoke bodyshell in fibreglass reinforced with carbon-fibre. This frame was finished with the marque's iconic Pantheon grille with 'real' bonnet strips cut to length and a two-tone finish applied exactly as it would be on a full-size commission. 'Inside', the seat is hand made from wood and upholstered in medical-grade vinyl while the custom aluminium footwell lifts out for easier cleaning. The treadplates, 3D-printed dash, wheel caps and trim pieces were individually created in typical Bespoke fashion. And there's even a laser-etched RR badge with its own Spirit of Ecstacy mascot just like a proper Rolls-Royce.

Electric power makes the Rolls-Royce SRH the quietest car to roll out of Goodwood. And it even has a speed limiter like its road-going counterpart: provides the authentic noiseless Rolls-Royce driving experience; and like its road-going counterparts, its speed is limited, in this case to 6.5kph rather than the usual 250. In total, the team put in 400 hours of their own time to complete the project.

Since then, over 2,000 young patients have driven themselves to the operation theatre in the Rolls-Royce SRH. However, after clocking 100,000 metres (100km) along hospital corridors with 'unlicensed children in a state of nervous excitement at the wheel', it returned to the company's Global Centre of Luxury Manufacturing Excellence in Goodwood for its first service, which was carried out specially by specialists from the Bespoke team and other technical and craft departments to restore it to its former glory.

It's very rare that a motor car returns to the Home of Rolls-Royce to have scuffs and scrapes buffed out of its paintwork, and in this instance we're entirely untroubled. It shows that the car is being used and enjoyed, which is ultimately what every Rolls-Royce is for.