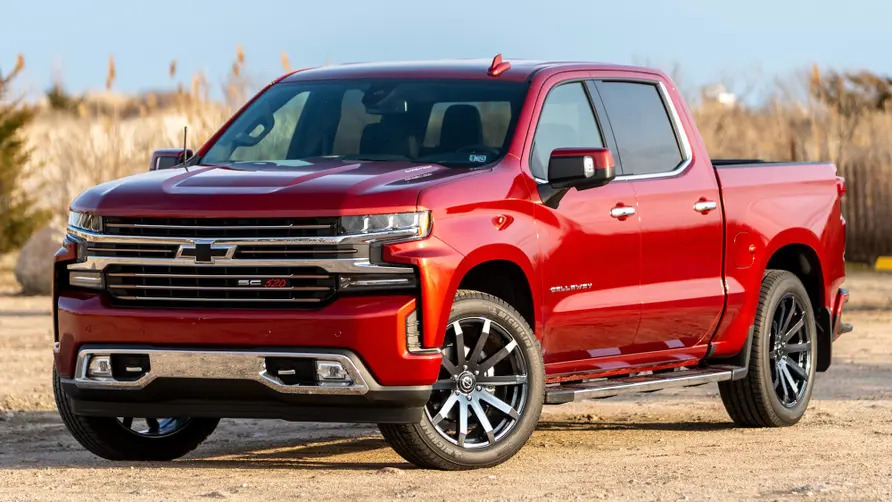 This is the Chevy Suburban SC620, GMC Sierra SC520 and Chevy Silverado SC520: factory-backed, dealership-offered supercharger packages, designed to extract up to 600bhp from trucks and SUVs big enough to warrant needing an HGV licence. And you’re not alone if you feel that supercharged behemoths like this might be missing the zeitgeist ever so slightly.

And yes, it’s that Callaway, as in the builders of the 255mph, C4 Corvette-based Sledgehammer – an example of truth in advertising if we ever saw it.

Callaway’s clearly still on ‘what we say is what you get’ form with its new performance packs, the SC520 and SC602, given that both are supercharged and they offer 520 and 602bhp respectively. And before you think they’re two artificially capped stages of output, the SC520 is for the 5.3-litre V8 and the 602 is for the 6.2-litre.

You might imagine that now is roughly the worst time since 1973 to offer supercharged towers of power that go big on capacity and small on economy. But Callaway says its engine management system delivers “near-stock fuel economy during cruising conditions”, a concept that lives on the border between astonishing and alchemy. But, given that it’s emissions-compliant in all 50 US states – and that we’re talking about Callaway, who rather knows its business – we’re inclined to say they’ve managed it.

So while it’ll cost 25,000 Freedom Francs to fit, it won’t cost you more in the day-to-day. But given that superchargers still work the way you remember, if you indulge and spool up the full fury, fuel economy will dip. Y’know... ever so slightly.