Say hello to the Mercedes-Benz GLB

Remember Merc’s GLB Concept from the New York Motor Show? Well, it’s back, this time as a proper production-ready model, minus the chunky wheels, spotlights and rooftop storage. Boo.

The Mercedes-Benz GLB is a “compact” crossover that uses the same basic underpinnings as the new A-Class and B-Class. Bigger, though, so there’s room for seven seats. The rearmost two are optional – Mercedes says they can be used by people up to 1.68 metres tall (that’s about 5ft 6in), presumably only with the middle-row slid as far forwards as it’ll go. Doesn’t look like there’s much of a boot when they’re in use, either, but fold them flat into the floor and you’re rewarded with almost 1,800 litres of cargo space. Not bad.

Elsewhere inside you have the now familiar MBUX infotainment system, which marries a clever voice assistant with two widescreen displays. What you can’t do with your voice, you do with touch-pads on the steering wheel or a laptop-style trackpad on the centre console. It’s the exact same setup you get in the A-Class, B-Class and CLA, so go read our reviews of those cars to see what it’s like.

As for engines, you’re looking at the same four-cylinder petrols and diesels as those other small Mercs. The GLB200 is a 1.3-litre petrol with 163bhp and a seven-speed auto, while the GLB250 gets a 2.0-litre engine with 224bhp and an eight-speeder. Both diesels are 2.0-litres.

All-wheel drive is an option, looks like for the diesels only – in Eco/Comfort mode it sends 20 per cent of drive to the rear-axle. In Sport it’s 30 per cent, while in Off-Road the split is 50/50. An ‘Off-Road Engineering Pack’ gives you hill-descent control, extra info displays and a special mode for the LED headlamps.

Naturally you get all the same safety and driver assistance systems as most modern Mercs, too.

Now, the looks. Mercedes seems pretty pleased – it calls the GLB “muscular and sensuously contoured”, with an interior that conveys “robustness, power and a certain fun factor”. Do you agree? Coming soon. 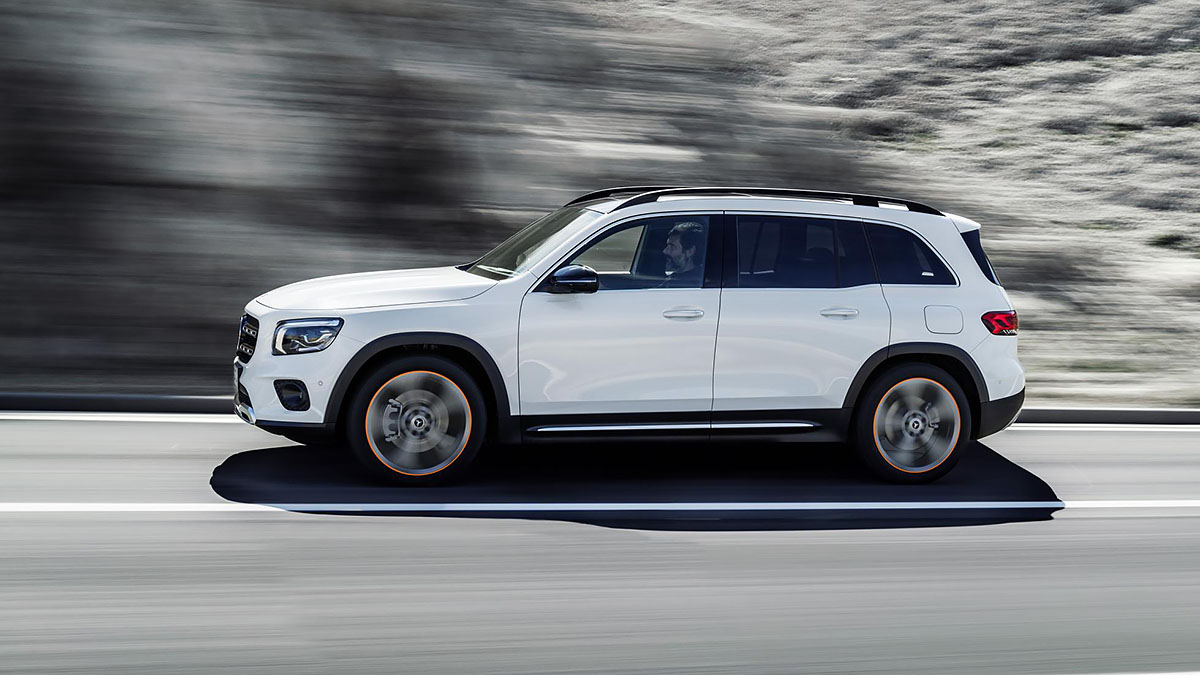 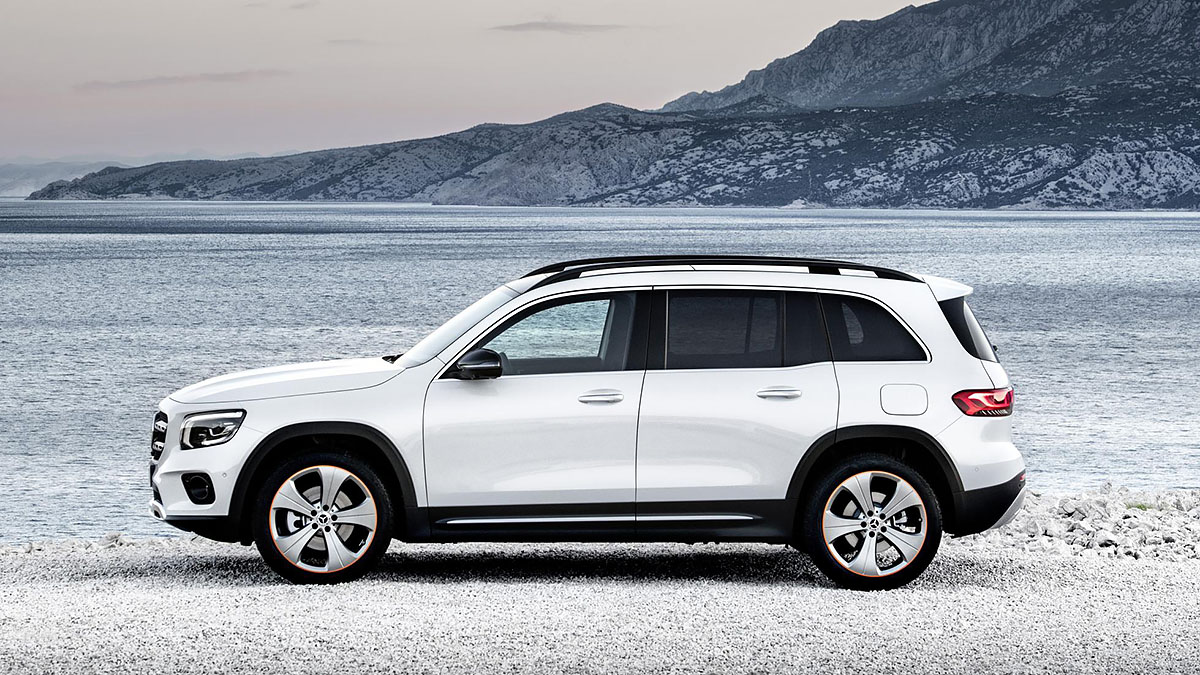 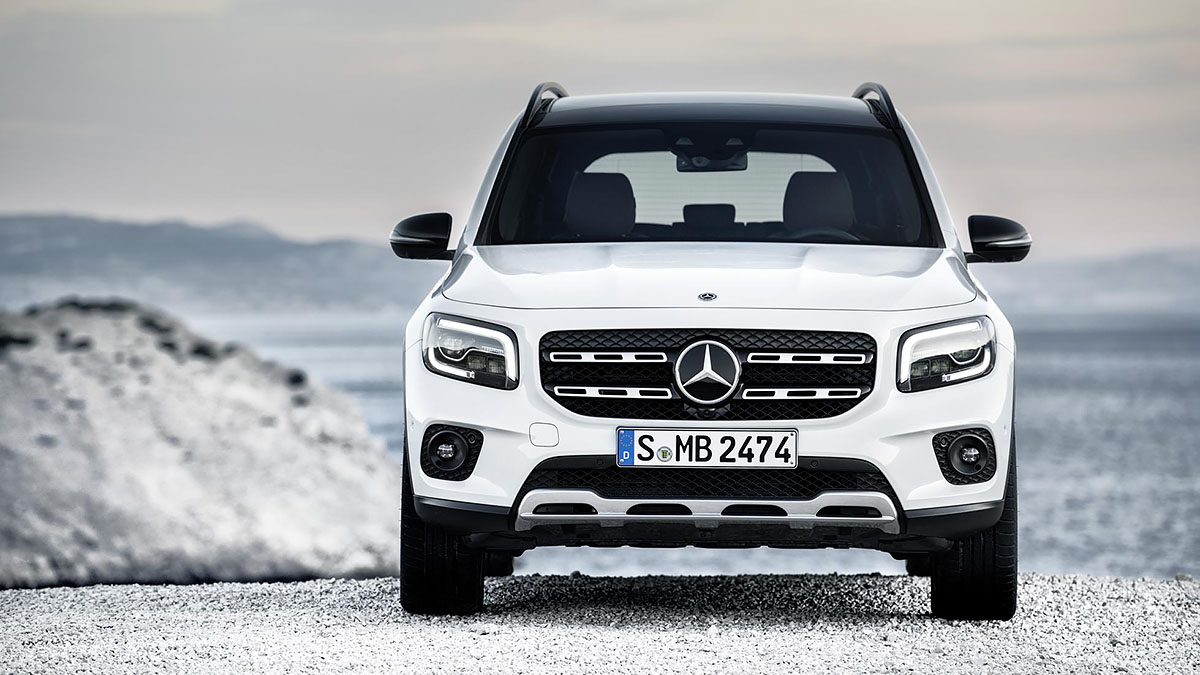 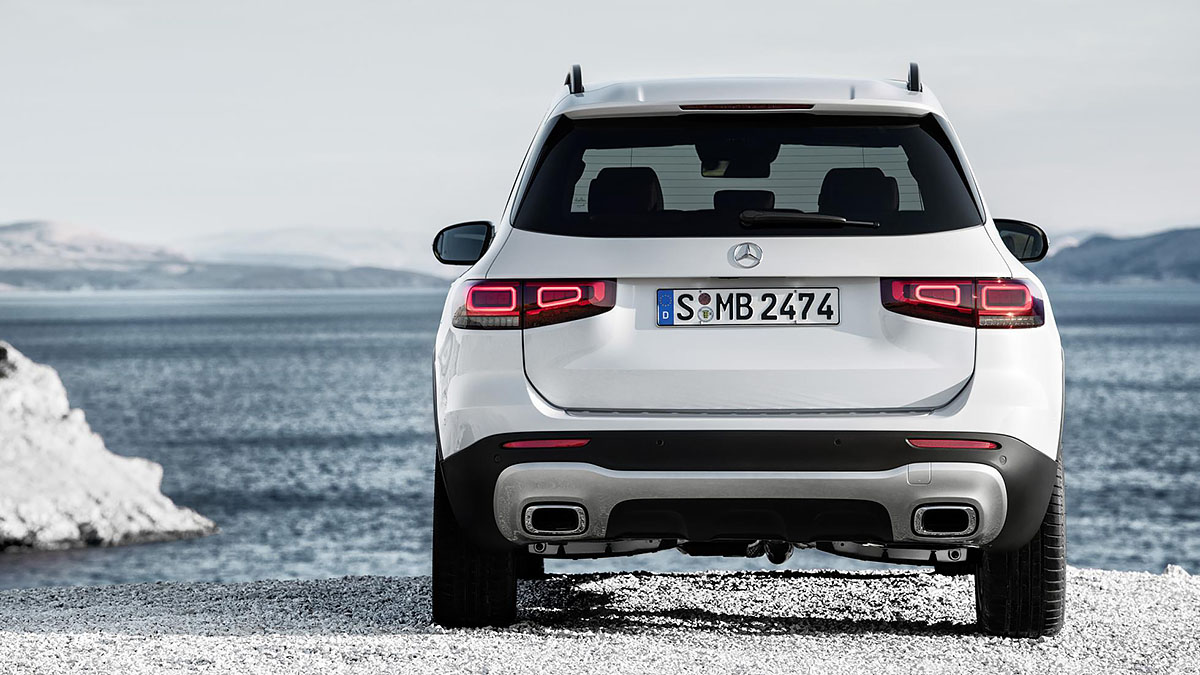 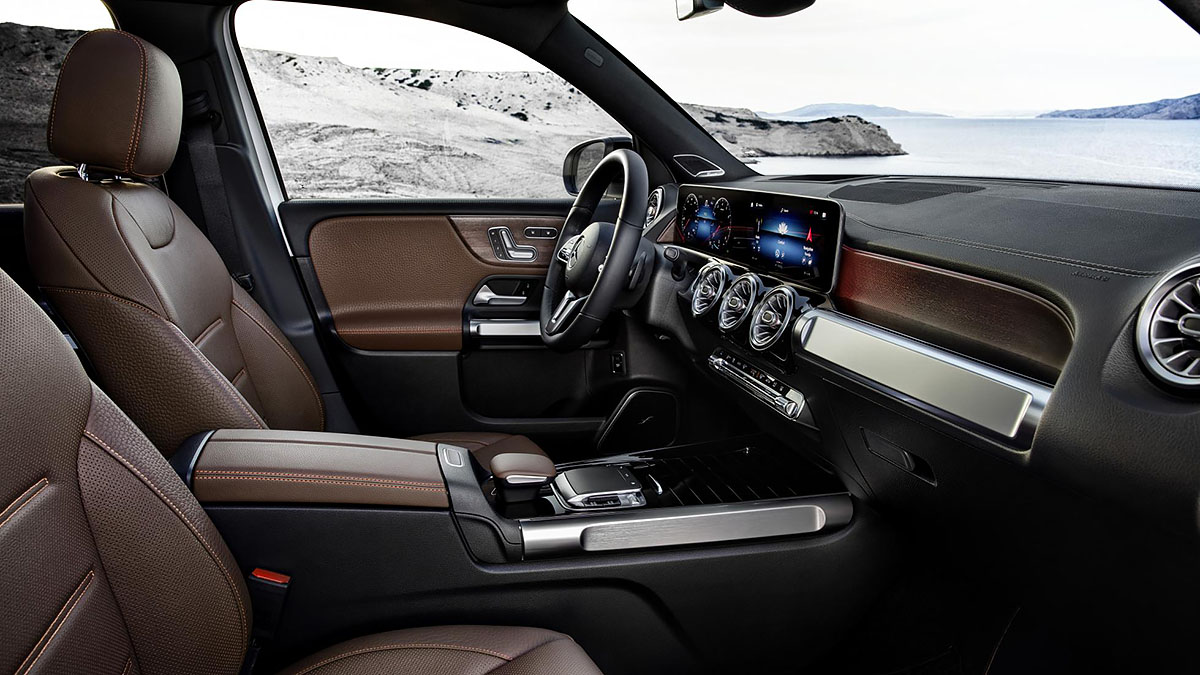 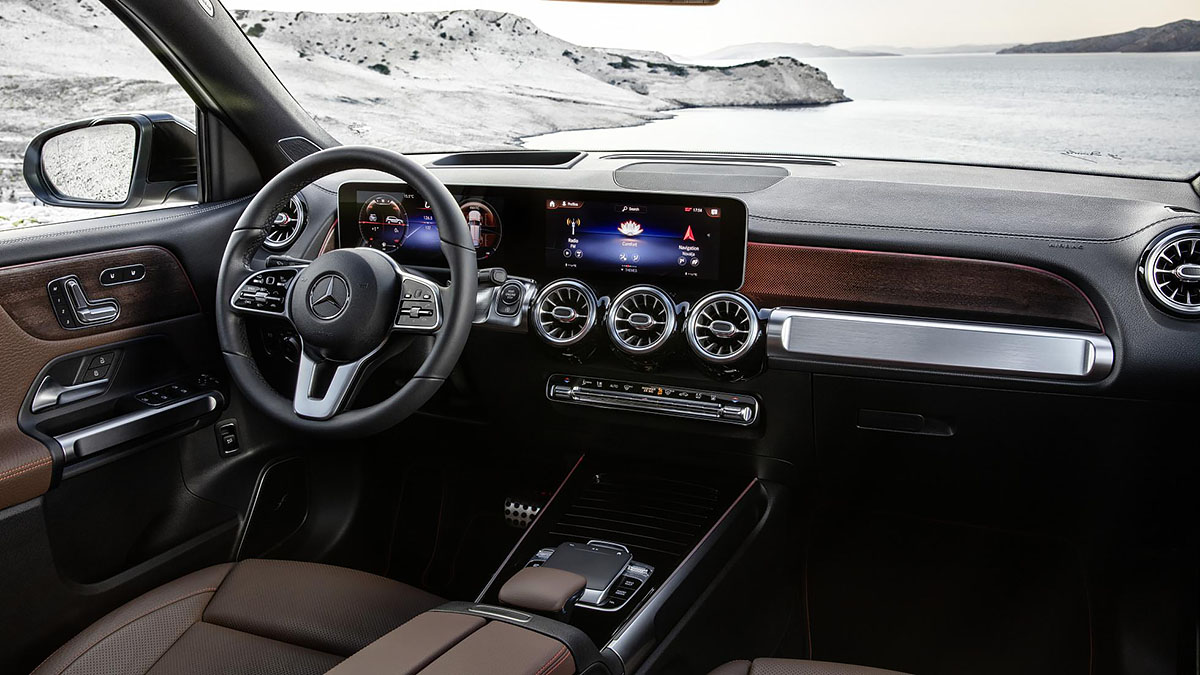 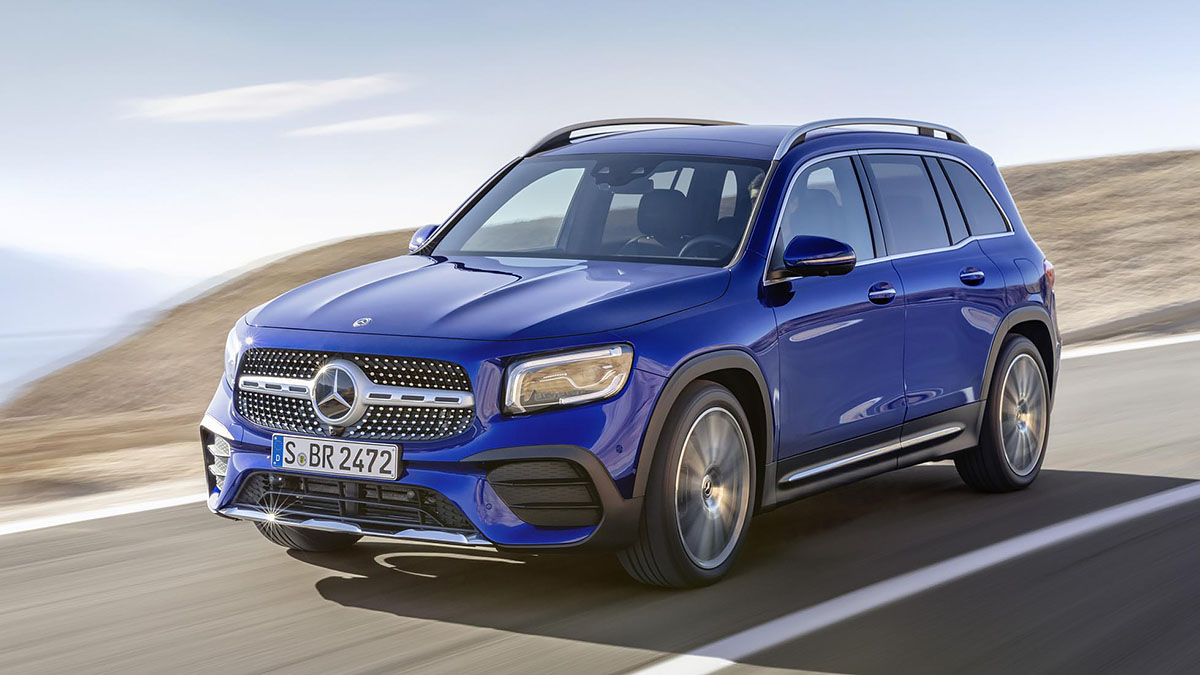 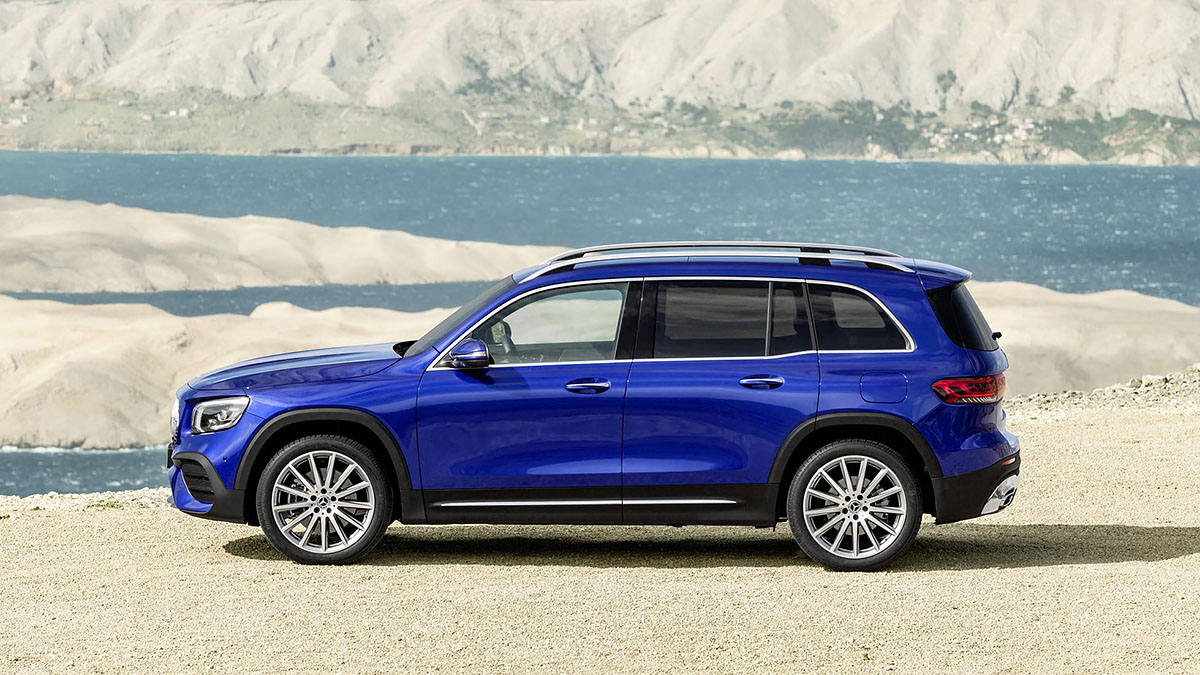 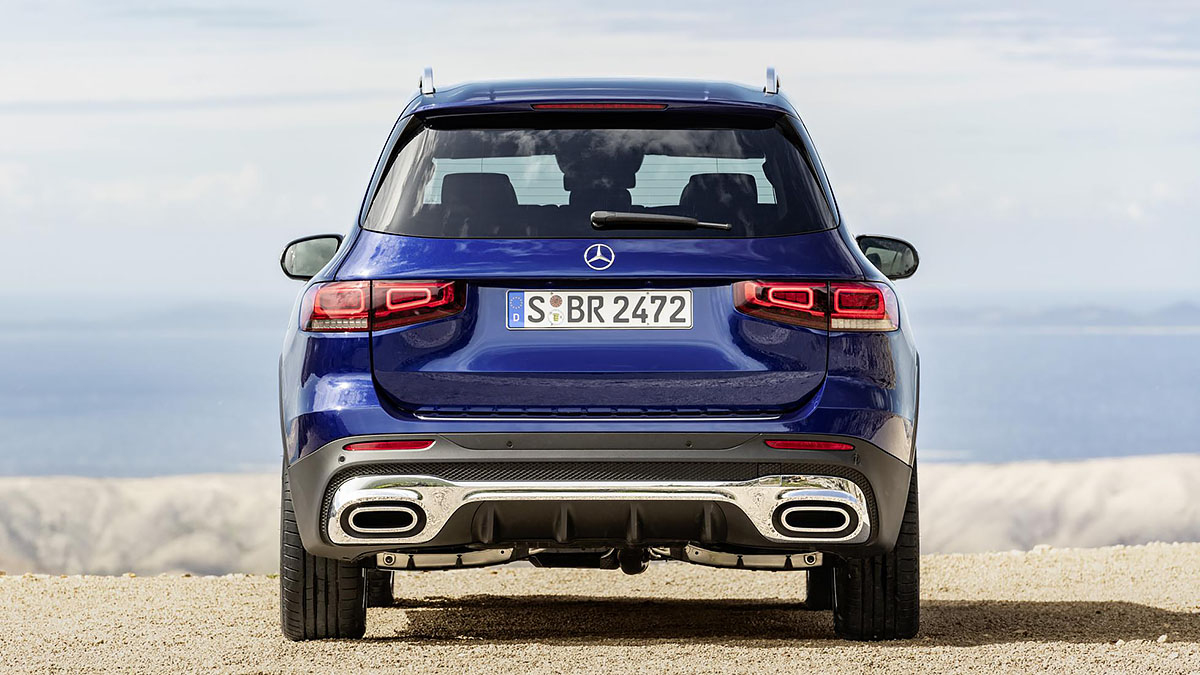 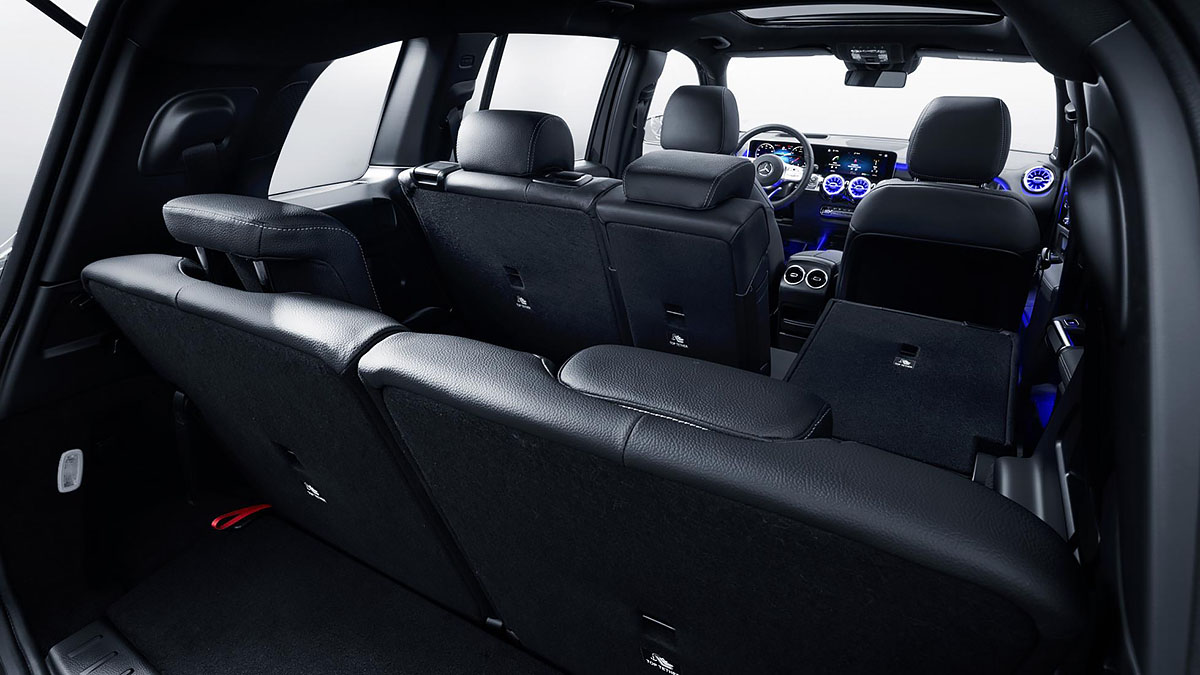