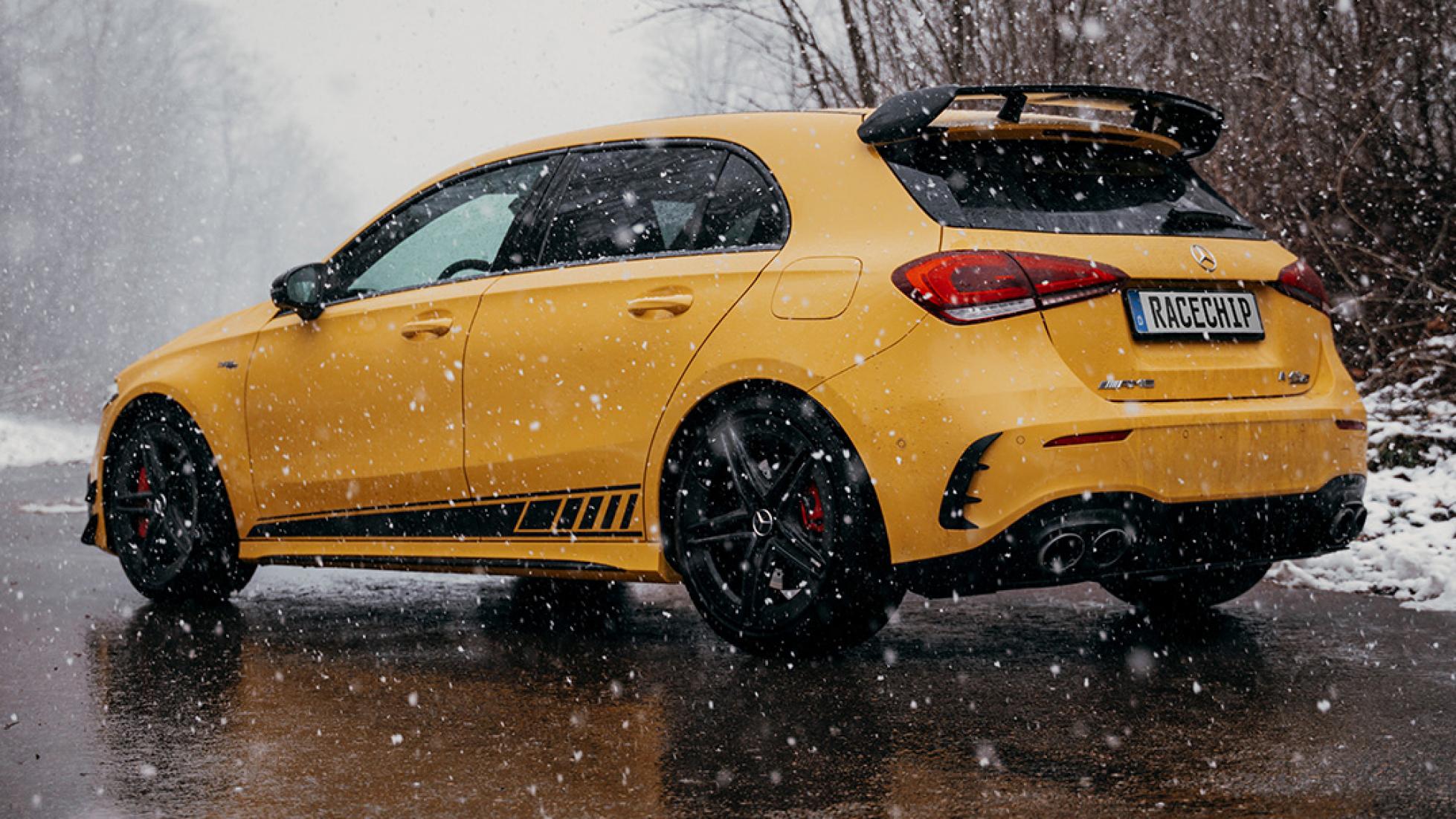 Ever think Mercedes was being a bit cautious when it only managed to get 415bhp from a turbocharged 2.0-litre four pot? Nope, us neither. The folks over at RaceChip clearly do though, because they’ve just announced an A45 S with 484bhp. Crikey.

Almost five hundred horsepower. In a hot hatch. There’s barely a spare inch in the A45’s engine bay, so the German tuner put all of its efforts into refining and optimising the software in the engine management system. Yep, it’s an extra 69bhp (and 41Nm of torque) from a re-map.

The new ECU will be available to Joe Public and apparently only takes between 35-40 minutes to install. You can even do it yourself if you’ve got a ramp at your disposal. Has there ever been an easier way to access ridiculous levels of power?

No price has been announced as of yet, but it should be a bargain given that you’ll end up with an AMG hatch that has the same amount of power as a Ferrari F430.

What do you think, Internet?