PSA: apparently the plural of Lotus is Lotus 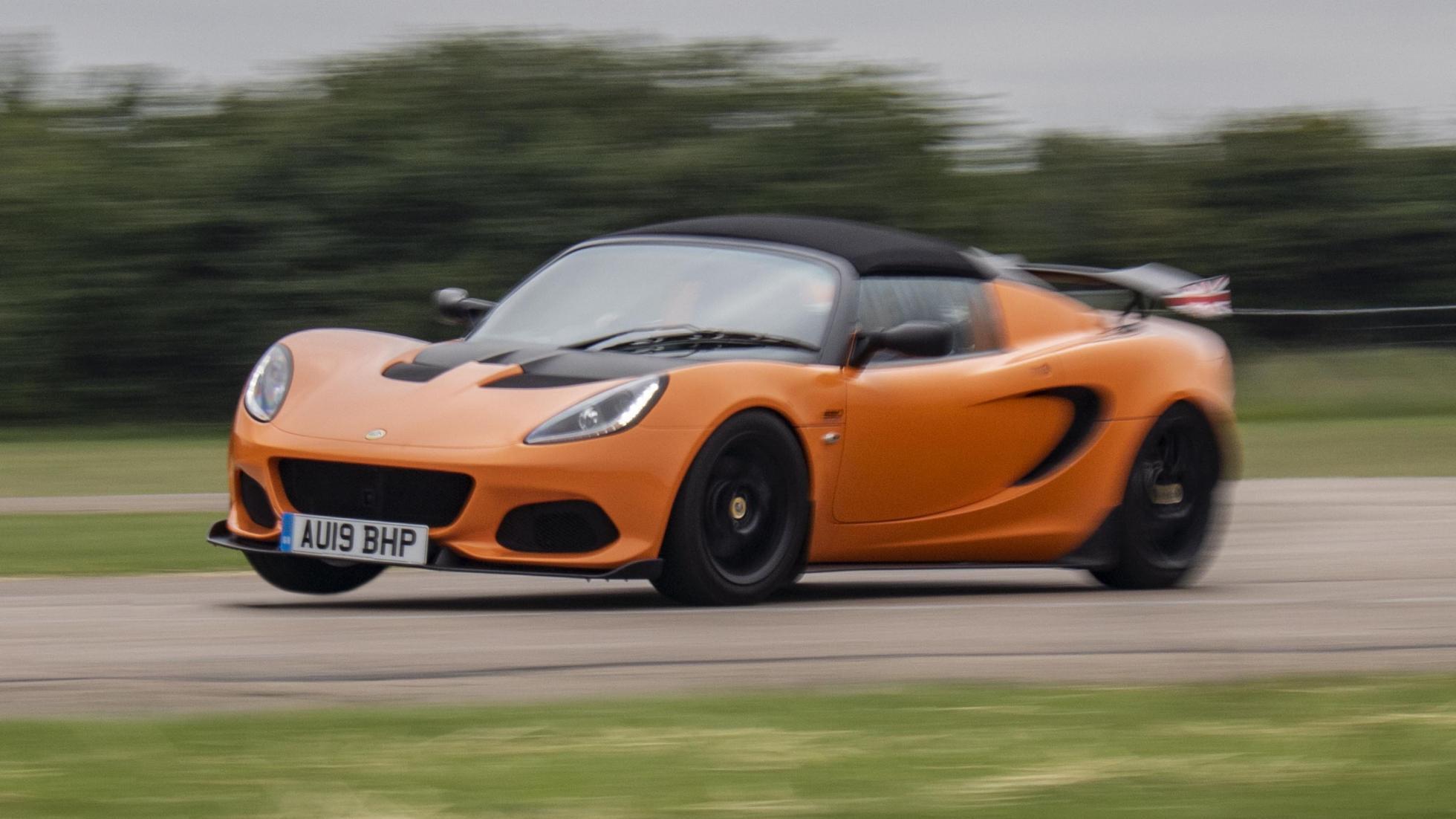 Lotus was a big deal in the Sixties – by 1968 it had three F1 Constructors’ Championships to its name, and the Elan and Europa were selling pretty well in the UK and elsewhere.

But, it seems, there was still a measure of confusion over its name. So much so it was FORCED to issue a press release, explaining in no uncertain terms that the plural of Lotus isn’t Lotuses or Loti. While both of those are technically correct, at least providing you’re talking about the flower, Lotus says the plural of Lotus CARS is in fact… Lotus. Just Lotus. As in “look at all those Lotus”. 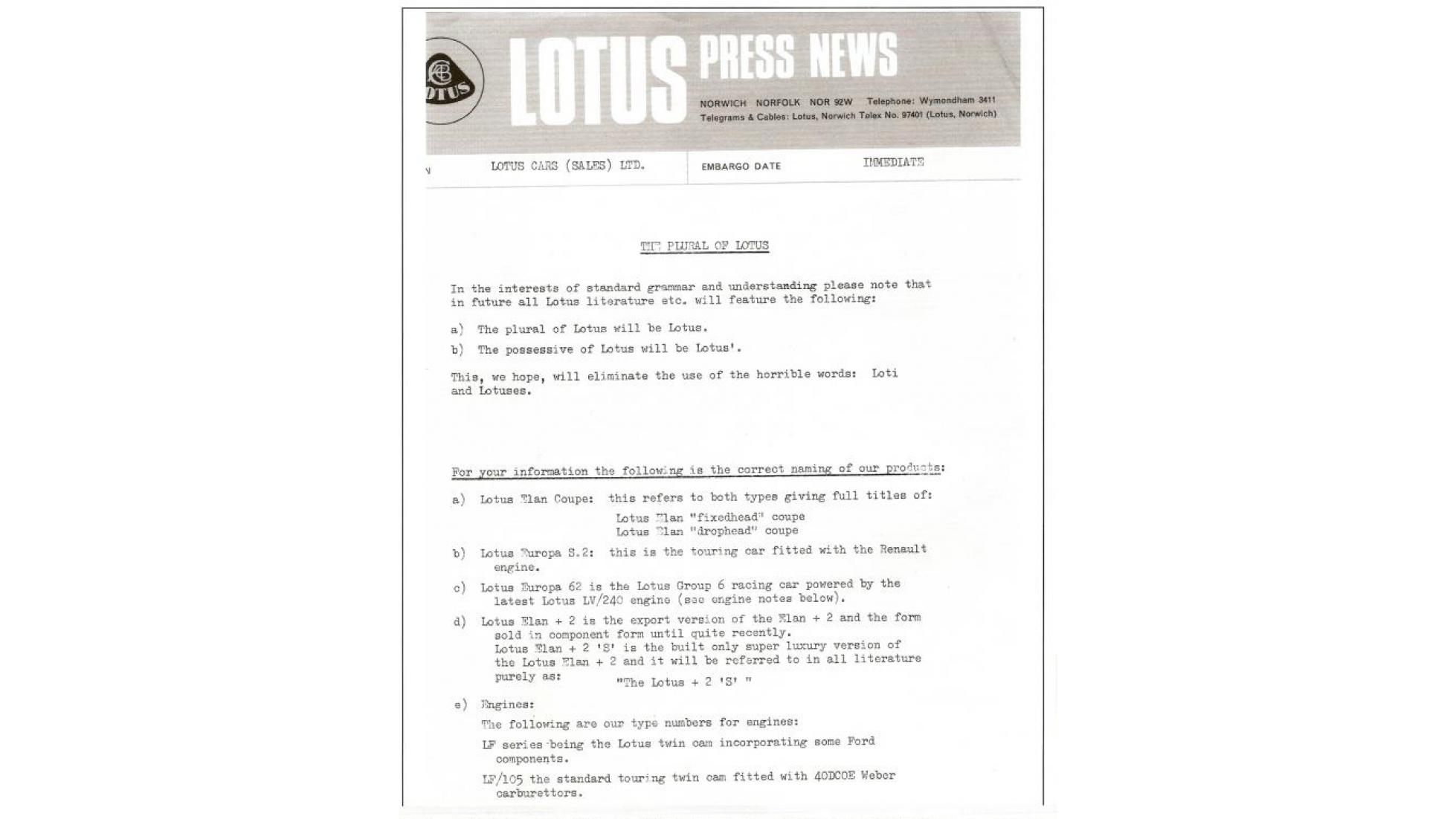 Sounds odd, doesn’t it? But if that’s what the grammar pedants in Norfolk want, that’s what they shall have, however wrong it may sound and actually be. The release, issued sometime in the Sixties and posted on the company’s Twitter account this week, says “this, we hope, will eliminate the use of the horrible words: Loti and Lotuses”. We can’t guarantee that.