Official: this is the brand new 395bhp Audi RS3 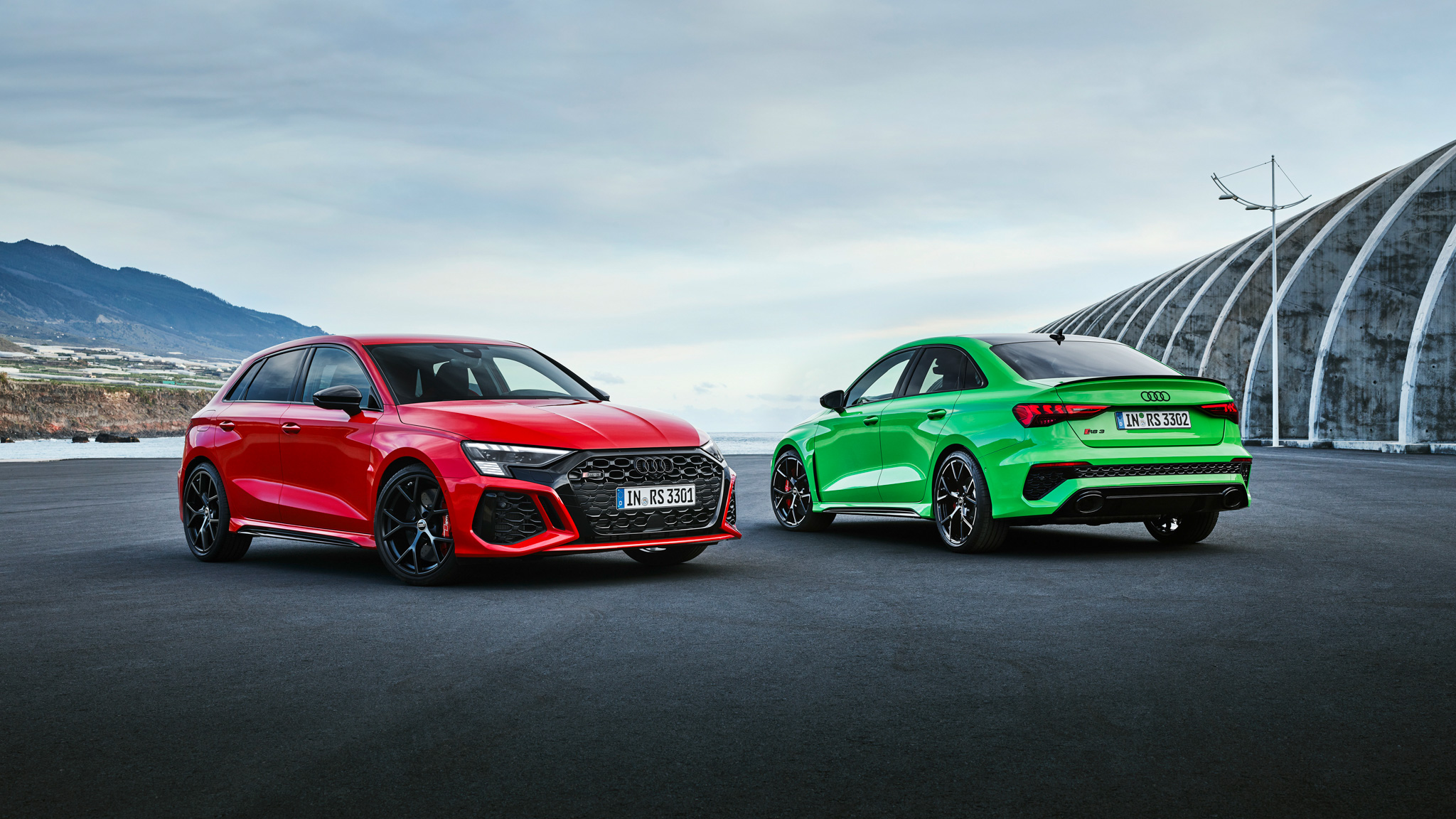 Prometheus was famed for stealing fire from the gods and giving it to humanity, but one look at the new, third-generation Audi RS3’s spec sheet suggests the big man might be a keen motoring enthusiast.

Because any family hatchback that can outgun a supercar suggests that the Titan god of fire(power) has stolen it from the motoring deities and given it to the rest of mankind. With launch control engaged, this new RS3 will do 0-100kph in 3.8 seconds.

Welcome then, to the third stanza in Audi’s ongoing love-affair with its multi-award-winning 2.5-litre five-cylinder engine, and the car that's wrapped around it. The new RS3 is now the only hot hatch to have more than four cylinders, and when at full song, all five kick out 395bhp and 500Nm of torque. The former exactly the same as before, the latter a mild increase. Still, it’s three-tenths quicker in that benchmark sprint than the outgoing RS3,

You still get a seven-speed dual-clutcher and four-wheel-drive. There’s a ‘Torque Splitter’ fitted as standard for the first time; a handy device that does away with the rear diff, and in its place adds an electronic multi-disc clutch on each drive shaft. Each wheel therefore gets the right amount of torque for any given situation, and one extremely fun one.

Yes, most importantly, it means the new RS3 will officially drift. Select the ‘RS Torque Rear’ mode – one of seven – and it transmits all the power to just one of the rear wheels. Another mode called ‘RS Performance’ hunkers everything down, minimising over- and under-steer for quicker track times. In short, it’s a little less serious this time out, but can still be… seriously fast.

New shocks are specific to this RS3 – part of the standard fit sports suspension that sits 10mm lower than both A3 and S3 – said to respond faster to the road conditions thanks to a new valve system. You can spec adaptive dampers as an option with the 'sport suspension plus' setup if you need more. There’s more wheel camber, an ‘RS-specific’ steering ratio, and a new ‘modular vehicle dynamics controller’. This latter unit gets fed data from the car’s lateral dynamic components and is said to ‘increase the vehicle’s agility’.

It’s not only lower, but wider too – 33mm up front, and 10mm at the back (for the hatch). Brakes? Massive. Six-piston, 375mm discs up front and 310mm discs on the back, both bigger and ‘more stable’ than the second-gen RS3. You can option even bigger front ceramics if you wish.

What’s also bigger than the second-gen RS3 is that face, which in Audi parlance is referred to as ‘expressive’. You might have your own words for it, but there’s no mistaking those enormous air intakes sitting astride that ‘Singleframe’ grille. LED headlights are standard-fit, and a new addition is the air outlet behind the front wheel arches. Sweep around the side, past those new sills, the 19in alloys, and you’ll end up staring at a set of twin pipes and a new rear bumper.

Some Real Buttons exist inside, praise be, the exceptions in an otherwise digital cockpit comprising of a 12.3in driver display and 10.1in central display cocooned inside a sea of carbon fibre. Naturally, the seats and steering wheel are specific to this RS3, and look about what you’d expect from a near-400bhp hot hatch that’ll match an AMG GT S from the last decade. What was that lesson we should have learned from Prometheus about unintended consequences... 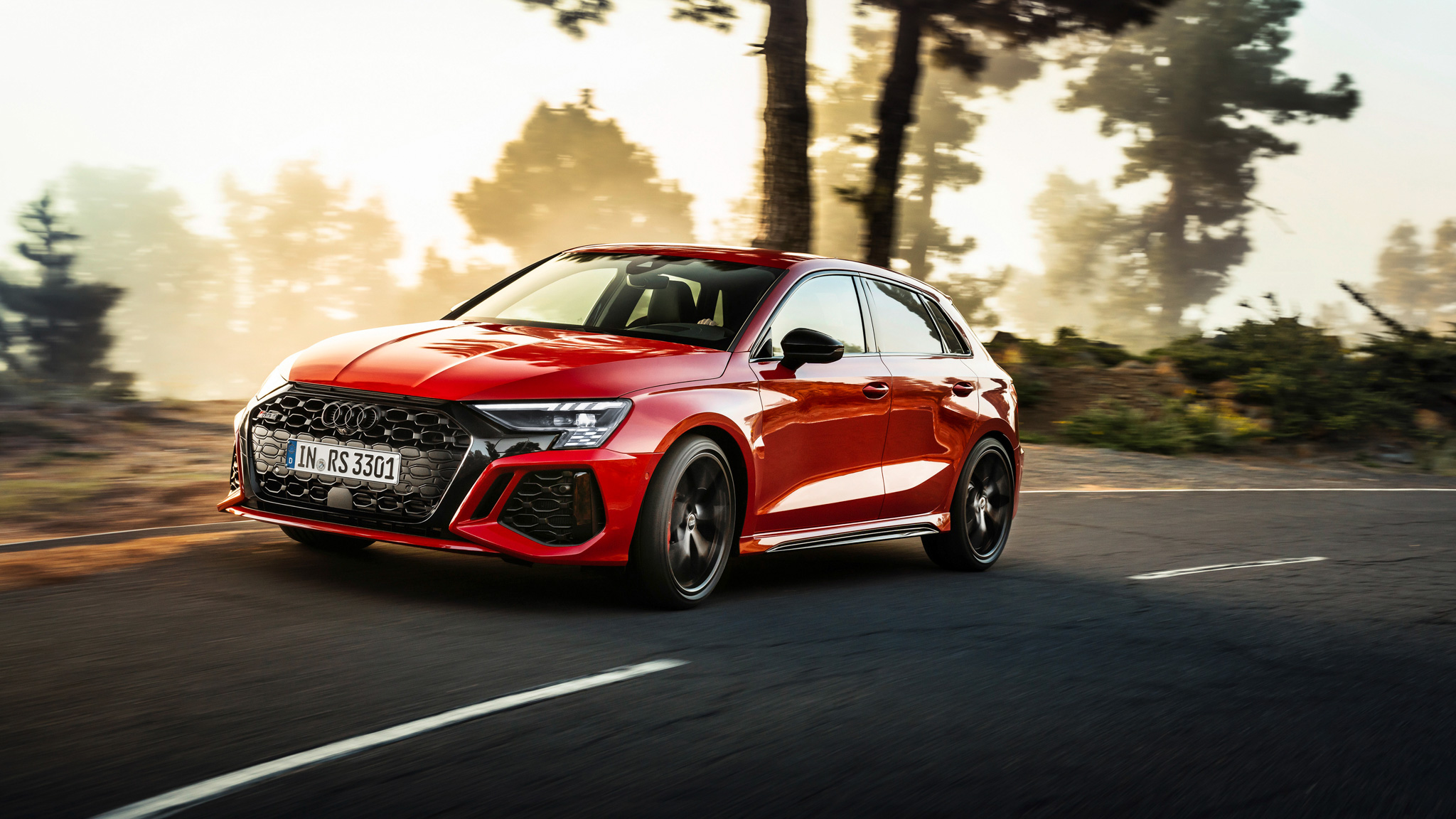 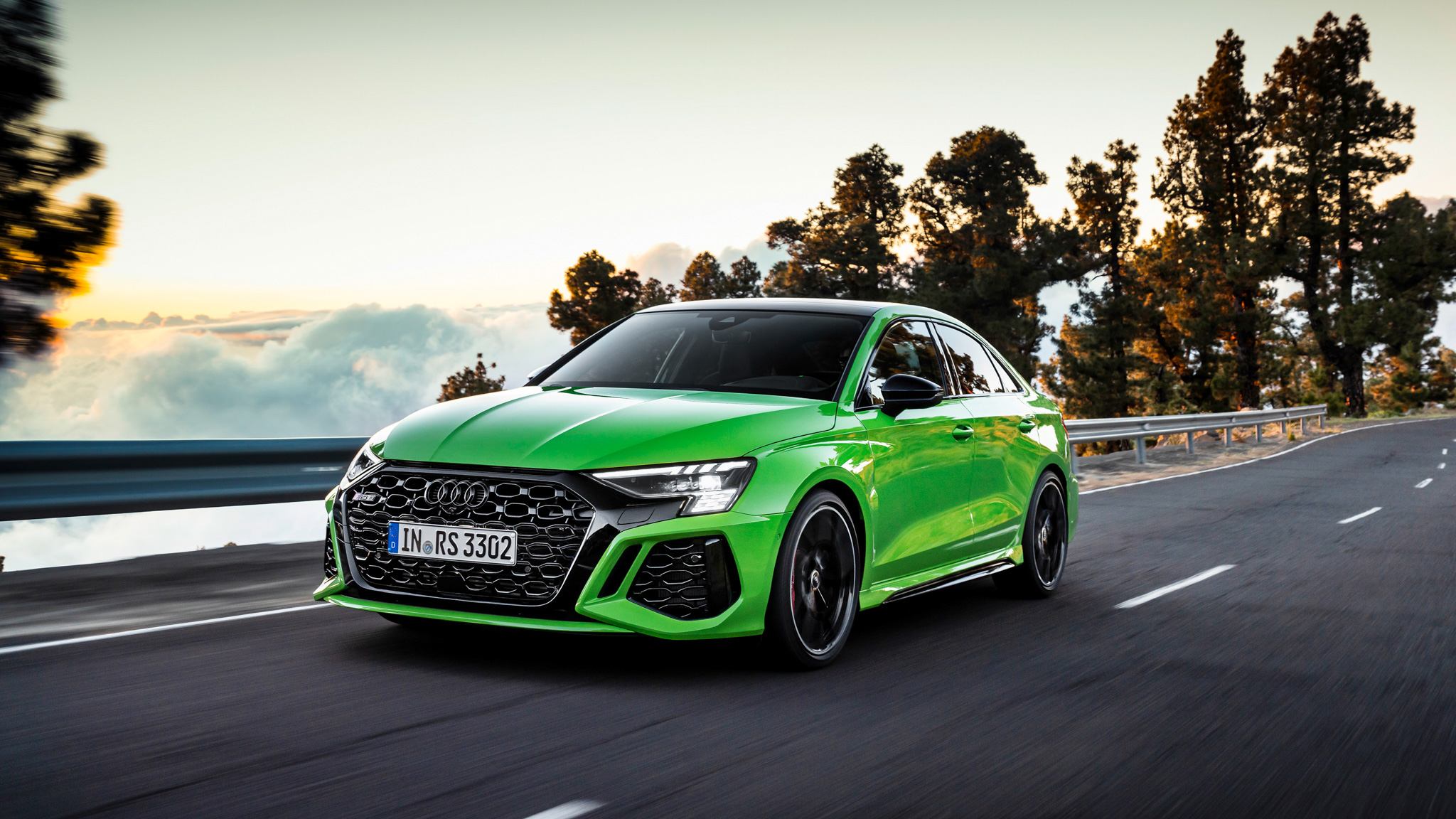 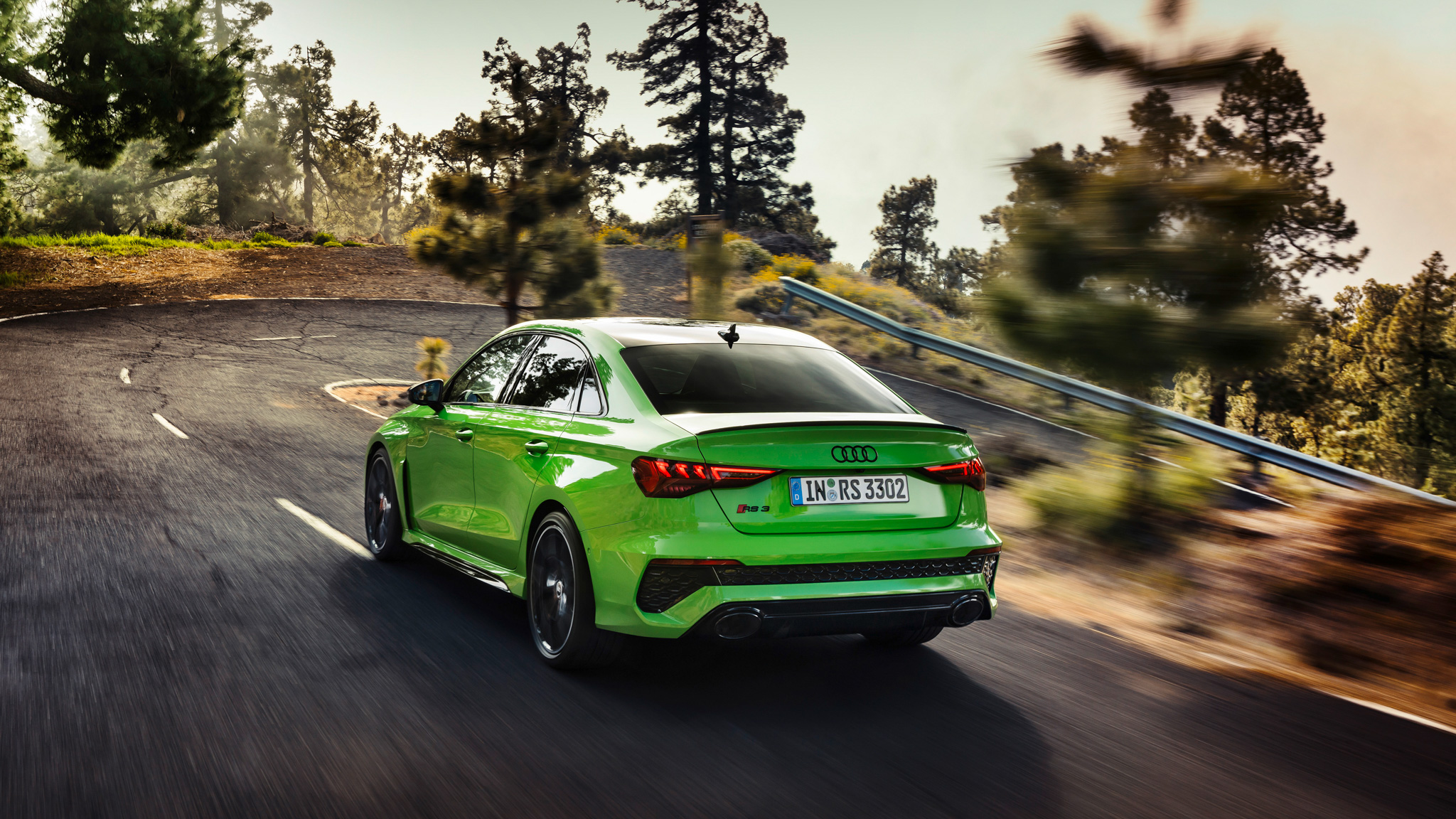 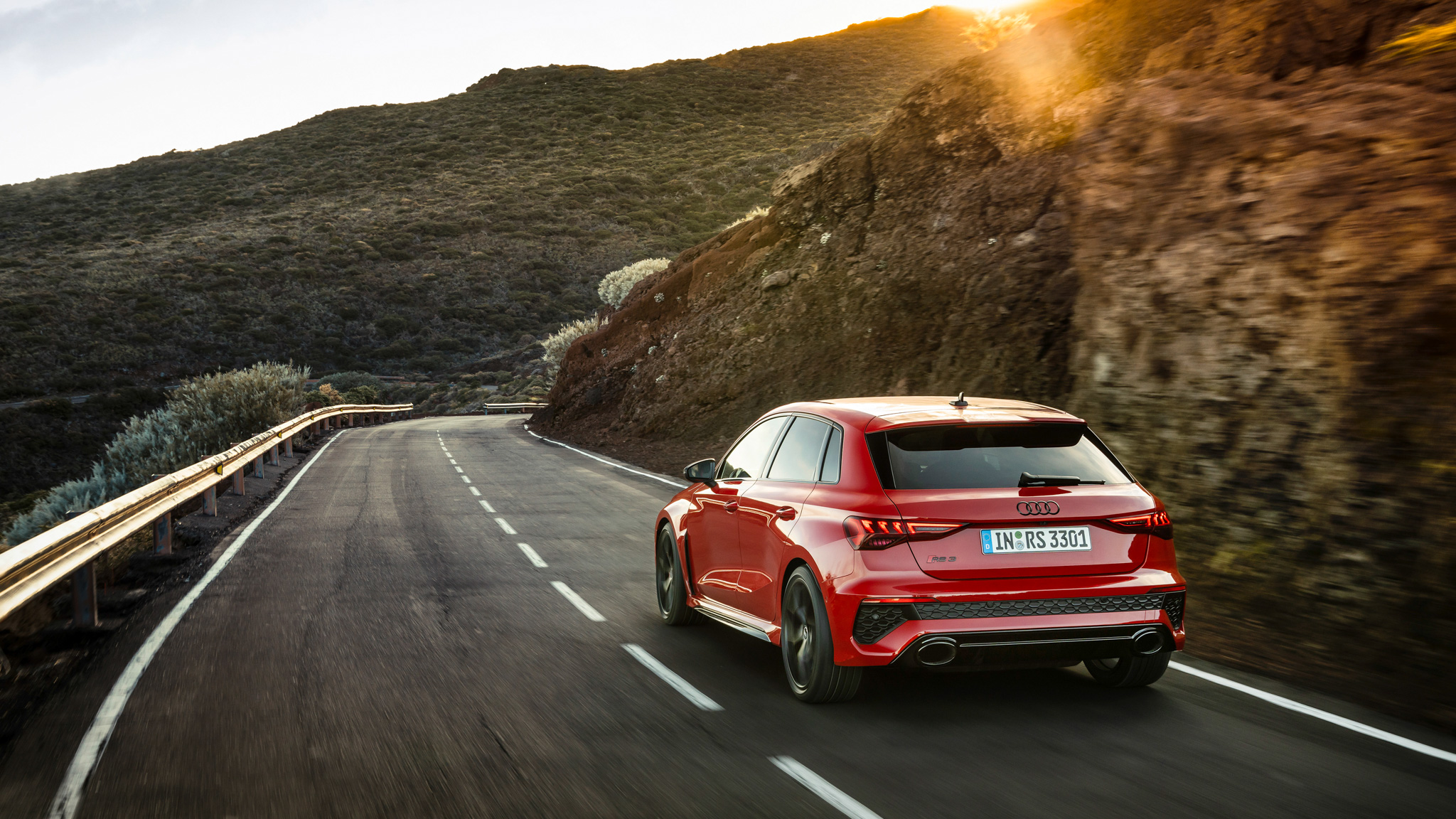 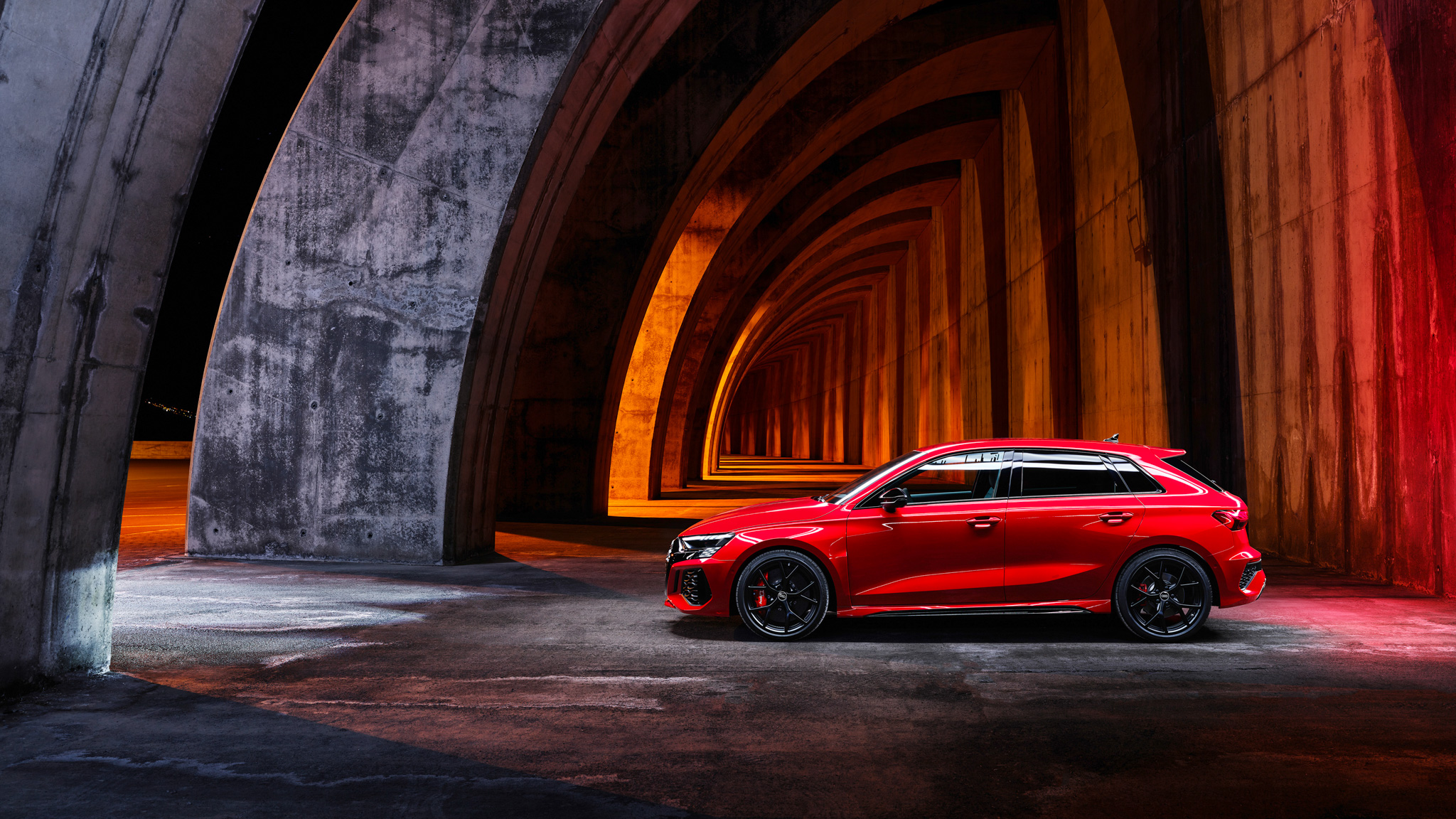 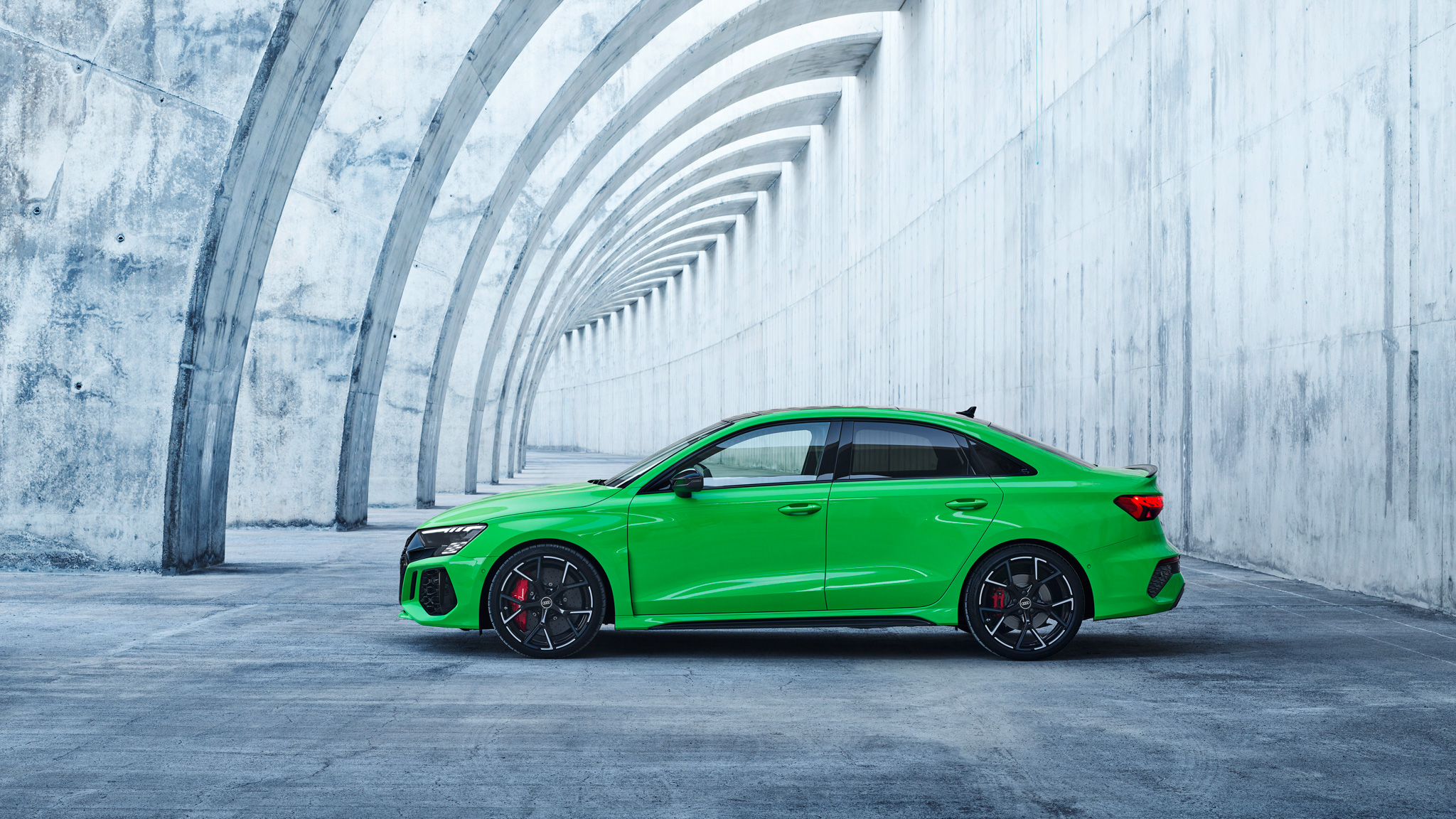