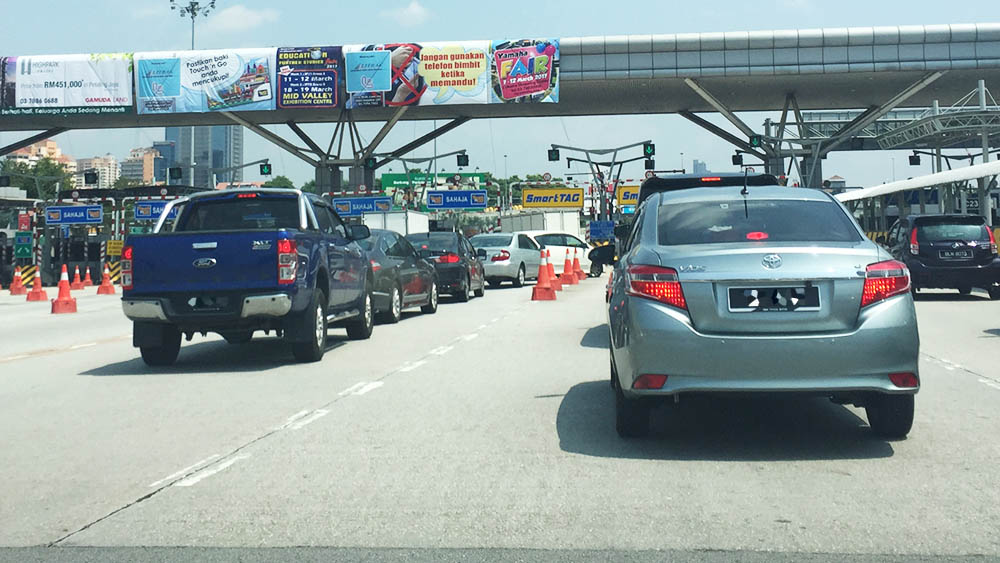 It could be a crime to evade highway tolls in the future if a new law is introduced under the Penal Code as planned.

A new law may be introduced to penalise toll evaders using the multi-lane free flow (MLFF) lanes on highways and expressways in 2025.

The proposed move is introduced due to concerns by highway concessionaires over the probability of increased unpaid toll when the system is introduced.

Works minister Fadillah Yusof told Free Malaysia Today that his ministry is proposing a new criminal law against those who attempt to evade paying toll. “We are looking into the provision of the law that includes a penal code, and whether toll evasion can be considered a criminal offence since there is no lane barrier under MLFF,” he told the publication.

He said a new penal code and proposed amendments to relevant laws, including the Road Transport Act 1987, would be finalised soon.

“To have an effective vehicle tracking and driver’s record system, you have to connect with the road transport department (JPJ) database. The relevant law needs to be looked at. There may be a need for a (new) special law, or maybe, the current law needs to be amended,” he explained.
Asked whether the amendments would be tabled in Parliament only by the works ministry, he said: “Not just one ministry. It has to be done by several other related ministries and agencies.”

However, the senior minister would not say whether a jail sentence would be included in the proposed penal code.