Mountune has given the Ford Focus RS 513bhp 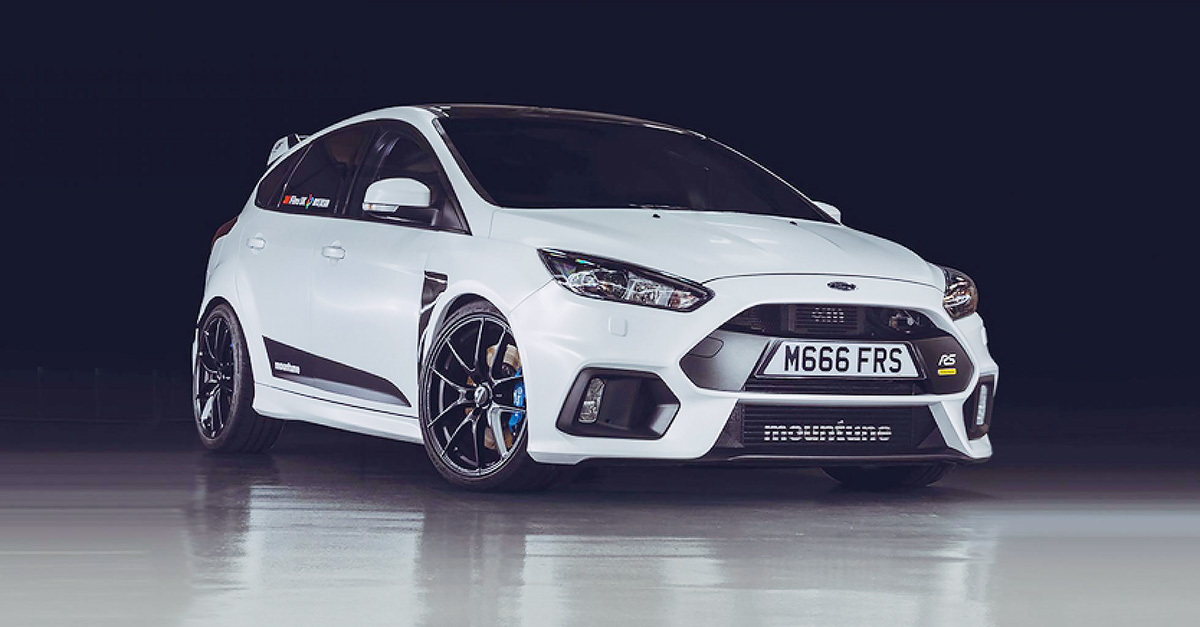 Belief, meet suspension. Mountune, long-time purveyor of modified Fords, has revealed its latest kits for the most recent Focus RS. There are two. One, we suspect, will be more interesting than the other.

But we’ll build up to it. The first is called the m450 pack, and to qualify for this pack you already have to be running the m400R or m400X pack (400bhp) unveiled earlier this year. This new one switches the turbo fitted to the 2.3-litre four-cylinder in the factory for a Mountune-configured BorgWarner EFR-6758. Yes, it is essential to detail the turbo codes because this is nerdy goodness.

The pack also comes with a cast turbo adapter, a high-flow sports cat and downpipe, a turbo gasket set, some stainless steel hoses and clamps, and other bits. All in, m450 kicks up the power to 450PS (aka 444bhp) and 580Nm of torque. That’s decent enough.

Yet more decent is the new range-topping kit, called m520. It takes no great powers of deduction to conclude that this boosts the Ford Focus RS – a five-door hatchback, remember – to 520PS, or 513bhp. The factory turbo gets binned in favour of a BorgWarner EFR-7163 - See? The code is higher than m450 and thus BETTER - and there’s also an uprated fuel pump, revised and uprated cams, and a wee tweak to the ECU.

Over five hundred horsepower. In a Ford Focus. Not only that, torque gets boosted way beyond what could be deemed sane in a family hatch – 700Nm of it.

“Both upgrades deliver exceptional levels of power and torque,” explains Alec Pell-Johnson, Mountune performance boss, “turning the RS into something quite remarkable.”