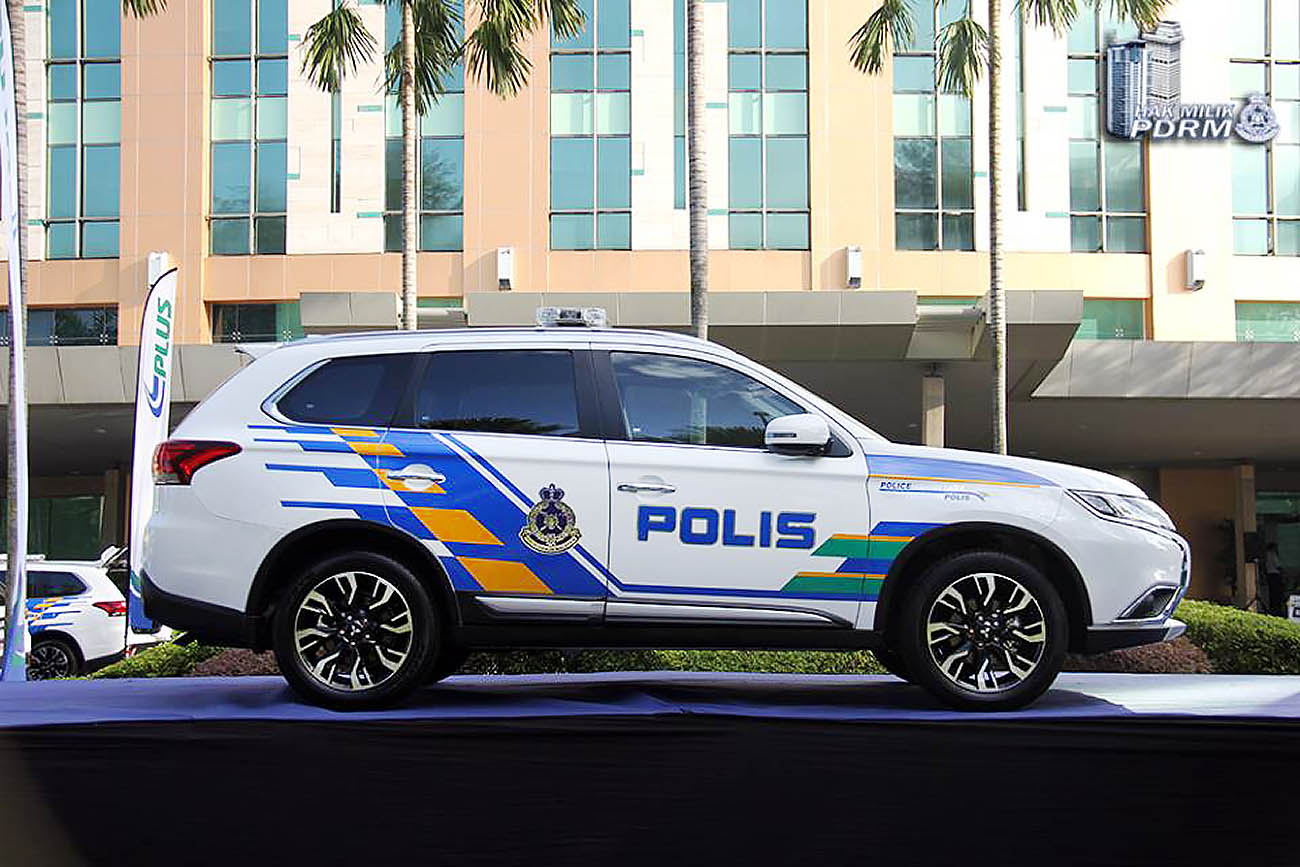 They’ve done it again. A total of 15 Mitsubishi vehicles have joined the Royal Malaysian Police fleet to help them catch law breakers. But unlike the previous much-publicised Mitsubishi Lancer Evolution X, this time it is the less exciting Outlander 2.4-litre SUV. And all 15 units were contributed by PLUS Highway and to be used as Expressway Mobile Patrol Vehicles (EMPV).

They will be called ‘Police Highway Eagle’ which is a shame because the BM-translated ‘Helang Lebuhraya’ for the old Evo Xs sounded way cooler. The Outlander will be used to enforce traffic laws, especially during festive seasons, according to IGP Tan Sri Mohamad Fuzi Harun.

(Anih Berhad manages the KL-Karak highway, phase 1 of the East Coast Expressway, and the KL-Seremban Expressway)