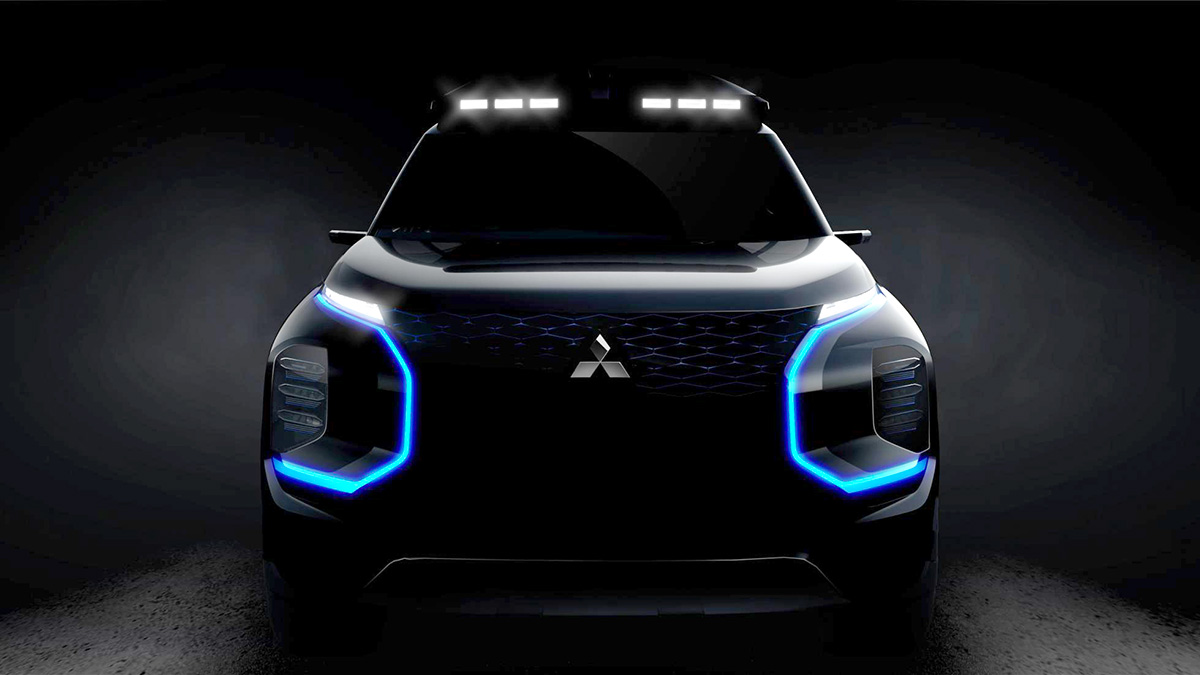 Mitsubishi has teased its latest concept ahead of a grand unveiling at Geneva and, despite the limited details that have been shared, we already know the most important fact about the car.

They’ve called it Engelberg, how cute! Okay its full name is the Engelberg Tourer Concept and it’s named after the Swiss ski resort, but we’d prefer to think of it as a wise old grandpa.

From the only photo we’ve had so far, the styling doesn’t look quite as cute - although that’s no bad thing of course.

We can tell that it’s a chunky SUV with some distinctly concepty bits – mega arches and wing-mirror cameras to name just two – but it could look great if it goes all out on the utilitarian cues. Those roof-mounted spotlights are ultra-cool and the big front skid plate would hint at some off-road ability.

Given the success of the Outlander PHEV, it’s no surprise that Mitsubishi are trying to cash-in on the electric SUV trend, although it’s currently unclear as to whether this will also be a plug-in hybrid or if it’ll go fully electric.

We’ll have to wait until 5 March to find that out, when more technical details will be announced and we’ll meet Engelberg in the flesh.