Mercedes has chopped the tail off the GLE

The Frankfurt motor show is just around the corner, so German manufacturers are furiously ironing silk car covers to cloak their new cars before whipping them straight off again. But Mercedes has decided to skip that element of surprise and show us the new GLE Coupe. So here you go.

As you can see, it’s exactly what you’d expect from a chopped-tail GLE. And although it may look like the designer simply sneezed while running a butter knife through a GLE clay model, there are actually some pretty major proportional changes, with an extra 20mm of wheelbase compared with the last generation. But it remains 60mm shorter than the regular GLE – making this more helmsmithy. Well, that’s what Mercedes says. It also gives the coupe a more aggressive look, especially if you go for the new Mercedes-AMG GLE 53 Coupe.

That’s the sub-63, softer offering form AMG and the only petrol variant at launch. It’s a lightly electrified 3.0-litre, twin-turbo six-cylinder (lined up together, not in a V) with 429bhp and 521Nm of torque. 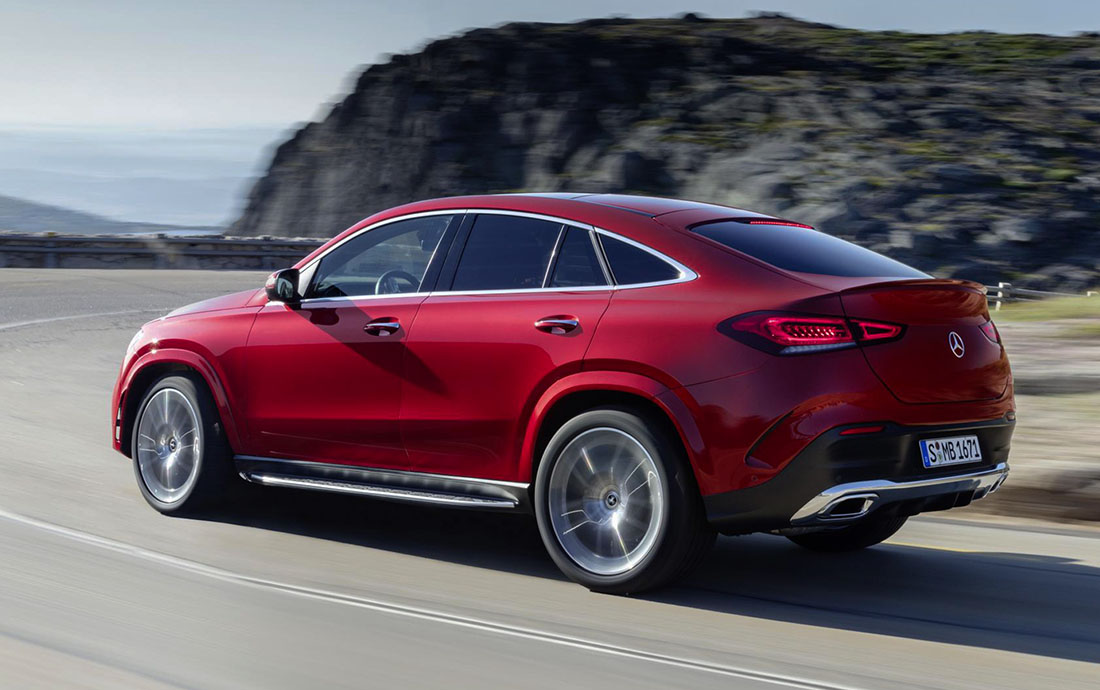 However, this is also supplemented by some ‘leccy goodness, as an electrified ‘EQ Boost’ system is able to add an additional 20bhp and, more notably, 249Nm. Which is a near 50 per cent boost in torque compared to petrol power alone. All this is split over the four wheels, so when you gun it you’ll go from zero to 100kph in 5.3 seconds and then onto a limited top speed of 250kph.

All the Coupes benefit from improved aerodynamics to slash the wind resistance by nine per cent compared to the last generation. Because everyone who is in the market for a big, pugnacious sporty hunchback SUV cares about aero. Steel springs are standard (set to a sportier tune as who, honestly, is going to take this off-road?) but air is available as is Merc’s voodoo body control system. There’s also a flood of driving modes.

The cabin and infotainment is very much the norm for recent Mercedes. It’s the same system that debuted in the A-Class last year, displayed widescreen on two 12.3-inch displays inlaid into the dashboard. It’s great once you get the hang of it and is one of the best-looking and most configurable cabins on the market. What does mark it out compared to its siblings are the two protruding grab handles located down by the transmission tunnel. Which will give your passengers something to hold on to while you’re exploring that new aero profile… 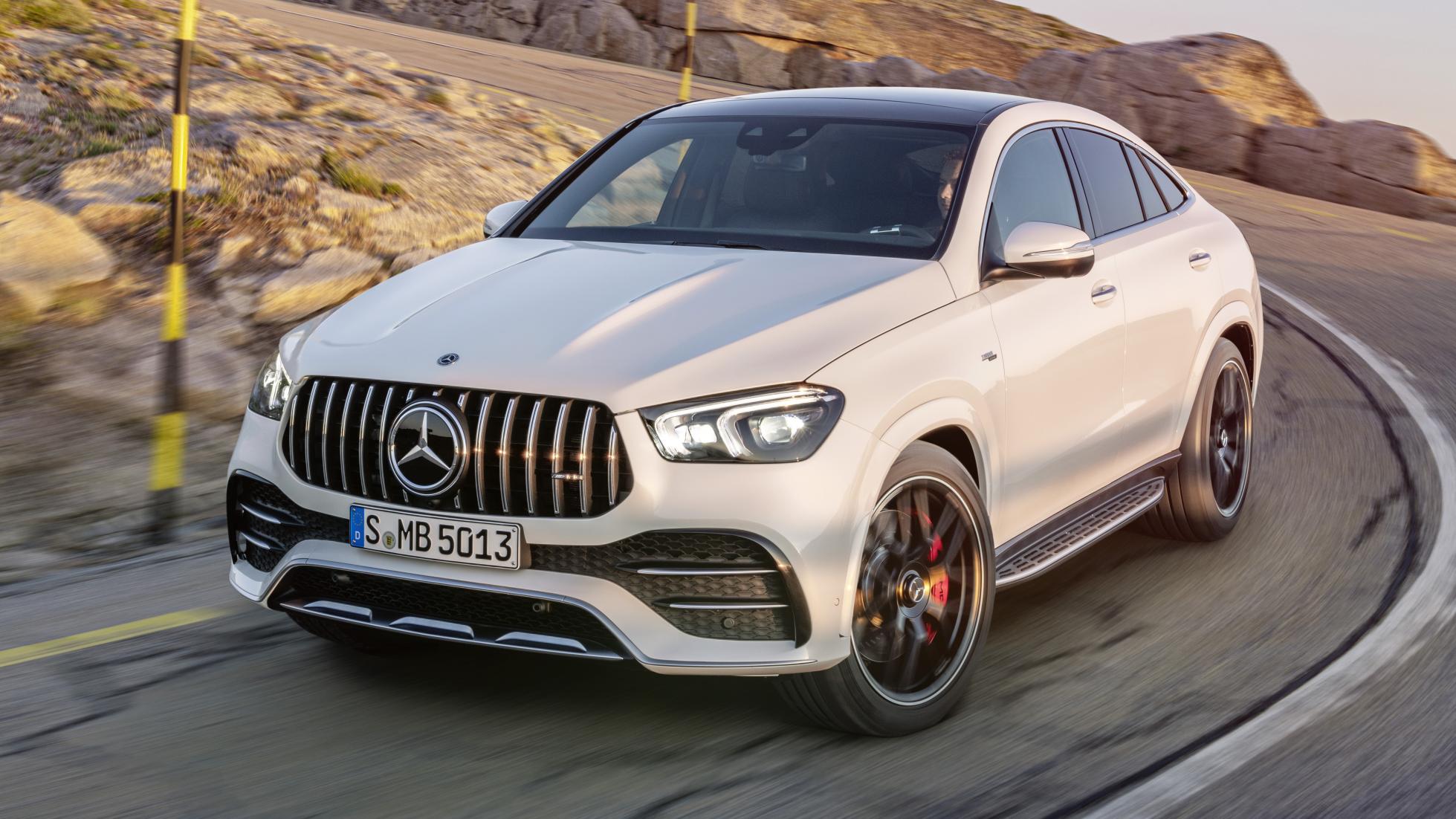 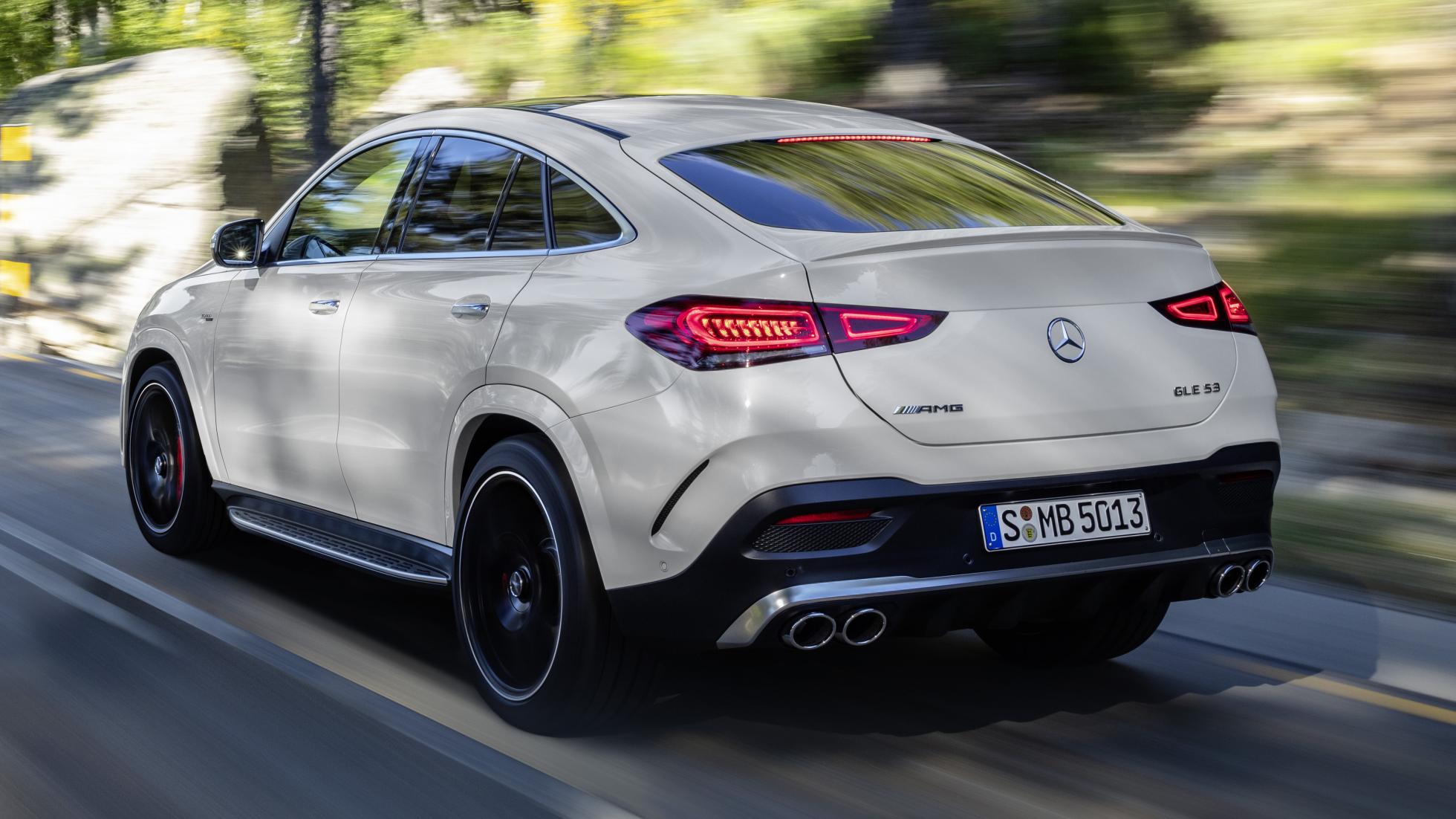 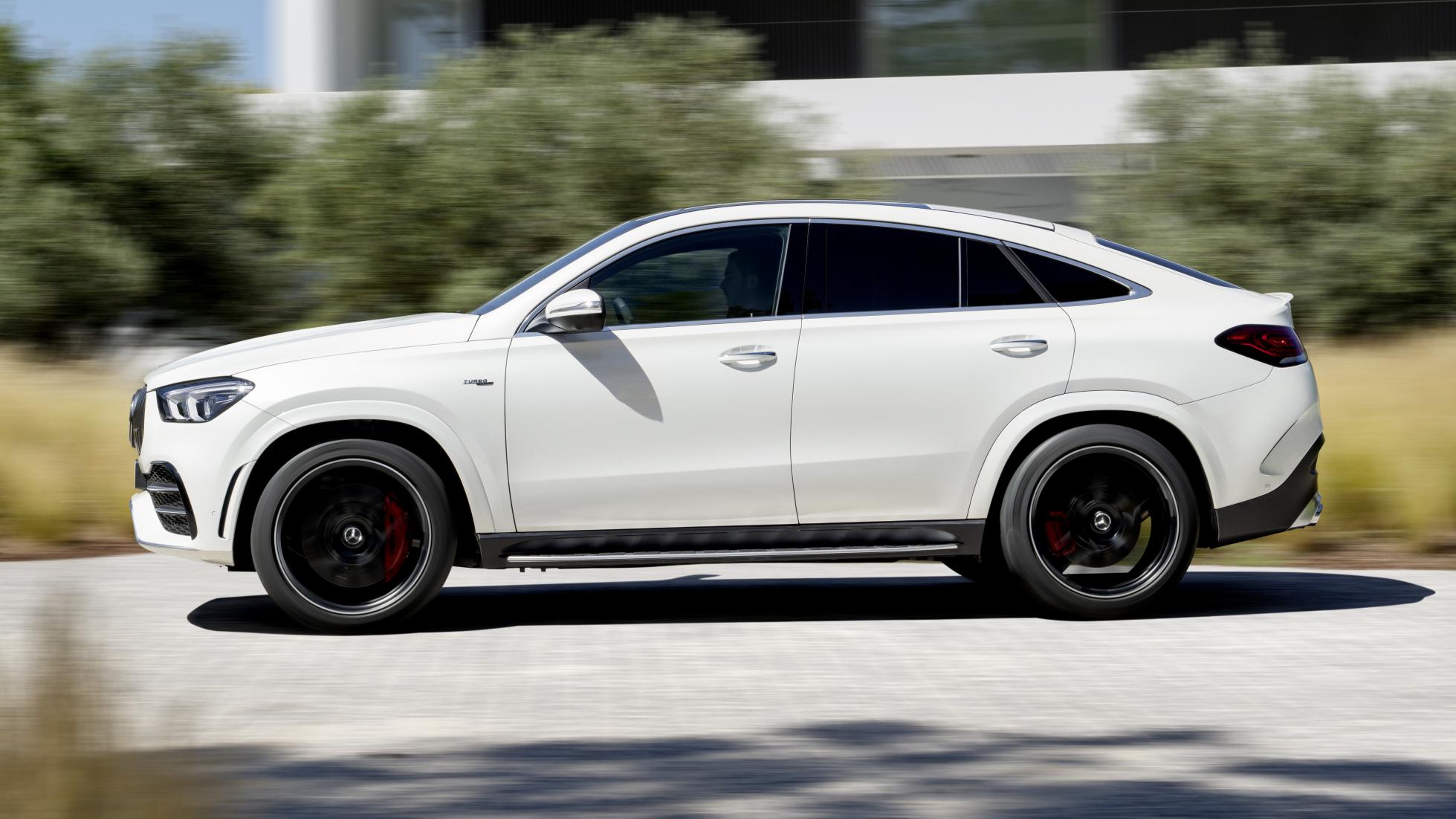 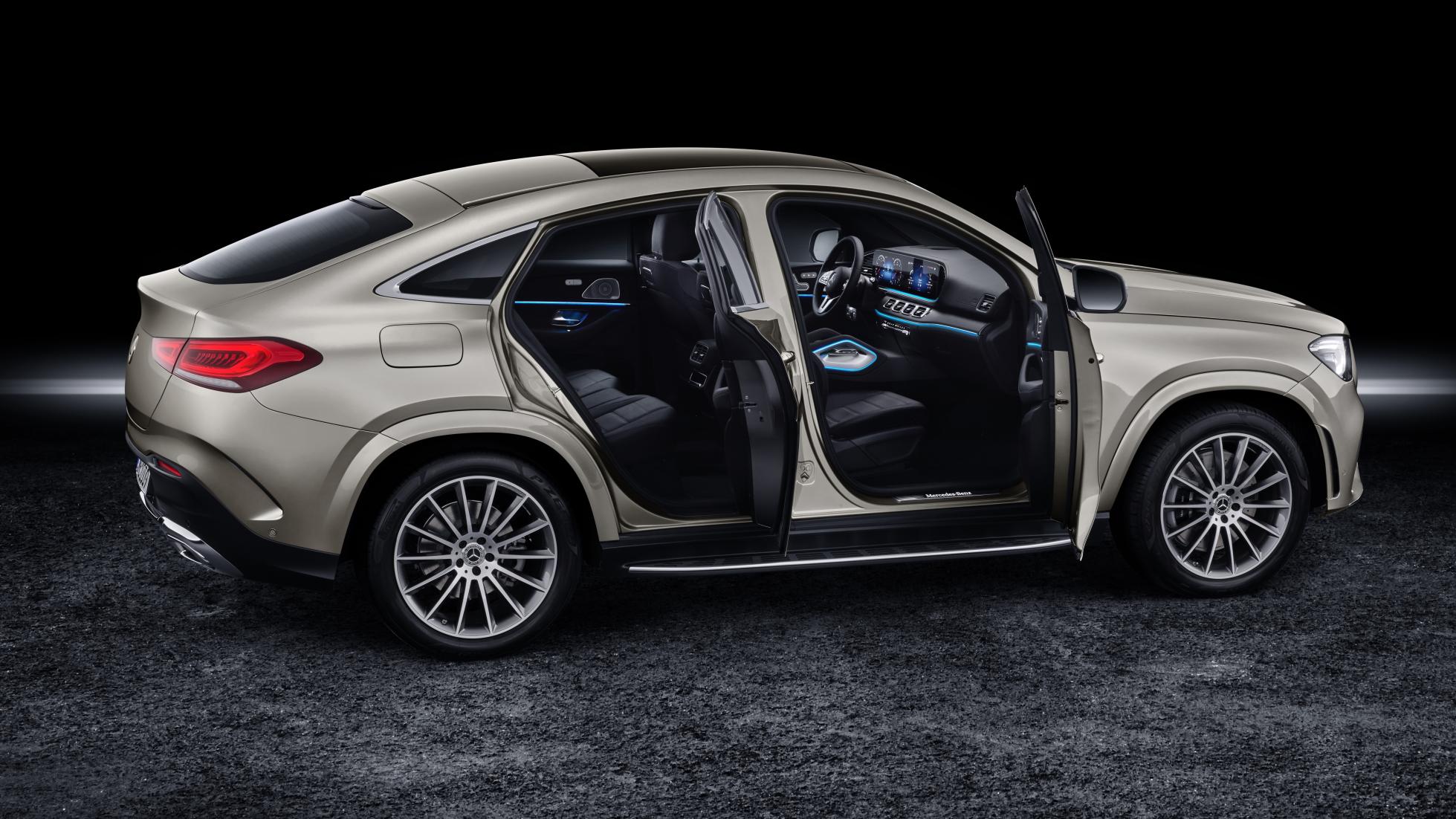 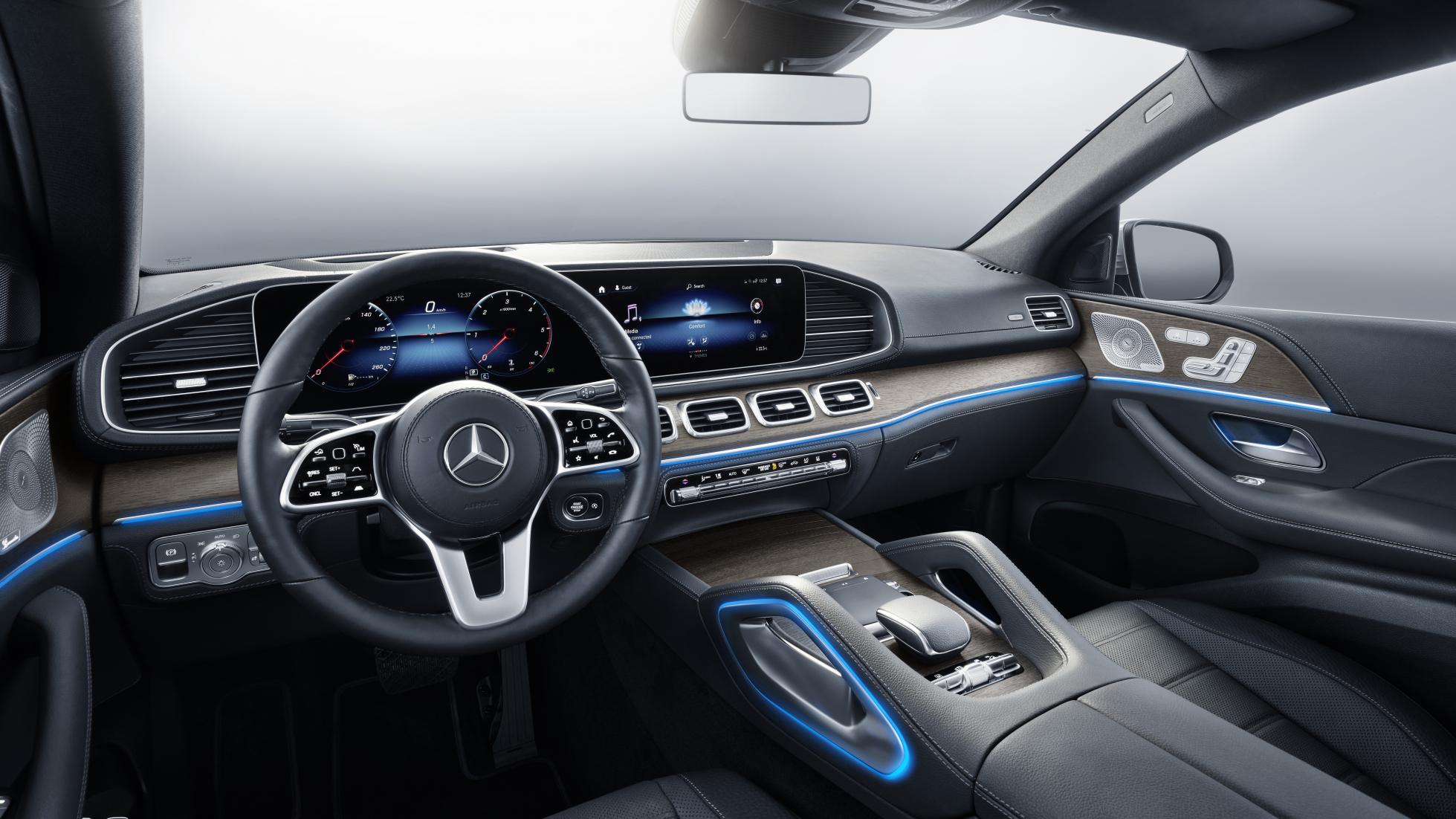 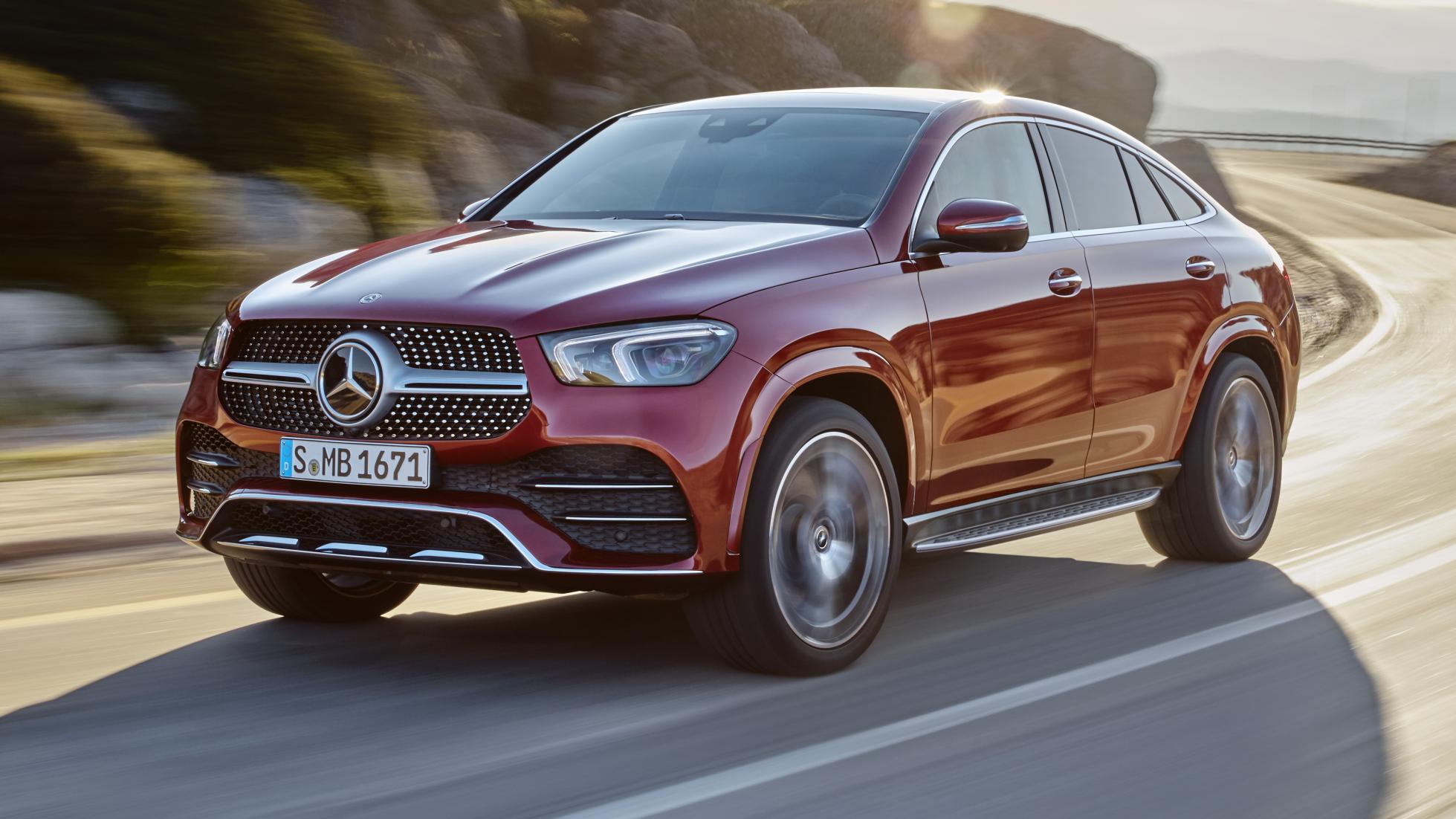 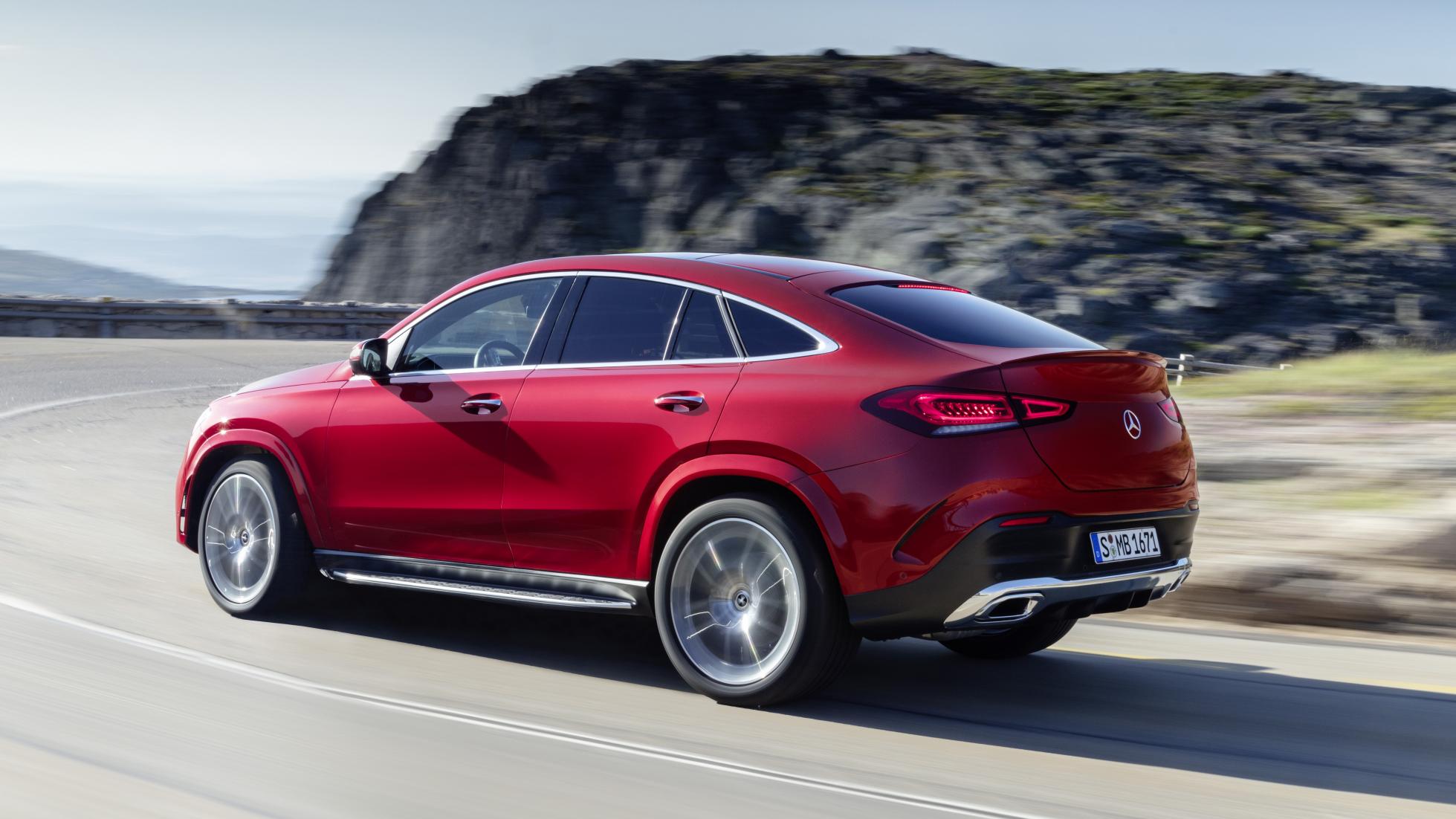