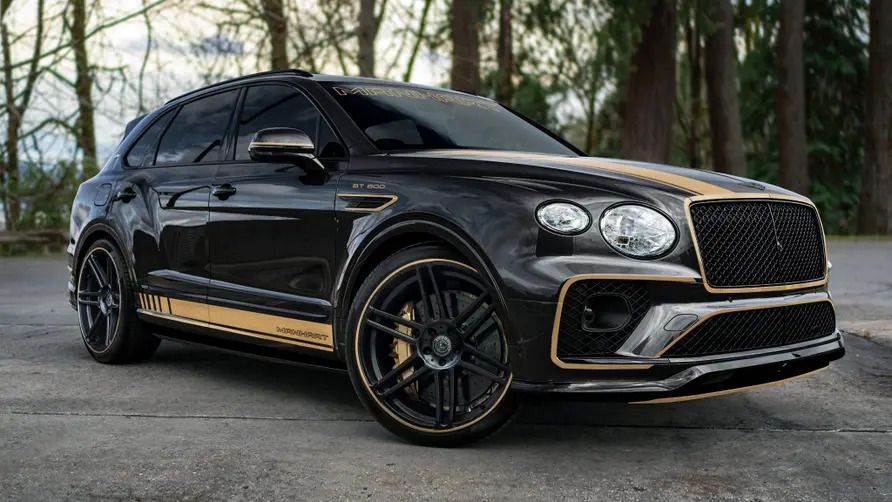 Is the 626bhp Bentley Bentayga Speed a little pedestrian for your liking? Would you prefer your monstrous Brit SUV with 800bhp? Well, we’ve bad news for you – Manhart’s modified Bentayga only manages 799bhp. So close!

There aren’t too many details around the BT800 just yet, and we’re not actually sure whether it’s based on a V8 or W12-engined Bentayga, but Manhart has only announced plans to offer Bentley upgrades so far so we’re assuming it’s a work-in-progress.

Still, we are told there’ll be 1060 Nm of torque to match the power output, and there’ll be a flap-controlled stainless steel exhaust that should wake the neighbours up.

You’ll be able to spec 22-inch wheels too, plus the traditional black and gold Manhart decal set. Oh, and just check out the renders of the interior. Would you though, Internet?