JLR has made a touchscreen you don’t actually touch 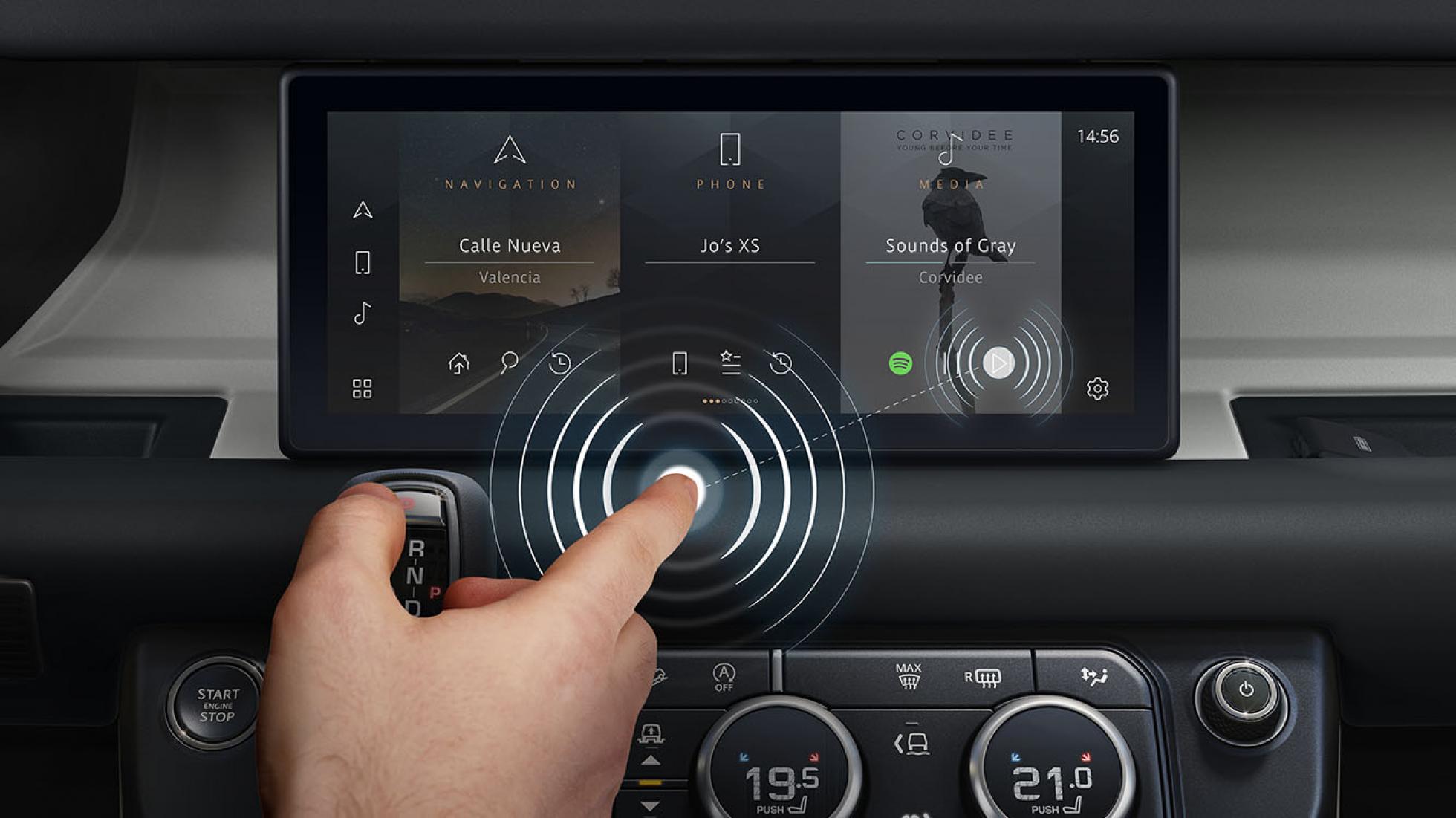 Touchscreens in cars can be pretty distracting, certainly more so than conventional knobs and buttons. Jaguar Land Rover agrees, so it’s begun testing new “contactless touchscreen technology” (if you don’t touch it, is it still a ‘touchscreen’?) that uses artificial intelligence and a load of sensors to predict what part of the screen you’re aiming at, and thus what you want to do, before your finger makes contact.

Developed together with engineers from the University of Cambridge, Jaguar hopes the system will “make vehicles safer by reducing the cognitive load on drivers and increasing the amount of time they can spend focused on the road ahead”. It says lab- and road-tests show the system can “reduce a driver’s touchscreen interaction effort and time by up to 50 per cent”.

The idea is for the system to know what you’re aiming for as soon as you start moving your hand towards the screen. It uses a gesture tracker with vision- and radio frequency-based sensors “to combine contextual information such as user profile, interface design and environmental conditions with data available from other sensors, such as an eye-gaze tracker, to infer the user’s intent in real time”.

We don’t know when/if JLR will deploy the system in any of its cars, but we’re told the software “has reached high technology readiness levels” and could be integrated into existing systems “so long as the correct sensory data is available”.

Does it work? Who knows. We’ll let you know when we get a go.