Is this slammed VW Tiguan the future of tuning? 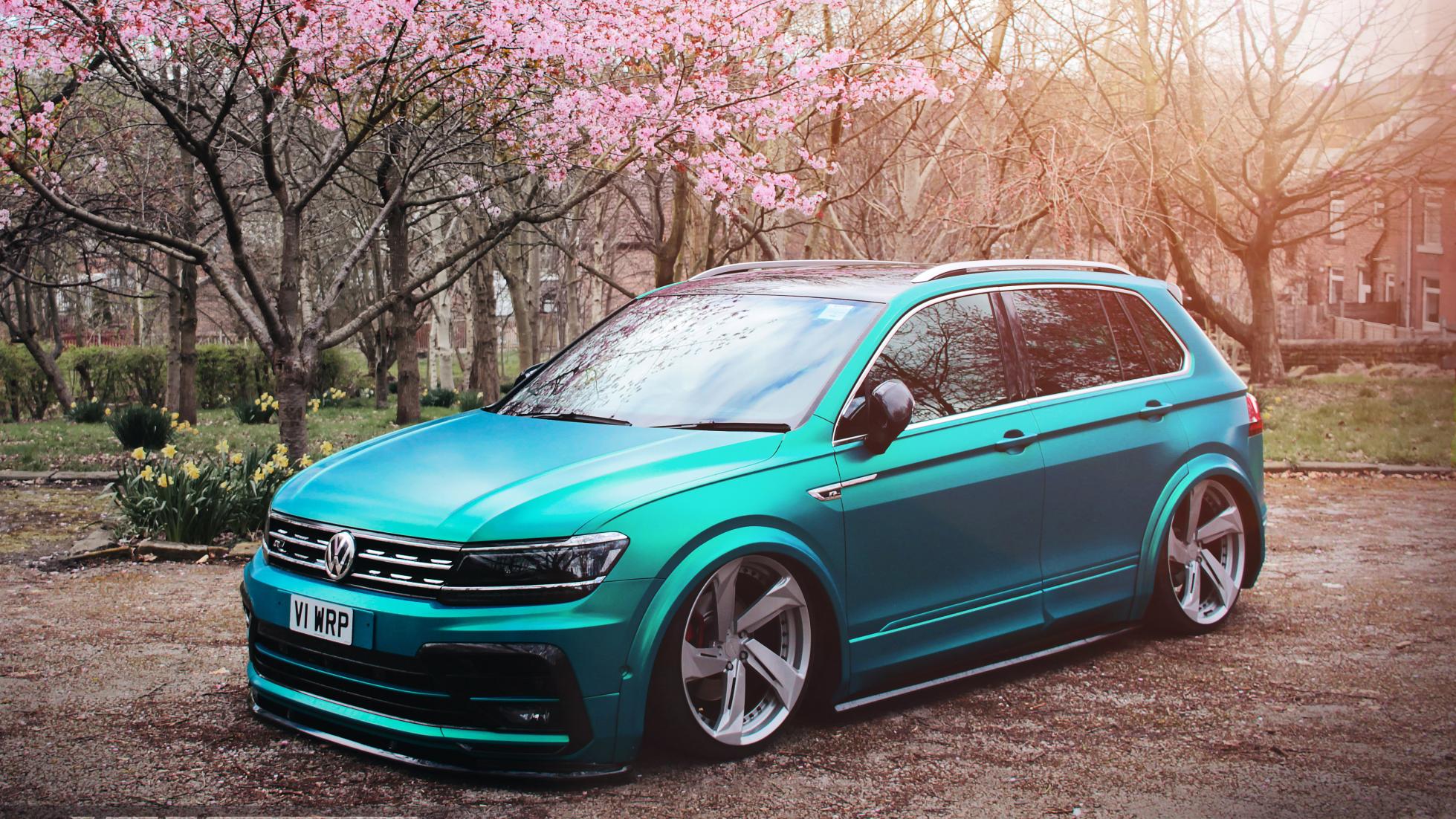 You don’t need us to tell you, but we… will. Crossovers have taken over the world. Forget estates, we’ve all decided that these jacked-up things are the perfect family cars.

However, young parents these days would have grown up in the madcap Max Power era of the 1990s, so what happens when you’ve taken the plunge on a child-transporter but the urge to modify still remains?

Well, you can see the answer above – a slammed, widebody Volkswagen Tiguan R-Line courtesy of UK-based wrappers (not that kind) Vinyl Image.

This is actually the company’s demo vehicle and is clad in a satin teal colour, and other parts have been shipped in from around the world. The extended arches and both front and rear bumpers are from Russian company Parsan Tuning, whilst those massive 21-inch wheels are custom-made by Rotiform and are the only set in the UK.

Serious work has gone into this Tiguan; it’s riding on air suspension, of course, but the system also gets its own self-levelling setup and the 2.0-litre TSi engine has been remapped to produce just over 300bhp. Then there’s the interior, which features re-trimmed front seats from an Audi RS4.

What do you reckon, Internet? Is this the future of tuning? Gone are the days of Citroen Saxo show cars and Peugeot 205 GTis with Dimma body kits. Soon enough the only cars left to tinker with will be crossovers and fully-sized SUVs…