How to improve F1’s podium ceremony 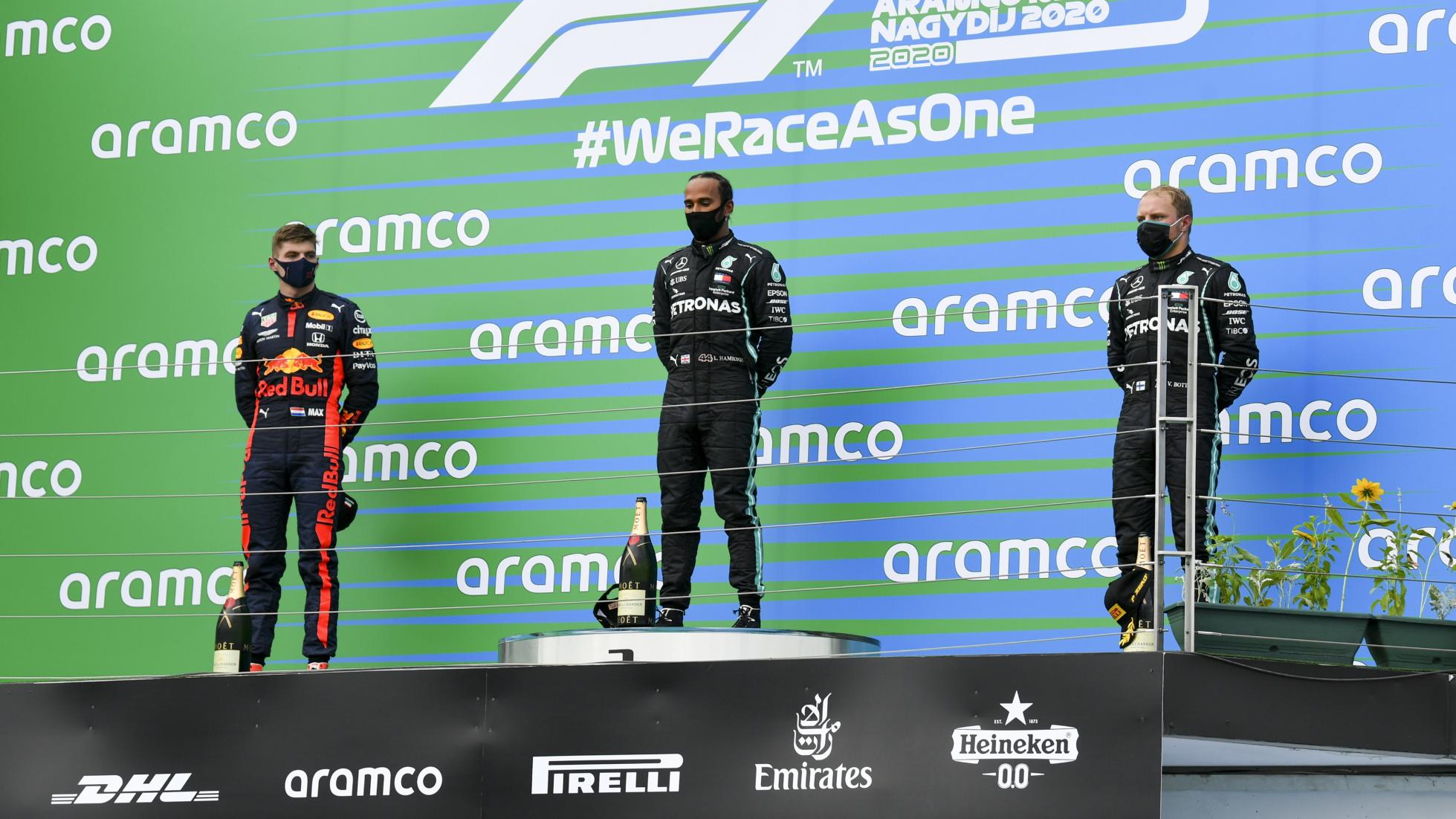 So F1 is back, which means we now know the answer to the big question on every race fan’s lips throughout lockdown.

No, not ‘Can Mercedes possibly be as dominant as last season?’ – let’s be honest, the answer to that one was never in doubt – but this:

How, exactly, does an F1 podium look in this era of social distancing?

It was, clearly, a topic vexing the sport’s bigwigs during the extended off-season. “The podium procedure can’t happen, but we are looking at doing something on the grid after the race,” admitted F1 big chief Ross Brawn back in June. “We’re looking at how we can present it on TV.”

Now we know. Turns out F1’s revolutionary solution to the socially distanced podium is, um, basically a regular podium, but out on the track, and with the plinths spaced a bit further apart than usual. Oh, and trophies delivered by what F1 grandly calls ‘robots’, and the rest of us call ‘cardboard boxes on top of little remote control cars’.

While unquestionably sensible, this is a little disappointing. Because there was, clearly, a far better way to a) retain the F1 podium, b) observe social distancing, and c) make the whole post-race shindig infinitely more interesting at the same time.

Here’s what I’m picturing. The third-placed driver on a plinth two metres off the ground. Second place on an adjacent podium, two metres above that. In the middle, the winner, balancing on a small plinth a mighty six metres high, like Nelson on his column. A glorious spectacle, all totally COVID-compliant.

There are, I admit, a couple of practicalities to iron out. For one, how to get the drivers onto their lofty plinths. And, once they’re up there, how to deliver them the trophy and champagne. But I ask: what were trebuchets invented for if not this?

To be clear, I don’t envisage this as a mere stopgap until this whole ‘lethal virus’ thing blows over and regular F1 service resumes. The VertiPodium should be permanent.

Because, let’s be honest, the standard F1 podium set-up is rubbish. Racing at the limits of human endurance for two hours for the honour of standing on a plastic step three inches taller than your vanquished competitors: hardly screams ‘god among mortals’, does it? Roaring your national anthem from atop a house-high plinth, on the other hand…

And besides, F1 wants to attract new audiences. Even if you struggle to get amped up by nuances of tyre strategy, surely you’re tuning in to see if Lewis can stay balanced atop a 20-foot column while holding a giant metal plate in gusty conditions?