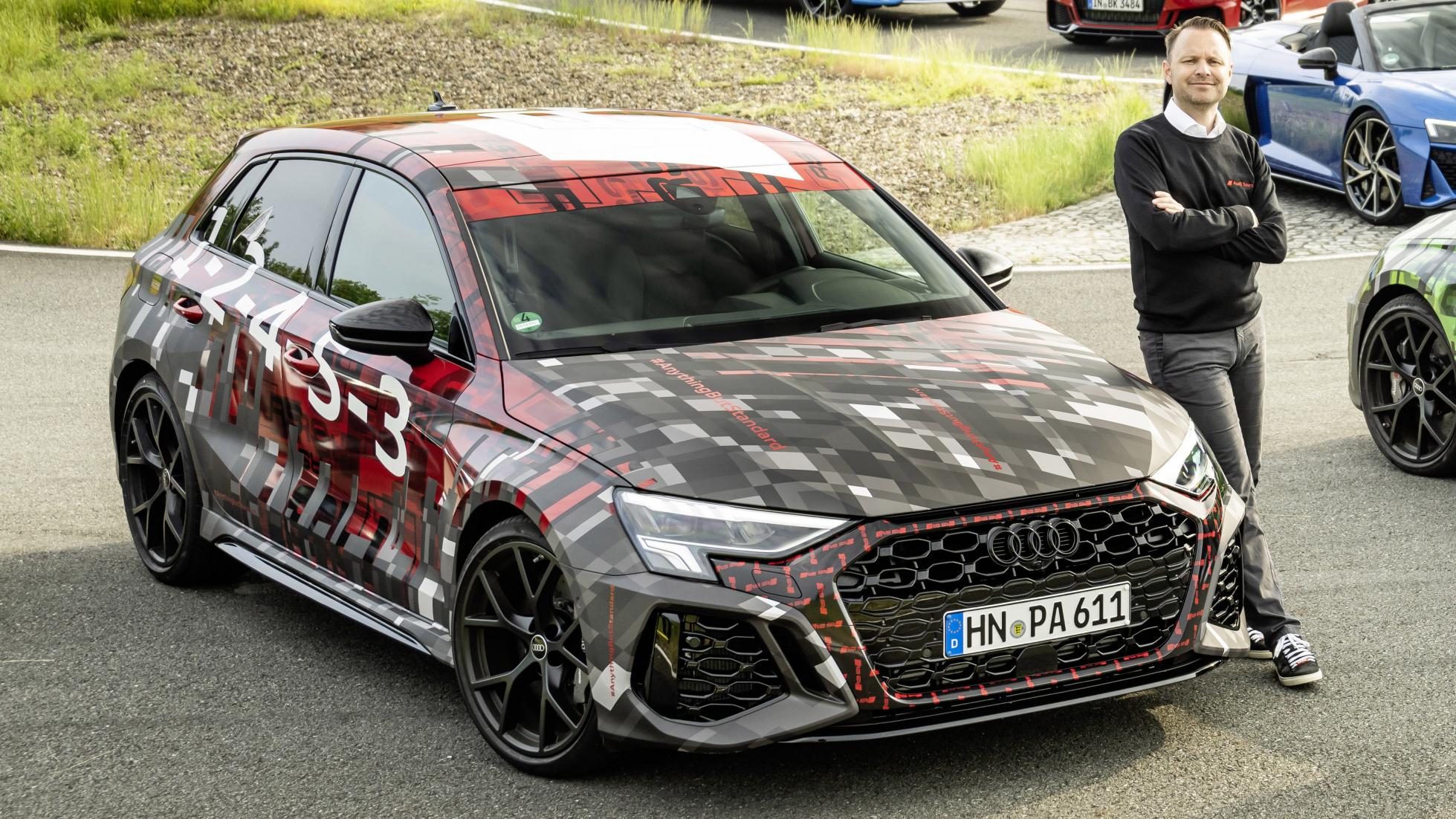 Audi might wax lyrical about electrification and digitisation all it likes, but the company still hearts its combustion engines. Plastered across the flanks of its camouflaged new RS3 above – our first look at the new SuperHatch – is the five-cylinder turbo’s firing order.

Seems the geek won’t just inherit the earth, they’ll be the fastest across it too. Because TopGear.com understands that admirable five-pot turbo sitting inside the new RS3 will produce upwards of 400bhp – putting it in the same ballpark as the Merc-AMG A45 S.

You can probably bank on that power being delivered via a super-quick double-clutch gearbox and four-wheel-drive as standard. Fairly certain Audi calls the latter something special which it rarely mentions, but for the life of us we can’t remember. Quinoa? Quorn? Something Q anyway.

Looks like we’re getting a hot hatch and a hot sedan judging by these images: both wear fairly sizable bodykits that clearly make no concessions to subtlety. The front features a pair of swollen side intakes, there are vents behind the front wheels, bigger side skirts and that all-important rear diffuser and twin exhaust setup.

You might be thinking, ‘same old, same old’. Only expect this new RS3 to be really, really very fast indeed. The outgoing car was quoted as 0-100kph in 4.1s, but RS3s have always overdelivered on acceleration. And with trick software on that – ah yes, Quattro! – 4WD setup, it should be quite entertaining. The last one certainly was.

“Quiet is the new loud!” explains Audi Sport’s sales boss Rolf Michl (pictured above with his colleague, managing director Sebastian Grams) in an interview that accompanied the release of these images. Yes, Rolf, but also… 1-2-4-5-3 sounds pretty bloody amazing at full chat too. So, there’s that.