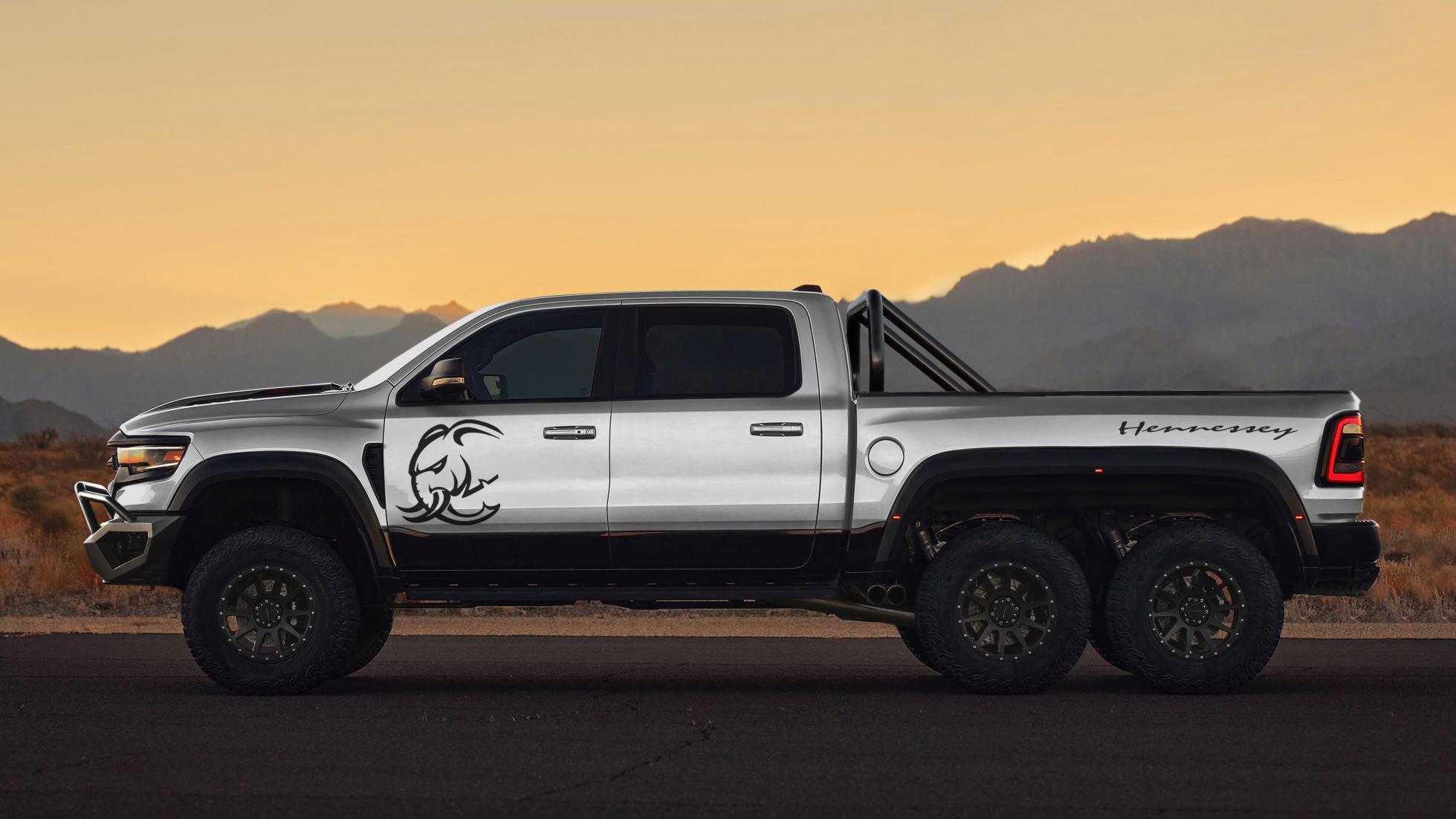 Using a 2021 Ram TRX truck as its base, HPE plans on applying a new six-wheel-drive setup, fully upgraded off-road suspension, a bespoke interior, new front and rear bumpers and other niceties like LED headlights.

Oh, and a Hellephant.

A specially-tuned 7.0-litre Hellephant engine, replacing the Ram’s factory-fitted Hellcat engine, delivering no less than 1,200bhp. “Mammoth 6x6 powered by a 1,200bhp Hellephant motor is just a completely ridiculous idea, which is exactly why we are doing this,” explains HPE boss John Hennessey.

Only three Mammoth 6x6s will ever exist, and each one starts at a cool US$500,000 (RM2.07million+), though that does include the base Ram TRX. It doesn’t include shipping and VAT, nor the cost of the surgery you’d require after a few full-throttle blasts down an empty runway.

So, the most powerful – and most expensive – Hennessey ever built is coming.