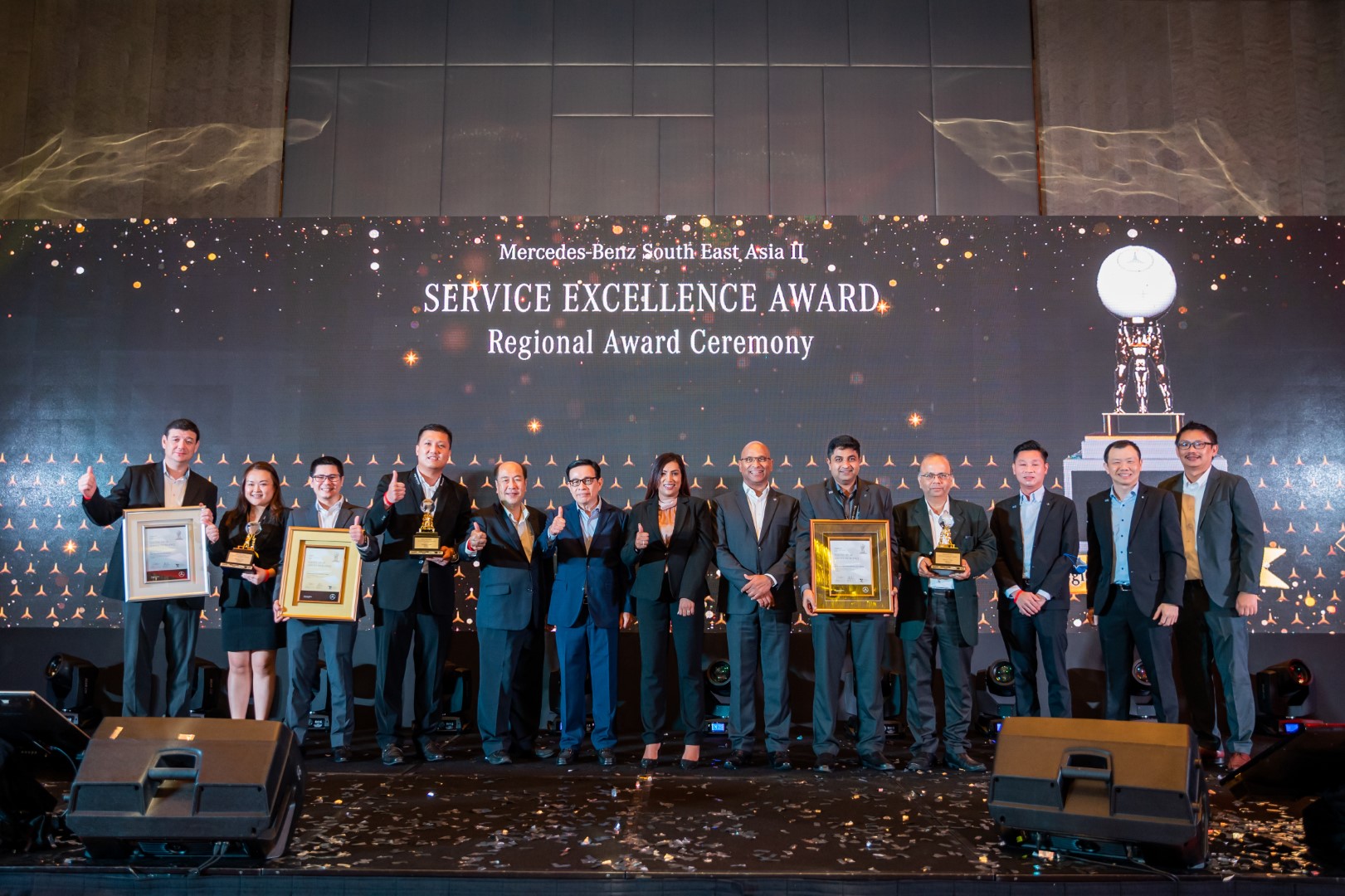 The third installation of the regional award ceremony is part of Mercedes-Benz efforts to appreciate, recognise and motivate Retail Service Personnel who attained significant achievements in the Customer Satisfaction Program by delivering the Best Products, the Best Service and the Best Customer Experience to Mercedes-Benz owners.

The event was attended by over 650 attendees both physically and virtually including attendees from the Mercedes-Benz HQ in Germany and Mercedes-Benz South East Asia II region comprising 49 dealer partners across six countries.

Mercedes-Benz presented a total of 35 awards across four categories in the Regional Service Excellence Award Ceremony, which were Top Service Advisor Awards, General Distributor Awards and both the most coveted Top 3 Super League and Champion League Award for the respective countries in the region.

Winning dealers and personnel received trophies, medals, and certificates to honour their dedication and hard work.

The highlight of the evening was the Mercedes-Benz Champions League Award which was presented to Hap Seng Star Sdn Bhd (Bukit Tinggi) and PT which emerged as the top dealer in the region, followed by Panji Rama Otomotif Gandaria from Indonesia and Cycle & Carriage Industries, Eunos from Singapore.

Meanwhile the Super League Award was presented to Hap Seng Star Sdn Bhd (Kuching), PT, and Hartono Raya Motor Bali from Indonesia. These dealerships excelled across all the touchpoints to achieve the highest overall score in service excellence and customer satisfaction in the region.

According to Mercedes-Benz, the Mercedes-Benz Regional Service Excellence Award program was conceived with the aim to recognize and motivate retail service personnel who have a direct impact on our customer’s ownership experience.

With over 2,063 service personnel in the region, this program continuously raises the bar and standards of service excellence where performance evaluations are done on both a regional and global scale.