Just days ago, JLR announced Land Rover will launch six all-electric SUVs in the next five years, as the group aims to become entirely carbon neutral by 2039. And this… isn’t one of them. In fact, it’s the exact opposite.

Yup – we all knew it was coming, and now it’s arrived. Land Rover has stuck its tried and tested 5.0-litre supercharged V8 in the new Defender. Available as either a two-door short-wheelbase ‘90’ or four-door long-wheelbase ‘110’, the V8 Defender makes 518bhp, accelerates to 97kph in a shade under five seconds and tops out at 240kph. Fuel economy is predictably shocking – just 14.49 l/100km and 327g/km of CO2.

Happily the Defender’s chassis and suspension have been beefed-up to cope with the added power, though not, says Land Rover, to the detriment of its off-road ability. Larger diameter solid anti-roll bars aim to reduce, erm, roll. Then there’s the new “Electronic Active Rear Differential”, the stiffer suspension bushes, bespoke spring and damper rates and new ‘Dynamic’ mode for the Terrain Response system that helps drivers “exploit the more dynamic character” of the V8 “on tarmac and loose surfaces”. 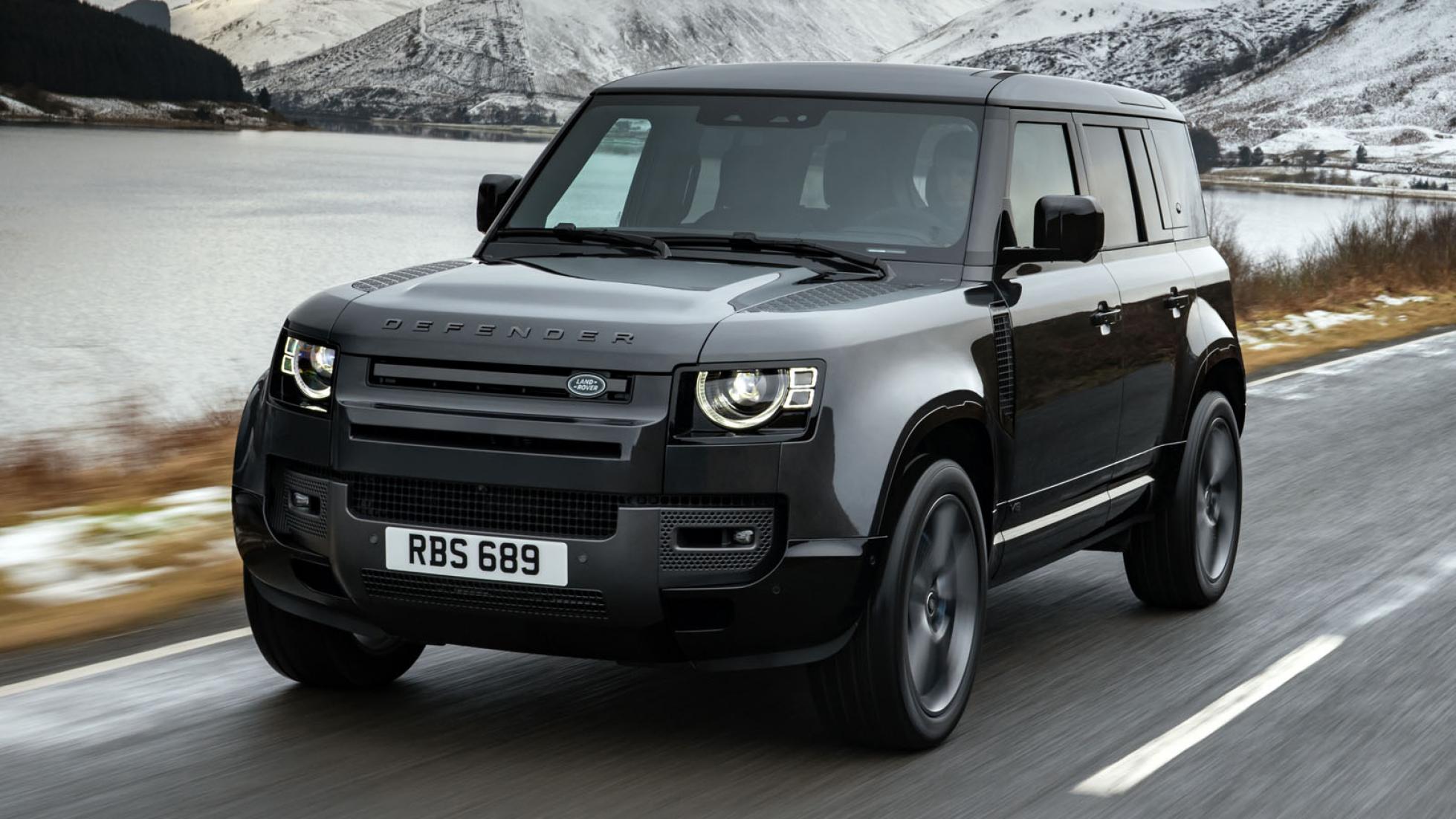 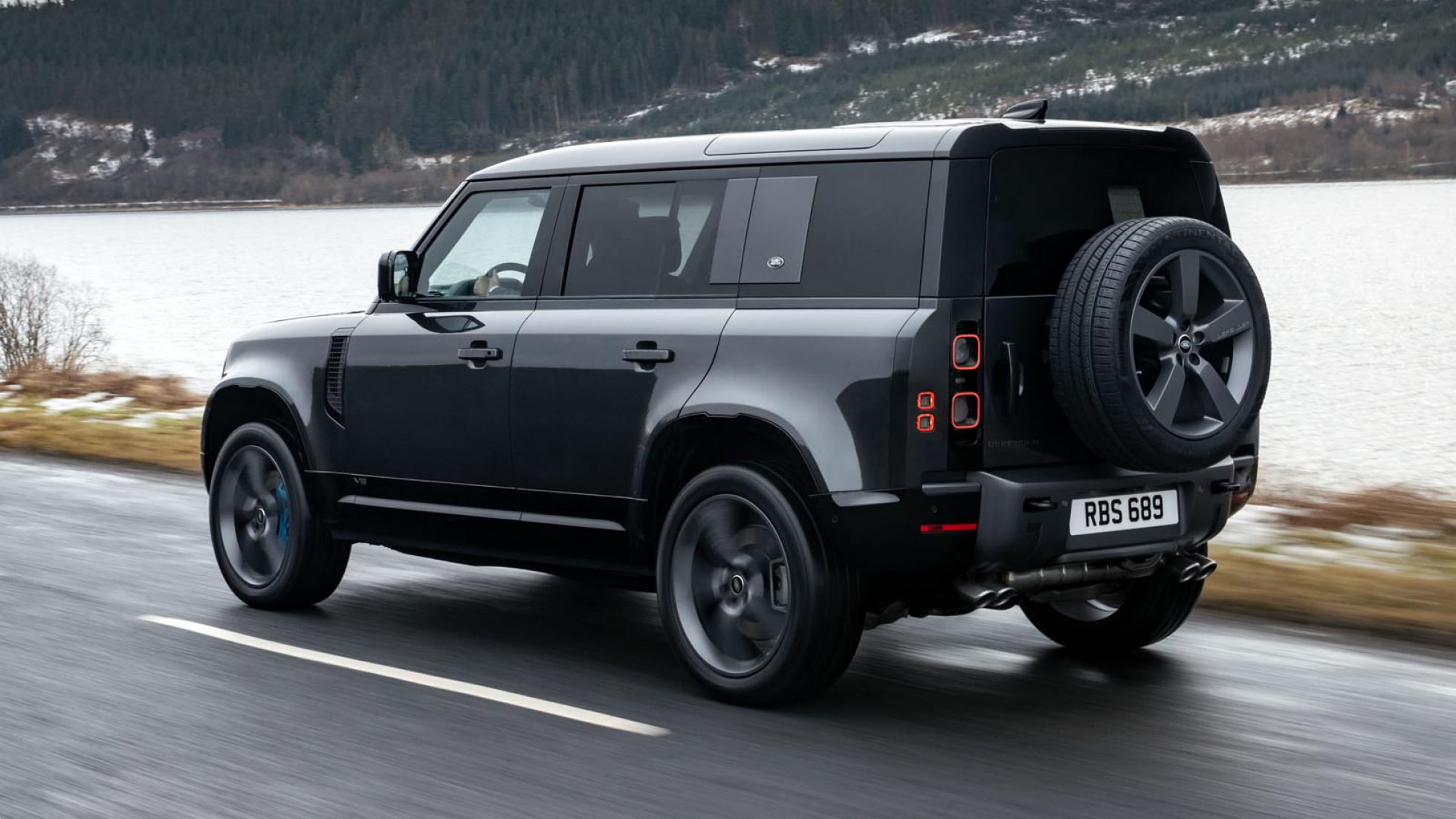 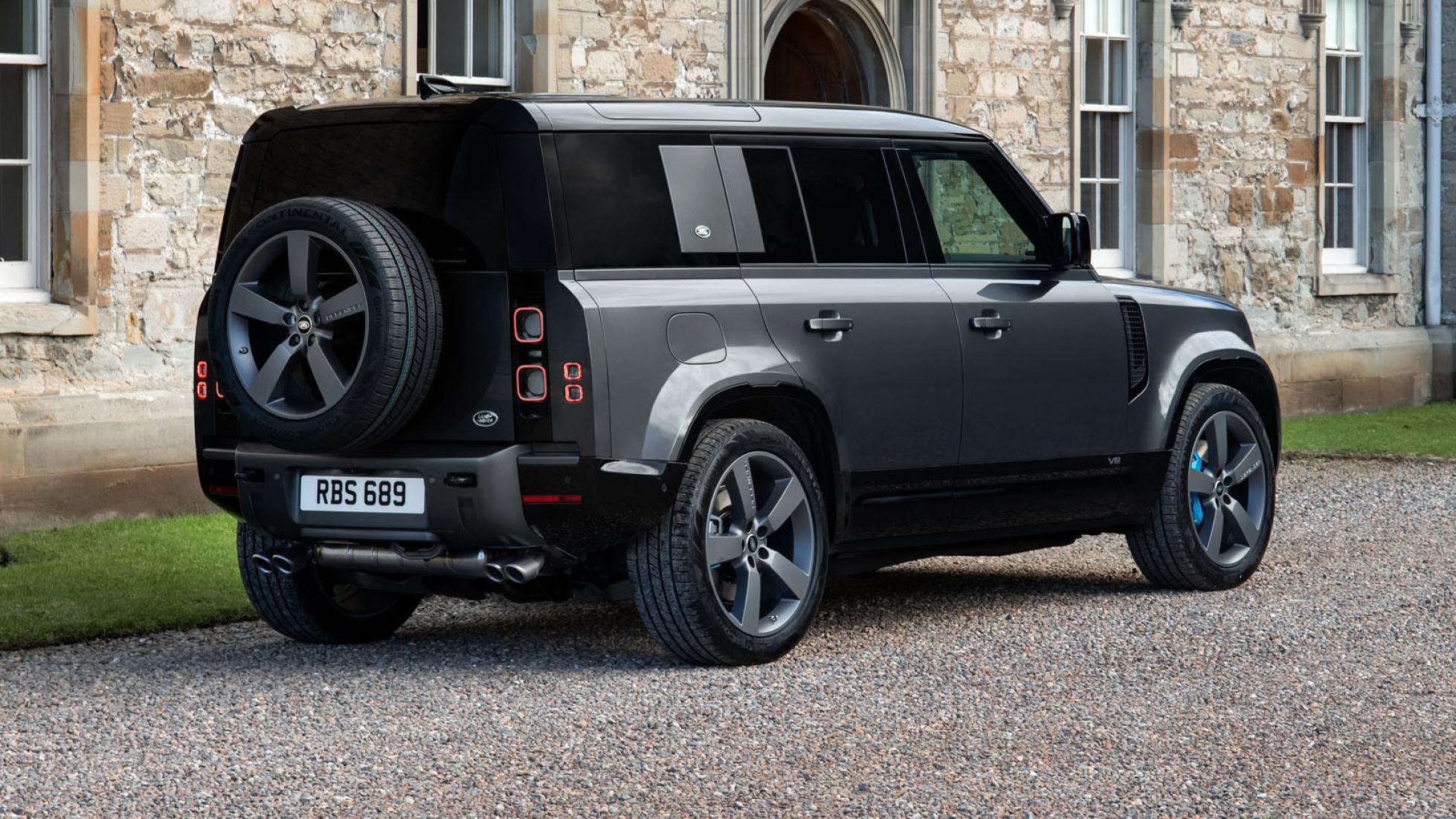 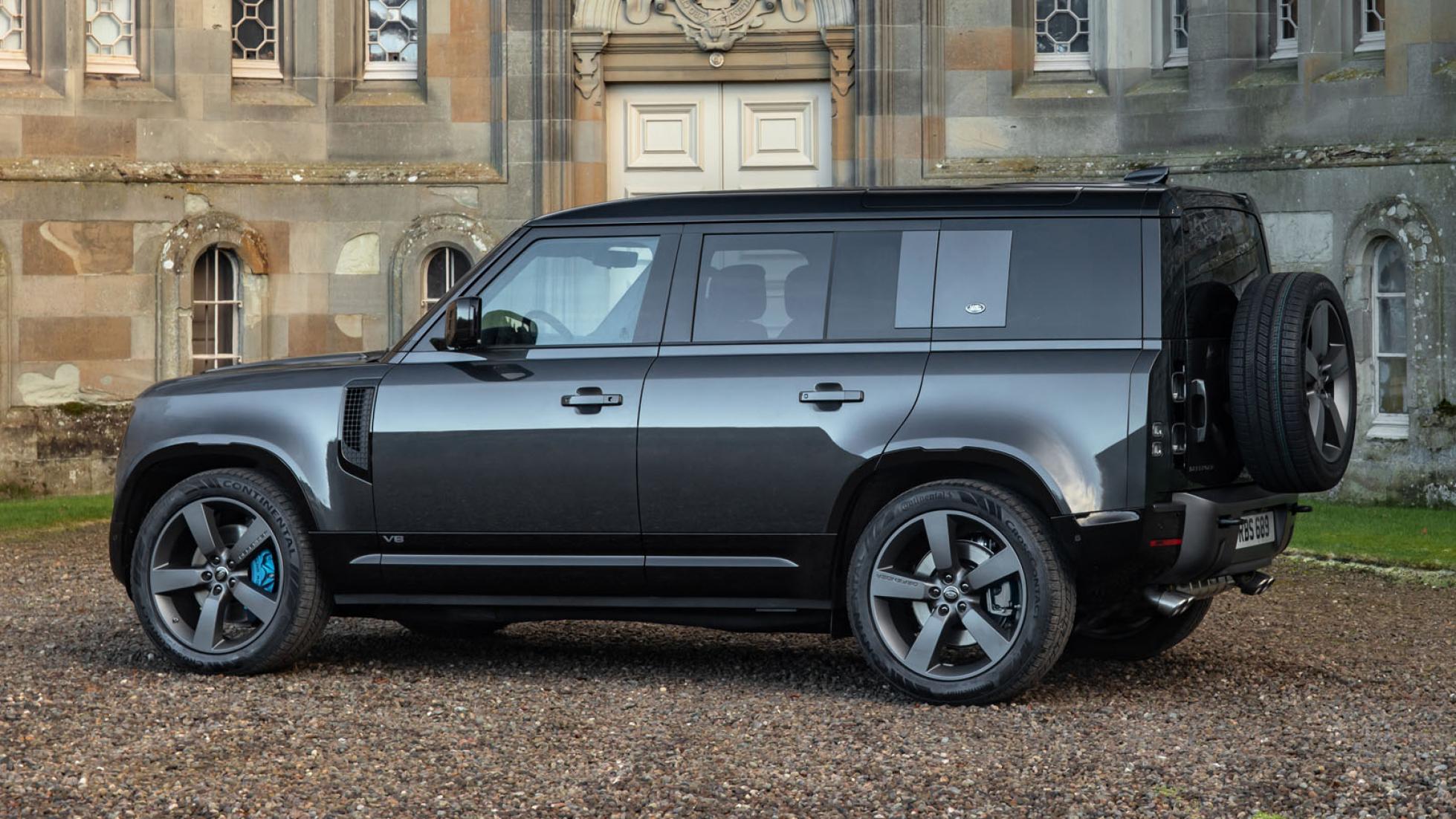 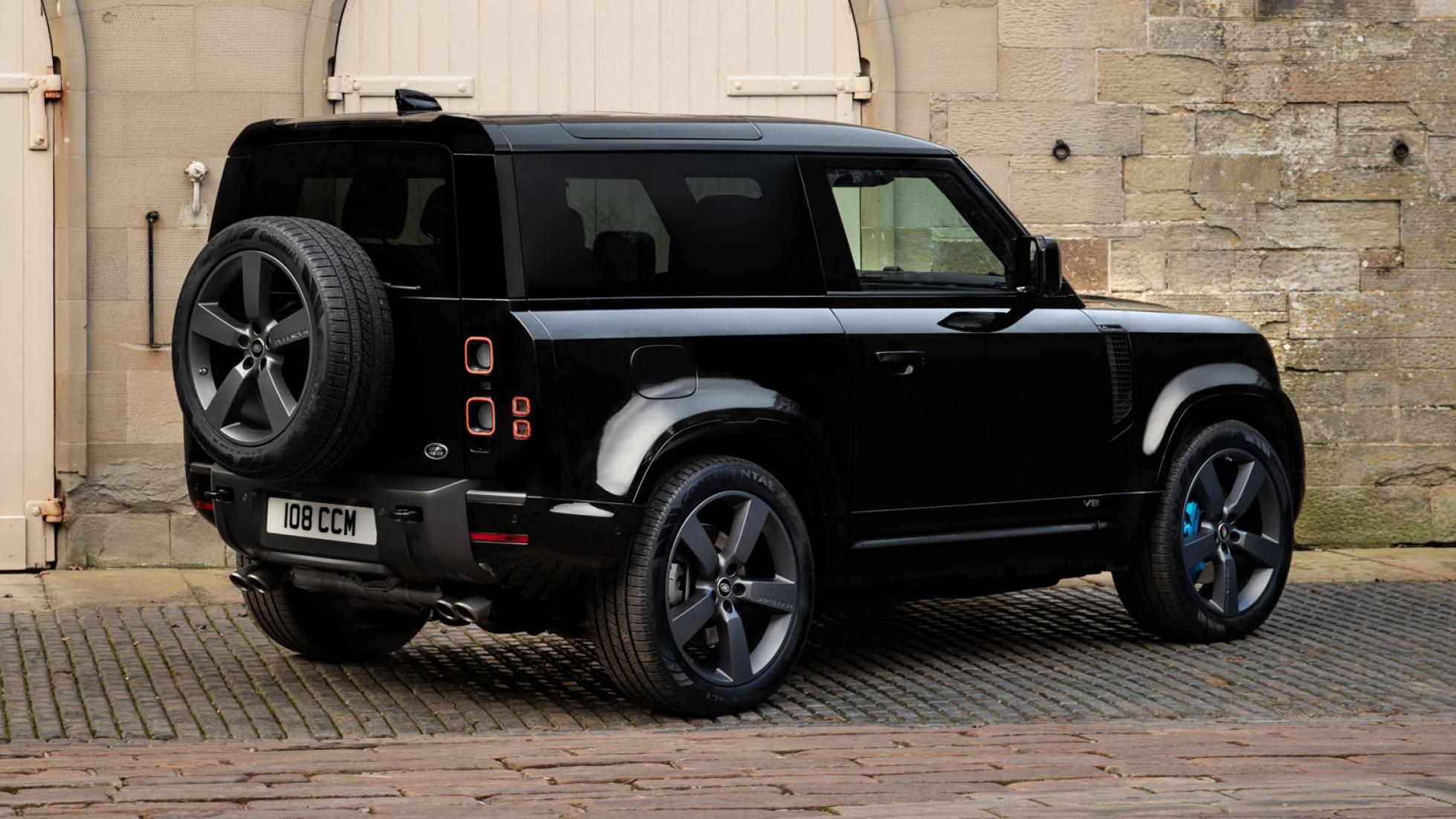 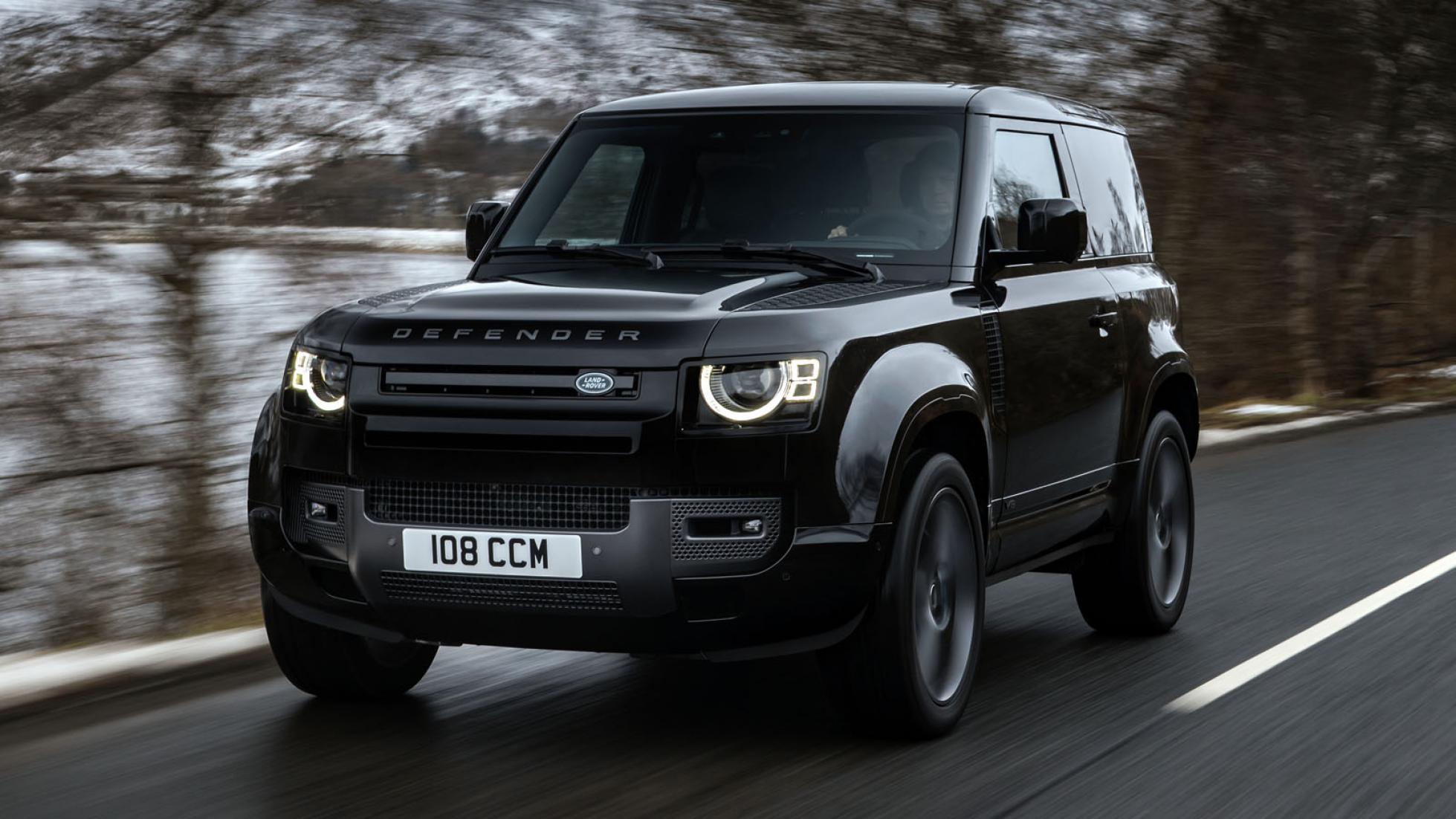 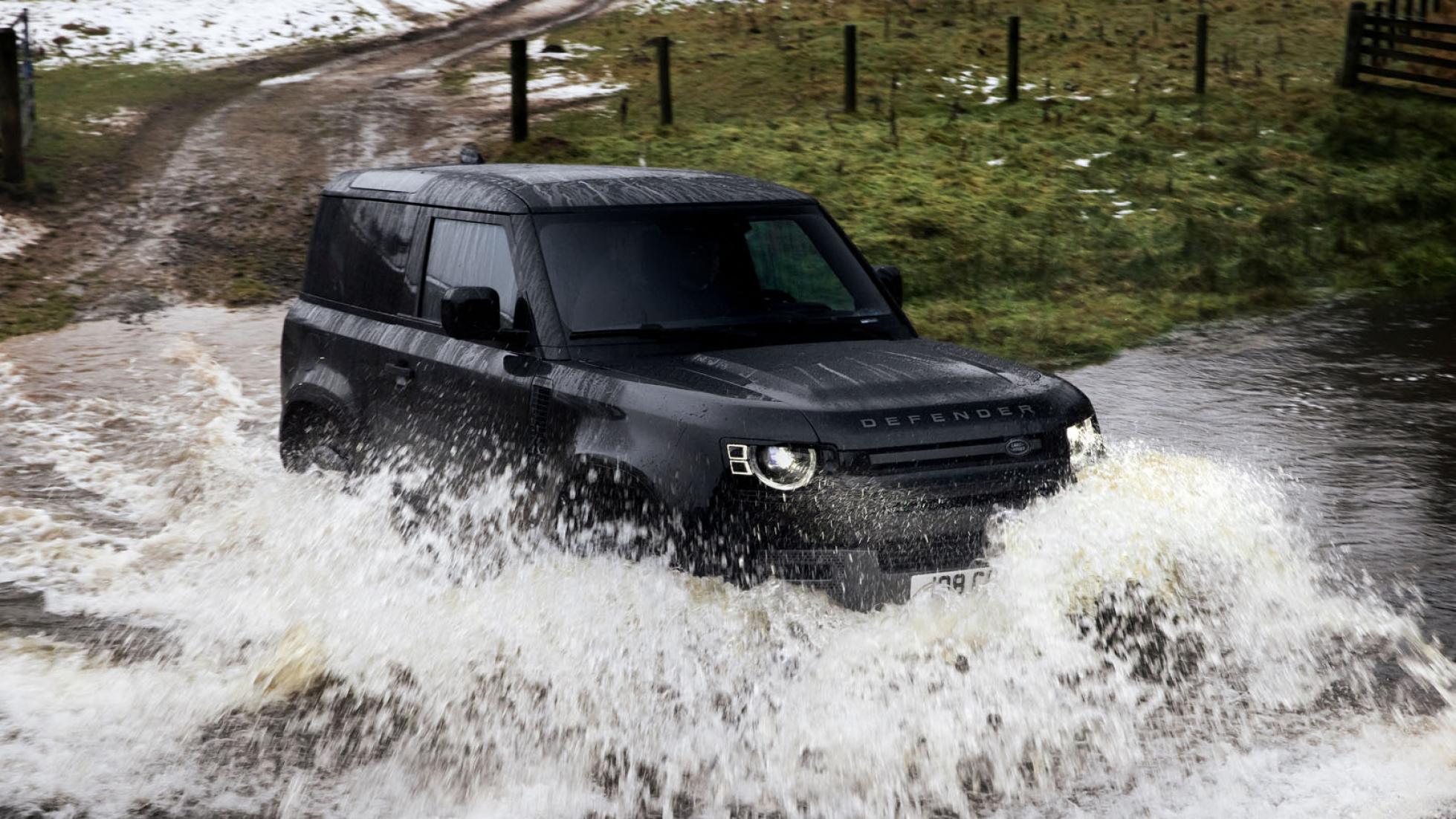 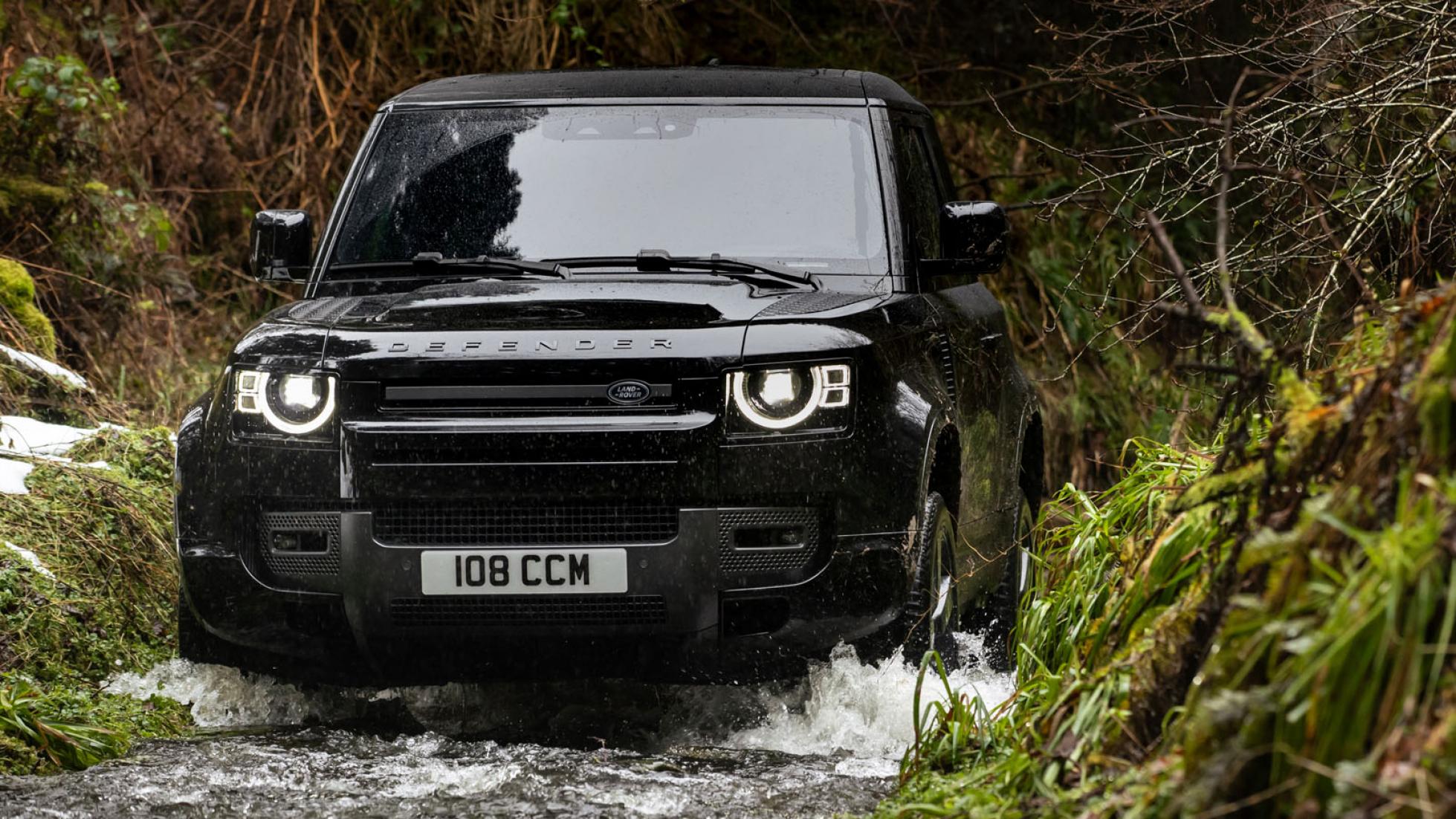 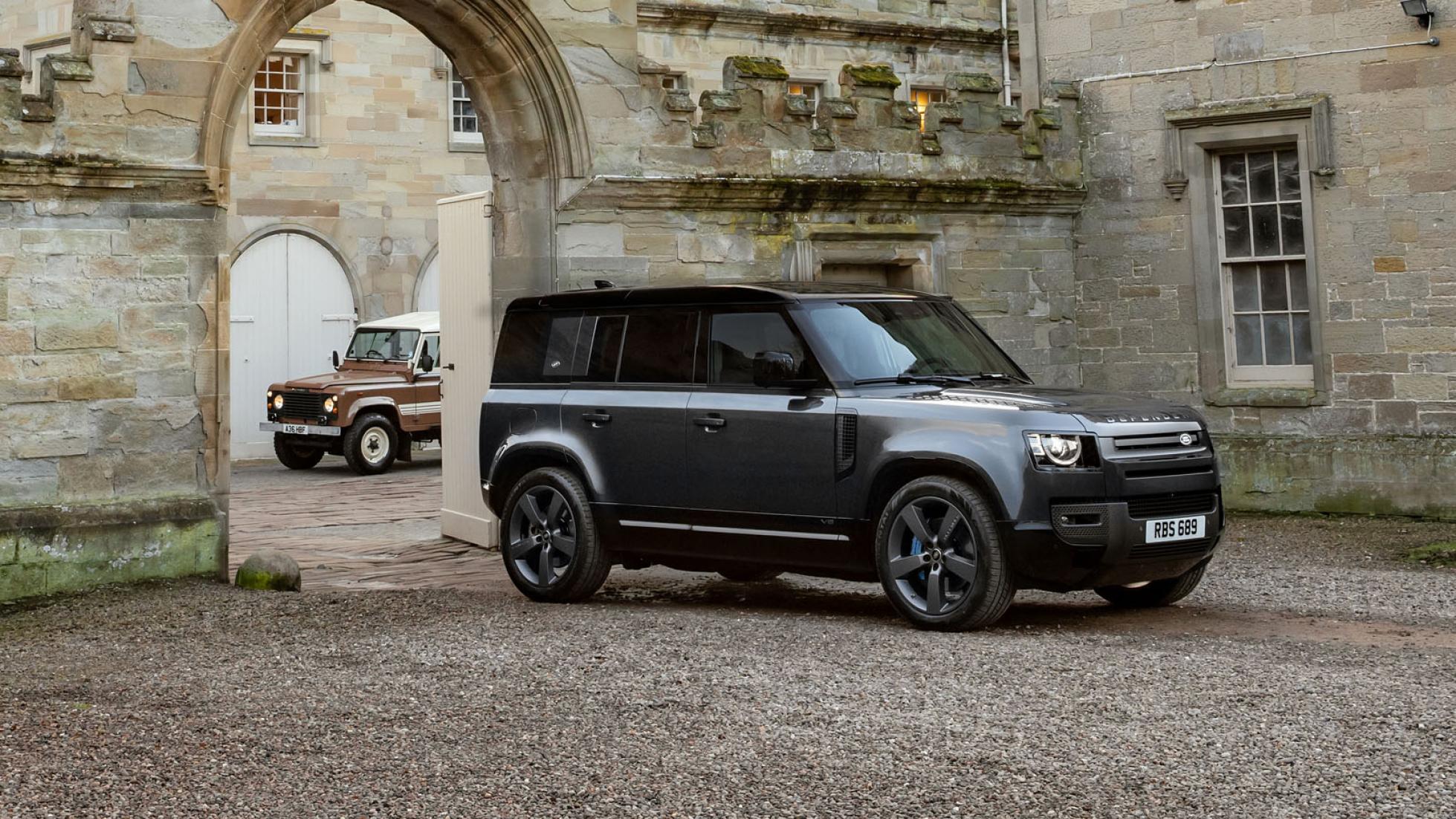 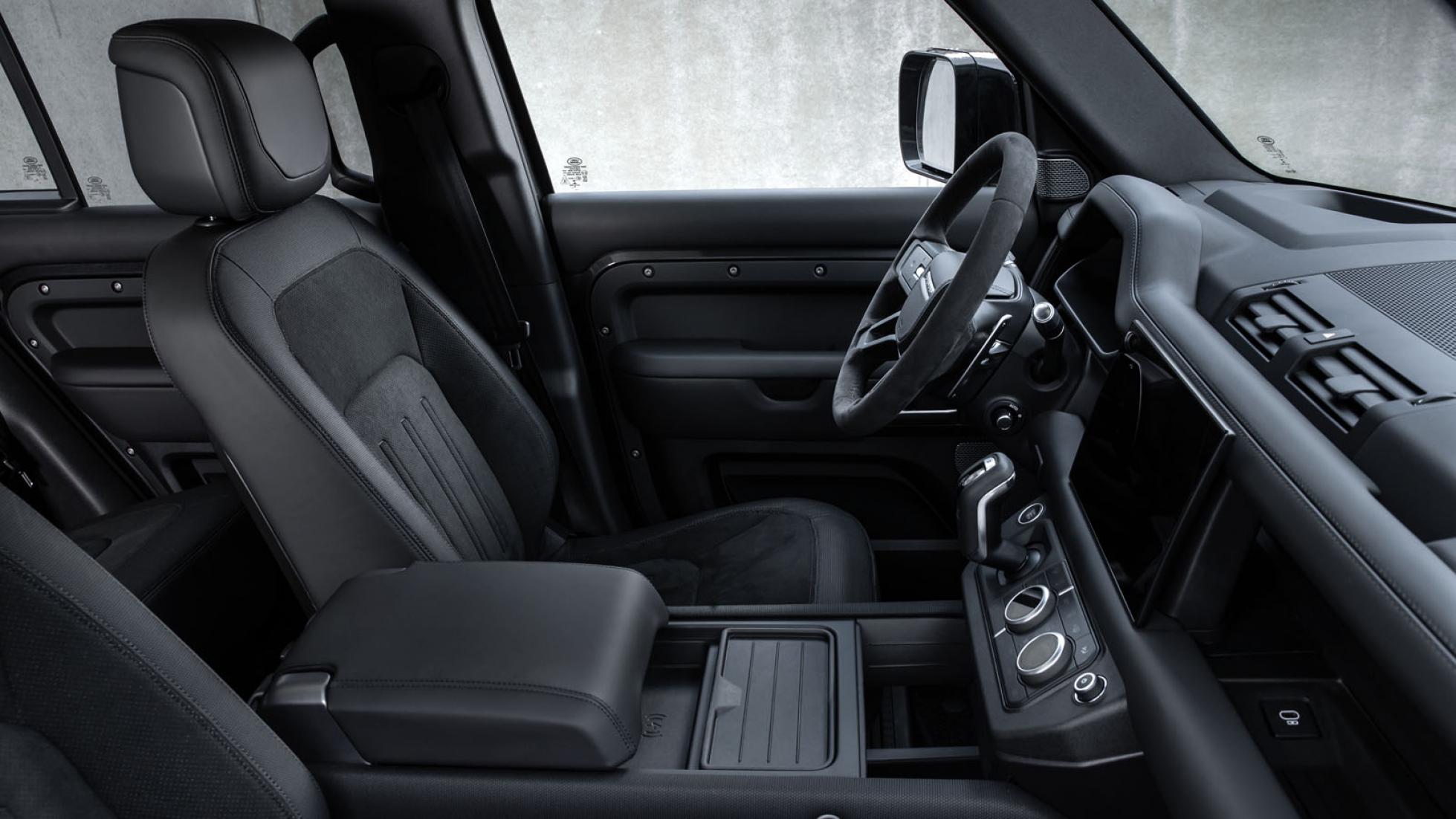 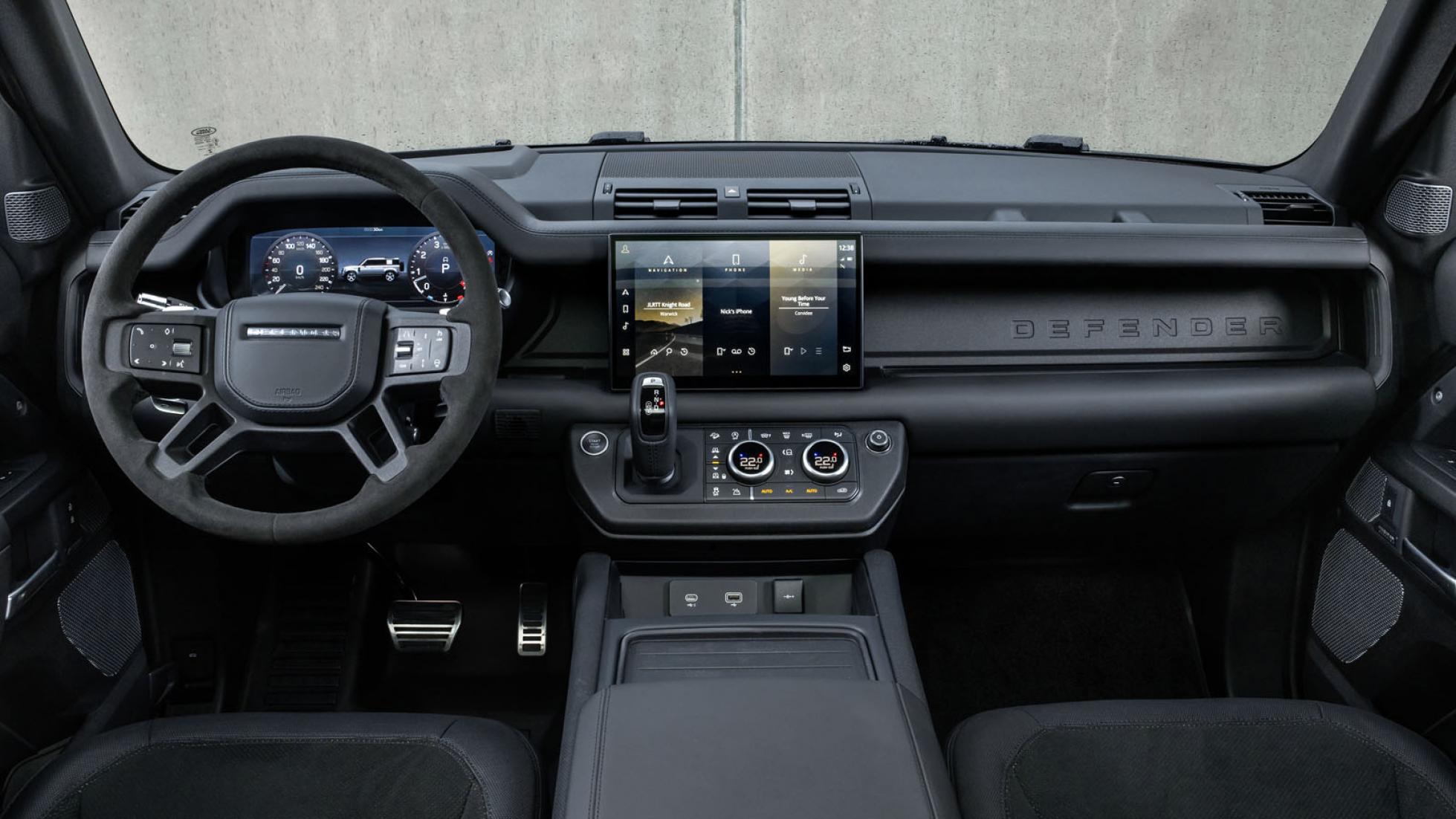 Spot a V8 Defender by looking for the quad tailpipes, blue brake calipers (for the front axle only – weird), dark grey 22-inch alloy wheels and V8 badges. Inside you get fancy leather upholstery with suedecloth/Robustec accents, an Alcantara steering wheel and satin black trim. The V8 ‘Carpathian Edition’ adds a semi-matte wrap over ‘Carpathian Grey’ paintwork to protect “against everything from car park scratches to off-road bramble rash”.

The V8 arrives as part of a broader update for the Defender to 2022-spec. In short – the Defender First Edition has been replaced with the Defender XS, the clever ‘Pivi Pro’ infotainment system is optionally available with a bigger 11.4-inch touchscreen and there are three new exterior design packs on offer.