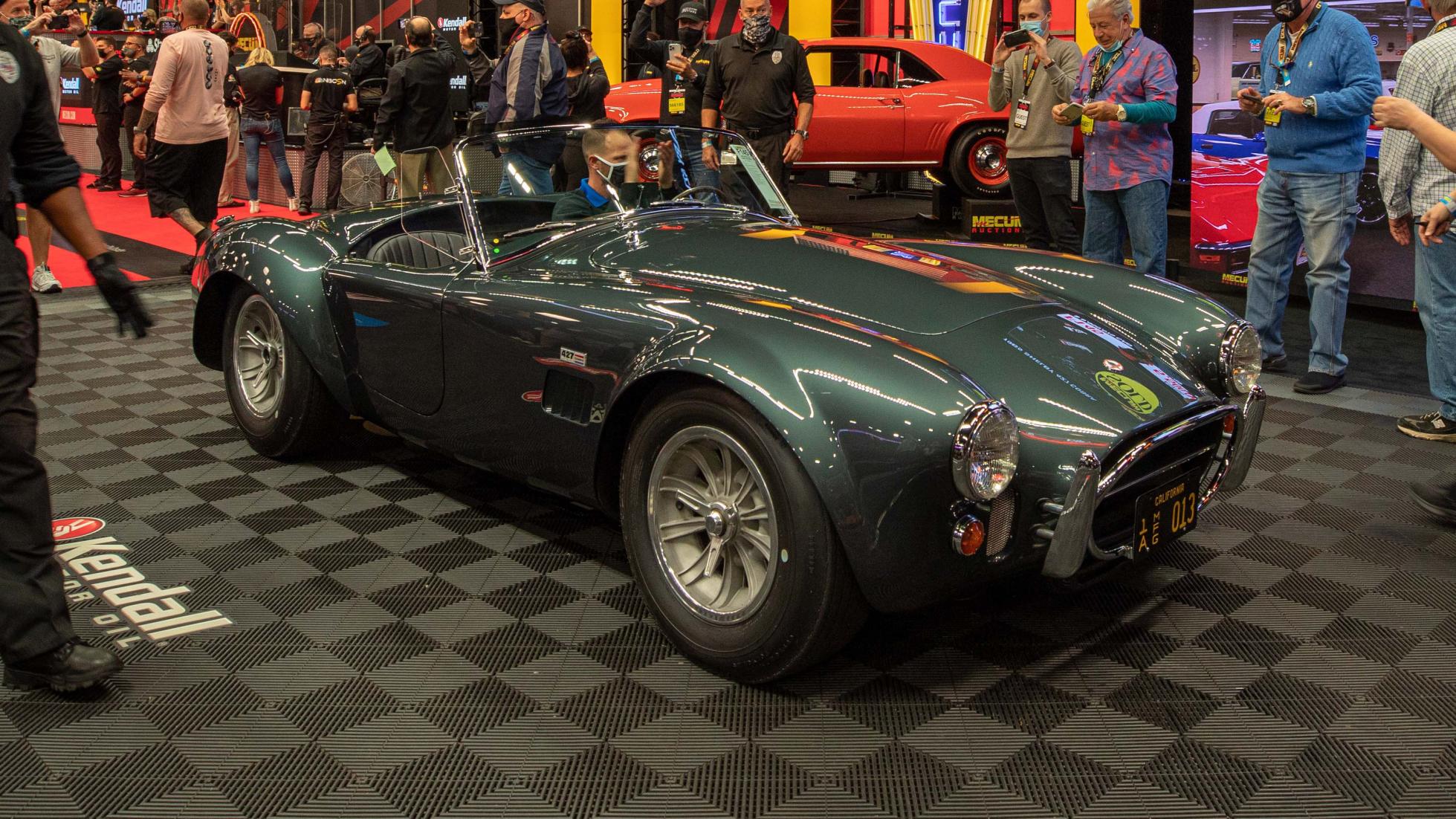 It’s been described as “one of the crown jewels of Carroll Shelby’s personal collection”, and heck, they don’t come much more personal than this. Shelby bought this Cobra brand new in 1965, and never relinquished it.

That uninterrupted lineage – some 46 years of ownership – has made it tremendously valuable, because this very car sold for US$5.94 million [approx. RM24.07 million] over the weekend at Mecum’s Kissimmee sale.

It is, says Mecum, the ‘big brother’ of the CSX2000 Cobra, which also recently sold for MegaBucks (US$14 million - approx. RM56.73 million). Arriving at Shelby’s LAX facility without an engine or gearbox, the ‘work order’ began on 7 January 1966. Said work order closed on 3 March that year, resulting in the car sporting a conservative, totally rational 7.0-litre (427) V8.

Shelby’s mate repainted it from charcoal grey to blue, and we’re told that “at some point in CSX3178’s life, Carroll Shelby felt he needed more horsepower”. Same, Shelby, same. In went an aluminium-head 427 side-oiler engine. In 2002, the Cobra was repainted again, this time in red.

Fast forward to 2016, and the car was bought from Shelby’s estate and subjected to a complete restoration, returning it to its original charcoal grey paintwork and regular 427 configuration.

“CSX3178 occupies a hallowed place in Cobra history as perhaps the most significant of all,” said Mecum. Now, it occupies a very special place in someone’s collection…