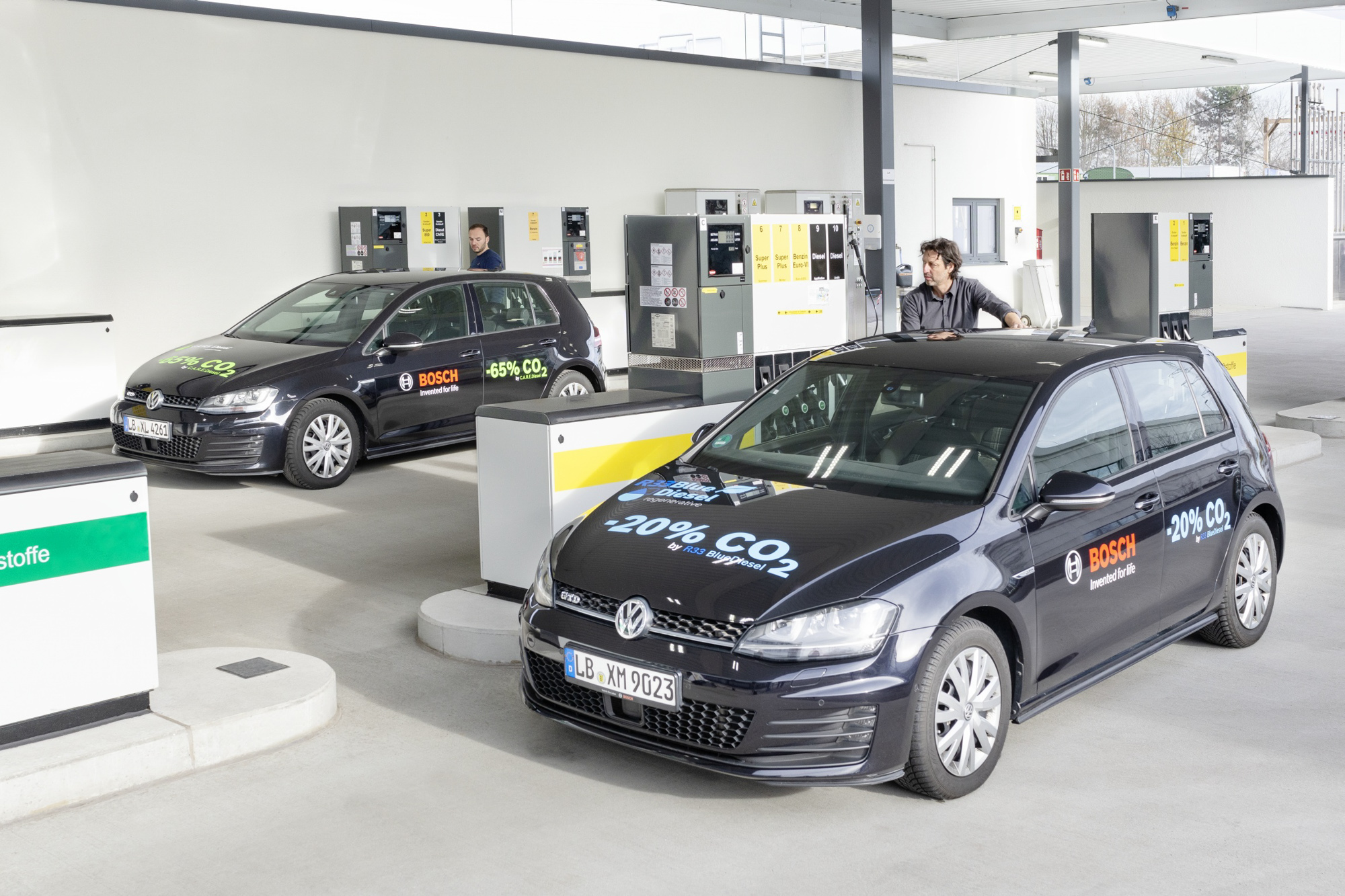 Low-carbon fuels are slowly but surely gaining traction in some parts of the globe, and following the R33 Blue Diesel, Bosch together with Shell and Volkswagen has now developed their latest low-carbon gasoline called 'Blue Gasoline'.

It's basically a more eco-friendly petrol that contains up to 33% renewables which leads to a drop in carbon emissions of at least 20% for every kilometre when you factor in the entire production phase from well-to-wheel. The 33% renewable part is made out of certified biomass-based naphtha or ethanol obtained from by-products of other industries like paper production and even waste material management.

To put things into perspective, a 1,000 Volkswagen Golf Mk8 1.5 TSI that use 'Blue Gasoline' produces 230 metric tonnes less CO₂ per year (a figure calculated if each car travels around 10,000km each).

Shell will then try to offset the remaining carbon emissions via certified offset arrangements with initial plans to make 'Blue Gasoline' available at regular petrol stations by the end of the year starting in Germany. Price-wise will be around the same ballpark as Shell's premium V-Power offering. Bosch will start offering only low-carbon fuels at their filling stations starting this month.

Blue Gasoline also complies with EN 228/E10 standard, which means that it can be used by all petrol-powered engines (Super 95 E10 gasoline approved) that are currently being used, sold, and produced by a lot of manufacturers around the globe.

According to Sebastian Willmann, head of Internal Combustion Engine Development at Volkswagen, "Blue Gasoline is another building block in the effective reduction of CO₂ emissions from the vehicle fleet. Blue Gasoline’s high storage stability makes the fuel particularly suitable for use in plug-in hybrid vehicles. In the future, the expansion of the charging infrastructure and larger batteries will mean that these vehicles predominantly run on electrical power, and thus that fuel may remain in the fuel tank for longer periods of time."