BMW is looking for the oldest M models in Malaysia, here's why

In conjunction with the BMW M brand’s 50th anniversary next week, BMW Malaysia on the search for the oldest BMW M model in every model series in Malaysia.

A nationwide call for submission from local owners is currently under way, so if you know anyone who has an old BMW M model parked in their garage, do let them know that they are “wanted”.

All the owners need to do is visit BMW Group Malaysia’s website and provide their details via a dedicated link in order to join in the celebrations.

Winners will stand a chance to receive exclusive BMW M merchandise and a feature of their prized vehicle by BMW Group Malaysia.

Unfortunately, only one winner will be selected for every BMW M model series, with special prizes for notable submissions as well. Submissions will close on 8th June 2022.

So, in case you’re wondering what cars actually fit the bill, it is one of the legendary models mentioned below.

The first ever model to be labelled an “official” M car was none other than the legendary M1 which made its debut in 1978.

Boasting a powerful six-cylinder in-line engine and a striking name, the M1 became a major player in the automotive world from its debut.

With only 456 units produced, the racing sports model was crowned Germany’s fastest road-going sports vehicle with a top speed of 264.7 km/h.

This was little compared to the racing version that had a top speed well over 300km/h, in which Niki Lauda made his big appearance and won three BMW M1 ProCar races.

Its timeless design combined with pure racing technology were admired by fans of cars and racing alike that continues to do so to this day.

Although BMW M focused almost exclusively on the construction of performance and racing cars, many BMW enthusiasts were also looking for the BMW M power and badging on road cars.

This is how the first BMW 5 Series arrived in the form of the BMW 530, BMW 533i and BMW 535i, paving the way for BMW M Performance upgrades for the future.

The most historic year in the BMW M heritage however was 1986, with the introduction of the BMW M3 (E30).

Under the hood is the high-revving 2.3-litre inline 4-cylinder 16-valve unit with 200 bhp, later increasing up to 235 bhp in the Sport Evolution models.

This allowed the BMW M3 to dominate on track, while also being superb on the road. When the car was presented at the IAA in Frankfurt in 1985, it was a sensation and the BMW M3 quickly became one of the most iconic BMW M vehicles in the line-up for its numerous championship victories in touring car racing.

In 1985, the premiere of the BMW M5 (E28) series laid the foundations for another iconic model.  Its 3.5-litre inline six-cylinder engine produced 286 hp, which had originally been developed for the legendary BMW M1. The whole BMW E28 generation was known to be built entirely handmade until the end of production.

And then, we have the the BMW M635CSi which is one of the most significant models in the history of BMW M.

In 1984, the four-seater continued the concept of high-performance 6-cylinder in-line engines that the legendary BMW M1 had established just a few years earlier. But like no other BMW M model before it, it embodied the ultimate symbiosis of luxury and high performance. 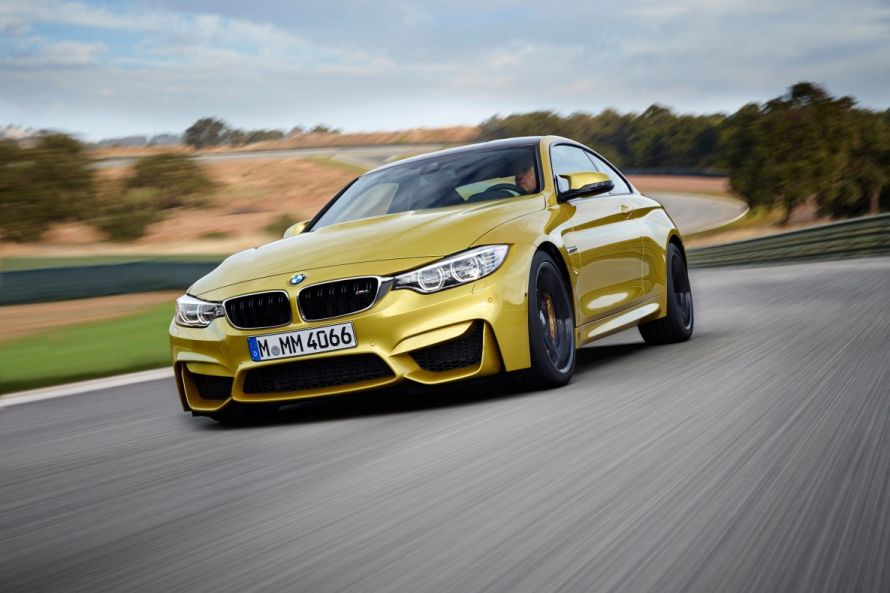 Besides these iconic models from the past, the current M models like the M2, M3, M4, X3M, X5M, and everything in between will also be celebrated to commemorate the occasion.

For those who didn’t know, the BMW M sub-brand was founded back in 1972 with 35 employees in and quickly became a fundamental part of the BMW Group, as it exemplified the engineers’ expertise in combining authentic motorsport functionality with exclusive and sporty aesthetics.

The car the team first worked on was the 3.0CSL which was created for the European Touring Car Championship.

The race car went on to dominate the championship every year from 1975 to 1979. The 3.0CSL is also the models of the first two examples of the BMW Art Cars which were painted by renowned artists Alexander Calder and Frank Stella.

That being said, you’re about to witness a whole lot of activities in conjunction with BMW M’s 50th anniversary next week and maybe even the unveiling of a couple of special models to mark the occasion, so watch this space for more updates from the folks at Munich.

This is the first fully-electric Gran Coupe from BMW Malaysia