BMW has built an X7 pick-up

Forget about Goodwood for a minute – feast your eyes on this thing. It’s a BMW X7 pick-up, created by 12 trainees from the company’s body and vehicle mechanics, vehicle mechatronics and technical model construction departments.

Based on the six-cylinder X7 xDrive40i – an old test car that would otherwise have been sent to the scrapper – the road-legal concept took the trainees some 10 months to build. They removed most of the rear bodywork, including the two rearmost seats, and then lengthened the body by 10cm.

A 140 to 200cm-long teakwood floor was added, and custom bodywork fabricated. Use of CFRP and 3D printing means the pick-up is an impressive 200kg lighter than a normal X7. Without a bike in the back, obviously.

‘Luxury’ pick-ups like this aren’t a totally new thing – especially in the States, where the likes of Cadillac and Lincoln have had goes at it in the past. So, have a click through the pics (interestingly, BMW hasn’t supplied one of the front…) and tell us what you think of BMW’s unexpected concept in the comments below.

There are no plans to put it into production – obviously – but were BMW to change its mind, reckon it’d sell? 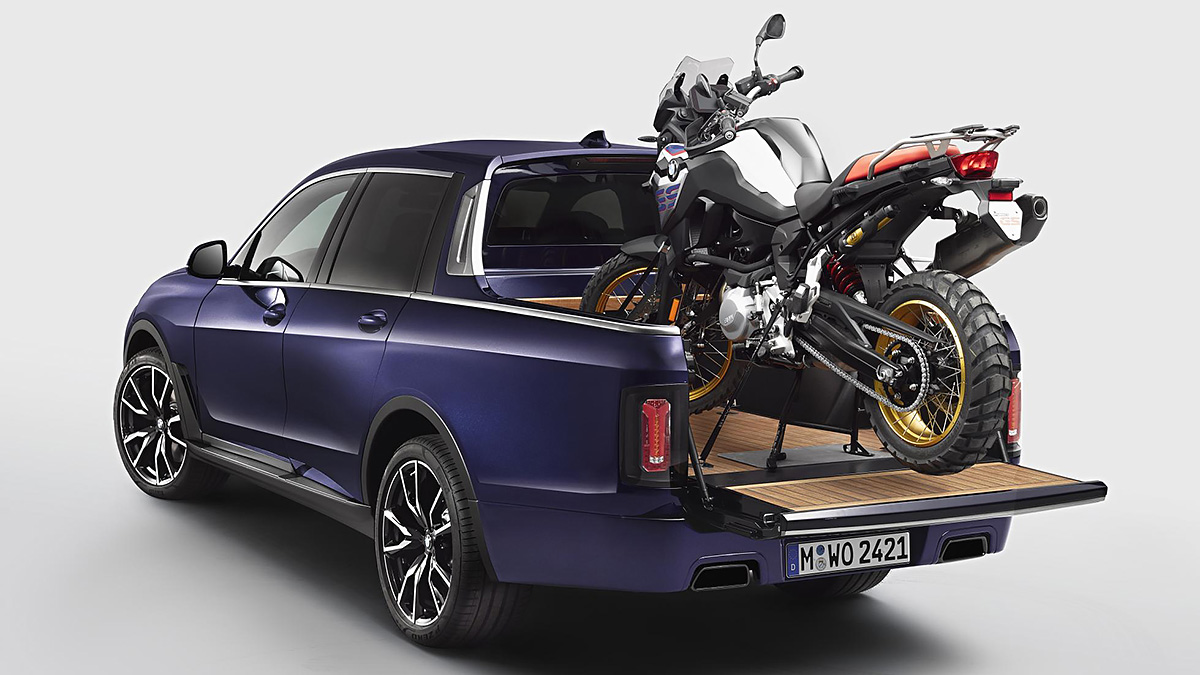 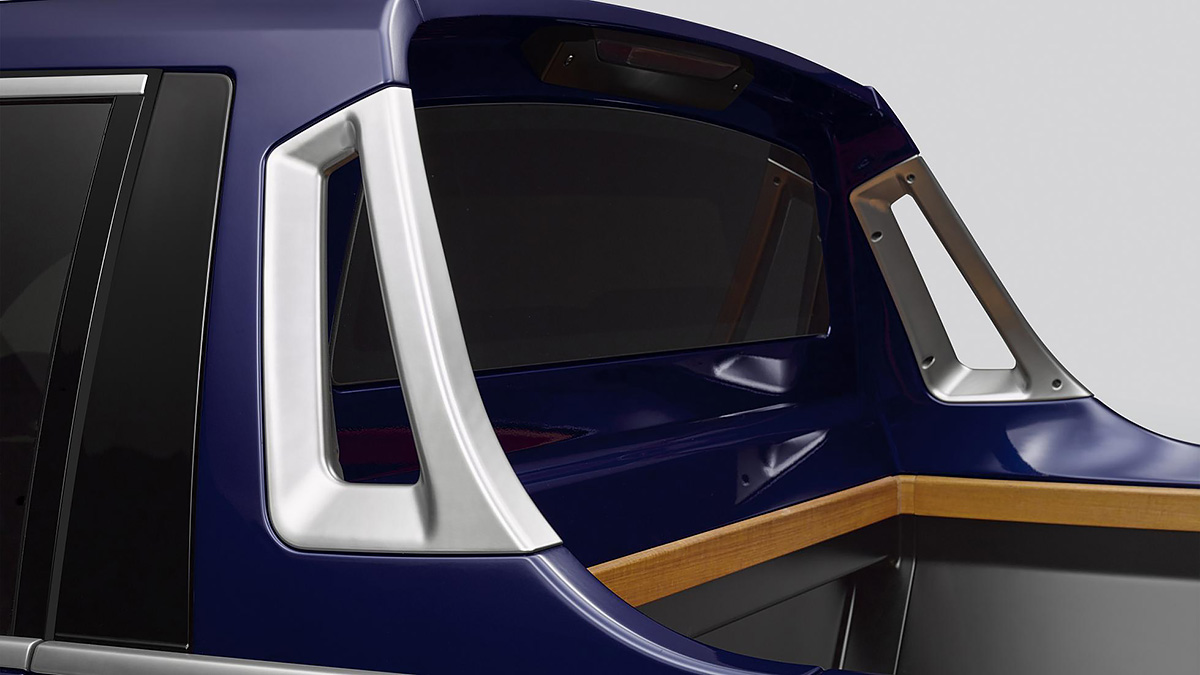 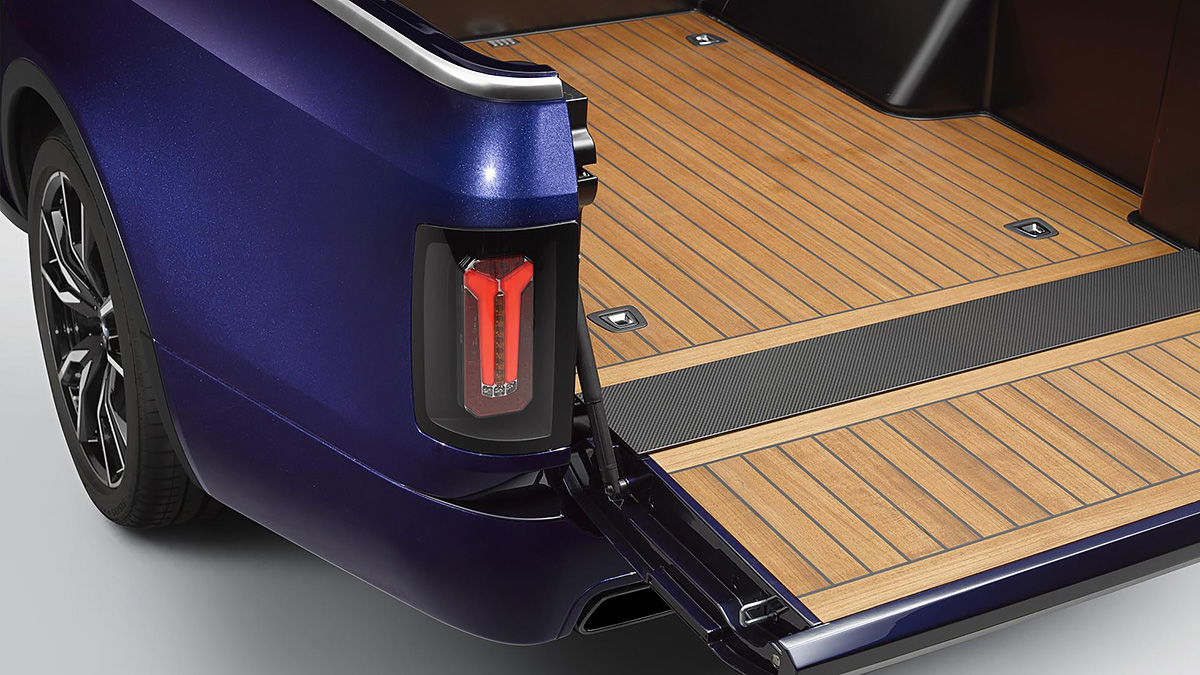 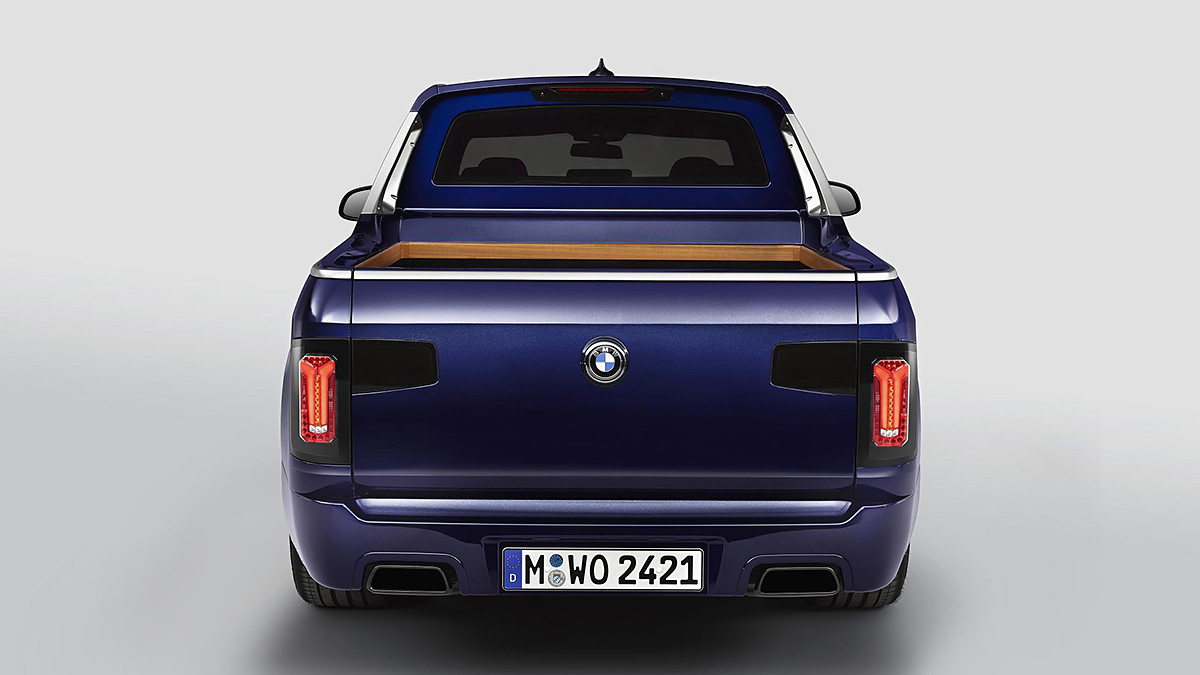 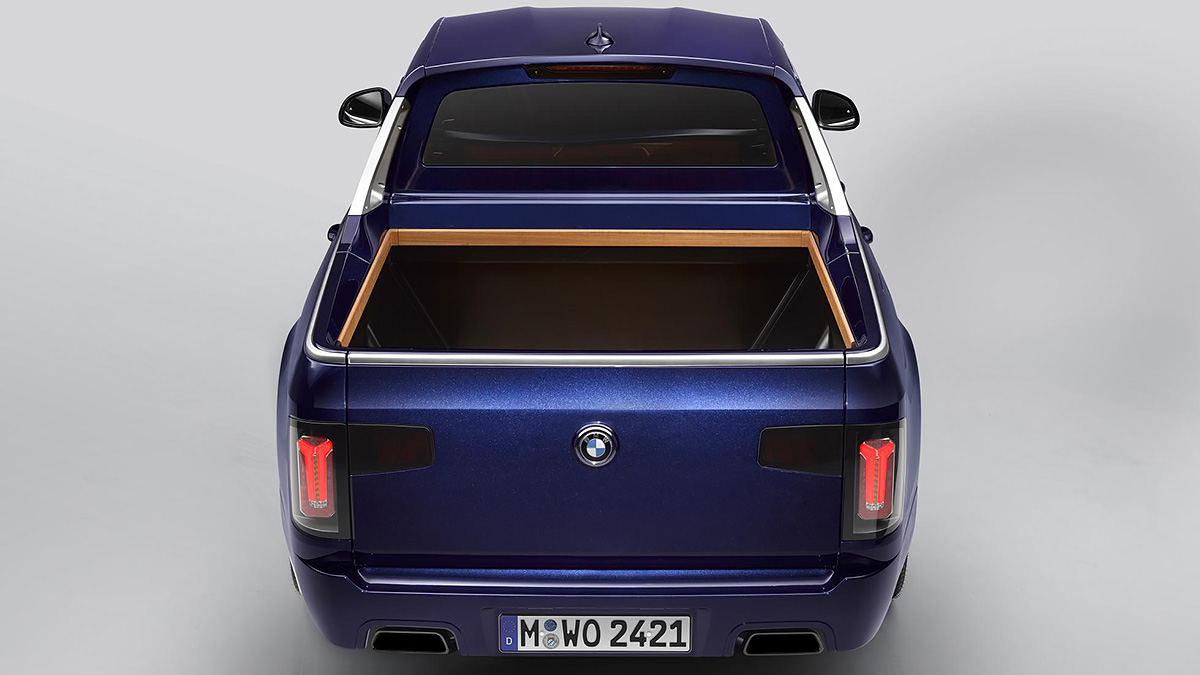 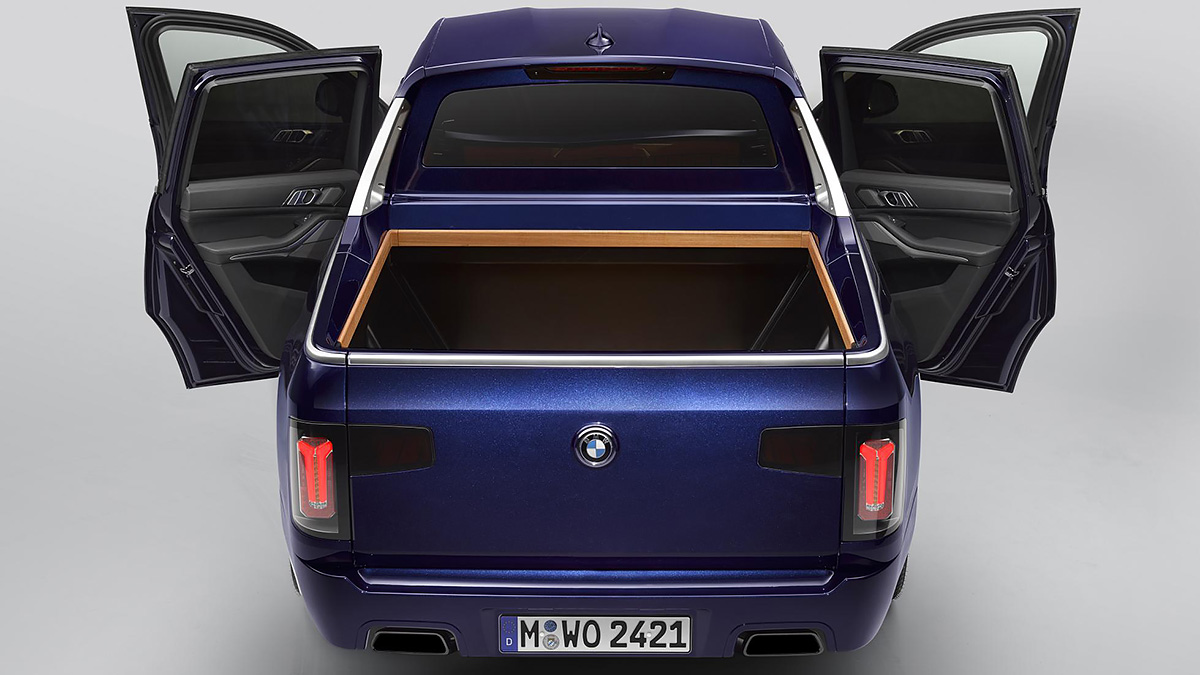 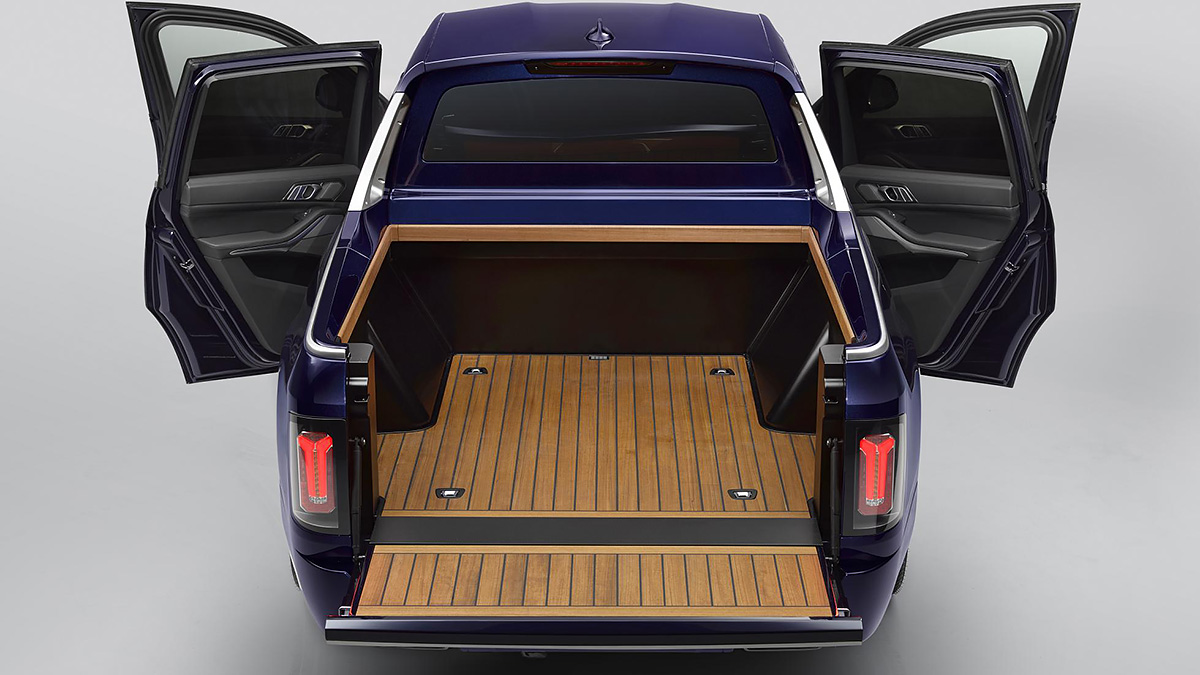 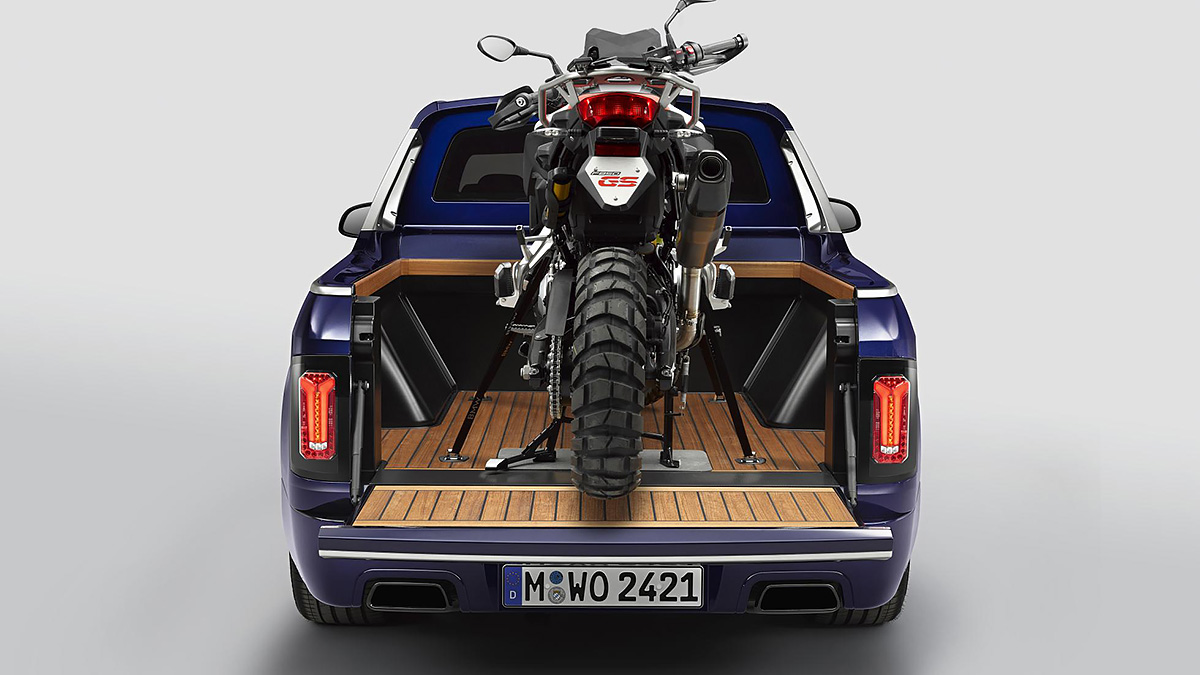 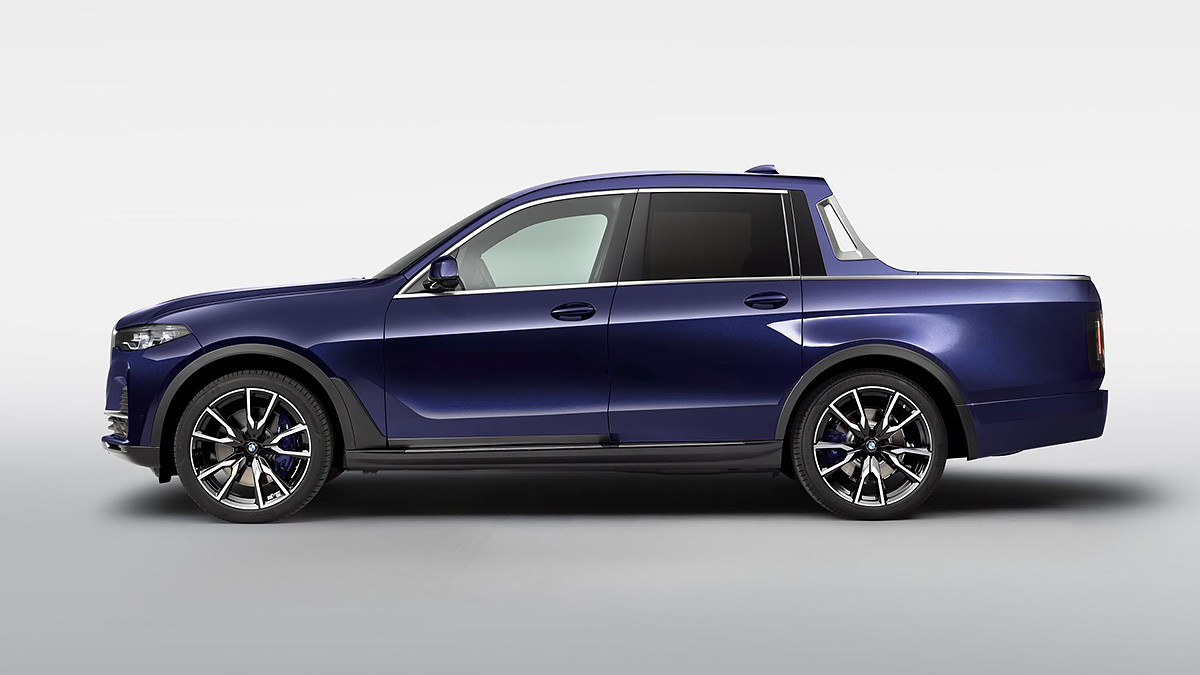 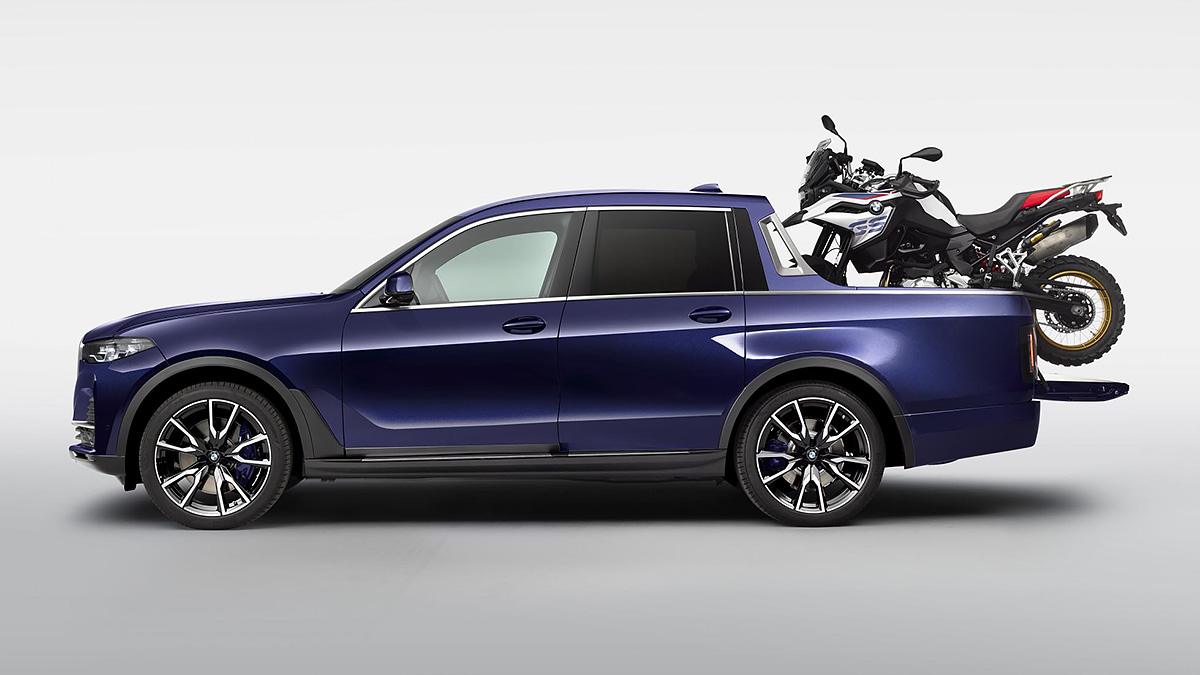