It has become a bit of a habit, it seems, and we don’t mind it at all. BMW Group Malaysia has unveiled the Concept X7 iPerformance right here in Malaysia just moments ago, evidently the first time it has ever set tyres in the South East Asia region as well. If all this feels déjà vu, jog your memory to a rather recent event where BMW Group Malaysia brought in the Concept Series 8 back in February. Or you can just click these words and see our quick video.

The X7 made its first public appearance at the 2017 Frankfurt Motorshow, which we reported and underlined just how large this Sport Activity Vehicle (SAV) is. A quick way to describe it is as the X version of the 7 Series. That pretty much sums it – luxury plus extra presence. 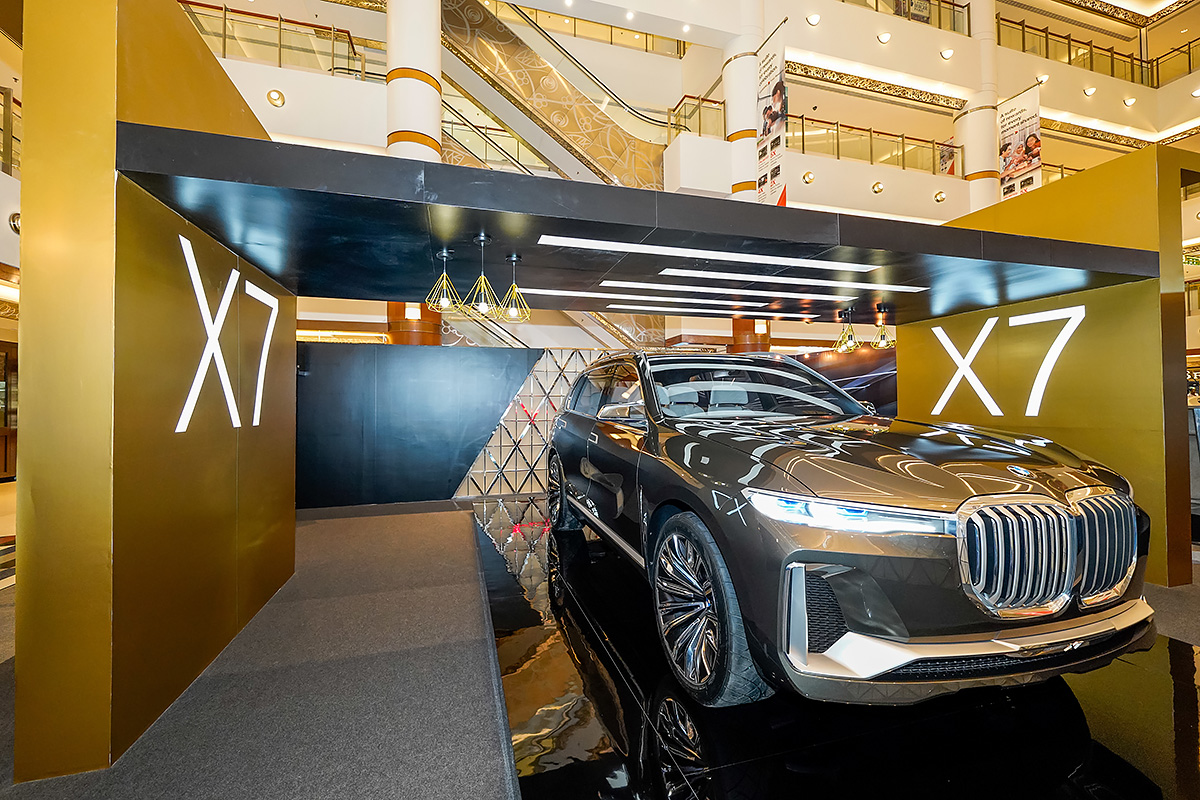 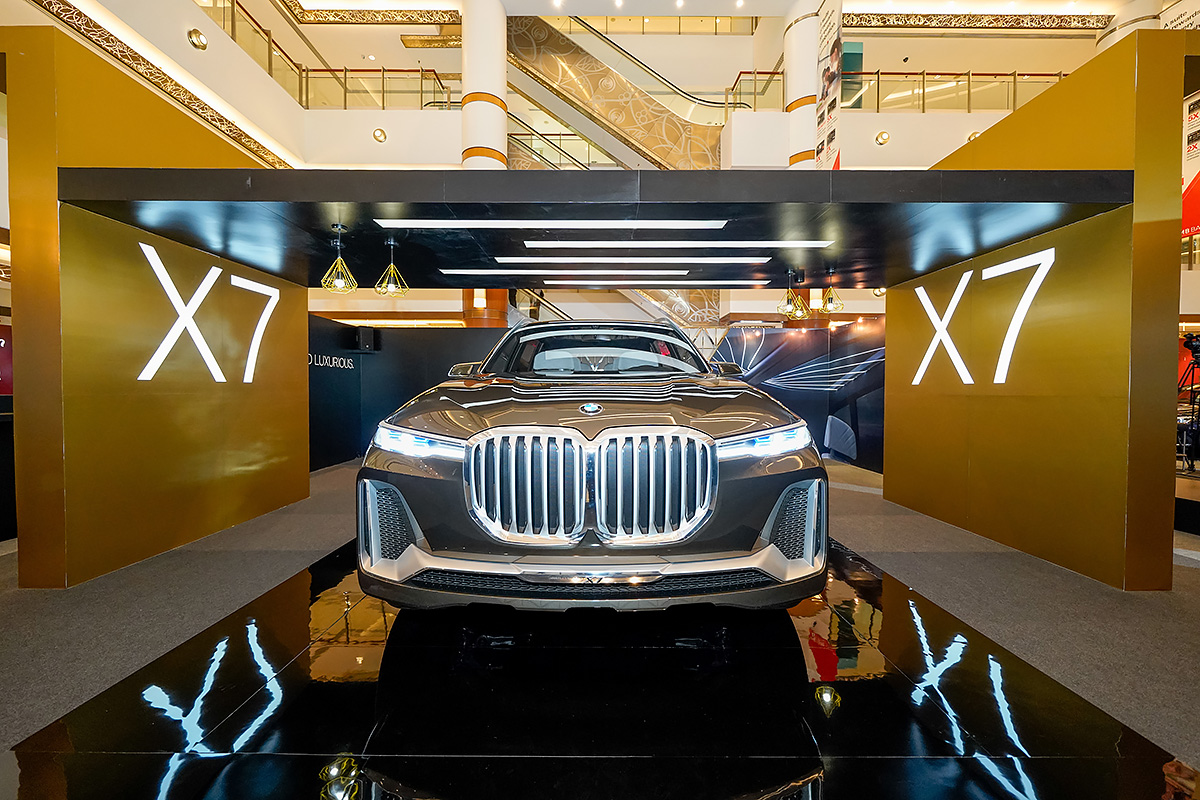 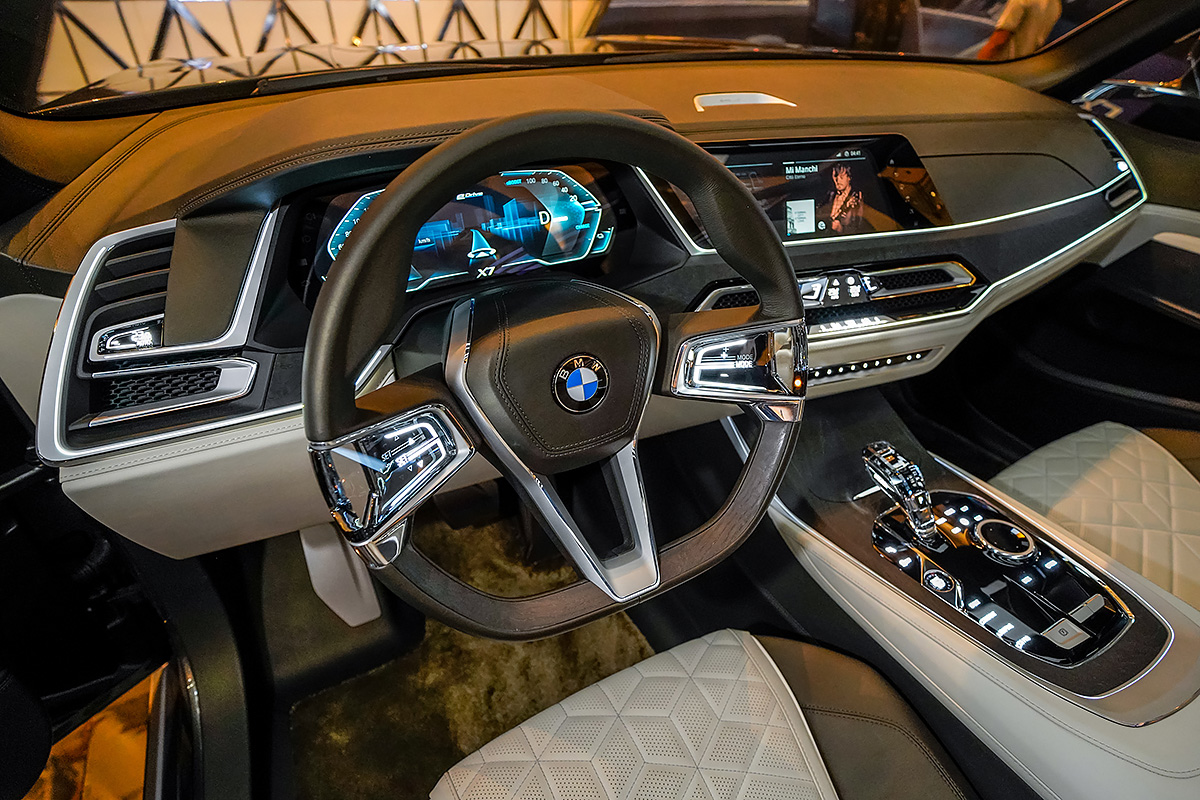 The size is not for nothing as the interior seats six in three rows comfortably, as what captain seats would should provide. Plenty of visual stimulation for the passengers as they get individual screens at the seat-back. At least that’s the case for those on the second row; third row passengers still get to enjoy views from the panoramic roof.

The Concept X7 iPerformance boasts a large single-piece vertical kidney grille, flanked by  twin headlight that links to the grille with BMW ‘laser light’. There’s a strong flank to the car of both tall, flat shoulder line and large glasshouse. Further underlining the Concept i7’s vast size is its wheelbase that’s visually exaggerated by a thin piece of metal which starts from the breather on the fenders to the tail end.

The rear is just as strong as the front characterised with the L-shaped embellishment at the two opposing sides and slim rear headlights. The lack of tailpipe gives emphasis on the iPerformance part of the X7 and its hybrid identity.

Let’s not forget that this is a concept, albeit one that already has pre-production models out for homologation and tests. So there’s some extra show car qualities to it, such as its self-opening door which reveals the interior; itself an area we can see but not touch. A bit sad, that bit. Otherwise, it’s a classy interior that has hints of BMW (the centre console, for example, and the row of numbered buttons). The touchscreen is 12.3-inch, as is the instrument display.

A real departure for modern connectivity via BMW Connected is the infotainment integration for front and second row passengers. Also, content can be shared between others in the car including music, articles, or even addresses extracted from email.

The BMW Concept X7 iPerformance is on display at the Bangsar Shopping Centre. The production version of the X7 is scheduled for launch in 2019, so here’s your chance to see the future in the form of a large SAV with electrified drivetrain, now.