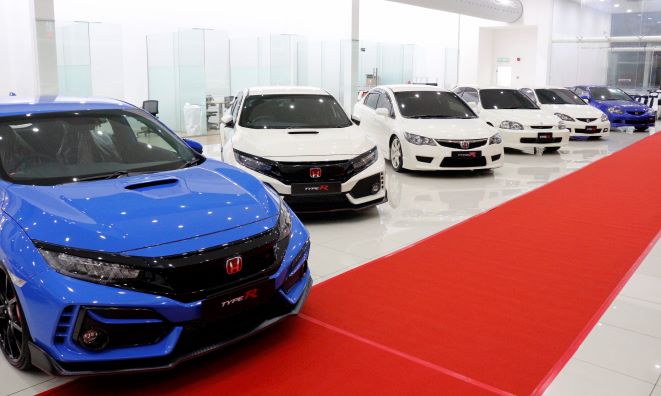 Ban Lee Heng Melaka has highlighted limited edition car models such as the European Type-R model, a rare car model in Malaysia. More than 80 Type R owners from all over Malaysia participated in the exhibition and had the opportunity to showcase their cars throughout the exhibition. The event was attended by more than 400 participants, visitors, media and crews on duty. The event's main highlight was officially showcasing the only FK8 Racing Blue Pearl for the first time during the show. This FK8 Racing Blue Pearl is the only car with an official warranty issued by Honda Malaysia and is also the only FK8 "facelifted" in Malaysia.

“I am very happy and thankful that we have received a tremendous response from the Type R fans around Malaysia. We have participants who came all the way from Kelantan and Johor Bahru. I would like to express my gratitude wholeheartedly to all of them who made their effort to come all the way to the event. This has once again proven to me that in Malaysia, there are actually a lot of passionate Type R enthusiasts. We do not expect the Racing Blue Pearl Facelifted FK8R to get so much attention.

Given the fact that this unique Facelifted FK8R is the only one unit that was officially brought in by Honda Malaysia, which means that this one unit comes with official Honda Malaysia’s warranty.” Said the Marketing Director of Ban Lee Heng Motor Group.