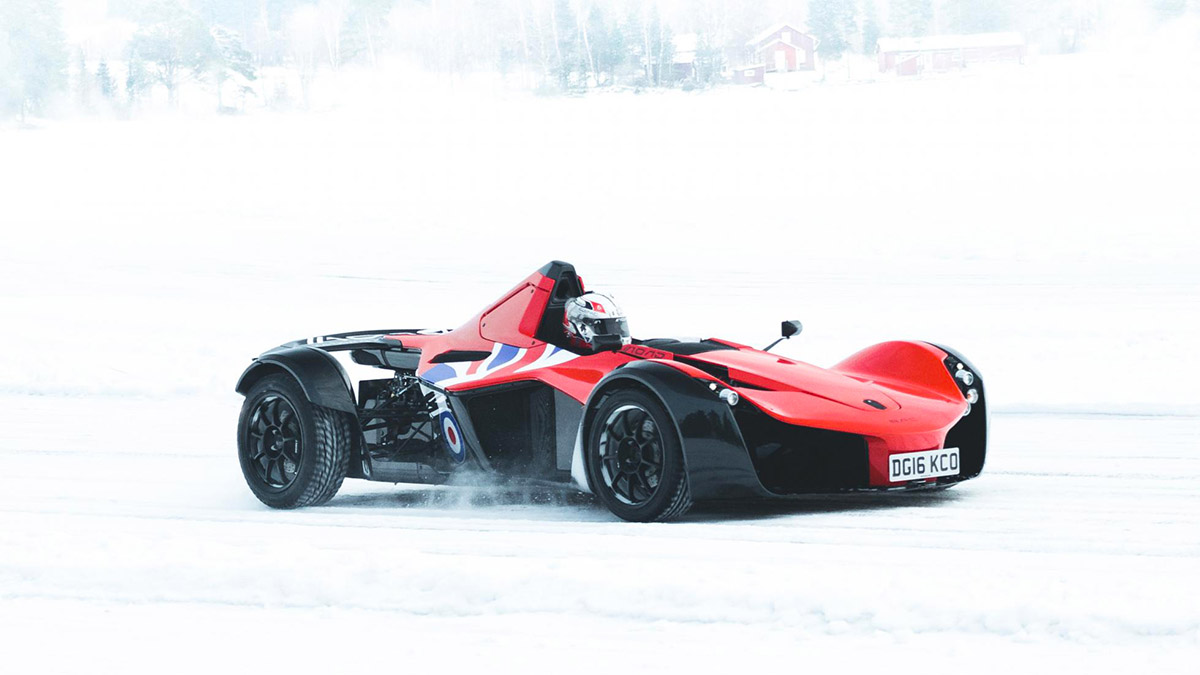 “Winter temperatures often drop to -30°C, sometimes even lower,” says weather geek-out spot weatheronline.co.uk about Sweden. “Snow covers the ground in southern Sweden from December to April, and in northern Sweden the first snowfall is often already in October.”

It’s October now, you’ll note. The month that BAC has decided to announce it now has an official dealer in Sweden, selling its single-seat, completely roof-, window- and heating-free Mono. It’s the 35th country to get official BAC imports, following traditionally warmer places such as the USA and Mexico.

The dealership will be managed by a man with 20 years’ experience of selling Porsches - John Larsson - and BAC Sweden will fall under the endearingly local sounding banner of ‘John’s Garage’, near Gothenburg. “I am delighted to officially represent BAC in Sweden and cater to the demand for the amazing Mono across the region,” Larsson says.

Yep, demand. BAC actually runs annual drift experiences on the frozen lakes of Åre in northern Sweden, amassing a local following in the process, and seemingly an orderly queue of Swedes wanting to buy a 280bhp track toy with not a modicum of weather protection.

We took a Mono to those very lakes a few years ago and can see where the appeal probably lies. Even if the temperature often drops to -30°C, or sometimes even lower…