Another Malaysian will race for Petronas Sprinta Racing in Moto3 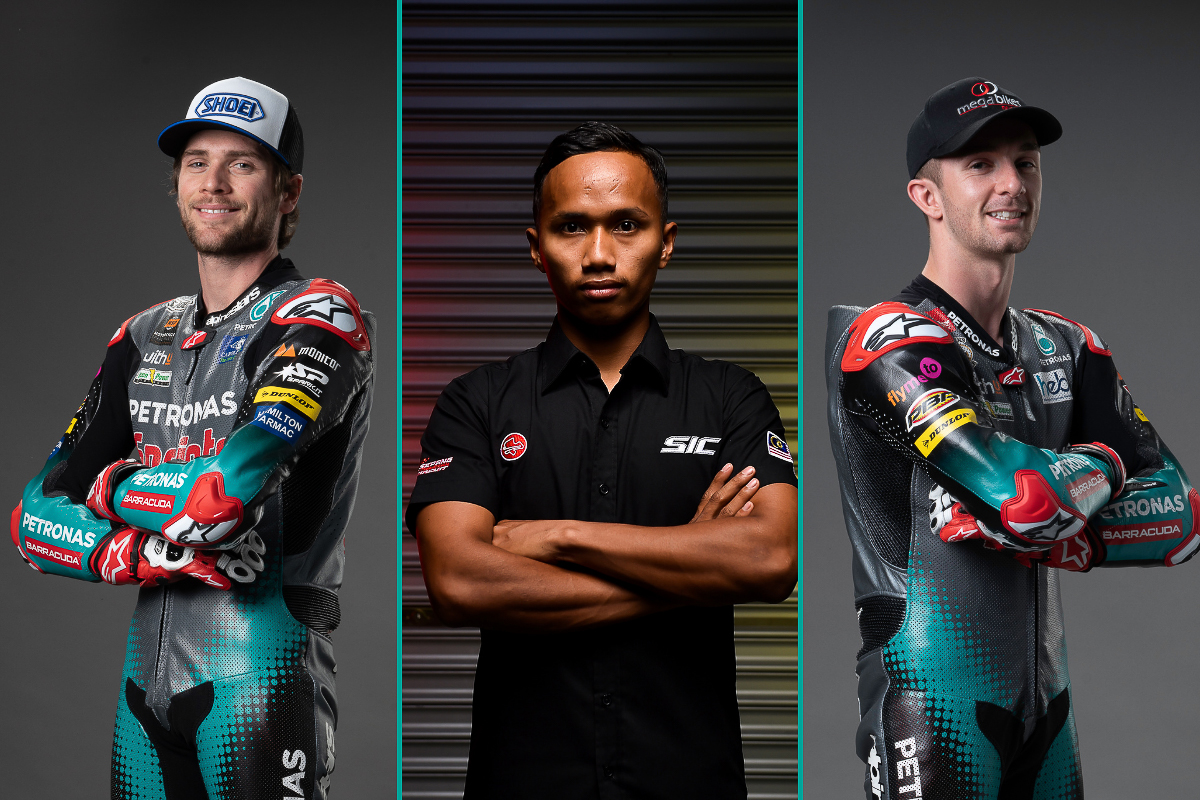 The Petronas Sepang Racing Team (SRT) will be changing things up for the upcoming MotoGP Aragon round this month. Jake Dixon will once again pilot the Yamaha YZR-M1 in the premier class, while John McPhee gets the call to test his skills in Moto2. This also means that there's an empty seat in the 250cc Moto3 category, and that chance will be given to 19-year-old Malaysian, Syarifuddin 'Damok' Azman.

It's for sure a big change going into the next MotoGP round for the Petronas SRT squad, but this opportunity will see what these boys are capable of when given the chance to 'upgrade' in one of the world's most competitive racing series. Our support goes out to the entire team, but more so on Damok who has shown great promise in the FIM CEV Championship, including a sensational race win. 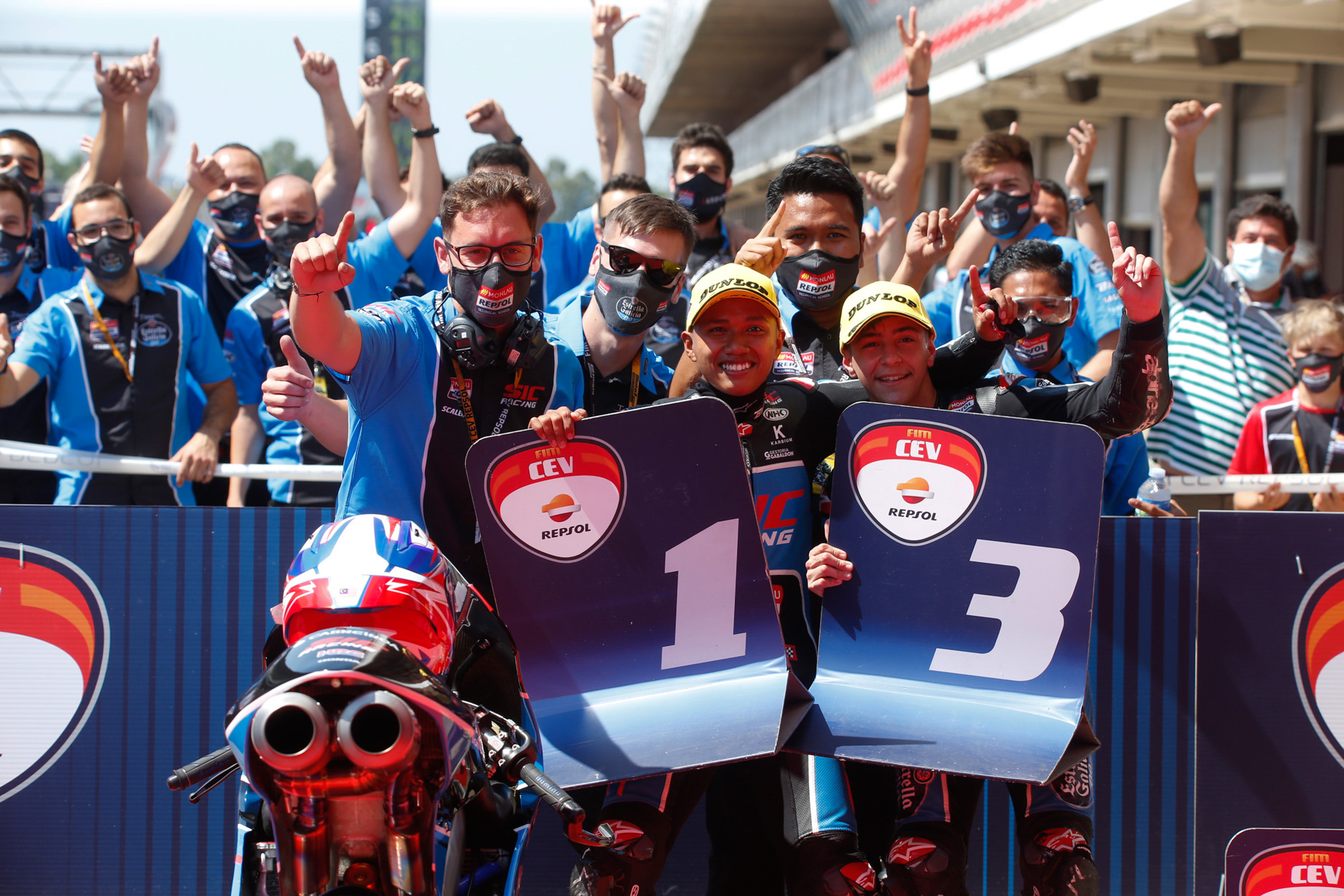 According to Dato' Razlan Razali, Team Principal of Petronas SRT, "The current dynamic status of the team allows some exciting opportunities for our riders and also new talent. We were satisfied with Jake’s MotoGP debut at the British Grand Prix so want to give him the opportunity to continue his learning in the MotoGP class in Aragon. This of course leaves a space in his seat in Moto2 which we wanted to give to John, who will make his Moto2 debut." 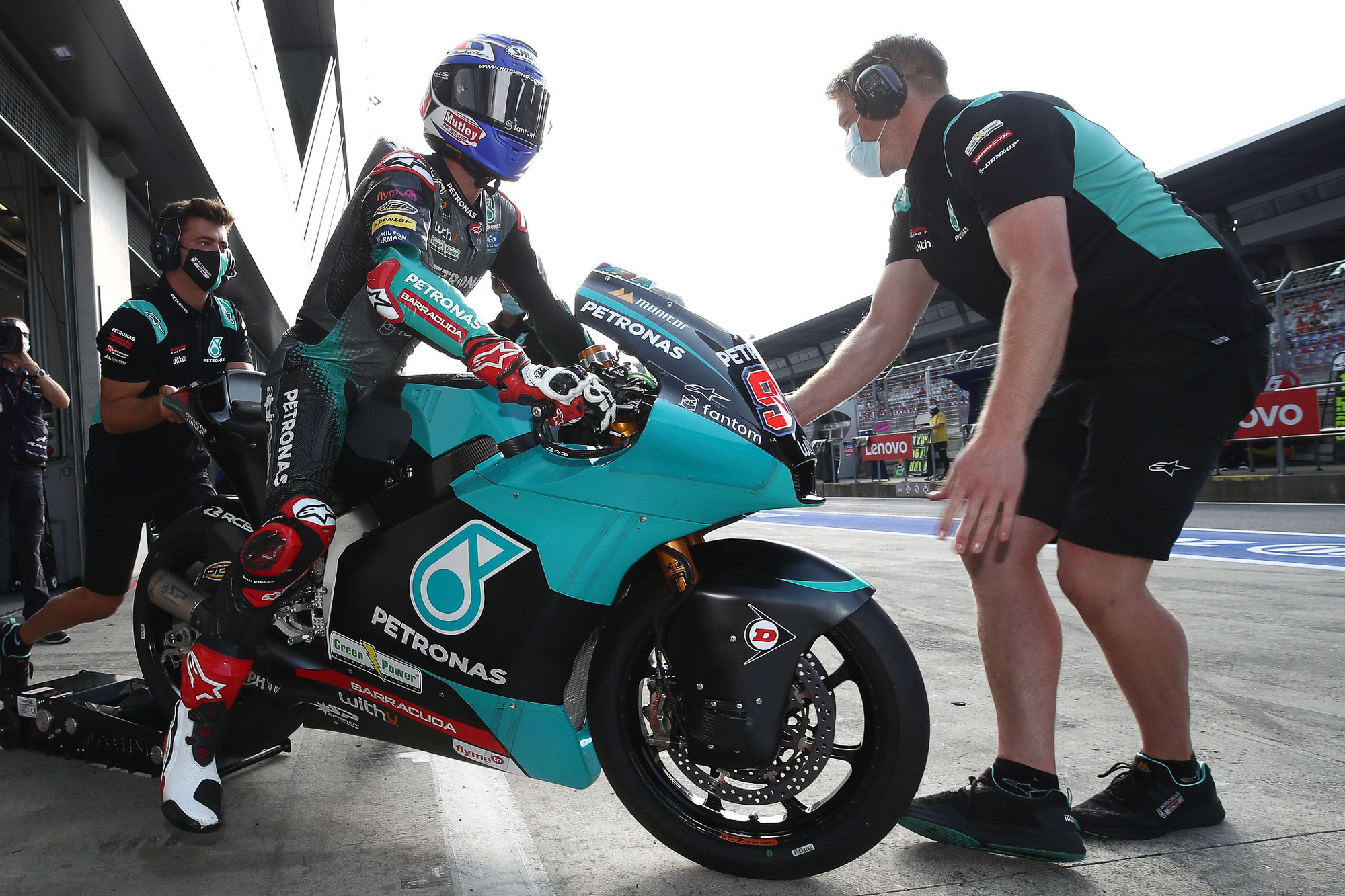 "Subsequently, this leaves a perfect platform for us to lend his seat to Syarifuddin Azman from the FIM CEV. Azman won one round in Barcelona of the FIM CEV, and I think it’s a great chance for him to gain experience to determine his level in the Moto3 World Championship. We are excited by the prospect of giving exposure to our young riders and we wish them all the best," added Dato' Razlan.

As for Syarifuddin Azman, he commented, "I am so happy and so excited to race in the Moto3 World Championship and I want to say thank you to PETRONAS Sepang Racing Team for giving me this opportunity. It’s a very valuable chance that doesn’t often come along, so I am working even harder to give my best for the race."

Maverick Vinales on the Aprilia RS-GP - "most happy"