The RX-Vision concept has been revealed in Tokyo 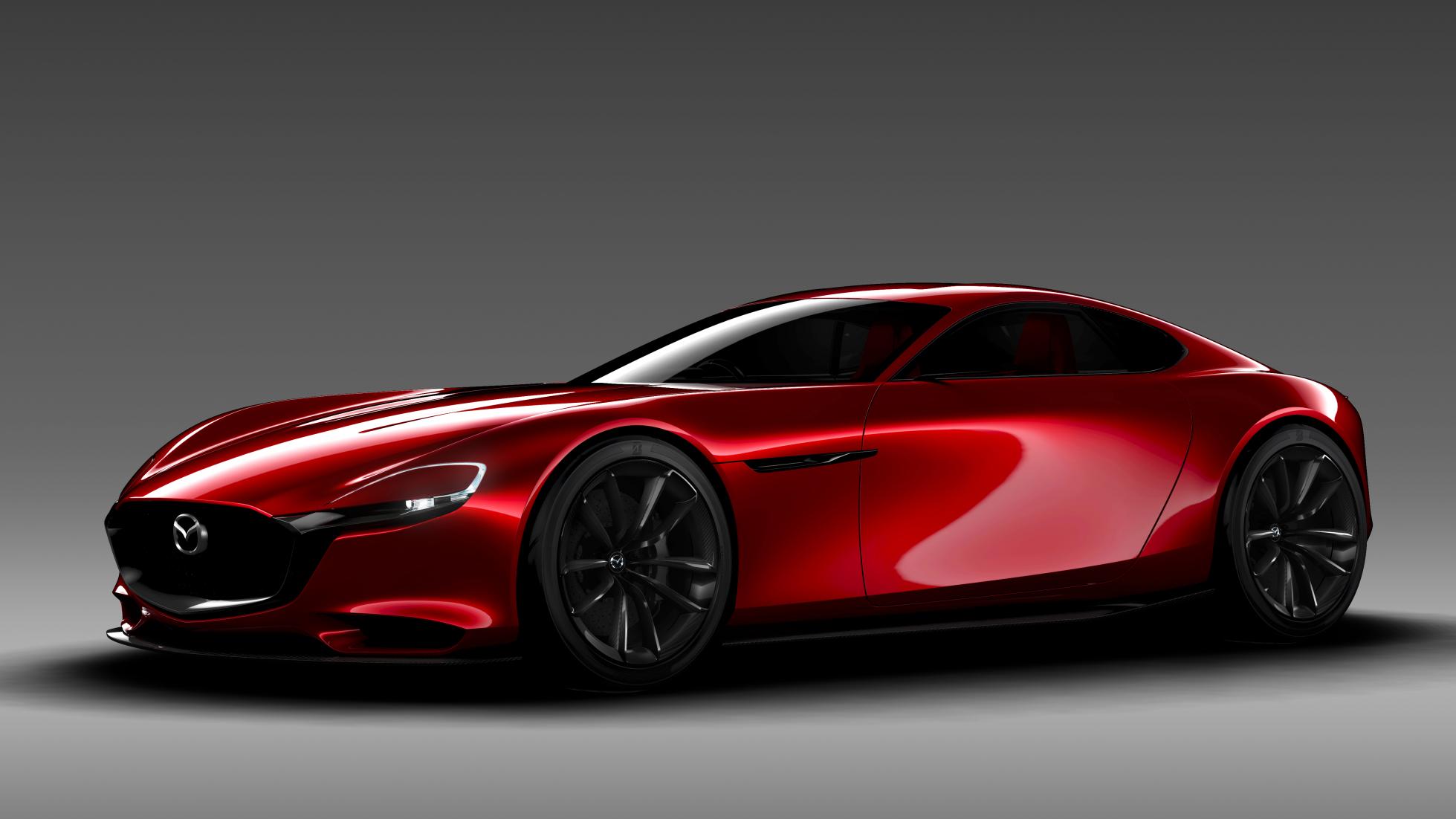 Today we get to see the next chapter in Mazda’s love affair with the rotary engine: it’s called the RX-Vision, revealed today at the Tokyo Motor Show.

A time to rejoice then, that there’s still room for freedom of expression in an increasingly homogenised car industry. The RX-Vision is a two-door, two-seater sports coupe that previews a successor to the RX-8 – we’ll give it a working title of RX-9 for now.

And In a moment of impressive product planning symmetry, it’s been 12 years since the RX-8 arrived, the exact same gap between the third-generation RX-7 and the RX-8. Clearly the time is ripe for Mazda’s next halo model. In fact, 2017 marks fifty years since Mazda’s first rotary-powered car was launched - pencil it in for now.

At this stage Mazda is playing hard ball and refusing to confirm exactly when the RX-Vision will go into production, but it did attach this slogan to the teaser video: “This model represents our dream. But we don’t want it to stay a dream forever.” Sounds pretty unequivocal to us.

The RX family’s front-engine, rear-wheel drive formula is untinkered with, but what’s under the hood is box fresh – a “next generation” rotary engine christened SKYACTIV-R that Mazda says addresses the three perennial stumbling blocks for Wankel engines – economy, emissions and reliability.

Right now, Mazda isn’t talking about power and performance figures, whether it’s turbocharged, supplemented by an electric motor or even how many rotors it uses. We’ll keep digging, and bring you updates as and when we hear more.

The styling conforms neatly with the minimalist Kodo design language already deployed across the entire Mazda range – further hinting at its production readiness. But whereas the MX-5 is all built around a compact and lightweight philosophy, the RX-Vision gets to stretch its legs a bit. As you’ll no doubt spot, it’s absolutely gorgeous.

Clearly, Mazda doesn’t do things like everyone else. It’s shunned turbochargers in its small SKYACTIV petrol engines, kept the MX-5 alive and kicking despite shrinking roadster sales globally and has demonstrated an unwavering commitment to the rotary engine since the early 60s – the only major car maker ever to do so. And just when you thought a rotary engine couldn’t possibly meet modern emissions regulations, it’s gone and pushed the boundaries again.