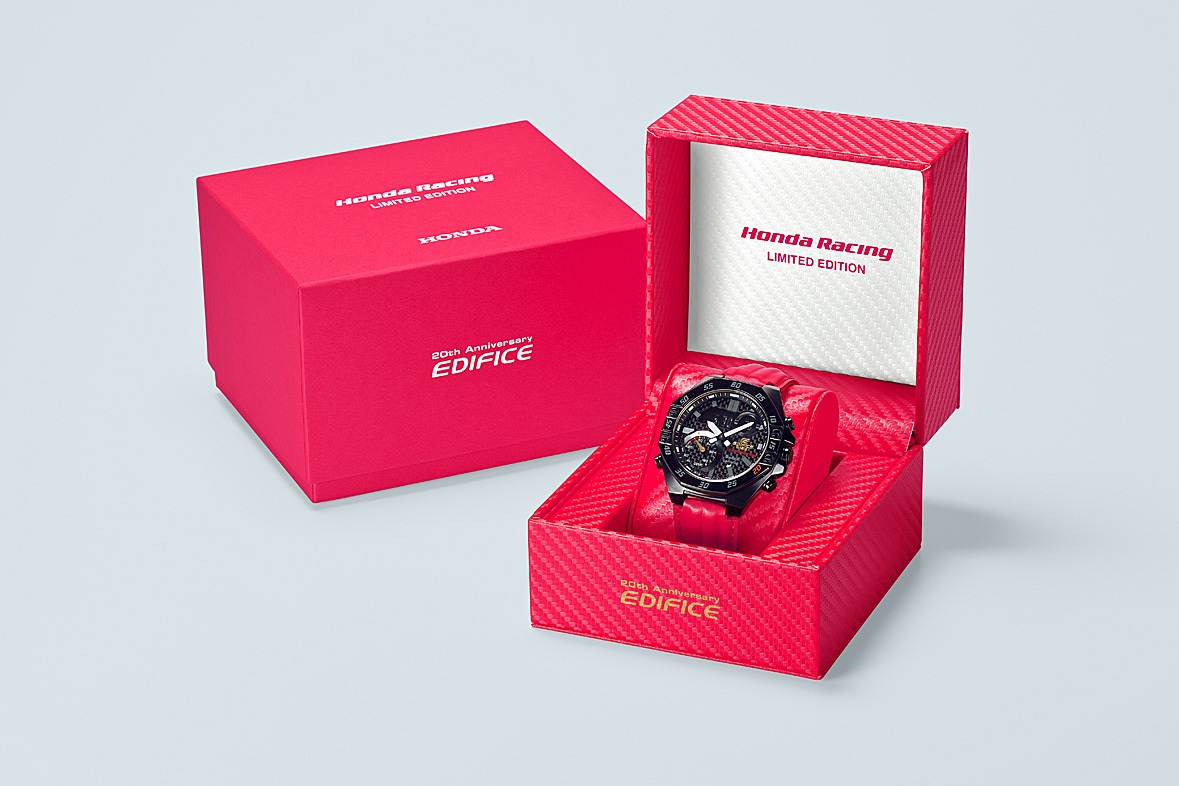 If you're a keen Formula One fan, you've probably noticed the Casio logo on the cars of Scuderia AlphaTauri (formerly Torro Rosso) before. While most F1-related merchandise, particularly those manufactured by known lifestyle sponsors, usually cost a bomb, the collaboration between Casio and AlphaTauri has yielded a product that costs less than a third the price of the upcoming iPhone 12 Pro. The only catch is that it's a Honda Racing-branded watch rather than an AlphaTauri one, not that it's a lesser name if you know a thing or two about motorsports.

Honda Racing is the engine supplier of AlphaTauri and Red Bull Racing after all. And the motorsports arm of the Japanese carmaker has collaborated with Casio to produce a special timepiece to commemorate 20 years of the latter's Edifice collection. Enter the ECB-10HR, a particularly racy watch that's largely defined by the red-and-black colour scheme synonymous with Honda Racing, with copious amounts of sporty Honda branding adorning the 51mm case made of a carbon-like material. The folks at AlphaTauri were actually consulted in the development of the watch, which packs high-tech features commonly associated with the Edifice collection such as Bluetooth communication and Mobile Link functions.

The ECB-10HR is essentially a celebration of Honda Racing and Casio Edifice in a single package, and it doesn't cost as much as you might think given the milestone it represents. It currently retails for RM1,499 at all Casio G-Factory stores and authorised outlets nationwide, making it a competently-priced alternative to smart watches for motorsports fans who can't be bothered to charge their watches regularly. It'll certainly pair quite well with a red Honda City RS or Civic Turbo!